Home » The power of Pollinate: Shining a light on India’s slums
Responsible Travel

The power of Pollinate: Shining a light on India’s slums 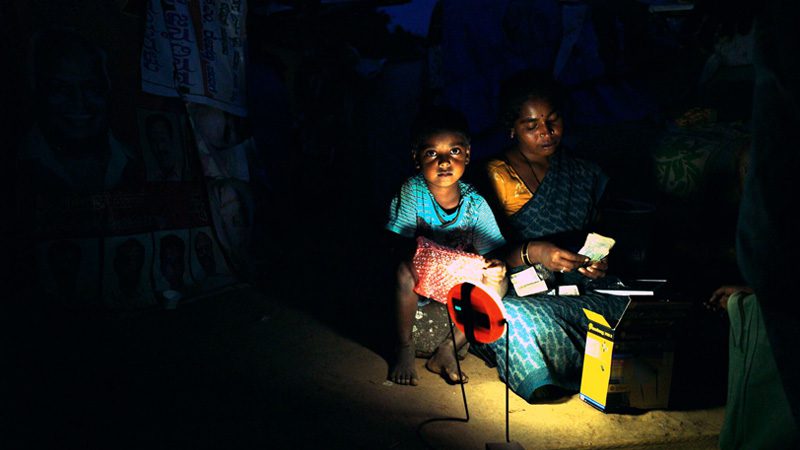 Pollinate Energy is a social business with a simple mission – to improve the lives of India’s urban poor by giving them access to life-changing and affordable products. With a focus on sustainable solutions, such as portable solar lights and improved cookstoves, people are able to reduce indoor smoke, have better quality light, use less fuel and save money. Because in India, indoor air pollution from kerosense or wood stoves is the second highest cause of death by disease. This is the story of Pollinate co-founder, Alexie Seller.

I met the rest of the Pollinate Energy team late in 2012 over lunch, just as they were about to get started. I was pretty inspired by what they were doing, and had a lot of free-time having just quit my job to try out other things, so I decided to head over to Bangalore to help them launch. Looking back, I had no idea what I was getting into, but isn’t it incredible how one meeting can change your life?

When I got there, I could see the challenge clearly. Pollinate Energy started out as a solution to a real problem – that the poorest people in India’s urban slums were not being served by anyone, and they desperately needed an alternative to the smoky homemade kerosene lamps, that kill millions in India each year, in their small tent homes. The motivations for our team were all the big names. Climate change. Poverty. Access to energy. But it has since become something quite different. 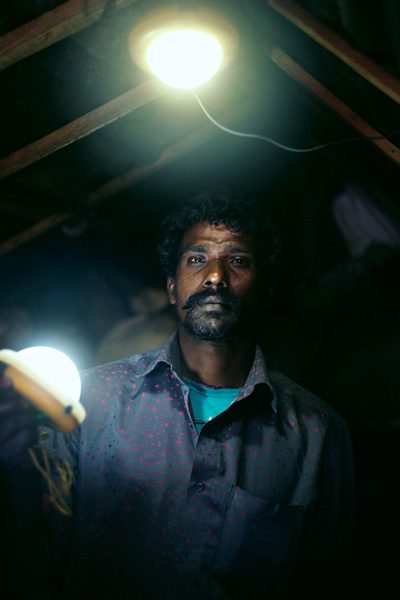 For me, the transformation happened earlier last year. I was with a group of students looking for a story from one of our customers. Manjunath, one of our longest serving Pollinators, took us to Lakshmi’s home. Lakshmi was one of our first solar light customers. Her story is typical of so many of the families we come across in our communities he thought it would be a good example. 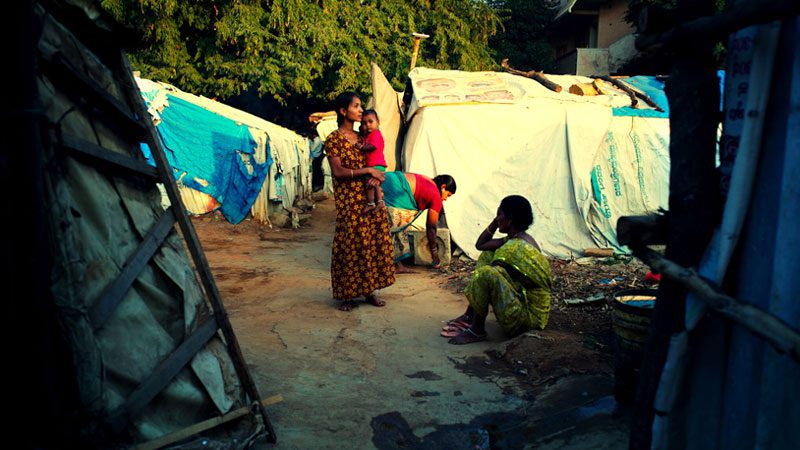 Lakshmi grew up in rural India, in a poor family, unable to attend school. Her parents couldn’t afford to look after her, and at the age of 12 she was married to a man in her village. The two of them made the long journey to Bangalore where they could find work. They arrived empty handed, and settled into a small slum community on the side of the road.

When we met with Lakshmi, she was 26 years old – 14 years on – and still living in an urban slum. It was no longer just Lakshmi and her husband, but also their four children living in that tent.

You can have a guess at what my life had been like up until then, and you’d be right thinking it was nothing like hers. I was educated at University, I wasn’t married – and if I were it would have been my choice – and I certainly was not planning on having children anytime soon.

Lakshmi has vowed to stay in Bangalore until her children finish their schooling. Judging on the previous 14 years, that would mean a grand total of 30 years living in a small tarpaulin tent with nothing but a kerosene flame to light up the darkness.

But this has changed, with her simple solar light. Now Lakshmi has better light so she can see her children play and study together, a safer home so she doesn’t have to worry about them knocking the lamp and causing a devastating fire, and the knowledge that she can work hard to give her children the opportunities she never had.

It’s moments like these that make me believe in what we’re doing.

“I am working very hard, because I want my children to have a brighter future. This is my dream.” – Lakshmi, 26, Bangalore

Intrepid is partnering with Pollinate to help shine a light on India’s poor urban communities. Find out more here. 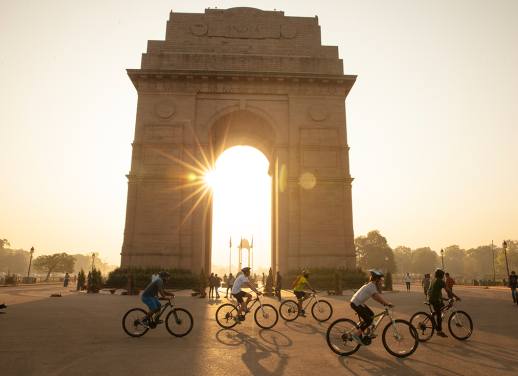 Alexie Seller is the Director and National Manager of Pollinate Energy, a not-for-profit social enterprise that aims to eradicate energy poverty by providing urban poor communities in India with access to sustainable energy technologies on micro-loans. Alexie is a keen traveller with a wealth of experience working and living across Australia and Latin America, but now her targets are set on India!

Listening to you on radio national excellent stuff