Home » Trip or treat? Our spookiest adventures from around the world
Features

Trip or treat? Our spookiest adventures from around the world 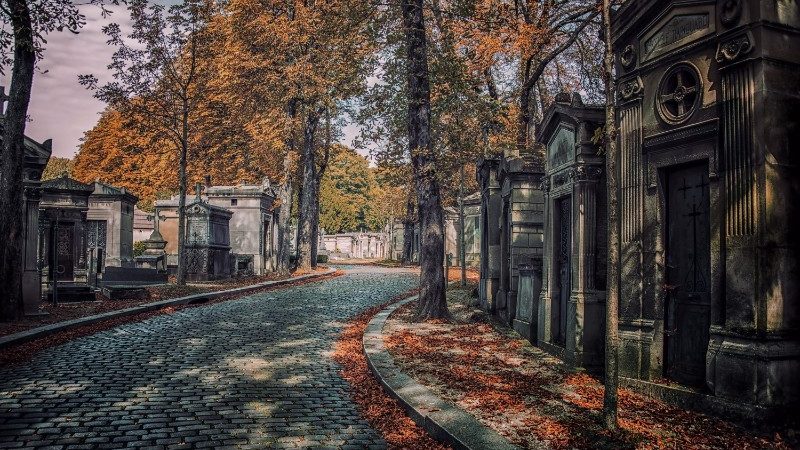 UPDATED: This blog was originally published on October 30, 2014.

It’s that time of year: Halloween. And things are getting spooky at Intrepid. Several staff called in sick during the full moon and we’re pretty sure there’s a malevolent presence haunting the coffee machine.

But instead of calling in the Ghostbusters, we decided to get into the spirit, so to speak. We’ve come up with a list of our most terrifying trips that take travellers to the world’s spookiest events and destinations. Read on – IF YOU DARE! 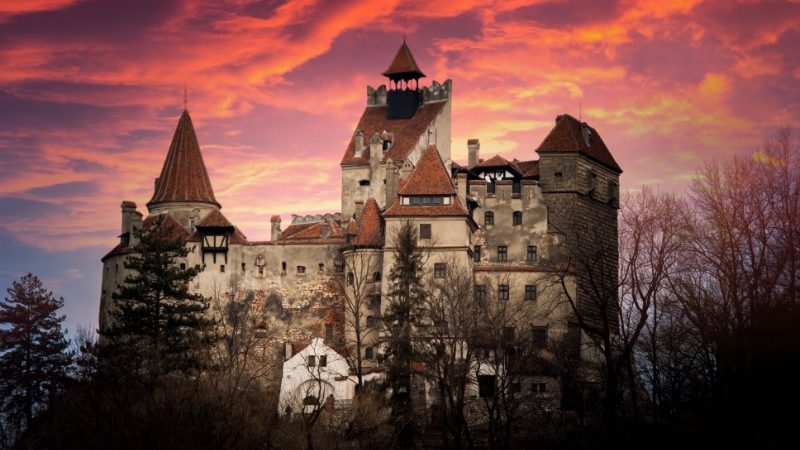 This isn’t a fortification built of wheat; this is the original home of Dracula (at least according to most sources). Perched on a creepy crag overlooking the lowlands and backed by the mist-shrouded mountains of Transylvania, it was briefly the residence of Vlad Tepes (you may know him as Vlad the Impaler), a fairly hideous man who took great pleasure in torturing his victims in extremely unpleasant ways. It’s said he impaled around 100,000 souls during his reign of terror, so it’s no surprise he’s the supposed origin of the Dracula mythology. Truth be told, Bran Castle wasn’t Vlad’s actual home, but the place has become synonymous with the story. It doesn’t matter much anyway: when you’re walking through the claustrophobic medieval interiors or navigating the eerie secret passageways beneath the fountain in the castle’s courtyard, you’ll feel goose bumps. It’s the kind of place you definitely don’t want to be left behind in.

HAVE A HAIR-RAISING HALLOWEEN IN TRANSYLVANIA

Day of the Dead 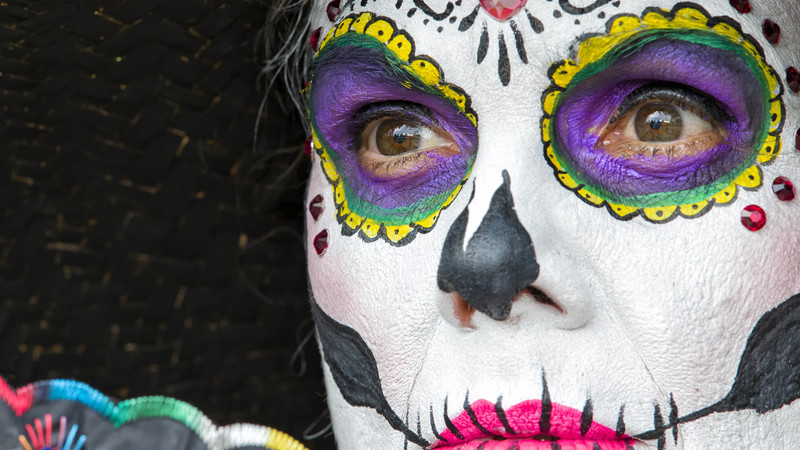 This is one of the only festivals in the world where the dead are actively encouraged to take part. The Day of the Dead (or Dia de los Muertos) is Mexico’s answer to Halloween. It’s actually quite a lovely idea: faith holds that on the night of October 31, the gates of heaven open and the spirits of friends and family who have passed-on return to earth to celebrate with the living. It’s a time for honouring ancestors, but it wouldn’t be Mexican if it weren’t also one giant spooky party. Explore Mexico City by day, then venture into the graveyards at night for the famous moonlit festivities. This is a day to die for (metaphorically speaking, of course).

TAKE PART IN DAY OF THE DEAD FESTIVITIES 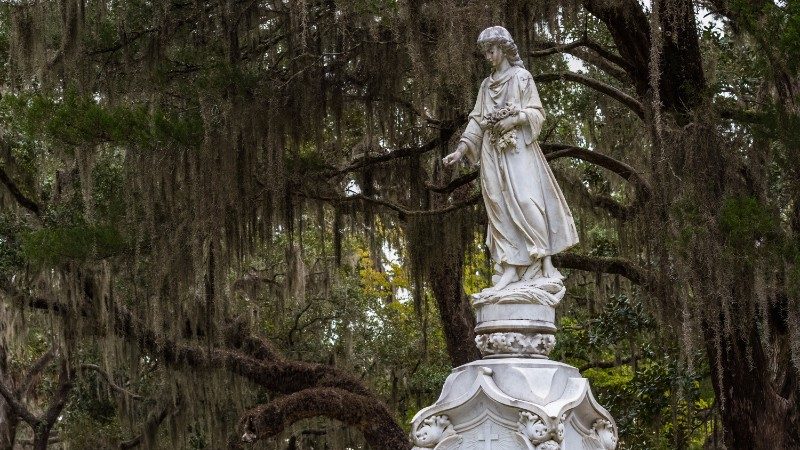 If the stories are to be believed, there are ghosts lurking around every corner in Savannah (it holds the current title as the most haunted city in America). From the spirits of soldiers killed in battle during the Siege of Savannah in 1779, to the unlucky victims of multiple outbreaks of Yellow Fever, there’s a definite spine-tingling energy in the city. In the Marshall Hotel, used as a hospital for Union soldiers and again during the Yellow Fever epidemics, guests have reported taps turning on and off by themselves and hearing children screaming in the corridors – but when they open the door to tell them to hush, THERE’S NO ONE THERE. In the Moon River Brewing Co, said to be the most haunted place in Savannah, patrons have spotted ghostly figures loitering on the stairs, and have had to duck to avoid the odd flying bottle, thrown by disgruntled apparitions. 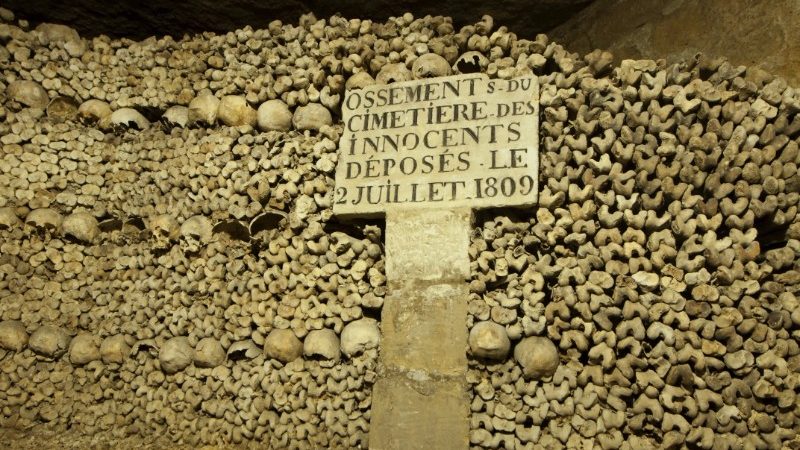 If you search for the ‘catacombs of Paris’ on Google Maps, its description says ‘Tunnel complex filled with millions of skeletons’. This is a very accurate description. Not many people realise that beneath the cobbled lanes and tiny patisseries selling raspberry macaroons lies a subterranean labyrinth filled with about six million skeletal remains. We’re talking rows and rows of skulls, avenues of femurs and ribs, and terrifying faces frozen in stone. It’s not often you get to use the word ‘catacombs’ in a sentence, but when you do, this is what you imagine. They were built in the early 19th century to cope with the overflow from the city’s major cemeteries, and are now the city’s most macabre museum. While the City of Lights begs to be explored, it’s the darkness beneath that you really shouldn’t miss.

PREPARE FOR CHILLS IN THE CATACOMBS 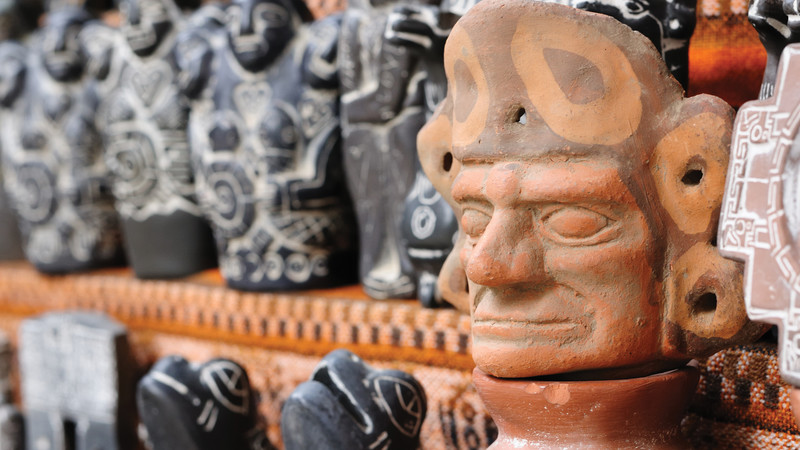 At most markets, it’s fair to assume you’ll find your basics: bread, eggs, a nice range of fresh veggies… Not so for residents of La Baz in Bolivia, whose local market – the Witches Market – caters to all things occult. Walk past the smiling vendors, dressed in colourful garb with cute bowler hats, and into the heart of the market, where you’ll find wooden omens and stone totems, promising to deliver good luck to those who buy them. Further on, invest in potions to aid in weight loss, pregnancy, and (ahem) bedroom support, as well as bundles of incense to ward off evil spirits, and buckets of dried frogs, bones and llama foetuses to mix up a spooky potion or two. It’s said that the dried specimens are buried under the foundations of all new buildings in the region, as an offering to the goddess Pachamama, in exchange for good fortune. Righteo.

BRUSH UP ON YOUR POTION MIXING IN BOLIVIA

The Hill of Witches 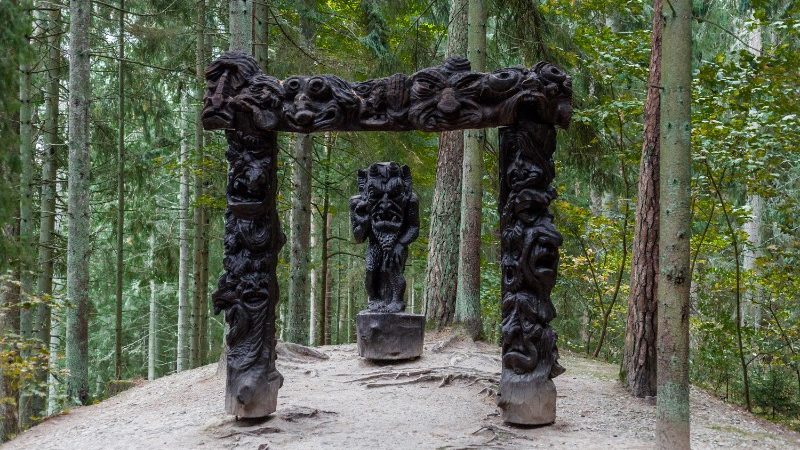 On a forested sand dune overlooking Lithuania’s Curonian Lagoon, you’ll find The Hill of Witches, a macabre outdoor sculpture gallery among the trees. Local artists have carved trunks and stumps into demonic icons and snarling faces, leering grins and characters from Lithuania’s dark folklore. During the day, with the sun shining and bluebirds singing in the trees (it’s always bluebirds), the place isn’t too spooky. But once the sun sets, the sculptures take on a more sinister note. While we don’t leave travellers on the hill overnight, we imagine it would be suitably terrifying as the shadows lengthen and the branches start to sway.

MEET THE MACABRE CREATURES IN THE WOODS

Want to experience the world’s weird and wonderful places? Check out our range of small group adventures.

All images via Shutterstock. 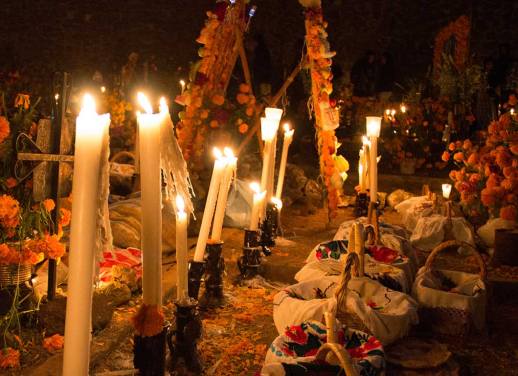 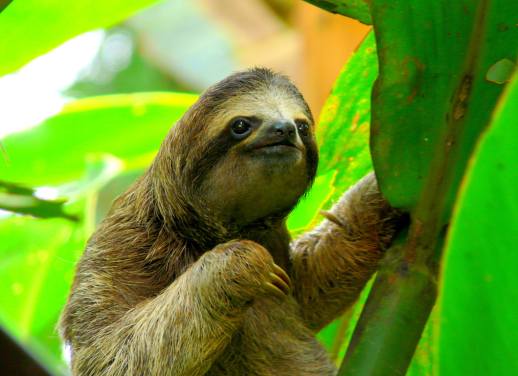