Home » 5 Game of Thrones locations you can actually visit
Features 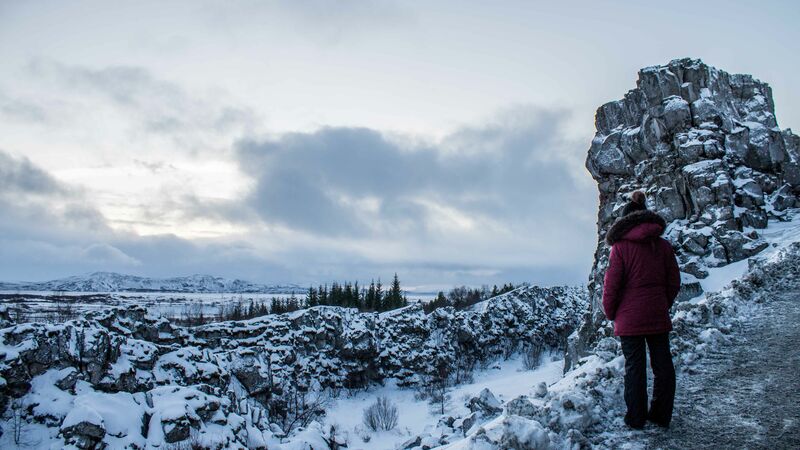 After eight years and eight seasons, our favourite show (that we definitely paid for and obtained legally) has finally come to an end.

For those who have been listing their address as ‘under a rock’ for the last few years, Game of Thrones is a fantasy television series based on the ludicrously lucrative books of author George R.R. Martin. Each one of these drama-filled episodes cost $6 million to make. No joke. One reason for this is the seriously impressive production value. It costs a lot of money to look that dirty. Another is the far-flung shooting schedule.

In lieu of real life dragons and cliff-top pyramids, the show does make excellent use of green screens, but many of your  GOT filming locations are real places you can visit with Intrepid. From Iceland’s national parks to the coastal forts of Morocco, Game of Thrones is slowly taking over the world in more ways than one. Here’s where to go to visit your favourite fantasy locales in real life. 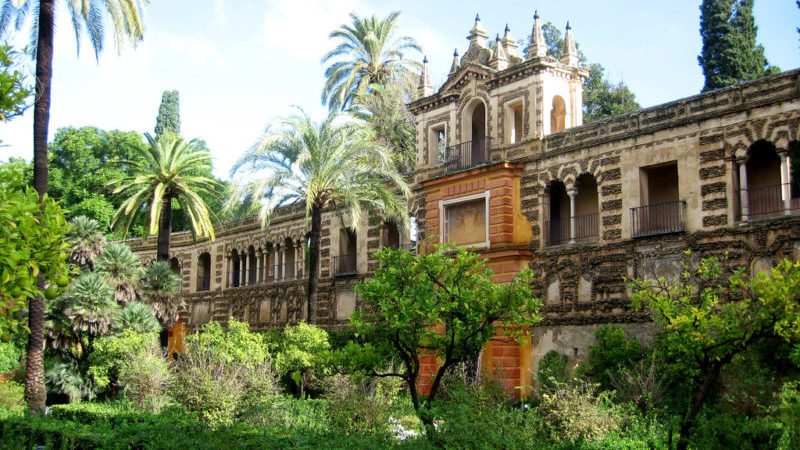 The Alcazar of Seville in Spain

When it came time to pick a setting for the Water Gardens of Dorne, the Alcazar in Seville, Spain was an obvious choice. Alcazar is actually the oldest palace still in use in Europe, acting as a cheeky part time residence for the Spanish Royal Family. The nobles of House Martell would probably be very comfy here, surrounded by 14th century colonnades, fountains and lush gardens (and not a Lannister in sight). Fun fact, the show’s producers nearly went with the Alhambra of Granada or the Alhambra of Cordoba instead, but the Alcazar is hard to beat.

SEE THE PALACE FOR YOURSELF ON OUR BEST OF SPAIN TRIP 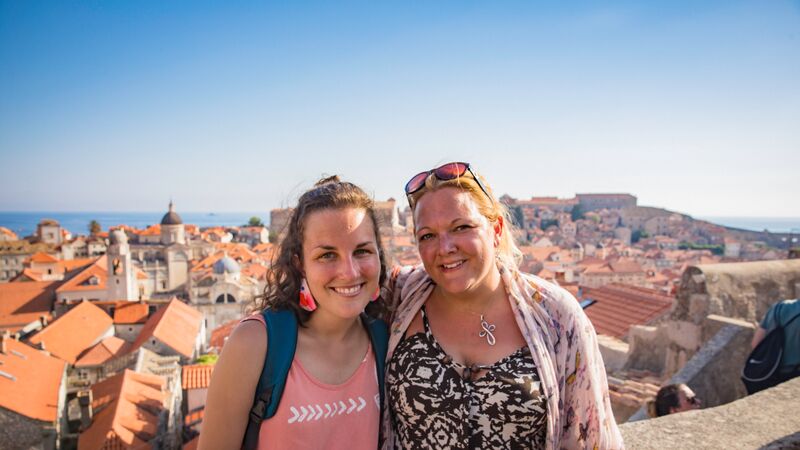 When the Romans settled along the Dalmatian coast of Croatia, I like to think they built their cities with the foresight that one day they would be used as rich backdrops for historical TV dramas. Travel companies have always been going on about how Dubrovnik and Split are ‘frozen in time’, and finally that crumbling, terracotta aesthetic is paying serious dividends. Dubrovnik has been the setting for the capital city of Kings Landing since GOT’s first season. And now Split is joining the party, with Diocletian’s Palace, Klis Fortress and the Water Mill all providing scenes of Khaleesi’s current residence, Meereen. 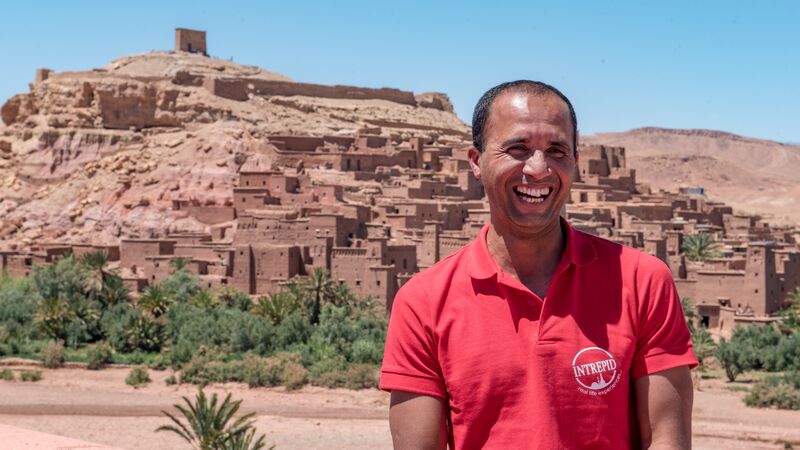 Hollywood discovered the cinematic charms of Morocco a long time ago. The roadside mud brick Kasbah of Ait Benhaddou has been filmed so many times that the locals are basically full time extras. For GOT, the show’s producers couldn’t pass up the French-inspired fortress port of Essaouira on the country’s wind-blown west coast. This became the slave city of Yunkai. For the slave city of Astapor (GOT is big on slave cities) they chose Ait Benhaddou. The thing about Ait Benhaddou is that green screens are hardly necessary. It already looks as though it woke up in the age of dragons and heroes and exotic Hollywood blockbusters.

Intrepid Travellers venturing beyond the wall on the Vatnajokull Glacier

Iceland is appropriately enough the land the producers picked to represent George R.R. Martin’s land of ice, mammoths and monsters. Fans will recognize Skaftafell National Park, Vatnajokull and Myvatn Lake as the land beyond the Wall. Jon Snow’s chilly home. Vatnajokull is one of the biggest ice caps in Iceland. It basically translates into Glacier of Lakes, which sounds suitably dramatic for a Night’s Watch adventure. Viewers will also recognize Thingvellir National Park as the setting of the epic battle between Brienne of Tarth and the Hound.

GO BEYOND THE WALL ON OUR ICELAND DISCOVERY TRIP 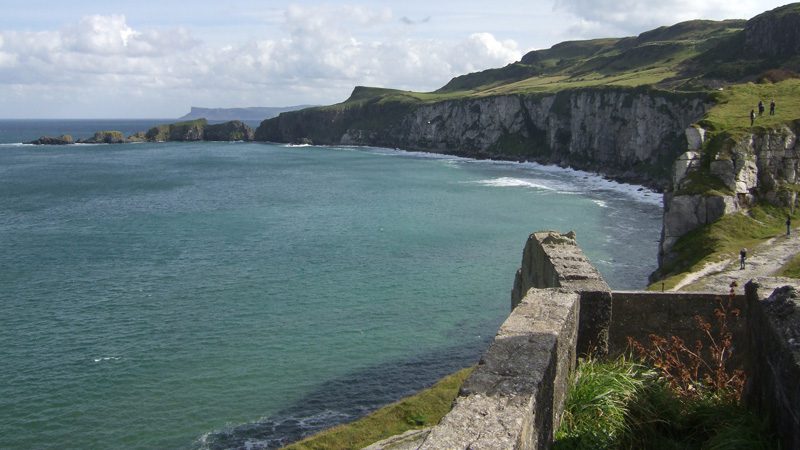 The windswept coast of Larrybane in Northern Ireland

The windswept moors and craggy rocks of Northern Ireland were just crying out for a film crew to come and shoot there. And GOT obliged, turning the northern tip of the country into all the ominous, atmospheric locations like Dragonstone, Pyke, the Iron Islands, Storm’s End and The Dark Hedges. The spots where characters spend a lot of time inside spouting exposition because it’s rainy and grey outside. The vistas are stunning though in their own Stark way (sorry): Downhill Beach (an 11km stretch of windswept sand), Larrybane (a heather-strewn coastal wilderness full of tidal caves) and Ballintoy (a picturesque harbour town).

Fantastic post! I will have to add all these GOT filming locations to my bucket list! Love it 🙂

Hiya, I am really glad I’ve found this info. Nowadays bloggers publish
just about gossips and web and this is actually frustrating.
A good web site with exciting content, that is what I need.

Thanks for keeping this site, I will be visiting it.
Do you do newsletters? Can’t find it.

Iceland is really where I always remember Game of Thrones. Amazing. Thanks for sharing.

I am greatly impressed with the history behind the places in which game of thrones was shot such as Alcazar in Seville never would I have thought the Spanish Royal Family would allow a movie to take place inside the castle they are staying in. The places are also quite beautiful.

No Alhambra in Córdoba but another Alcázar. Not as lavishly decorated as Seville’s, though.