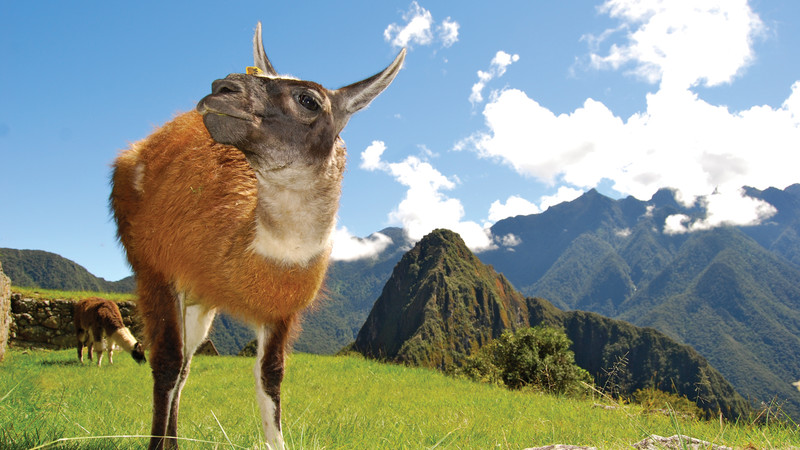 Put aside the guidebooks and skip the videos on ‘destination Machu Picchu’.

Here’s everything you need to know about the ancient ruins of the Inca civilisation.

1. Each stone was precisely cut to fit together so tightly that no mortar was needed to keep the walls standing

I promise, this is cooler than it sounds. Imagine digging a hole, building your own lego castle and burying the bottom half in the sand. Now think about trying to do that on a mega scale without any equipment. No animal power, iron tools or wheels were used in the process of excavating the stone and shifting each piece to the top of the Sacred Valley. The foundation was built to withstand an earthquake. Yep, Machu Picchu is impressive! 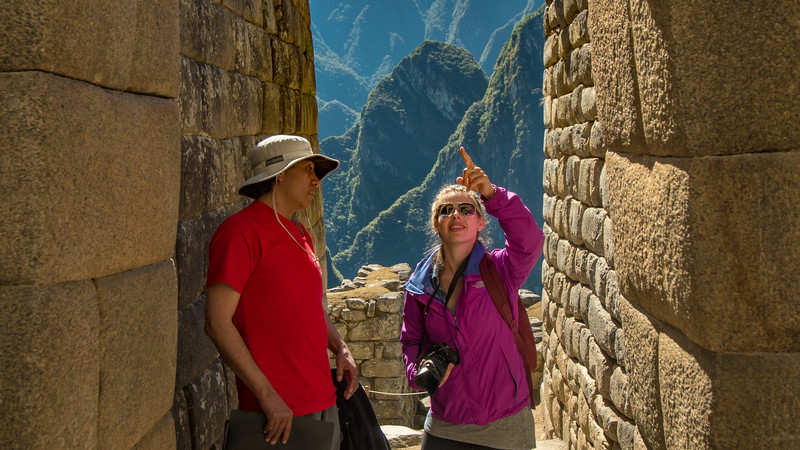 What does this mean for you? Well… Machu Picchu is 1,000 metres lower than Cusco, so if you’ve just flown in, take a day or two to acclimatise before making your way to the the gateway town of Aguas Calientes. Exploring Machu Picchu can be strenuous and altitude affects people in different ways, so if you have any medical conditions or take medication, it’s recommended to see your doctor before leaving for your trip.

3. Machu Picchu is a Wonder of the World and a World Heritage-listed site

In 2007, Machu Picchu was voted one of the New Seven Wonders of the World. Known to some as a ‘lost city’, in fact there were several farming families living in the surrounds of Machu Picchu when it was discovered by the explorer Hiram Bingham in 1911. Recent research points to many locals being aware of the site before it was catapulted into public popularity.

RELATED: MORE THAN MACHU PICCHU: 5 OF PERU’S OTHER AMAZING EXPERIENCES

4. The Inca empire was one of the largest in pre-Columbian America covering Argentina, Bolivia, Chile and Ecuador

Inca means ‘king’ or ‘emperor’ and the word carried weight throughout modern-day South America. At the height of the empire, the Incas were the backbone of the Andes ruling over more than 20 million people between the 1400s-1500s. It all came to an end when the emperor Atahualpa was killed by Spanish conquistadors in 1533.

5. Llamas really *are* trying to photo bomb your holiday pics!

If llamas could take selfies, we’d all have to shut down our social accounts. Apart from this impressive modern-day talent, llamas were traditionally valued for their wool and nutrient-rich poop to fertilize crops. Before Googling llama vs alpaca (highly amusing by the way), it helps to know the difference between the two while travelling throughout South America – both can be found grazing the grounds at Machu Picchu. Llamas are related to the camel family and grow up to twice the size of an alpaca. They were important resources for the Incas not having other domesticated animals such as horses, goats or sheep. 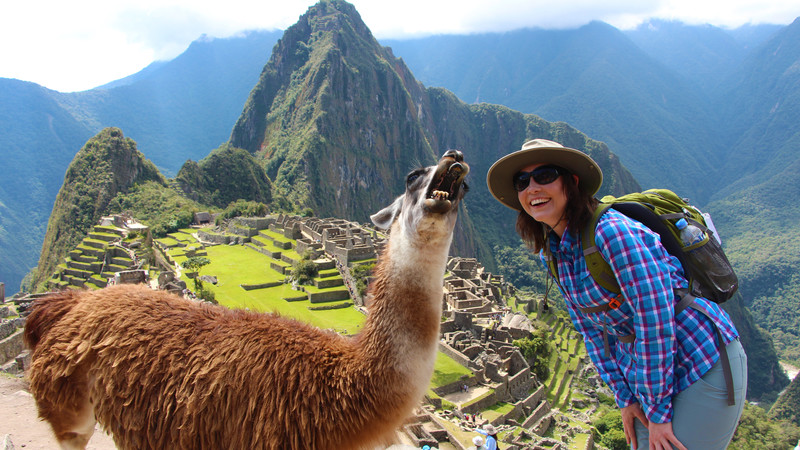 6. There’s more than one hiking option

The Inca Trail is infamous but the lesser-known Inca Quarry Trail, departing from Ollantaytambo, leads you past local communities and visits significant archaeological sites, away from the tourist trail and into the Andes mountain range. Plus, you travel with horses to help lighten the load.

RELATED: WHAT HIKING TO MACHU PICCHU AS A SOLO TRAVELER IS REALLY LIKE

7. In the Quechua language, Machu Picchu translates to ‘Old Mountain’ or ‘Old Peak’

While visiting Peru, it is most likely you will visit one of the indigenous communities where the language spoken is Quechua. The history of the Quechua people dates prior the Inca civilisation and you will find many ruins throughout Peru named in the local language.

8. A certain artist called Leonardo da Vinci painted the Mona Lisa (1503-1506) during the height of the Inca empire

As you arrive at Machu Picchu, you may ask yourself what else was happening while the Inca empire was at the height of its power? While the Incas ruled throughout the Andes, Europe was experiencing a surge in artistic and technology developments and China was under the rule of the Ming Dynasty. 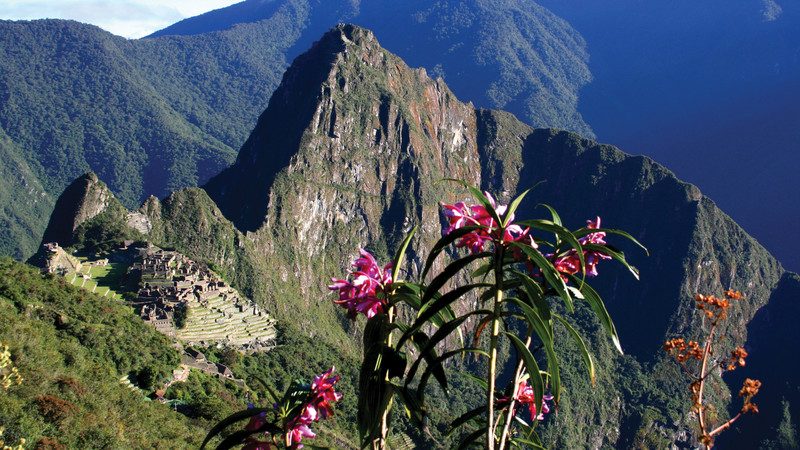 9. The natural setting of Machu Picchu is as impressive as the site itself

Whatever may have driven you to reach Machu Picchu, one thing for sure is that the surrounds of the national park is as memorable as the ruins. The views from the top extend over the Sacred Valley. Looking down you’ll see the Urubamba River  with the mountains framing one amazing looking scene.

10. Machu Picchu was used as an astronomical observatory

As you learn more about Machu Picchu you will start to realise the strong influence astronomy had over the Inca civilisation and the way the buildings were constructed. Astronomy helped to identify the seasonal changes for the Incas indicating the best time for planting and harvesting. The distinctive Intihuatana stone found at Machu Picchu acted as an astrological clock and was used in ceremonies.

11. It is not exactly known why the Incas abandoned Machu Picchu

While Spanish conquistadors brought the end of the Inca empire, evidence suggests the site of Machu Picchu was abandoned before this time. Scholars have proposed the idea of a smallpox epidemic, but without any solid evidence, the real reason remains a mystery. 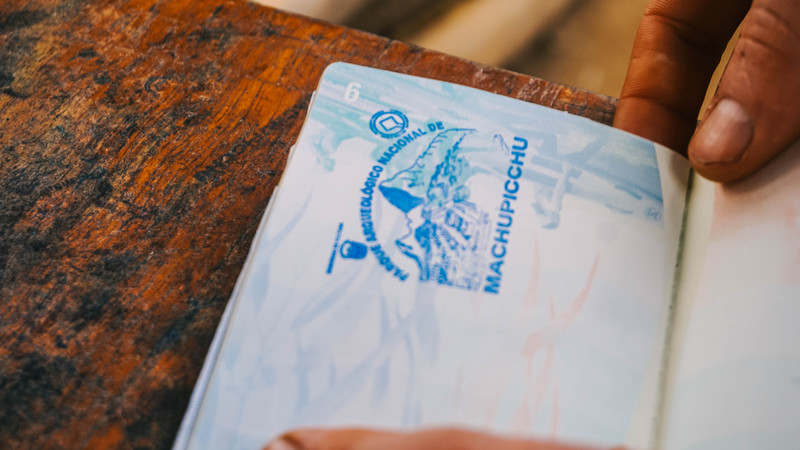 12. You can get your passport stamped at the entrance

When visiting, don’t forget to get your passport stamped at the entrance of Machu Picchu. It’s a pretty impressive souvenir and a nice reminder of your Peruvian adventure.

What country is Machu Picchu in?

Why is Machu Picchu important?

Machu Picchu, built in the 15th century, is believed to have been a sacred religious site or a royal estate for Inca leaders.

Why is Machu Picchu famous?

Machu Picchu is not only a UNESCO world heritage site and a new wonder of the world, it is truly a spectacular site to view. It is located 7,000 feet above sea level in the Andes and was built in the 15th Century by the Incas.

What was Machu Picchu used for?

Its believed Machu Picchu was used as a sacred religious site or a royal estate for the Inca Leaders.

Is Machu Picchu on your wanderlust list? Get some more inspiration from Intrepid’s small group adventures in Peru. 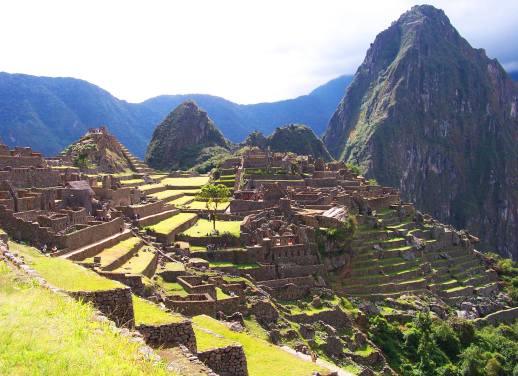 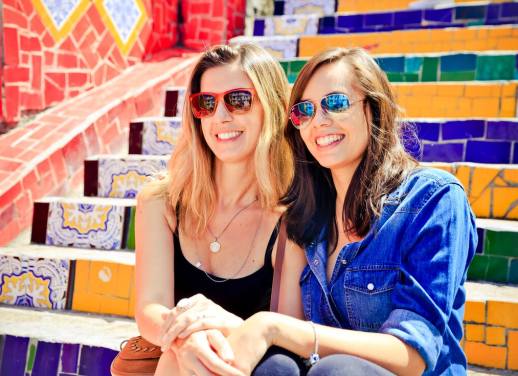 Thanks for the awsome facts!

Love these facts thanks a lot!

Amazing! I knew about Machu Picchu, but there was so much more to learn from this amazing art of a beautiful place

Thanks ! Would you recommend spending a night in Aguas Calientes ?