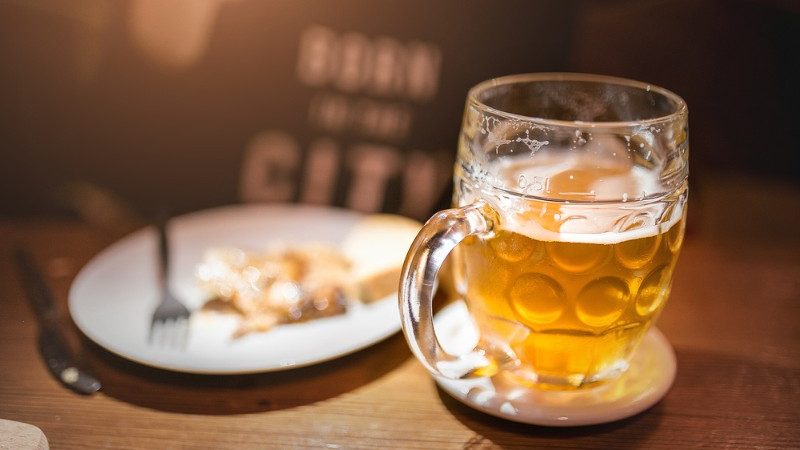 Sure, any visit to the Czech Republic is hardly complete without tasting those beautifully-blonde pilsners, but there’s a big wide world of other Czech deliciousness to try.

Czechian food is a flavour fusion of Eastern and West Europe, with each dish a hearty homage to the country’s unique formation through war, famine, migration and more.

So, don’t limit your cultural experience to the streets. Here’s how to enjoy Czechian food like a local. (Your taste buds can thank me later.) 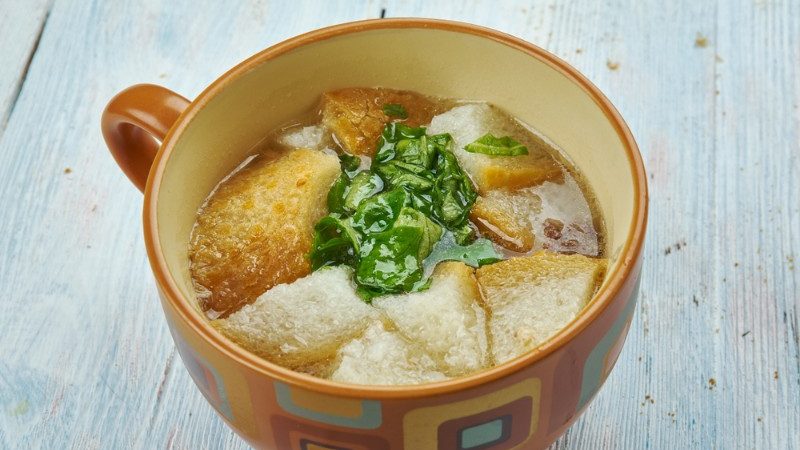 Garlic soup will ward off hangovers, vampires, and potential suitors. Photo by Fanfo.

Beer isn’t the only liquid Czechs are fond of – they love soup too.

Soup, or polévka, is typically ordered before the main and is the fitting way to thaw out your bones during the winter months. Why not order Bramboračka (potato soup that’s been served in bohemian kitchens for generations), Česnakas (garlic soup that supposedly cures hangovers), zelňačka (cabbage soup peppered with potatoes and sausage) or the King of Czech Soups – kulajda (which uses another ingredient Czechs relish… read below)?

2. Know that ‘mushrooming’ is a thing 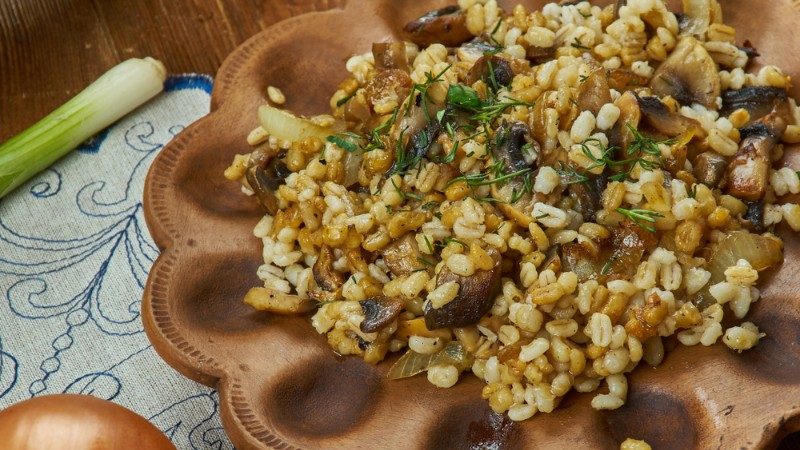 You won’t have mush-room left for dessert after this mushroom and barley risotto. Photo by Fanfo.

Originally known as the ‘meat of the poor’, mushrooms now are a staple in the Czech diet and collecting them has become something of a national hobby. Don’t be surprised to see families foraging in the woodlands, or city folk heading home with baskets under their arms. Taste the forest-fresh fungi in Houbový kuba (a barley risotto-style dish), Smažené žampióny (fried mushrooms), or – as mentioned above – the well-loved kulajda.

EXPLORE OUR FULL RANGE OF ADVENTURES THROUGH THE CZECH REPUBLIC HERE 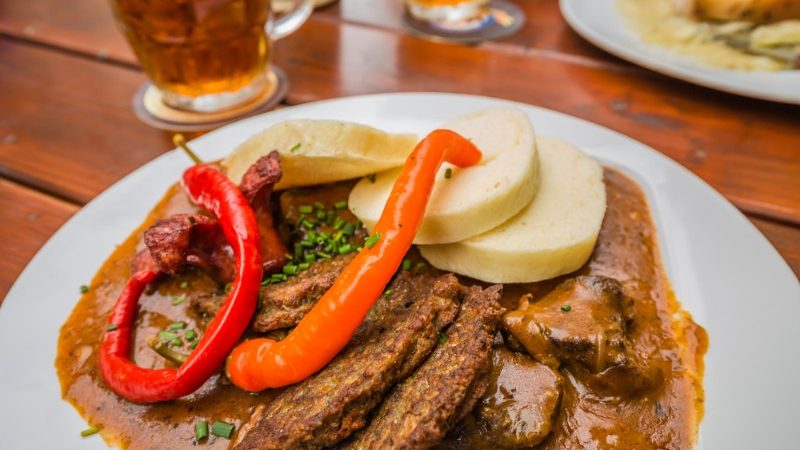 This hearty goulash will definitely keep you going! Photo by John_Silver.

Okay, you don’t actually have to go home. But be prepared for some heavy-duty refuelling during your Czech visit.

Let’s start with Svickova. This sirloin-based dish is a national treasure and will have Czechs arguing over whose grandma cooks it better. At least they agree on one thing – it’s mightily delicious. Guláš (Czech goulash) deserves a place on the Bohemian bucket-list, as does Řízek (Czech schnitzel). And I can’t forget vepřo-knedlo-zelo (or pork loin), which comes bathed in onion and caraway gravy and served on a bed of sauerkraut. Complete your meal with some of the finest Moravian wine or Becherovka, a herbal liqueur that will help you digest all that goodness.

IS YOUR STOMACH DRIVING YOUR NEXT BREAK? CHECK OUT OUR RANGE OF REAL FOOD ADVENTURES HERE

4. Don’t be a goose and order chicken 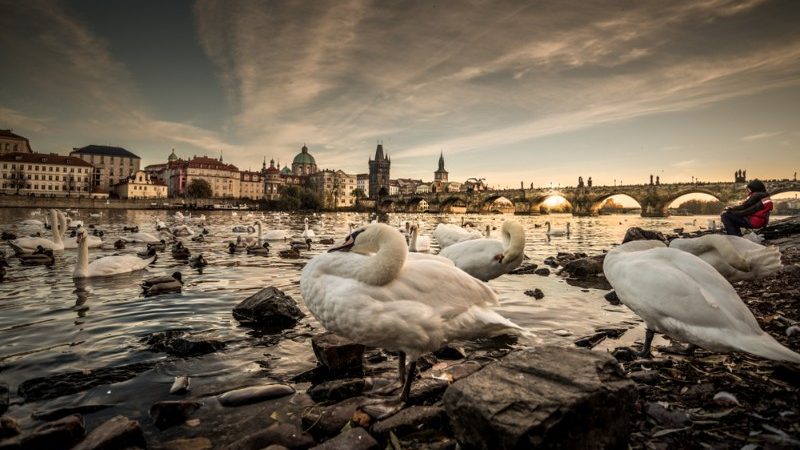 Don’t be a goose! Photo by KC memento.

While not originally from the area, Pečená Kachna, or roasted duck, is frequently served on Sundays and for special occasions. One such occasion is Martinmas, a centuries old feast celebrating Saint Martin and the harvest-time. Legend goes that Saint Martin was so humble that he hid in a goose pen to avoid becoming bishop of Tours. The geese (obviously missing the memo) starting honking loudly, alerting officials to Martin’s whereabouts and indeed leading him to be ordained.

Czechs now traditionally eat poultry on Martinmas in order to help Saint Martin ‘punish’ the animals that gave away his hiding place. Whoever said revenge was a dish best served cold?

RELATED: 10 FACTS YOU PROBABLY DON’T KNOW ABOUT THE CZECH REPUBLIC

5. Beware of the dumplings… 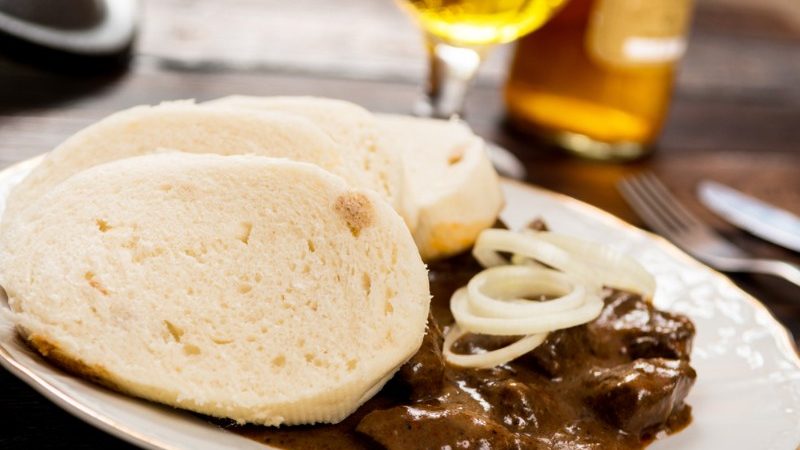 …for they are diabolically delicious.

Pro tip: Don’t be shy mopping up sauce with your bread dumplings. They should be so soggy that you need cutlery to eat them.

6. Don’t forget snacks with your beer 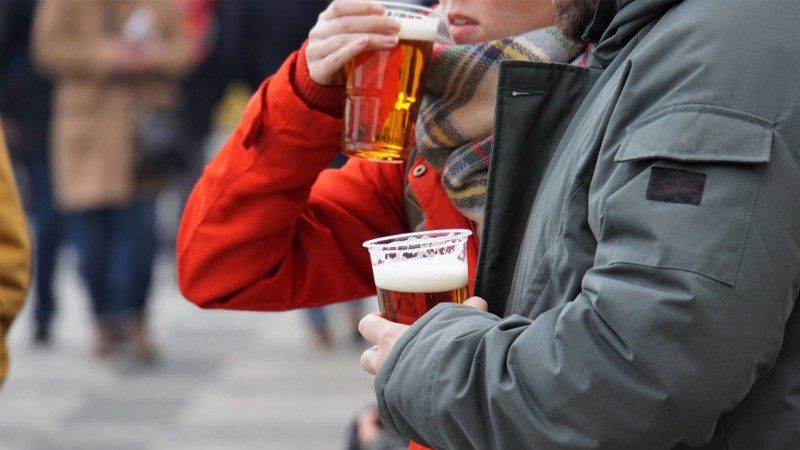 You’ll need a snack with those beers. Photo by Julija Ogrodowski.

There’s so much more to beer snacks than peanuts. In fact, Czech menus often have a whole section dedicated to moreish morsels to accompany your beer. 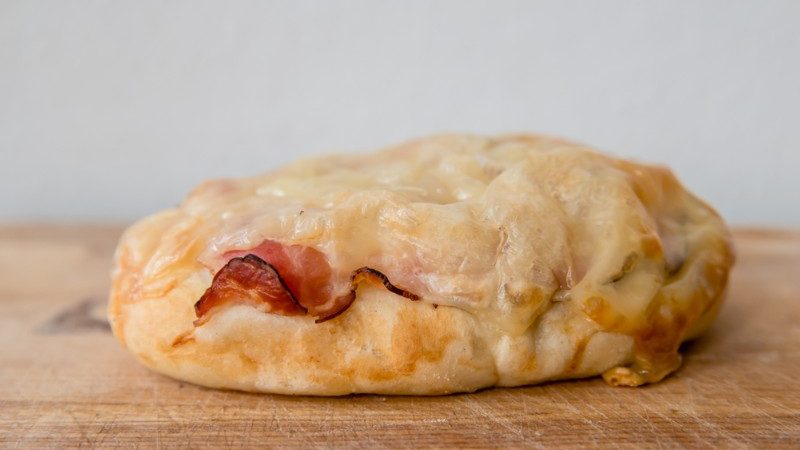 Too busy exploring to sit down for a meal? No problem.

Obložené chlebíčky (an open-faced sandwich) and Klobásy (grilled sausage) are two hunger-busters locals wolf down on-the-go. For something really oozing flavour, try Smažený Sýr. Take a slice of edam, gouda or munester cheese, roll it in bread crumbs and plunge into a fryer, and you have this gooey goddess of street-foods. Just eat with caution, or you’ll end up with molten cheese decorating your shirt.

8. Have your cake and eat it too 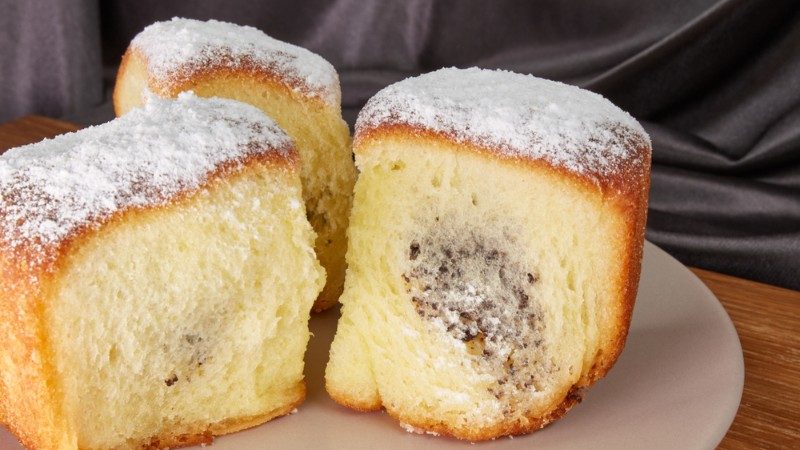 Fret not, my sweet-toothed friends. It’s not all meat, cabbage and potato. Why not try medovnik, a fragrant honey cake that first came to Bohemia in 1335? There’s also bublania (‘bubble cake’ spotted with cherries), kremrole (the Czech answer to cannoli), palačinky (a scrumptious reimagining of a crêpe) and vanilkové rohlíčky (moon-shaped cookies often gifted over Christmas).

But to truly eat like a hero, buy warm Buchty fresh from the oven. Buchty are small sweet rolls, traditionally filled with plum jam. In Czechian folk tales, many heroes devoured Butchy before battling dragons or heading off into the woods. You may not plan on encountering any dragons, but what better food to fuel your own Czech adventure?

Hungry for more? Join us on a small group adventure around the Czech Republic and Central Europe now.

Feature photo by frantic00 via Shutterstock.

Love your article on Czech Rep. I was there in 1979 to visit a friend. It was still Communist ! My husband and I hope to go to visit Czechia very soon and this article made me more excited ! So true about the mushrooming. Didn’t know all the creepies but good to know ! I was 19 on the first visit and was scared of commies and too youthful and dumb to appreciate the history, architecture etc. Loved Prague Castle though ! Thanks for this. Gotta go eat something now….savickova ? Meh, grilled cheese it is !!! Cheers, Cindy.

Hey, this is a great post about the Czech cuisine! Since I’m Czech, may I suggest a few language corrections? The garlic soup in Czech is “Česnečka”. The beef sirloin is “Svíčková”. The sweet dumplings are rarely made of potato dough – it’s just a dough made of flour, egg and water. I never heard of smorgasbord. What is that? Bubble cake is “Bublanina”.

Also the word “Czechian” is making my eyes bleed 😀 But no judgement, perhaps that’s correct in English.

Overall, the post is great, I just couldn’t help and mention the mistakes I could easily see. The proud Czech in me couldn’t be silenced :))