Home » This cooking school in Amman will change your view of Jordan. Here’s how.
FeaturesFood

This cooking school in Amman will change your view of Jordan. Here’s how. 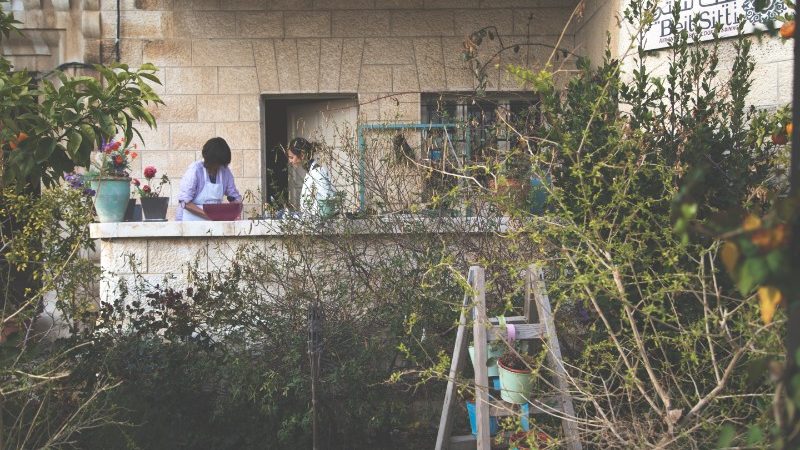 When you read the reviews of Jordan’s Beit Sitti cooking school, one thing becomes clear very quickly: anyone with an interest in food and/or eating can’t leave Amman without signing up to a class.

Established in 2010 by three sisters, Maria, Tania and Dina, the school was opened for three reasons: firstly, to keep the memory of their grandmother alive (Beit Sitti means ‘my grandmother’s house’ in Arabic, and the school is run from the kitchen of her villa); secondly, as a way for the sisters to share their love of good food and family traditions; and, perhaps most importantly, as a social initiative to empower local women.

“Our grandmother used to make the best food you can think of, although I’m sure everybody thinks that about their grandmother!” Maria tells me over FaceTime. Her day is just starting; cars honk outside her home, and her two-year-old son intermittently shrieks beside her, eager for someone to play with. 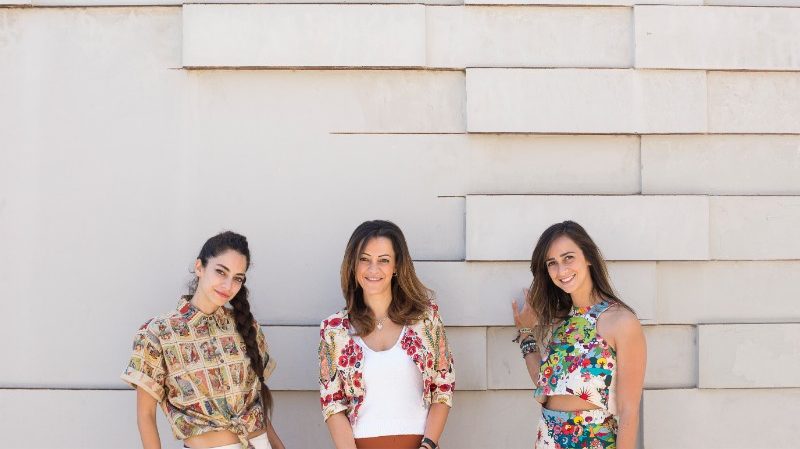 “When we were children, we’d sit at her table and she’d teach us to cook Arabic food; she was always giving us little tasks. I remember, quite clearly, my most important task: stirring the milk pudding. I would stir and stir until it became thick; that’s when I knew it was ready.”

When Maria’s grandmother passed away, the three sisters – along with their mother – kept her house open so they could pass on the recipes they had learned to make as children to travellers, or anyone wanting to learn how to make a good maaloubeh, kousa mahshi or hummus.

RELATED: HOW INTREPID IS BREAKING THE BARRIERS OF TRADITIONAL TOURISM

But Beit Sitti became more than just an outlet for the women to share their grandmother’s dishes. Maria and her sisters saw that – through cooking, their love of food, and the importance of generosity – they could open their kitchen to women experiencing hardships. Women who needed financial stability, women who were being abused, and women who had fled to Jordan from Syria, Palestine, and Iraq. Beit Sitti could provide them with an income, regular employment, and a confidence boost many of them have sorely missed.

It was also a way to keep traditional customs alive. 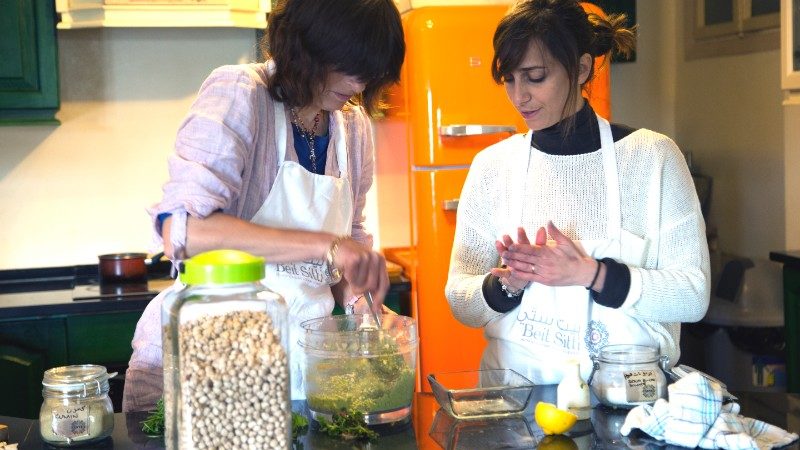 Maria and a student making falafel

“The ritual of cooking together seems to have skipped a generation,” Maria explains. “In my grandmother’s time, all the women would come together and cook. They’d all be preparing different things – making the kibbeh and the shish barak, working on the lamb – but they’d all be working together. That unity, that coming together – it doesn’t really happen anymore. My generation didn’t cook with their families.

“But we’re starting to get more young people through the kitchen. People in their twenties who missed that phase, or weren’t able to learn from their grandmothers or their mothers, are coming to Beit Sitti to learn from us. So we’re creating this communication platform between younger generations, and these older women who are exceptionally good cooks. We’re all learning from each other and creating a bond, which I love.” 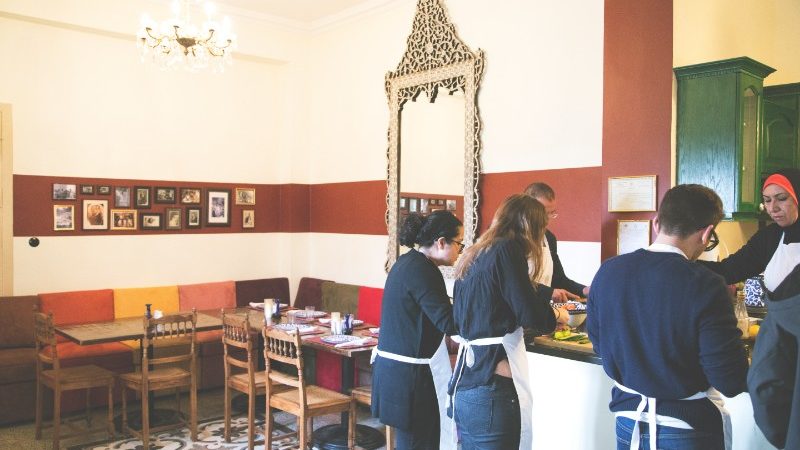 Budding chefs in the kitchen

Beit Sitti is about more than just food. It’s an opportunity for people to really immerse themselves in other cultures, to ask questions, to learn.

RELATED: 7 DISHES YOU HAVE TO TRY IN JORDAN

“When you see a veiled woman walking down the street, you would never approach her,” Maria tells me. “But in the kitchen, it’s different. You have the opportunity to ask questions – even if it’s about Islam, or why a man can have four wives. The women in our kitchen are very open to discussing these things with foreigners, because they want to explain. Many people seem to have this misconception about Islam, and about our culture being demeaning to women, but I think that’s all changing. Right now, women are empowered to work, to make money, to support themselves.”

The recipes taught at Beit Sitti are all easy to replicate at home, and are so delicious you’ll be wowing dinner guests with your cooking prowess for years. But by learning from these women, you’ll also be passing on your knowledge of the culture, the value of working together, and the joy of sharing an afternoon in the kitchen with a strong group of women.

Hungry? Intrepid visits Beit Sitti for an afternoon of cooking and storytelling on our 6-Day Jordan Real Food Adventure and our new Jordan: Women’s Expedition.