Cairo vs Alexandria: A guide to Egypt’s two largest cities 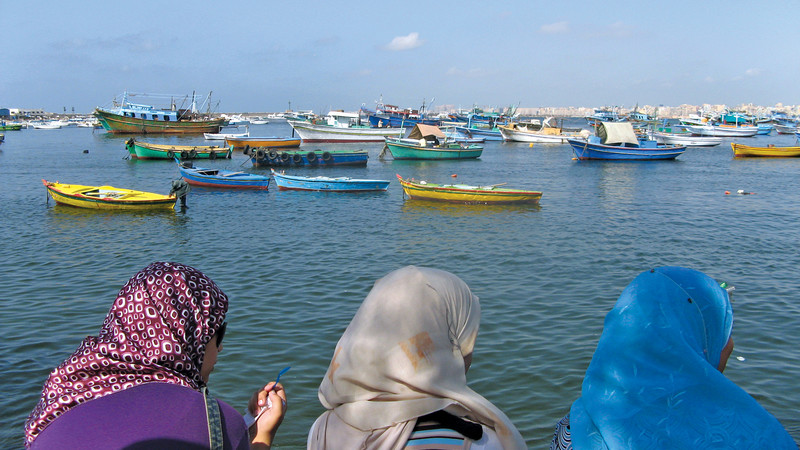 If there are two cities that you are familiar with in Egypt, they are likely to be Cairo and Alexandria, both of which were stops on my Jordan & Egypt Uncovered tour with Intrepid Travel.

The two largest cities in the Land of the Pharaohs, these metropolises are just two hours apart. Equally fascinating but so different from each other, they really do warrant an insider’s guide. Coming up: the main attractions in both cities, what to expect, and so much more.

As the largest city in the Arab world with nearly 22 million inhabitants, there is no way around it — Cairo is massive. It makes New York City look quaint. There is so much buzz (literal buzzing from the motorbikes) in Cairo that it’s constantly shaping and changing itself thanks to the vibrancy of its young population. 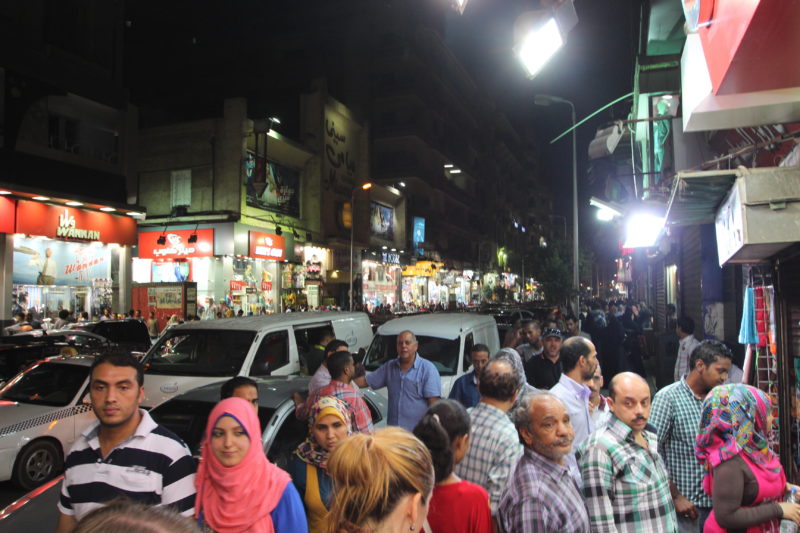 Egypt’s capital can be a little rough around the edges, especially for first-time visitors. Thankfully when you experience it on group tour like Intrepid’s, you feel completely safe exploring – your local guides bring peace of mind to the experience.

Locals take pride in their home, calling Umm al-Dunya, Mother of the World. Be patient with Cairo and it will reward you with its urban beauty and unique energy!

READ MORE: WHAT IT’S LIKE VISITING EGYPT AS A SOLO FEMALE TRAVELER

Alexandria has gone through the gauntlet over its nearly 2,500-year history. This coastal hub was founded by Alexander the Great and was the second most important city during the Roman Empire. The famous lighthouse was destroyed by an earthquake and the influential Library was famously burned down by Julius Caesar’s army, both causing the city to fall out of favor about 1,000 years after its founding. 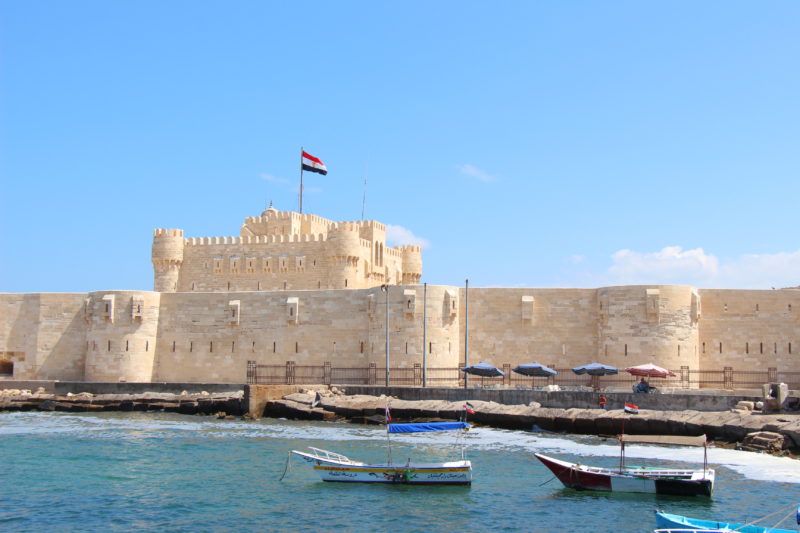 Alexandria experienced an urban renaissance in the early 19th century, only to be thwarted by a wave of nationalism in the 1950s. With the reconstruction of the modern library in 2002, Alexandria is once again returning to its urban splendor, trying to revive its symbolic spot as Egypt’s most important cultural capital.

CHECK OUT INTREPID’S RANGE OF SMALL GROUP ADVENTURES IN EGYPT

What to do in Cairo

King Tut’s tomb? The Sphinx? Pyramids of Giza? Cairo has got them all! The sheer amount of history in this city is staggeringly impressive. Our group took a short bus ride around the city, and in just one hour we passed magnificent mosques, grand European boulevards, humming markets and, of course, ancient historical sights. There is so much to explore and learn about. You could spend a week exploring Cairo and still not see all the highlights! 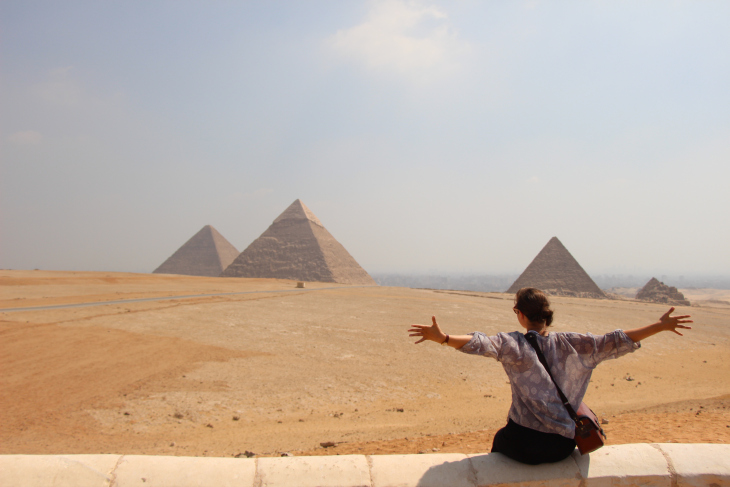 There arguably isn’t a city more relevant to modern life in the Middle East than Cairo. I visited in 2014 with Intrepid’s Jordan & Egypt Uncovered tour just as Cairo was reshaping itself post-Arab Spring. We took an afternoon walk near Tahrir Square to explore the politically-charged street art. For me, the murals seemed to colorfully depict a country redefining itself and what it means to by Egyptian. It was a fascinating time to visit the country and its epicenter of change, Cairo.

Cairo’s local culture is defined by its neighborhoods. Each borough feels separate and distinct from the next. You’ve got Coptic Cairo, the Heliopolis, Bulaq, Ma’adi, and many more, all with their own flair.

Because Intrepid Travel uses local guides, they are a great resource for finding hidden gems. My guide Walid took us to one of his favorite restaurants, Koshary Abou Tarek, to try a famous Egyptian dish – Koshary. Don’t be scared to ask your guide for recommendations like these, because they might just take you to some of the best spots! 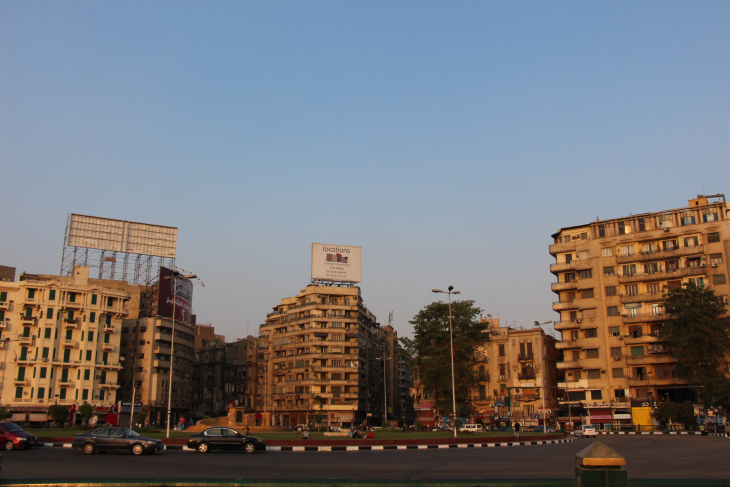 What to do in Alexandria

One of the best parts of Alexandria is its desirable location on the Mediterranean Sea. The waterfront “cornish” or promenade is the stuff of dreams! You’ll see Egyptians enjoying a relaxing moment along the water, and meandering along it will give you a view of Egypt’s most active harbor.

During my Intrepid Travel trip, we stayed at a family-owned hotel on the cornish, so I could watch the sunrise and sunset out my window with the sound of lapping ocean waves. Is there anything better? 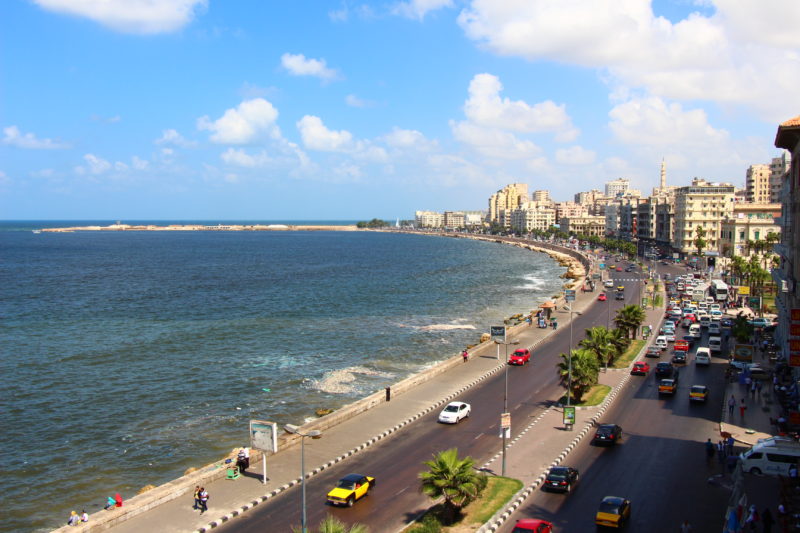 The view from my hotel

Alexandria is significantly smaller than Cairo, which is advantageous for getting around. On my tour, our guide took us on an unplanned excursion around the city using public transportation. We really got a local’s view of Alexandria!

There is hardly any hustle here, leading to a safer, quieter and calmer ambiance. Residents seem comfortable spending their time enjoying the activity of the harbor over a nice cup of coffee.

READ MORE: A TRAVELER’S GUIDE TO LOCAL ETIQUETTE IN EGYPT

Alexandria is deeply shaped by its harbor identity, bringing an influx of new ideas, perspectives and residents. It has a laid-back vibe that is compounded by its love for cafe culture. You’ll see more women on the streets, college students around the new Alexandria library (an absolute must-see!) and stunning European-style architecture. It absorbs all the best of the Mediterranean attitude while turning it uniquely Egyptian in the process. 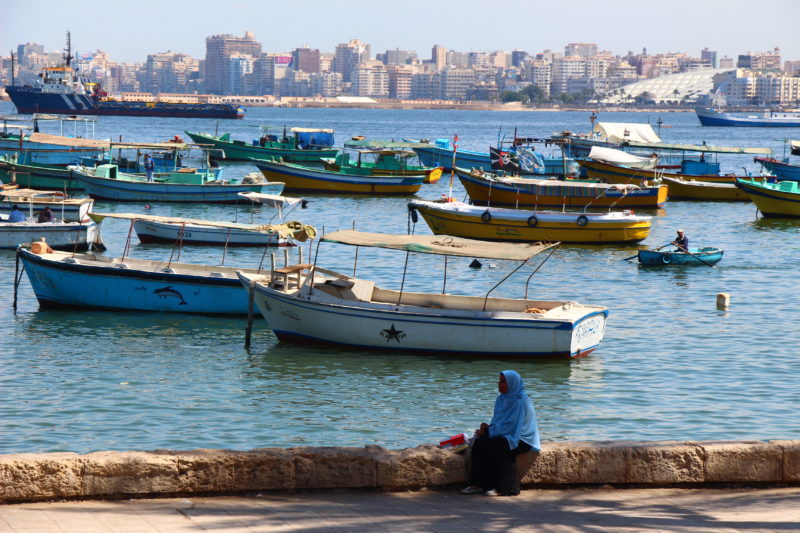 MORE FROM THIS WRITER: WHY A GROUP TOUR IN THE MIDDLE EAST WAS THE RIGHT DECISION FOR ME

Cairo has an endless assortment of things to do, and its reputation as a 24-hour city precedes it. No doubt more historically significant, a visitor can spend their days learning about ancient civilizations and their nights enjoying the active nightlife. It’s very much a mega-city though, so be prepared to be in awe of its bustle, its chaos, and perhaps more traffic than you’ve ever experienced!

Alexandria, in contrast, is more quiet and quaint with traditional urban and natural beauty. It benefits from a pleasant year-round climate bolstered by the coastal winds off the Mediterranean. Alexandria is an ideal destination to eat freshly-cooked beef kabobs along the cornish while drinking an amazing coffee. It is a city that is less about sights and more about the ambiance. This is a city to travel slowly in.

Where Cairo is steeped in tradition, Alexandria is shaped by Mediterranean values. Where Alexandria is laid-back, Cairo is bustling. Regardless of which city resonates with you, both Alexandria and Cairo will show you different sides of modern Egyptian life. They’re both must-visits, truly.

Tempted? You should be. Visit Egypt with Intrepid Travel and you’ll be in for a treat.