Home » Why we don’t believe in travel boycotts
NewsResponsible Travel

Why we don’t believe in travel boycotts 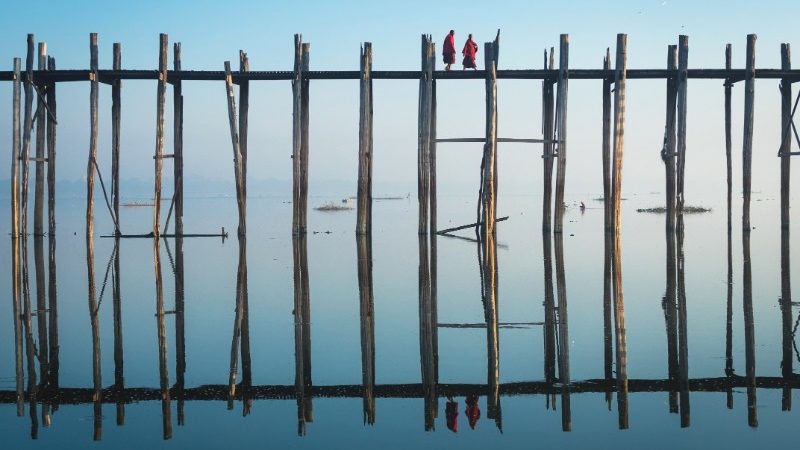 When it is discovered that a country is guilty of social or ethical injustice, demands for a travel boycott often follow.

Conscientious travellers can sometimes feel a moral obligation to avoid a country and often ask travel companies to participate in boycotts. They worry that travellers and the travel industry are ignoring the plight of others for the sake of a holiday if they visit a country plagued with human rights abuses. Or even worse, that tourism dollars are inadvertently supporting harmful regimes. While the decision to boycott a country for human rights violations might seem like an easy one, it’s not necessarily the most ethical.

As a business that is passionate about responsible travel, we have had company-wide debates on destinations such as Myanmar and North Korea. Over the years we’ve considered a range of views, including those from human rights organisations, and from our friends at ResponsibleTravel.com. While we acknowledge that each situation is different, we always end up deciding that boycotting is not the most effective way of having a positive impact on a country. We’ve come to realise that we don’t believe in travel boycotts. Here’s why:

We’re a global company, travelling to more than 120 destinations. From an ethical point of view, we’ve questioned who decides on whether a country is good or bad. Even ‘good’ countries like Australia or the United States have some terrible human rights records, or engage in controversial activities. If we were to boycott every country with a law or activity that someone at Intrepid disagreed with, there would be few ethical destinations left.

While the intention behind a boycott is to do the right thing, the reality is that travel boycotts often impact the wrong people. When tourism suddenly drops, it’s not just the government or military who feels the pinch; it’s the locals, who rely on travellers purchasing their goods to support their families.

Travel boycotts often isolate vulnerable people even more. The watchful eyes of travellers can help to keep governments and regimes in check. When this global gaze is removed, the situation often worsens.

We believe travel has the ability to be a force of good. It connects people. That’s why our trips include as much genuine local interaction as possible, because it exposes both our travellers and locals to the reality that we are all human. It encourages dialogue, something that can be quite powerful in places where censorship is prevalent. Travel can build understanding, makes us less prejudiced and more empathetic. All things that we desperately need more of in the world right now.

What’s more, people who travel to these countries often return home with an improved understanding of what is going on, and a desire to help the people they’ve met. As a tour company that’s been in the business of taking travellers to developing countries for nearly 30 years, we can attest to this. In the early days, our travellers were continually giving money to their trip leaders to pass on to community projects, so we established The Intrepid Foundation in order to improve transparency and accountability around the whole process. The Intrepid Foundation allows our travellers (or anyone hoping to make a difference) to give to trustworthy projects in the places they’ve visited. Since its creation in 2002, it has raised over $5.6 million for organisations around the world.

The decision to travel or not to travel somewhere is an individual choice. We respect the decision of those who choose to boycott a place or simply to go elsewhere, because there are so many places in the world that tourism can have a positive impact. That’s why we believe the best thing that we can do is ensure that wherever we go, we make a difference.

Well I had the same challenge when I visited Myanmar back in 2002, then it was the dictatorship the matter. Our final decision was to go, it was a wise one, as it is an amazing country and specially at that time was really pure. With our presence there, people show that there is also outside world, we spoke and we contribute a little to the local economy with selecting private business and not the public sector. Well the desire to travel is stronger than any political conflicts or other matters, for sure it is an individual choice, but travelling broads the mind and knowledge and this is the most important

I am a tour leader myself for Intrepid Group in Myanmar and Travel Boycott only impacts the people in Tourism such as Bus Driver, Hotel staffs, Waiters & Waitress, tour guides, etc,…All the things that happened in the Western Region of Myanmar is so much complicated than anyone can imagine. Don’t let that thing delay you to visit Myanmar.

Thank you for this perspective. Here’s mine: as an American, I am not always proud of our government and am, in fact, ashamed of it right now. However, I do tell anyone who asks that I am from the United States while I am traveling, with the hope that I can be a positive image (I hope) of my country.

Thank you for this article! I’ve been wanting to visit Myanmar but have struggled with going there in light of what is going on. However, I looked at the situation differently after reading what you wrote. I’ll be doing my 4th Intrepid Trip in August and will re-add Burma to my list!

I am not sure if you made it there. However I will say this. I went and I am sooo glad i did. The people are amazing and we only punish the locals who have finally been allowed a modicum of freedom to earn a living by sitting on our high horses and staying home. They are not the military or government. You can stay in hotels that are non general and general family owned. I found it to be my favorite country to visit yet ( i have ticked off around 50 so far) so I say give it a go. You wont regret it and you will help the locals who need it if you do the right tour.

That’s an amazing photo. Where is it?

Thanks, Frances! The photo is of U Bein Bridge in Mandalay, Myanmar.

Every company has the right of decision as does every individual. I recently traveled to Zimbabwe to see for myself how oppressed they really were. As long as I didn’t feel in danger from the authorities and the country is not completely lawless,there is something to be learned and perhaps some good to be done.