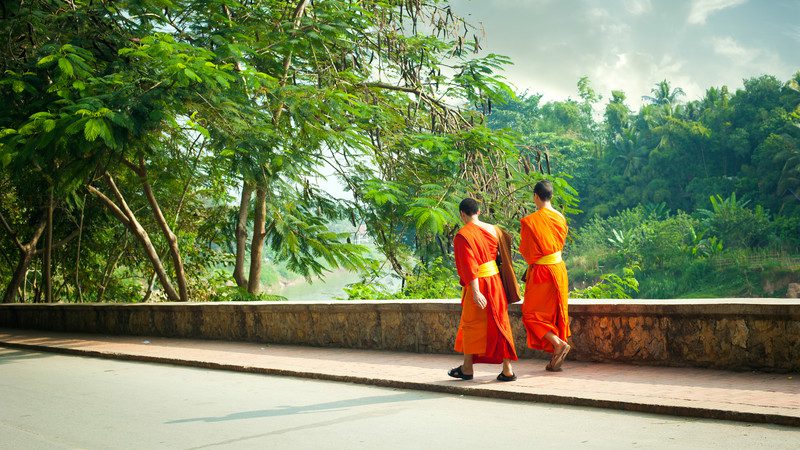 South East Asia is a traveller’s dream. It really does have all the ingredients you could want in a trip overseas: stunning beaches, dirt cheap food, buzzing cities, and enough temples and ruins to leave you cultured for life.

It’s no surprise it’s popular. We can pretty much guarantee you know at least a few people who have backpacked there and then come back a happier, more sun-kissed version of themselves.

But which places are truly worth a visit? Where can you find fewer crowds? And where are the more secluded spots? This list will help you out, so get excited and get adventuring: 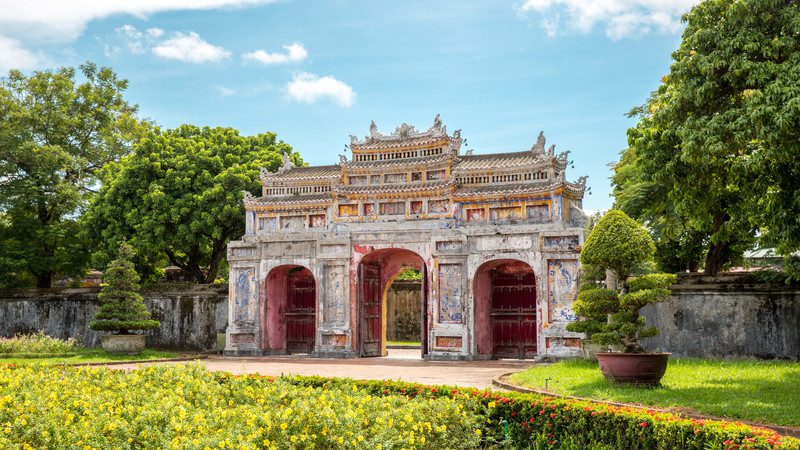 No, not a colour. Hue (pronounced ‘Hway’) is a historic little town in central Vietnam that doesn’t get nearly as much attention as it should. Just over an hour flight from both Hanoi and Ho Chi Minh City, Hue was once the capital of Vietnam and, despite the American-Vietnam War, still maintains many of its imperials charms.

Not only can visitors roam between what seems like endless historic ruins, most of which are designated UNESCO World Heritage sites, but the city’s prime location on the aptly named Perfume River means the views are beyond picturesque on a clear day.

VISIT HUE ON ONE OF THESE EPIC VIETNAM ADVENTURES 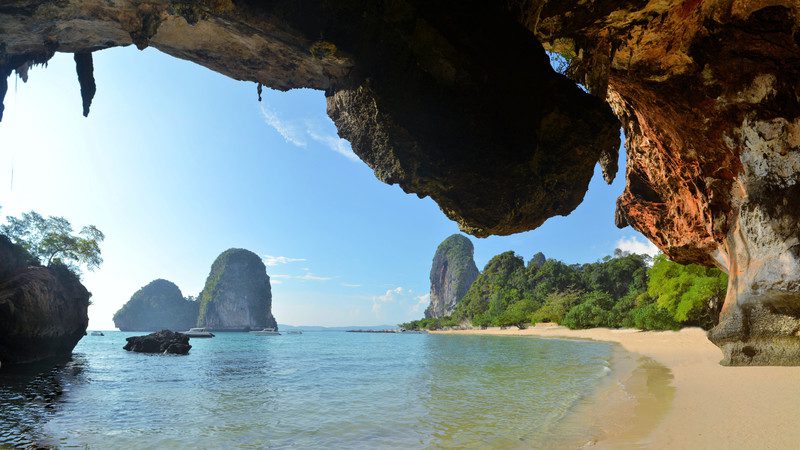 We’ve all heard of the tropical Thai paradise that is Phuket – hence the crowds and relatively high prices. But if you are willing to go a bit more off the beaten path, Krabi is calling your name. Every bit as beautiful as Phuket, Krabi’s stunning white sand beaches, towering limestone cliffs, and hidden coves are just waiting to be discovered.

What’s more, even the most famous of beaches here, Railay Beach is rarely too crowded, giving it an almost prehistoric paradise sort of feel. If just lounging on the beach isn’t your cup of tea, don’t worry. Krabi is one of the most amazing locations in the world for rock climbing.

RELATED: WHAT TO EXPECT ON A CYCLING TRIP IN SOUTHERN THAILAND 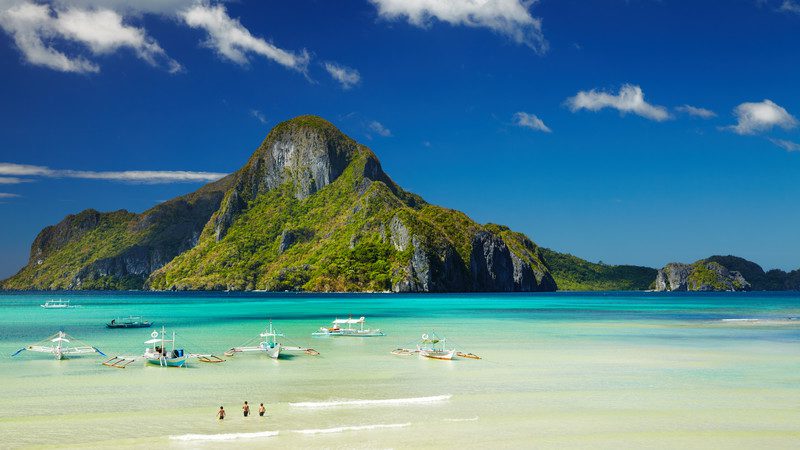 It is arguable that the Philippines, in general, are completely underrated and under-appreciated. As a whole, they are tropical islands with amazing beaches and tons of vacay-worthy activities. Of the group though, Palawan is by far the gem… so much so that it has been voted the best island in the world multiple times.

This tiny slice of paradise not only has sparkling emerald waters, tiny fishing villages, lush mountains, but some of the best scuba diving spots in the world. Visitors here can run into rare purple crabs or dive among pristine shipwrecks all in one afternoon. 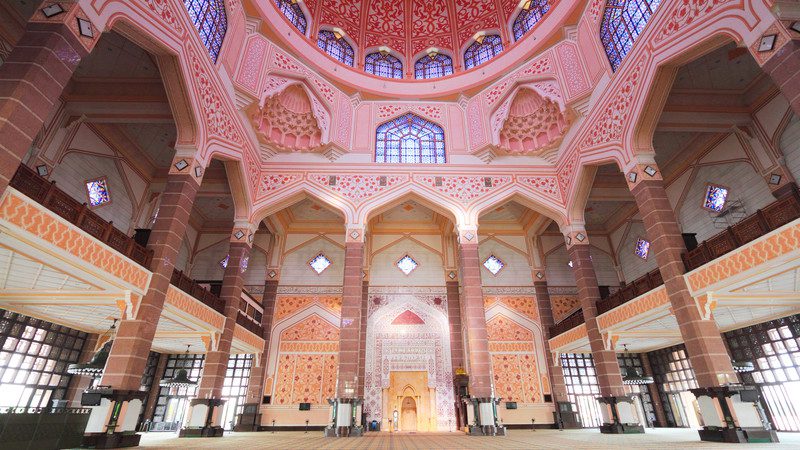 Malaysia doesn’t make it on to many traveller’s bucket lists – considering the colourful and lively nature of Kuala Lumpur, it’s quite a shame. Kuala Lumpur, the capital city, is an eccentric mix of tall skyscrapers intertwined with colonial buildings and lush banyan trees. And the city’s buzz – oh, it’s addictive.

Perhaps most enticing for travellers is the mouth-watering street food scene. Traditional coffee shops and food stalls line most streets, enticing visitors to try a tasty bite of the freshly cooked food. Shopping is also a big draw here with options ranging from glitzy mega malls to traditional markets filled with locally made handicrafts. 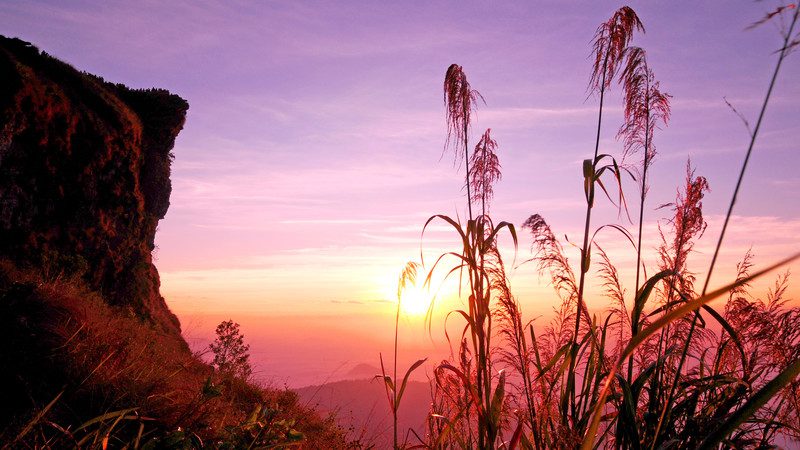 In my opinion, Chiang Rai is the most overlooked destination in Thailand. This small but enchanting city in the far north just offers so many activities and options. Not only are the local cuisine and accommodations outstanding, but (considering its lesser-known status) it’s really good value.

A personal favourite here is what’s known as the Golden Triangle – the point at which Thailand, Myanmar, and Laos all meet. As such, visitors can easily take day trips into remote areas of Myanmar and Laos – places that most tourists never get the chance to see. 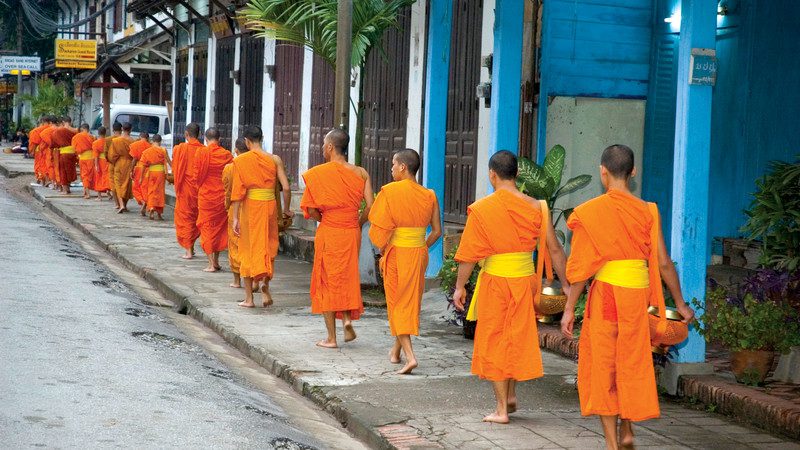 The spiritual epicentre of Laos is nothing short of remarkable. Trust. Often overshadowed by other South East Asian metropolises (i.e. Bangkok and Ho Chi Minh City), Luang Prabang is more like a large, friendly village than your typical city. Don’t let that deter you though. Despite having just four main roads, it’s known for its stunningly well-preserved Buddhist temples and monasteries.

The cuisine is pretty great (start embracing the country’s staple, sticky rice, like, now) and check out the biking, hiking and kayaking opportunities too. Another draw is the alms giving ceremony. Each morning, like clockwork, hundreds of monks walk the streets collecting food from both locals and visitors alike.

EXPERIENCE LUANG PRABANG ON ONE OF THESE SMALL GROUP ADVENTURES

Asia is such an incredible region. Explore it now on an epic small group adventure with Intrepid. 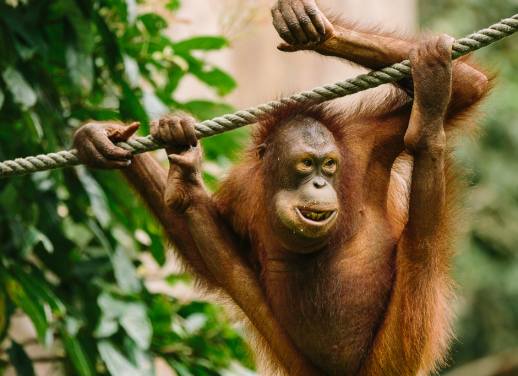 Bridget Kapinus is a Chicago-based travel writer. Her various exploits range from living in Japan and Ecuador to touring Europe, Iceland and Central/South America. She's particularly passionate about wildlife and adventure travel, and someday hopes to visit every continent.

Hue and Palawan are two of the most amazing places I’ve ever visited.

I love going to the beach and Krabi & Palawan look amazing! Great Post!