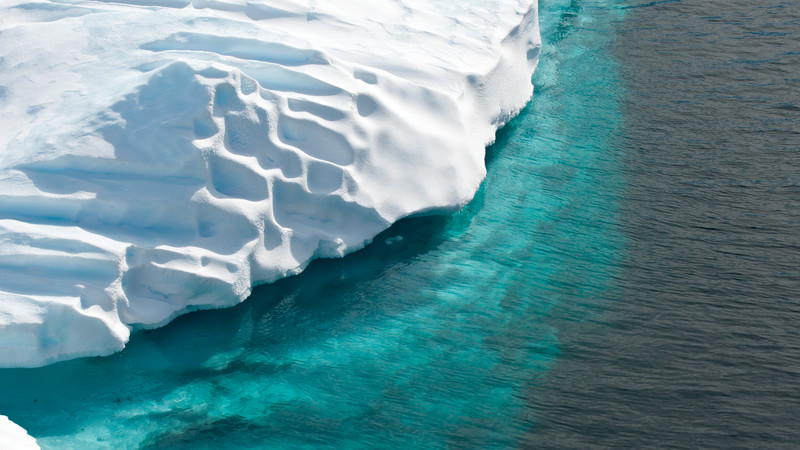 What’s hot in travel? This year it’s the weather, again. Intrepid’s co-Founder gets all het up on climate change and on how you can help prevent it from ruining your planet (and your travel plans).

Unseasonably cold, rainy days or even tornadoes, hurricanes and floods. Extreme heat causing flight cancellations and delays. Climate change is not only one of the most urgent problems facing our world today, it also really does put a dampener on the trip of a lifetime.

Ten years ago, the award-winning documentary An Inconvenient Truth shocked our business into action, with Intrepid making a commitment to minimise our environmental impact through our Carbon Management Plan. As a company of travellers, we believe it is our responsibility to sustain and protect the environment we use and enjoy.

Last week I had the privilege of meeting Al Gore again to see a preview of An Inconvenient Sequel and to discuss the progress that the world has made in grappling with climate change in the last decade. 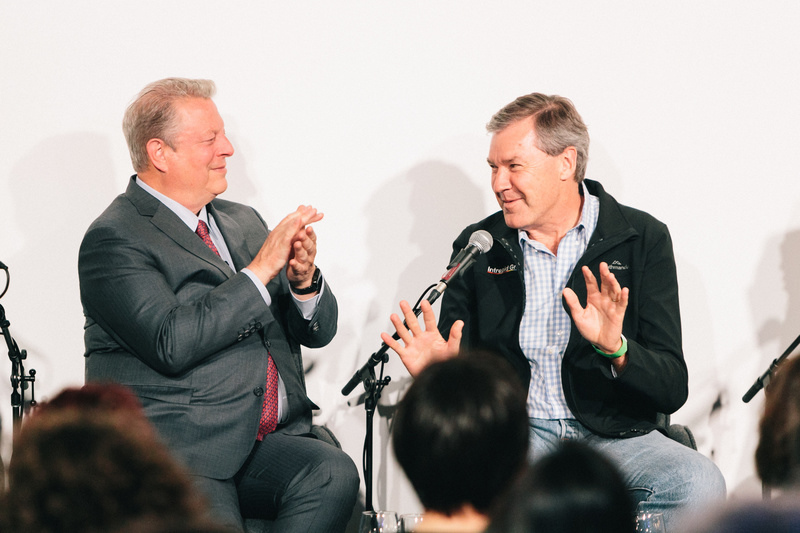 The good news is that, in many ways, the world has made great progress. Notwithstanding the president of the USA and a few ‘delusional’ Australian politicians, most of the world accepts the science of climate change. Indeed 175 countries agreed on steps to limit warming in The Paris Agreement. And there have been amazing advances in the pace of renewable energy deployment: it’s now cheaper to build a renewable energy plant than it is a dirty old coal mine. Al Gore said ‘there is a sustainability revolution and it is happening as fast as the digital revolution’. Hallelujah!

But there is still an inconvenient – and urgent – reality facing today’s travellers. The act of travelling is a significant source of carbon emissions and that is a problem that the travel industry can’t ignore any longer. The travel industry is now 10% of global GDP, and is one of the fastest growing industries in the world. Every plane in the sky and new hotel in the world is emitting huge quantities of carbon. The UN may have made 2017 the International Year of Sustainable Tourism for Development but even this year, and in the wake of the Paris Agreement, there are no industry-wide plans to reduce  carbon emissions.  The irony is if we don’t take action there will be no travel anyway.  There will be no reefs, no ski fields, no beaches. And many of the world’s cities will be under water.

From an Intrepid perspective, I’m remorseful about our industry’s lack of progress. A decade ago we realised that, although we were an award-winning responsible travel company, we were also part of an industry that could be seen as environmental vandals.  We just hadn’t thought about it. 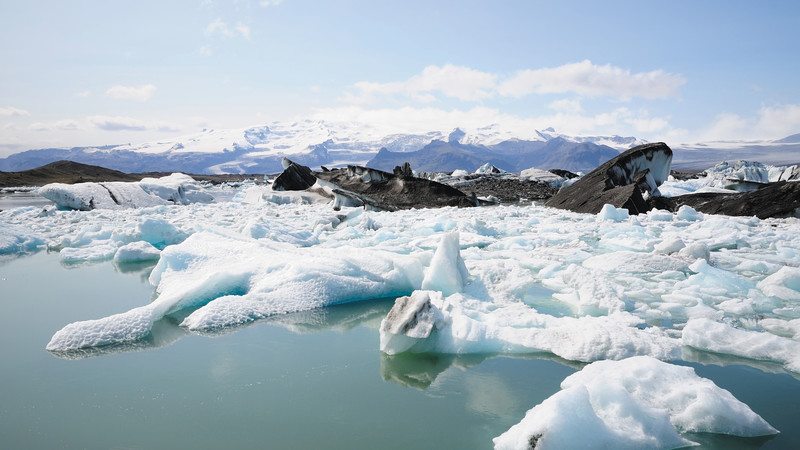 After much discussion and introspection, we decided to do something. We set out on a journey to see if we could measure our emissions, reduce where possible, and offset the balance to become carbon neutral. Four years of sweat and toil later we were audited to prove we had achieved our aim: our global offices were carbon neutral and the trips we operated in over 100 countries around the world were all carbon offset.  When you travel with us, we offset the carbon emissions from your trip by investing in renewable energy projects.

Since that time, Intrepid has grown from a turnover of around $30 million to over $300 million, and we are racing towards a billion.  Over the last seven years, we’ve invested AU $1.6m in a bid to combat climate change. Despite the cost and effort, the sky hasn’t fallen in by taking action – we’re growing fast and we’re profitable.

This could perhaps be seen as a climate change success story, so why am I remorseful?  Because we thought that once our own house was in order that was the end of it; that travellers would demand change and the industry would follow us. Far from it. After 10 years, travellers as a whole are unaware, and while there are notable exceptions, the travel industry is doing even less.

Should we stop travelling? We started Intrepid because we firmly believe that travel can be a force for good in the world. So why can’t other businesses take the steps we did?  It’s not that hard, it’s not that expensive. And it doesn’t kill either growth or profitability.

It’s time we, as travellers, expected a little more of ourselves and the businesses we support. But before we start hurling stones at travel businesses, it’s worth looking at our own lives. And this is where it gets really inconvenient! We are all travelling more than ever and, while we might be recycling our bottles, we are still getting on planes.  The reality is that when most people take a holiday, they relax. They probably don’t offset their flights and they almost certainly don’t look at what the hotelier, tour operator or car rental company does about their carbon emissions.

And for me, that’s why Al Gore’s An Inconvenient Sequel is so inspiring. It shows how the real progress that has been made in the last ten years has come from the grassroots. Because you can make a difference by voting with your wallet. Companies must respond to customer demand. If a business is not part of solution they will be identified as part of the problem. Today, compared to ten years ago, we have the solutions and we have ability to do what needs to done. What we don’t have is an unlimited amount of time.

An Inconvenient Sequel is out in cinemas in August. 100% of profits goes to the Climate Reality Project. The Intrepid Foundation supports environmental projects including Greenpeace’s efforts to decrease carbon emissions and halt destruction of The Great Barrier Reef. All donations are matched by Intrepid dollar-for-dollar. 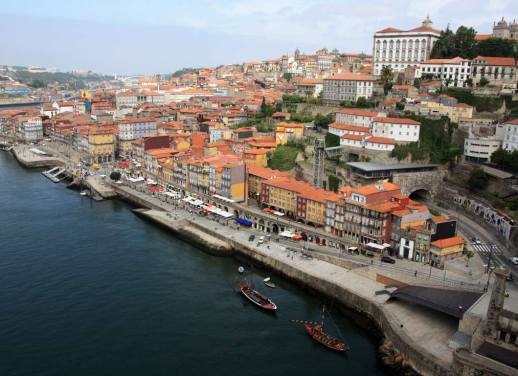 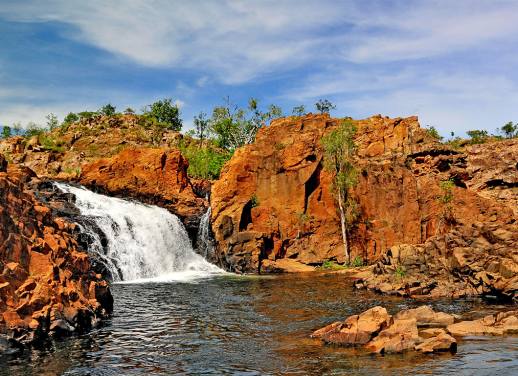 An outspoken advocate for sustainable tourism, Intrepid’s co-Founder and Executive Chair was one of the first group of Australians to complete Climate Project training with Al Gore. He went on to spearhead Intrepid’s climate management programme, helping to achieve the goal of being a carbon neutral business in 2010. Darrell is a board member of The Intrepid Foundation, a mentor for the University of Melbourne’s entrepreneurship programme, and has recently been appointed to the Executive Committee of the World Travel and Tourism Council.

One forest fire undoes us in a mere moment.

It is very important that other travel companies follow your lead in reducing their effect on the climate. You are to be commended for the efforts you have made so far.

Let’s ban all means of private transportation-then maybe we’ll have a carbon shortage.I haven’t owned a car in 30 years.