Home » What to do with 8 days in Italy
Guides

What to do with 8 days in Italy 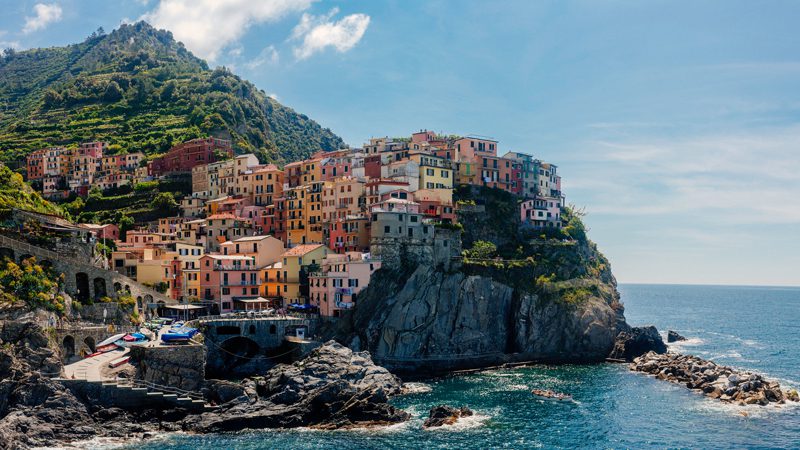 When you think of Italy, three things probably come to mind: pizza, pasta, and photogenic ancient ruins. After spending eight days in Italy on Intrepid’s Highlights of Italy tour – hitting up Venice, the Cinque Terre, Florence and Rome – I can categorically tell you there is a lot more to it than that (but don’t worry, pizza and pasta still featured heavily.)

Here’s your guide to eight perfect days in Italy. 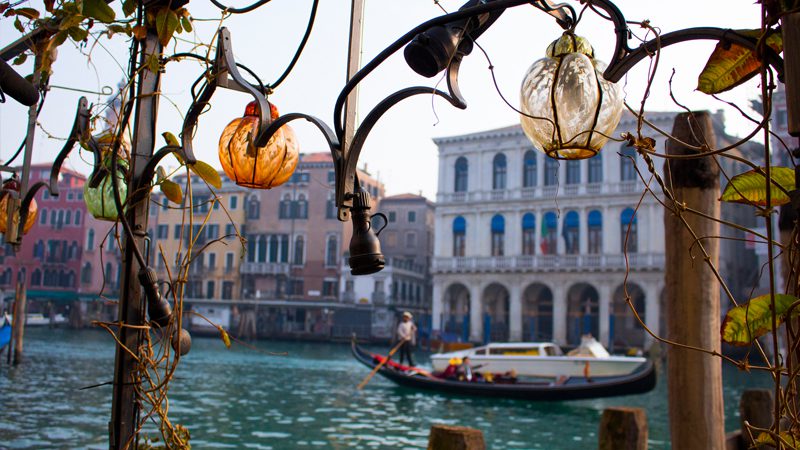 To make the most of Venice, get up early in the morning and head out to Piazza San Marco (Saint Mark’s Square). This will give you time to find a morning cup of coffee and watch the sun sparkling over the water before the square fills with fellow tourists (seriously, you won’t be able to swing a selfie stick by 11am). Stick out the lines to get into Saint Mark’s Basilica and you’ll be rewarded with a view as impressive as the sun shining across the Grand Canal.

And while you’re in the area, pop next door and climb the steps up Saint Mark’s Campanile – the bell tower – for a sweeping panorama of Venice. If your camera or smartphone allows you to take panorama photos, all the better. It only costs €8 to climb the bell tower. Bargain. Next, spend a few hours wandering around Venice getting purposefully lost. Venice isn’t just a couple of pretty bridges, and a nice view or two. Every single corner you turn around – and the city’s labyrinthine passageways and bridges mean there are a LOT of corners to turn around – you will get yet another postcard-worthy scene.

On the second day of the Intrepid tour, me and a few others in the group caught a ferry (approximately €20) out to some of the smaller islands that surround Venice: Murano and Burano. Murano is famous for it’s glass-making, so you’ll get to see lots of hand-crafted glass animals, vases and chandeliers and wonder ‘how the heck did they do that?!’. Burano is known for it’s adorable, colourful houses (Facebook likes on your photos guaranteed). Well worth the trip if you’ve got a spare day to kill.

In the evening, do the tourist thing: ride in a gondola, and watch as the sun sets over the canals. Gondola rides are expensive, so if you get a group of your fellow travellers together it will be cheaper for everyone. Score one for small group touring.

Days 3 and 4: The Cinque Terre 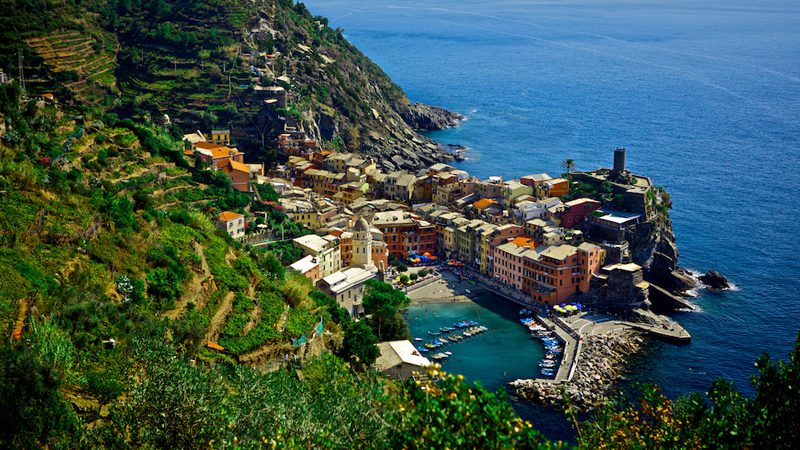 Ah, the Cinque Terre. The string of centuries-old seaside villages that launched a thousand Instagram posts. To say that the Cinque Terre is eye-catching is an understatement – and it also offers a slightly more laid-back and peaceful few days of sightseeing than some of the busier cities in Italy (peaceful by Italian standards, anyway).

In summer, it’s also possible to take a dip in the sparkling blue ocean waters after a hard day’s hiking and/or train riding. 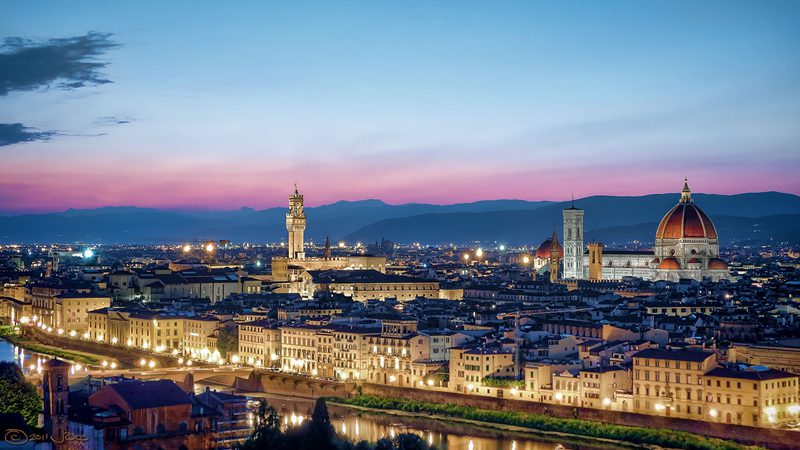 I don’t want to have my passport confiscated when I next try to visit Paris, London or Berlin… but it’s my firm belief that Florence has the best architecture in all of Europe. Sorry, other European cities. The moment when you turn a corner and enter the main square – the Piazza del Duomo, and see the Cattedrale di Santa Maria del Fiore, the Baptistry and Giotto’s Campanile for the first time – you will find yourself agreeing with me and thinking ‘What’s the big deal about Paris anyway?’. Sacrilege I know.

If you think the outside of the buildings are impressive – detailed, geometric patterns of forest-green, rose-gold and cream marble that create a visual extravaganza – then just wait until you see inside. You can purchase a combined ticket – called the OPA pass – to the Baptistery, Giotto’s Campanile, the Cathedral Museum, Brunelleschi’s Dome, and the underground archaeological site of Santa Reparata for €15, which is valid for 24-hours from the first use. Plenty of time to see them all.

If you’re not museum and art-galleried out after that, on your second day in Florence you should visit the Galleria Academia and the Uffizi Gallery – but you’ll have to make sure you book well in advance. Booking tickets online costs €16.50 each. This might seem like neurotic pre-planning, but the artworks in both the Galleria Academia (Michelangelo’s David) and the Uffuzi (works from Botticelli and da Vinci) make it worthwhile. You can stroll pas the queues of desperate ticket-seekers with your pre-paid pass in your pocket and smirk quietly to yourself if you like. I know I did. 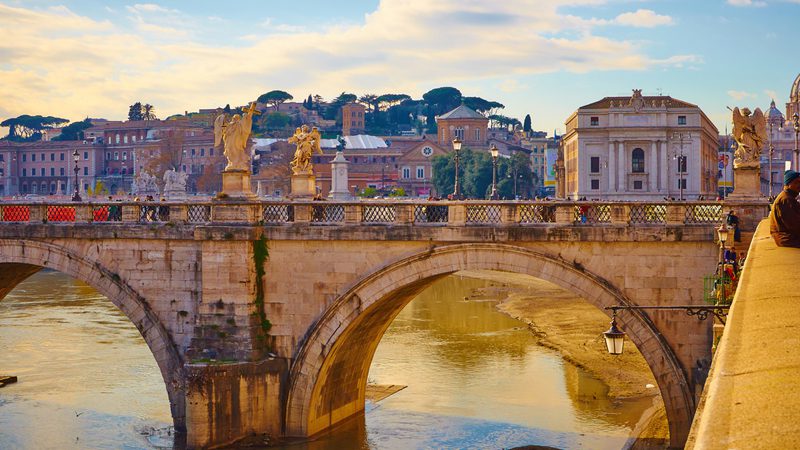 It’s already the last two days of your tour (where did that go?) At this point, you might feel like crying. But persevere, because there’s so much more to see – and so much more gelato to eat.

First up, make your way to the Colosseum. There’s likely to be Julius Caeser monologue-long lines, so to save time head to the Palatine Hill entrance at the Roman Forum. Here you can purchase a combined ticket for the Roman Forum and the Colosseum for €12.00 – which is valid for two days. I would recommend an audio guide for the Roman Forum – which costs around €6.00 – to help give you some context for all those bits of crumbling rock.

WHY SARDINIA IS ITALY’S BEST-KEPT SECRET

Next, catch the subway to the Vatican and Sistine Chapel. Rome’s metro system is incredibly easy to navigate as there’s only two lines! Apparantly, any time they tried digging to expand upon their public transport system, they uncovered more ancient ruins. Champagne problems, right?

Book online for the Vatican Museums and the Sistine Chapel, and you’ll be able to skip most of the queues to make your way inside. I went with the option of pre-booking an audio guide with my ticket, which cost €27 including the booking fee. There’s not a lot of information about the artworks on the set path in the museum, so a tour or audio guide is worth it. If you’ve got some time left in Rome, hit up Saint Peter’s Basilica. Entry into Saint Peter’s Basilica itself is free, and climbing the cupola – the dome – costs €7.00 if you take the lift. Trust me, take the lift. This will take you right up to get a view on the dome inside the Basilica. You then climb a few extra steps (okay, a couple hundred steps) and then you will be rewarded with a fantastic panorama of Rome and Saint Peter’s Square from outside.

Your time in Rome is probably almost up (unless you’ve booked a few extra days to explore, you clever thing) so there’s only thing left to do on your final night: ingest as much pizza and gelato as you humanly can. Good luck.

Want to do Italy right? Check out our Highlights of Italy small group adventure. We’ve got a pizza with your name on it. Want more destination inspiration like this? Sign up for our FREE e-newsletter here. 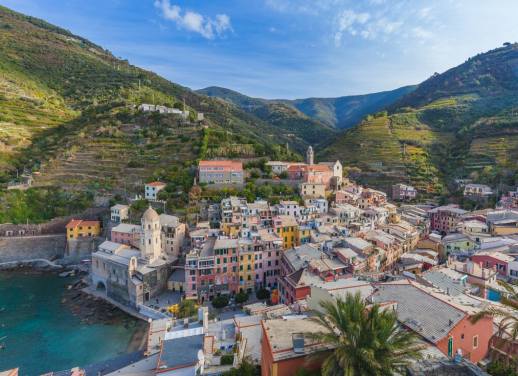 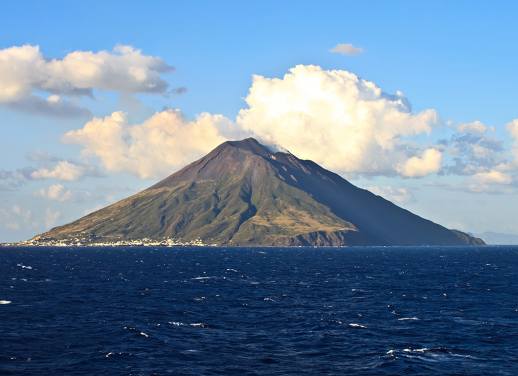 Hi I want to plan this trip to Italy

This is really perfect. I am planning to spend my vacation in Italy. I cannot wait to visit.

This is such an amazing post, thanks so much!!!! I’m planning to be in Italy in October and was wondering if you had recommendations on “tall chic boots” that are also comfortable!! Planning to start in Venice, then Florence, and then Rome. I’ll also be in Ireland, Scotland, and Scandinavia before Italy, so i’ve been looking at warmer boots, but am afraid they might be too warm . . ?! Any recommendations on good not too warm but nice & comfy boots??

8 days!!! I need 8 years in Italy I keep going back again and again