Home » 7 reasons to make your Singapore layover a stayover
Features

7 reasons to make your Singapore layover a stayover 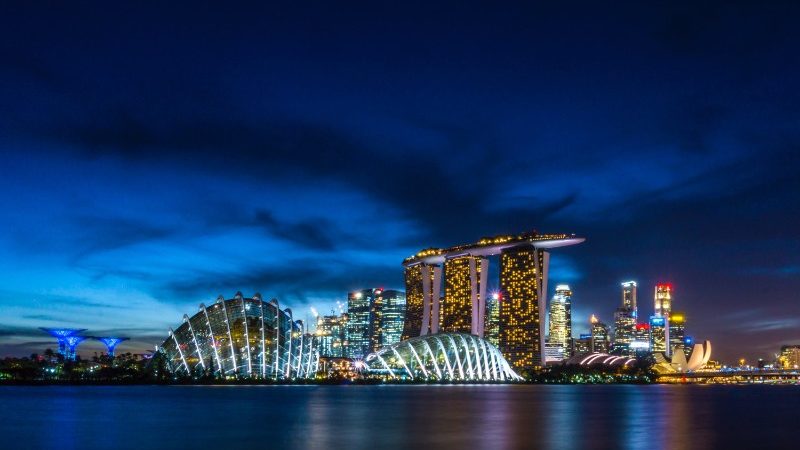 I think there’s been some sort of conspiracy around Singapore. This city-country might have a reputation for being the place in Asia your grandparents want to visit, but turn your next stopover in Changi Airport into a stayover and you’ll find a city that’s so much more than a Singapore Sling at the heritage Raffles Hotel.

Singapore is a place that’s comfortable in its own skin, and why shouldn’t it be? The sun is almost always shining, the food is prolific and cheap, the history is interesting, and the whole place is a little bit kooky (in a good way). The transport is cheap and efficient – taxis and Ubers are everywhere, and the trains and buses are excellent and easy to use with a travel card – the people are friendly and the city is a cinch to navigate.

After a week spent eating as well as a TV chef in the colourful city, I’m a card-carrying fan. Here are seven reasons you will be too:

1. You’ll work up a sweat simply by stepping outside.

If you want to come to a place where the temperatures average somewhere north of 30 degrees Celsius, then Singapore should be at the top of your list. Located just north of the equator, the great weather comes with a side of monsoonal rain – but that only lasts a few moments before the sun comes out again. 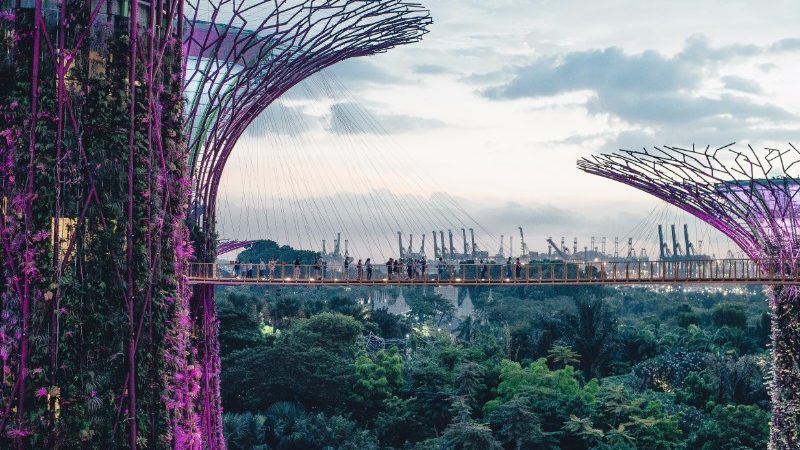 Image by Annie Spratt via Unsplash

I loved being hot in Singapore; this is a city that does heat well. Outside the hectic business centre, Singapore takes things slowly and moves with the heat. Public transport doesn’t break down in hot weather either; the ever-efficient bus and train network keeps both the city and the air-con pumping in all weather. The city has turned cooling off into an art form, from the ubiquitous palm sugar juice to the infinity pools at most major hotel chains (be prepared to pay or charm your way in if you’re not a guest).

2. It has the most affordable (and delicious) food in the world

You don’t get Michelin-starred food for under $5 in many countries – but then Singapore isn’t every country when it comes to food. Food is a religion in Singapore; and here, salvation comes cheap at any time of day. The churches? Singapore’s hawker halls and roadside corner shops. You can get everything from congee to crab, Hong Kong–style chicken to hot pot for generally around $3. 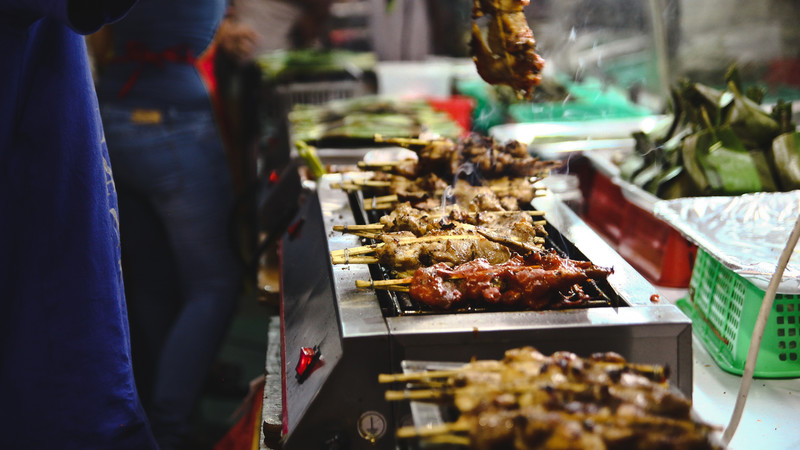 One of the more popular stalls in the Chinatown hawker centre is the Michelin-starred Hong Kong Soya Sauce Chicken Rice & Noodle. That’s another thing you should know about the food scene in Singapore – chicken rice is akin to god. More specifically: Hainanese chicken rice, a simple dish of poached chicken and rice cooked in chicken stock.

This dish almost started an international incident when Malaysia tried to claim the dish as its own (it’s considered the Singaporean national dish. You could (and we did) spend most of your holiday trying to find the best chicken rice in town. Was it the tiny restaurant at the bottom of the Golden Hill Tower? Or was it Loy Kee Best Chicken Rice on Balestier Road?

The only thing that can challenge Hainanese Chicken for a national dish is Singapore’s traditional breakfast of kaya toast and black coffee, which generally comes to a grand total of $4 and might just make you a convert (to black coffee with sugar, that is).

3. But if you want to splash out, you can do that too

Don’t get the wrong idea; as well as being the home of hawker halls, Singapore also put a cruise ship on the top of two high-rise buildings (that would be Marina Bay Sands). The city knows how to splash out.

The high-end dining here spans every culture and cuisine, from an Aussie chef making fancy barbecue at Burnt Ends to Tetsuya’s Waku Ghin, which does Japanese degustation.

The booze can be fancy too. We went to Atlas Bar in Parkview Square, which is a modern Art Deco bar where the idea of the Midas touch has been taken quite literally (the walls are covered in gold). As you can expect for a place that would make Scrooge McDuck feel at home, the drinks aren’t cheap, but they are good.

4. It’s a merging of cultures 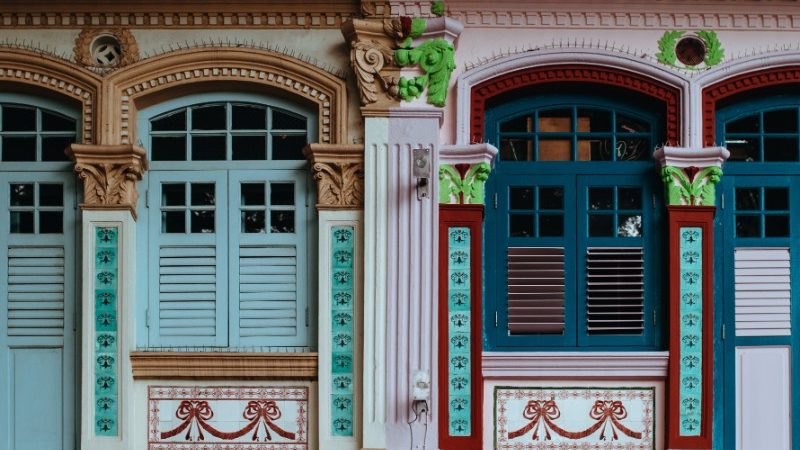 Image by Annie Spratt via Unsplash

Singapore is one of the most successful multicultural societies in the world, with large Malaysian, Indian and Chinese communities. You can find these cultures on the streets of Little India, Chinatown and Kampong Glam, suburbs which are seen as the centre of each cultural group. While you can go to each suburb (or a museum) to find religious temples or taste the cuisines, these cultures are the heart of the city-country and infuse life all over the city.

5. The buildings are made for ‘gramming

Ditch the idea of Singapore as a futuristic metropolis; outside of the CBD the city is a cluster of low- and medium-rise brightly coloured apartment buildings rising out of tropical foliage. The colours of choice? Pastels, including the internet’s favourite millennial pink.

READ MORE: WHAT TO SEE IN SINGAPORE

But don’t go thinking that Singapore is making a bid to be the next Wes Anderson set – bright colours are part of its history, from the riot of colourful Hindu temples in Little India to the Barbie-coloured Peranakan terrace homes in Kampong Glam. You’ll discover the best photos simply by wandering around. 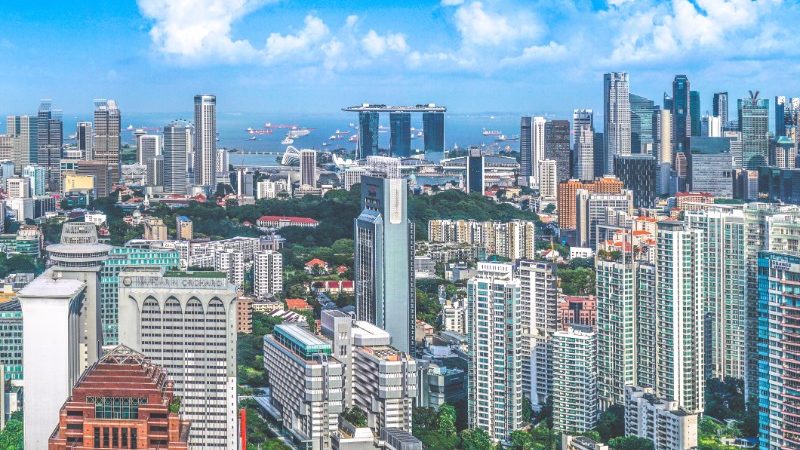 Image by Mike Enerio via Unsplash

Let’s be real – Singapore doesn’t have a reputation for being cool, like Tokyo or even Hong Kong. But I’m starting to think this is because people get distracted by Marina Bay Sands and don’t look in the right areas. Head to the ‘burbs and you’ll find indie operators doing such awesome things with coffee and cinema (among other things) that even Berlin would be jealous.

I could go on and on about these operators. First up, there’s The Projector cinema in the brutalist Golden Mile Tower; it’s a restored 1970s cinema hidden on the top of a carpark, and it might be my favourite cinema in the world (plus the tickets are cheap). Next up, BooksActually, a bookstore in Tiong Bahru which has a publishing arm out of the back of the shop printing poetry and short stories from around Asia. Then there’s Gillman Barracks, an old army barracks now turned into an art gallery precinct; or Nylon Coffee, a micro-roastery making the best coffee in Singapore in a space the size of the toilets in Atlas Bar. 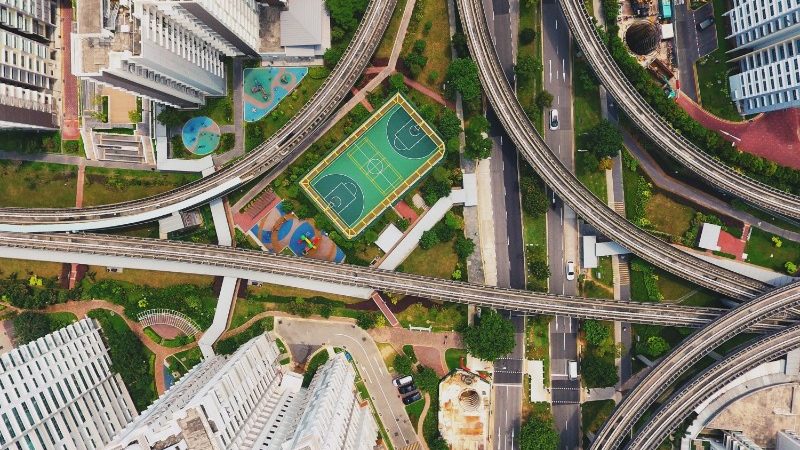 Image by Shawn Ang via Unsplash

Singapore tends to shout about its flashy attractions, but it’s the unmarked trails you follow that end up being the most fun. Once you start looking, you’ll find you’re never too far away from a park or walking trail in the city, from the famous and expansive Botanic Gardens to the historic Fort Canning hill, which is smack bank in the middle of the CBD.

We were wandering around Gillman Barracks when we spotted a trail heading into the hills. We followed it – and found ourselves on the famous Southern Ridges Track, with warning signs about monkeys everywhere. The walk took us through remnant rainforest up to the Henderson Waves Bridge, the highest pedestrian bridge in Singapore, and into Mt Faber. I think that moment, standing on the wooden pedestrian bridge looking out over the colourful apartment buildings and trees towards the ocean – that’s the moment I fell in love with Singapore.

Inspired? We thought so. Spend some time in Singapore before (or during, or after) your next Intrepid adventure.

I’ve only been cold twice in Singapore. The first was shopping in a supermarket called Cold Store, where the locals can be seen slipping on a cardie, but that’s really not what an Australian would call cold. The second was after being soaked in the beautifully warm rain then stepping – really briefly – into an air conditioned cafe. Ouch!