Home » Beyond the beach: 5 awesome experiences to have in Phuket
Guides

Beyond the beach: 5 awesome experiences to have in Phuket 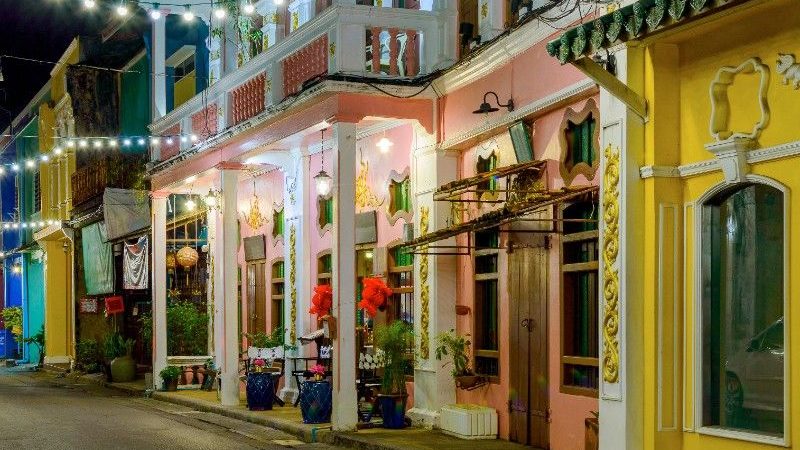 However, this popular island tourist destination has so much more to offer – from charming historic buildings and intriguing museums, to refreshing waterfalls and wildlife rehabilitation centres. Here are five of our favourite things to do:

1. Explore Phuket’s shiny (and shady) past

Thailand is the only country in South East Asia that wasn’t colonised by Europeans but that didn’t stop shiploads of Dutch, Portuguese, French and British arriving in Phuket to start a new life. The result? A unique cultural melting pot like nowhere else in Thailand. The settlers built grand Sino-Colonial mansions, which stood in stark contrast to the traditional temples. They blended their favourite European dishes with local cuisine to create a fusion of flavours. Towards the end of the 19th century, a new batch of immigrants from China arrived in Phuket to seek their fortune in the tin mining boom.

During this shiny time in the town’s history, a shady scene emerged on a street called Soi Romanee, which roughly translates to “place of lovely, pleasing fun”. Among the pleasures to be found on Soi Romanee were opium dens, gambling houses and brothels, but after the tin boom came a bust which left the street and its old buildings in less than a pleasing state. 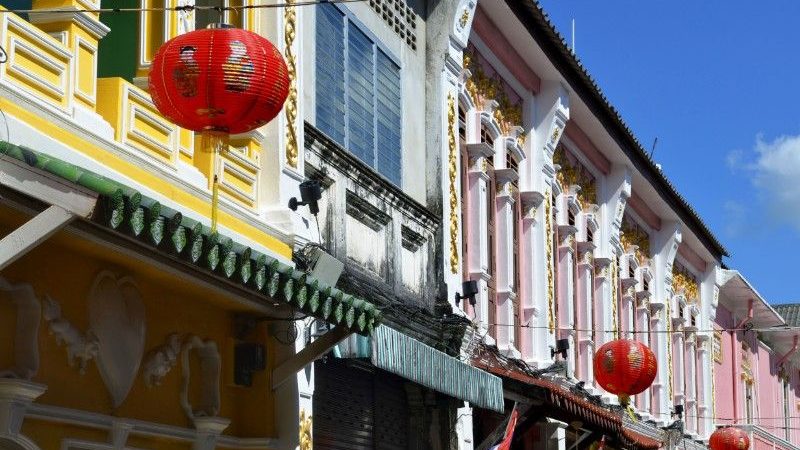 Realising the rich heritage and architecture in the area, investors have spent the past ten years restoring various buildings on the street to their former glory. Today, Soi Romanee has become a popular place for travellers to immerse themselves in the history of the town – as well as take snaps of the colourful and charming shopfronts (which make for an Instagrammer’s dream).

RELATED: FIRST-TIME TRAVELLER? HERE’S WHY THAILAND IS THE PERFECT DESTINATION FOR YOU 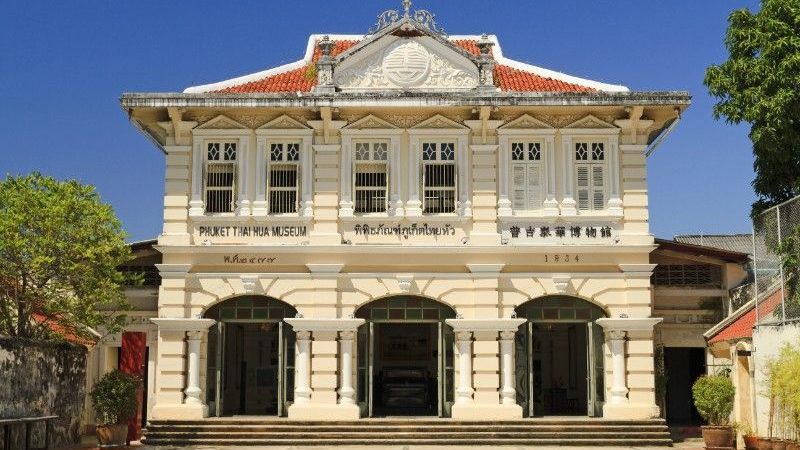 One of the most well-preserved and stunning buildings from this era is the Thai Hua Museum. Its traditional Sino-Portuguese structure features a charming open-air inner courtyard and a garden full of relics from the tin era, including old machinery and tools. If you want to get a good understanding of the history of Phuket, this museum should be your first stop – with exhibition rooms and documentary screenings that help to explain the intriguing Phuket-China connection, as well as the fashion and food that featured in the lives of those who walked the streets of the town throughout history.

If you’re not fussed by old things, you’ll be happy to know there’s a bunch of inspiring modern art in Phuket, thanks to several galleries that are dotted around the town. Featuring the work of both international and Thai artists, the galleries offer a mix of tourist-friendly artwork (think Buddha heads and Bodhi trees) as well as off-the-wall creations that you won’t find anywhere else in the world. Be sure to check out the work of local artist, ‘Mr Zen’, who runs the Wua Art Gallery and Studio; it’s full of quirky pieces that will make you smile.

RELATED: 7 REASONS WHY SOUTHERN THAILAND IS THE PERFECT HOLIDAY DESTINATION 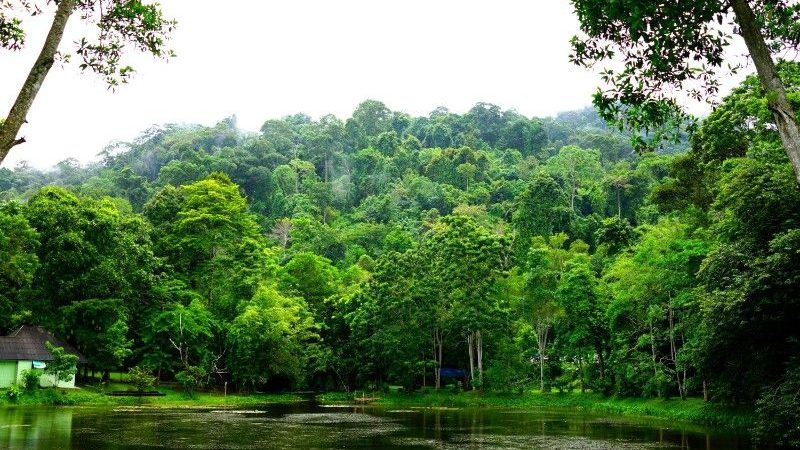 Phuket has become the animal-selfie capital of South East Asia, where travellers pay to pose with an array of exotic animals – from tigers and elephants, to gibbons and parrots. After living in this part of the world for several years, what has become clear to me is that the average traveller has no real understanding of how their happy snaps are fuelling the illegal wildlife trade. What can seem like a good idea for a Tinder or Facebook profile pic, is actually an excuse to keep a wild creature on a chain outside the front of a restaurant indefinitely. 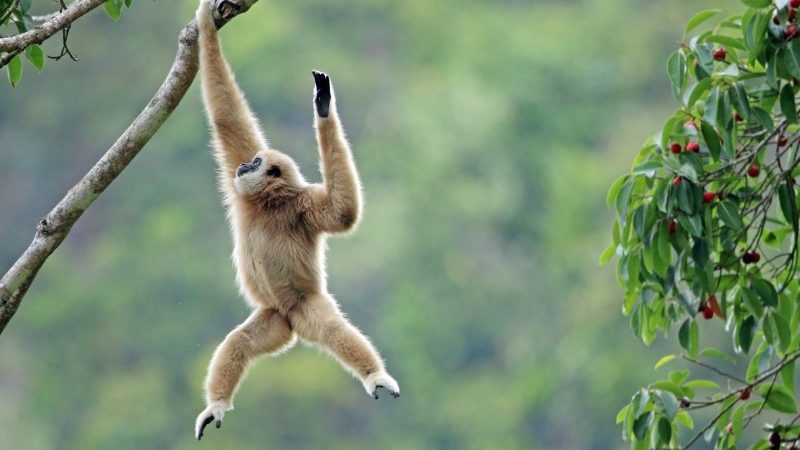 If you’re looking for a more responsible way to get up close and personal with some of Thailand’s wildlife, take a trip to the Gibbon Rehabilitation Project in Phuket. The centre was established in 1992, with the aim of putting an end to the demand for gibbons being used as entertainment for tourists. The team work to rehabilitate white-handed gibbons back into their natural habitat, and to educate visitors about the ins and outs of the illegal animal trade in the region. It’s free to enter the centre but you’ll need to pay a fee at the gates of Khao Phra Thaeo National Park where the centre is located.

VISIT THE GIBBON REHABILITATION CENTRE ON THESE INTREPID ADVENTURES

5. Cool off away from the crowds 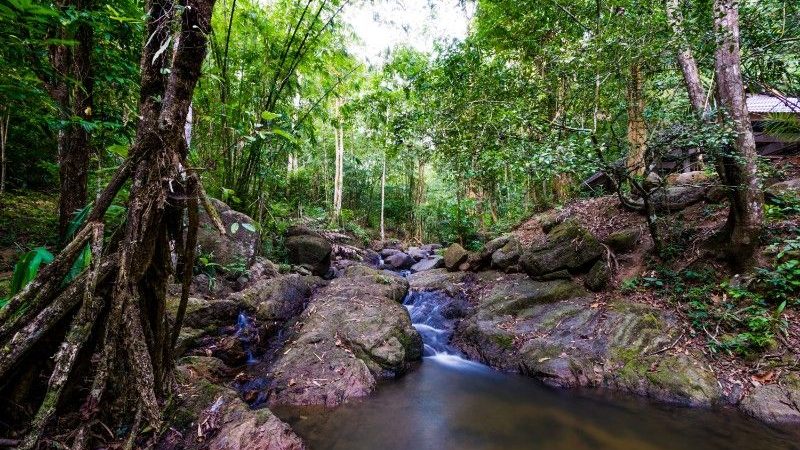 It’s a fact that Phuket has many beautiful beaches, but if you’re looking for a place to cool down away from the crowds, head to one of the refreshing waterfalls in the area for a swim. The volume of the water will depend on the time of year, but you’ll have the benefit of welcome shade from tropical plants, providing a little relief from the year-round heat.

RELATED: BEYOND THE GRAND PALACE: WHAT TO DO, EAT AND DRINK IN BANGKOK

The three most popular falls are Kathu, Ton Sai, and Bang Pae. The latter two are both located in the Khao Phra Thaeo National Park in the east of Phuket, where you’ll find the Gibbon Rehabilitation Centre, as well as butterflies, birds, deer and monkeys in the surrounding jungle. Bang Pae is Phuket’s biggest waterfall – standing at 10 metres high, it’s the area’s the most spectacular. If you visit, be sure to wear decent shoes as the hike to the falls can be rough and slippery in the wet season.

There’s SO much more to explore in Southern Thailand than beautiful beaches (although we *do* love them too!). See another side of Thailand on an Intrepid small group adventure now. 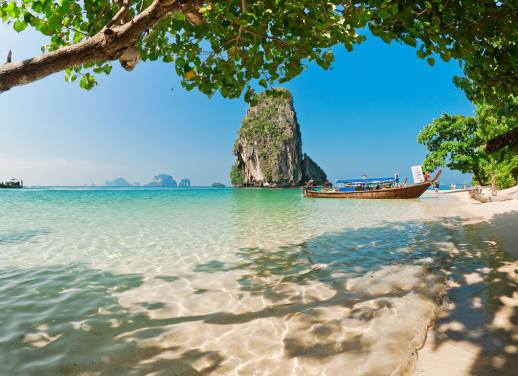 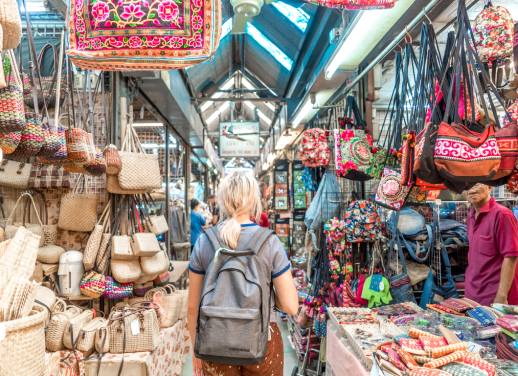 After the pandemic, I wish I can go back to Phuket to see the beautiful view once again. I love to see the warm smile of the locals again. Thank you for this blog!

As an on-and-off Phuket local the last few years, I can fully endorse this list! I especially appreciate #4, as not enough big travel sites are doing their share to shed light on this subject. The last year has also introduced Phuket’s first truly ethical elephant rehabilitation center, Phuket Elephant Sanctuary. No shows/rides/pain towards elephants, only genuine interaction on the elephants’ terms. It’s also located in the same part of the island as the Gibbon Sanctuary and totally worth a look. Way to go, Intrepid Travel!