New Zealand: North or South Island? Here’s how to choose 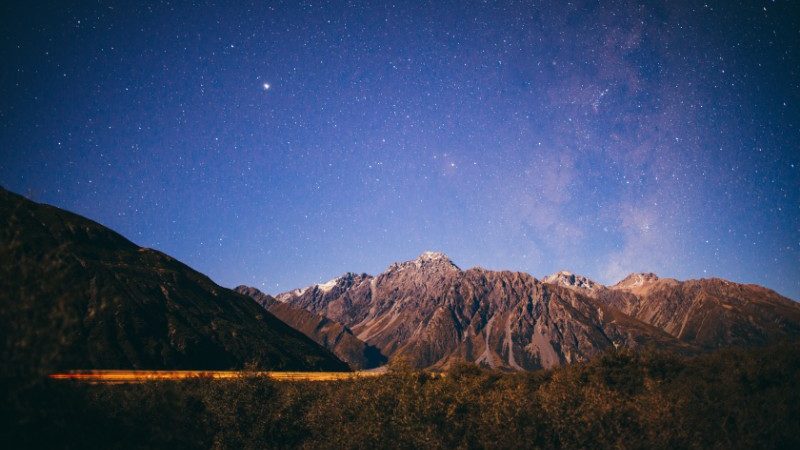 New Zealand is one of those places, split by a strip of water, whose north-south divide makes it easy to play favourites with. Before my first visit, some people were like, “Go straight to the South Island, it’s way more beautiful.” Others said the north has “more going on” and is more interesting.

All well and good, but it depends on your definition of “beautiful” and “interesting”. The North and South islands both have these qualities in spades, just in different ways. But if you don’t have time to go to both, here’s a rough breakdown to help you decide which way to go. 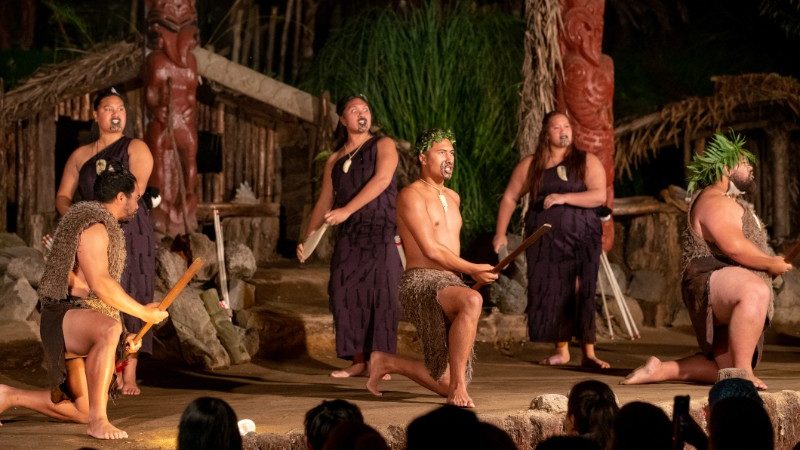 There is indeed a lot “going on” in the north. Take Wellington, the capital, which is small but has more places to eat per capita than New York City. I’m pretty sure two thirds of these are craft beer bars, and nearly every one of the many I visited were great. Wellington also has surely one of the best museums in the southern hemisphere, Te Papa. And Auckland, for all the battering it takes about being the stunning-but-sterile harbour town (the same old label regularly slapped on Sydney), it more than pulls its weight – between Ponsonby Street, the Wallace Arts Centre and the America’s Cup (sailing race) alone.

But for me the most interesting thing culturally about the North Island is the Maoritanga – the Maori way of life – which is all around you the moment you get there. The North Island is where the vast majority of New Zealand’s Maori people reside, and it’s a refreshing change to come here from Australia, where Indigenous cultures are far more marginalised (and, to be fair, account for a smaller proportion of the population). To really immerse yourself in Maori culture, head for Rotorua, where there are two key Maori experiences to be had. One is a cultural performance and traditional hangi dinner at Mitai Village; another important spot is Te Puia, home of the Maori Arts and Crafts Institute, where Maori guides will show you around the geyser-rich lands of their ancestors. 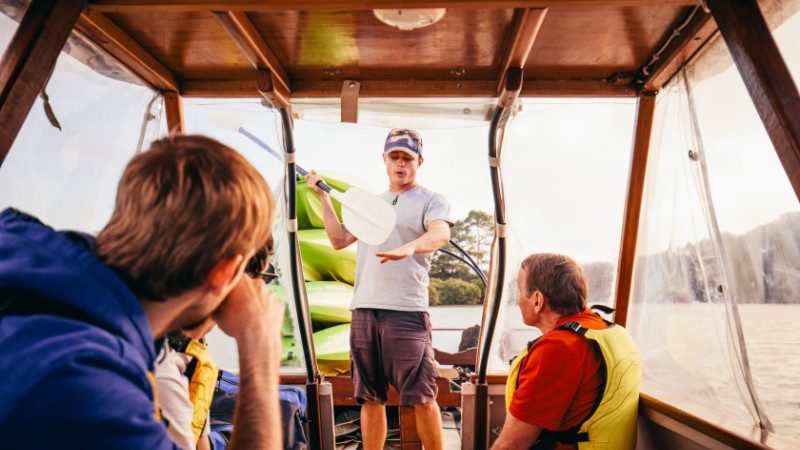 A significant perk of the North Island is the weather. New Zealand on the whole is wild, vast, rugged, and geologically volatile – the Iceland of the southern hemisphere, if you will – so don’t expect the Mediterranean. But in the far north you’ll find the Bay of Islands, where seabirds and dolphins flit across clear teal waters, and secluded beaches are easily accessible. This subtropical zone is known as the “winterless north”, which may be a little generous. I was happy to be wearing a t-shirt there in April, at any rate. I went kayaking under a waterfall, climbed to jaw-dropping lookouts, learned about the Treaty of Waitangi (New Zealand’s founding document which was signed here), I did some sailor-style day-drinking in the former Hellhole of the North (aka Russell, the least hellish town on earth). Best of all, I slurped down some Pacific rock oysters and sea-urchin caviar fresh off the beach, sourced with a bit of help from the locals. 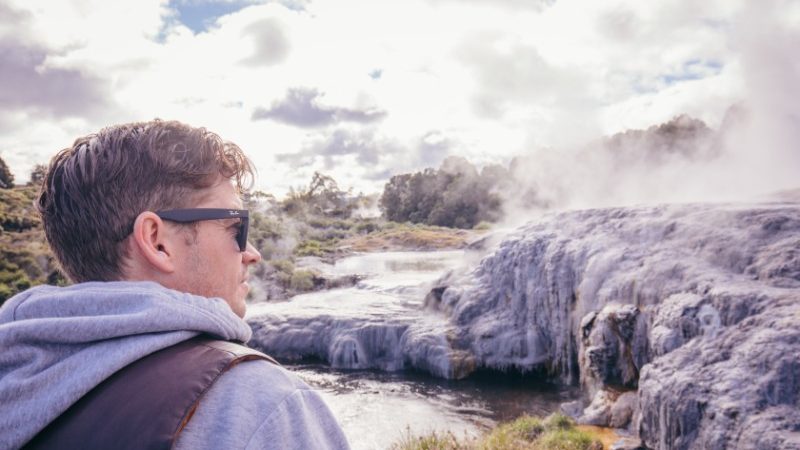 For geothermal activity, the North Island has the game stitched up. There are 22 volcanoes in the Auckland area alone, which gives an idea of what kind of earth this country was built on. And seeing a geyser erupt for the first time, which I did at the aforementioned Te Puia, is quite an experience for the senses – maybe somewhere between a feast and an assault. Once it gets going, the spectacle of creamy mist more than makes up for the sulphur smell. It also makes up for, if only for a moment, the unsettling fact that you are standing on – were born and are living and will probably die on – a continent formed by the cataclysmic collision of tectonic plates. It was a moment for pondering the big picture. I think craft-beer-o’clock came early that day. 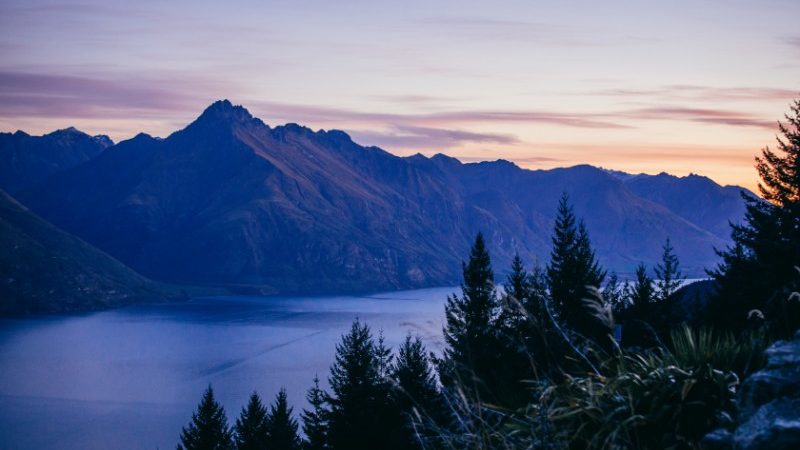 In the south, the big picture gets bigger. The scenery is on another level down there, between the glaciers, fiords, lakes and mountains. It’s places like Mt Cook, which is surely about as overwhelmingly beautiful as a mountain can get, that make people put the South Island on a pedestal. At 3,754 metres (12,316 feet) tall, and snow-dusted year-round, it’s part of the highest mountain range in Australasia, the Southern Alps. Likewise, on the coast nearby, is the Franz Josef Glacier, real top-of-the-list material for hikers. Further south, Doubtful Sound is all about dolphin watching and kayaking, as is Kaikoura, which is closer to the north end of the island. The Catlins Coast is different again – rugged and rocky and riddled with caves. 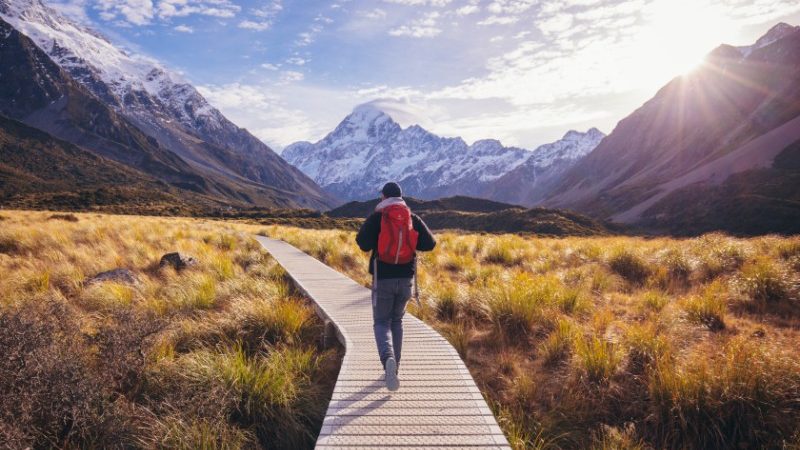 Is Queenstown really the adventure capital of the world? Probably. You can do all the “daredevil” things here, some of which will sound familiar, like skydiving, bungee jumping and zip-lining. Others are more niche; I though heli-skiing was only for people in Warren Miller ski videos, but apparently not. There are of course plenty of other places on the South Island for these kind of things – and on the North Island for that matter – but Queenstown is unmissable, so you might as well get them out of your system there. To get the thrills minus the terror, ride the gondola for 400-metre-high views. 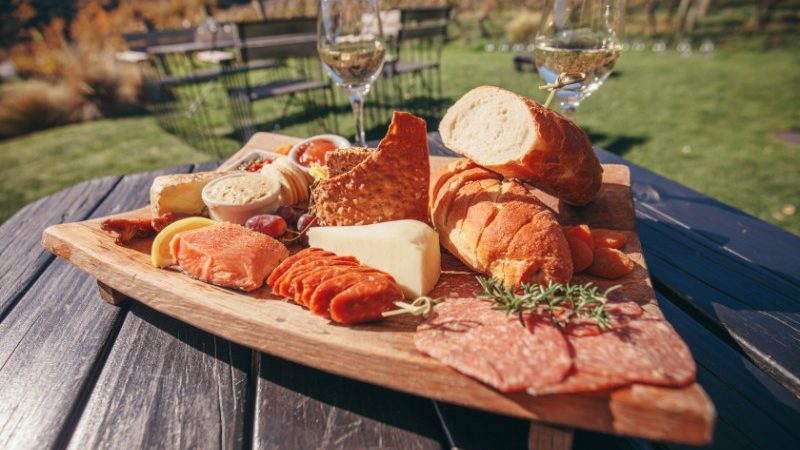 I used to think of lakes and mountains when I thought of the South Island, but now I associate it just as much with wine, cheese and oysters, and being comfortable, warm and relaxed. It reminds of Tasmania – like, come for the fresh air and hikes, stay for the fancy whiskey, kind of thing. So while your nearest and dearest are (safely) throwing themselves down cliffs and down mountain ridges in Queenstown, you can be down the road in the Gibbston Valley, enjoying excellent food and wine. To turn the volume down further, go to Wanaka – an hour northeast of Queenstown – for some lakeside r ‘n’ r and deserted alpine walking trails. 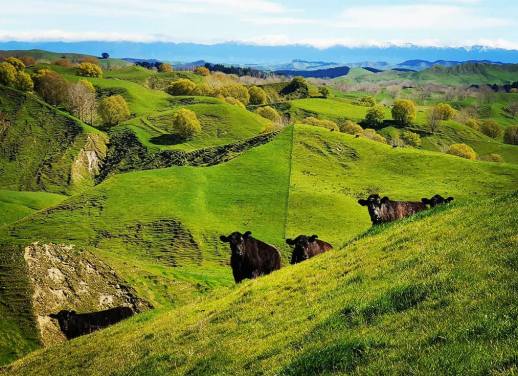 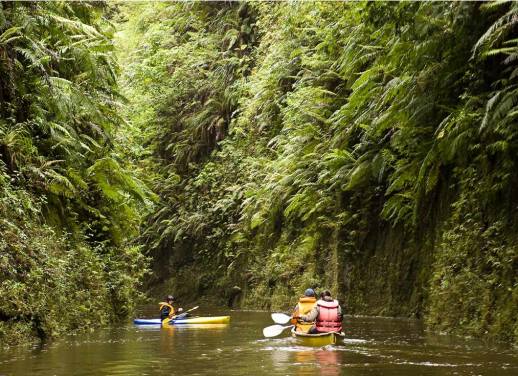 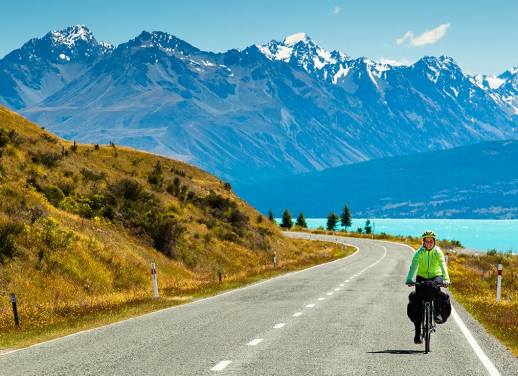 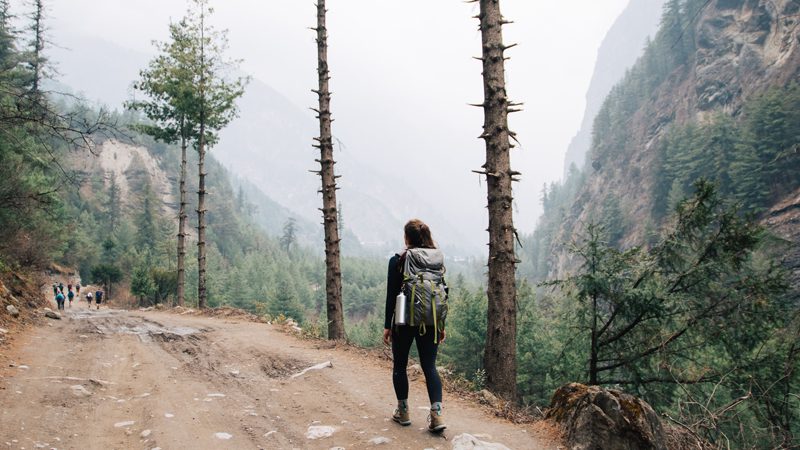 How to do Nepal during monsoon season 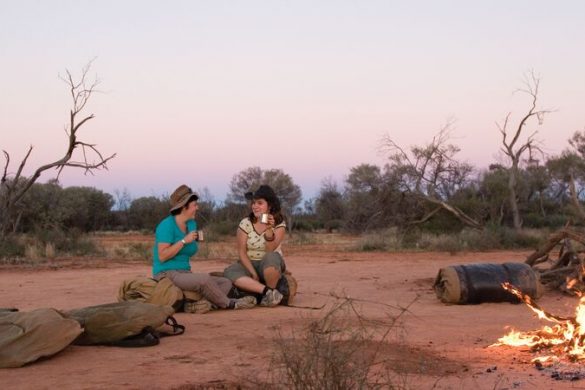 The top destinations for travel in September 2020: Australia edition 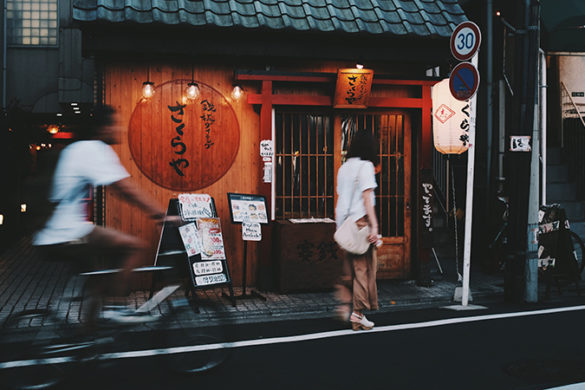 Cycling Japan: from Osaka to Tokyo 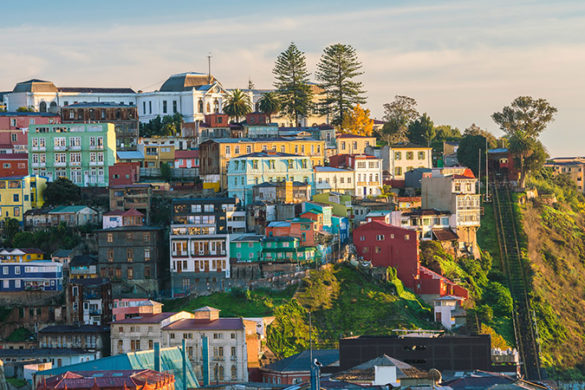 A guide to Valparaiso, Chile’s city of artists 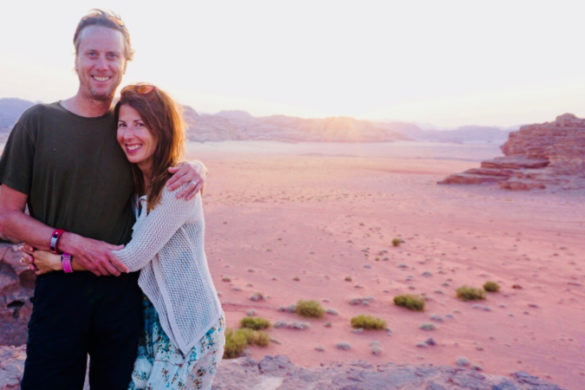 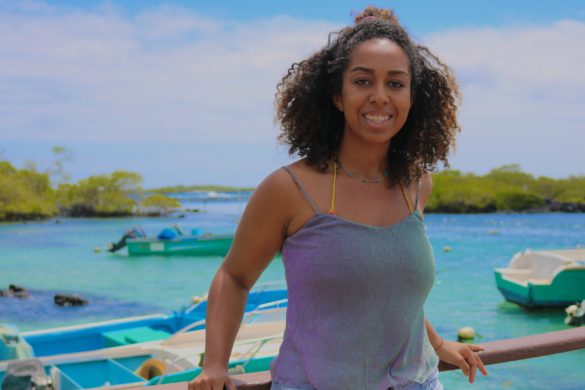 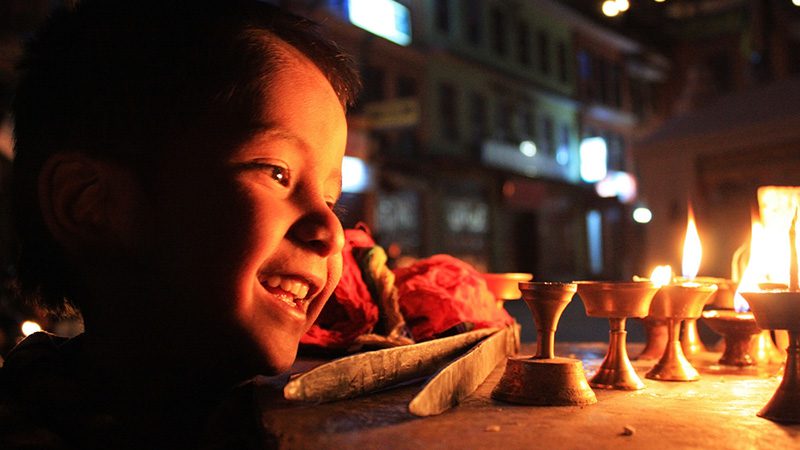 “Tourism creates jobs, jobs support families.” All your Nepal questions answered by our man on the ground 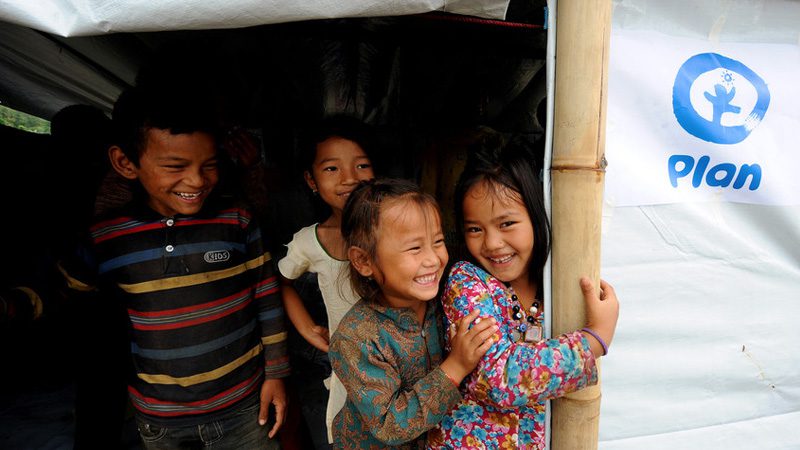 Nepal four months on: this is where your donations went 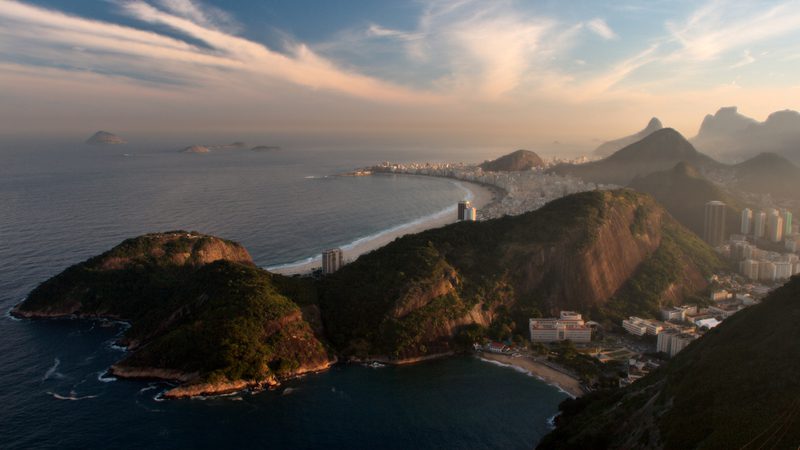 Great Blog!!
New Zealand is the most incredible place in the world to spend quality with family or friends.
Must visit place at least once in a lifetime and has an interesting culture too.