Home » The magic of Malawi, the warm heart of Africa
Stories

The magic of Malawi, the warm heart of Africa 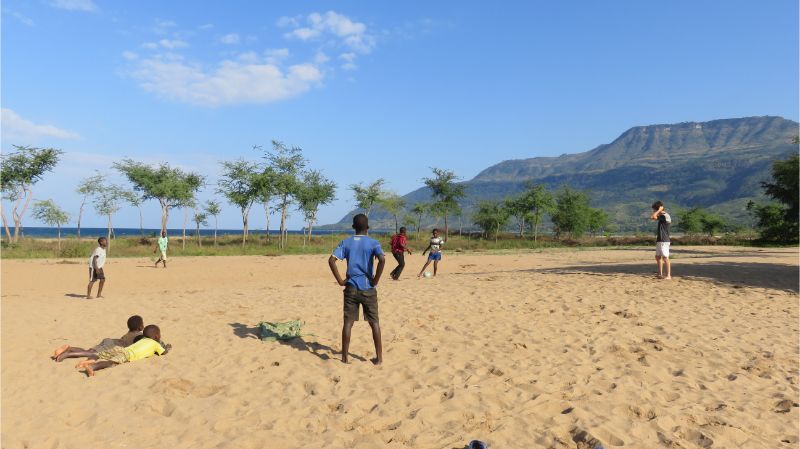 “Is Malawi called the ‘warm heart of Africa’ because of the people, or because it’s legit 10,000 degrees?,” I asked a fellow traveller as we drove the bumpy road to Kande Beach on Nkhata Bay, where we were going to be stopping for a couple of nights.

The road ran parallel to Lake Malawi; a lake that takes up almost half of the country with its size and clearly the cause of the intense humidity. Malawi felt very tropical for a land-locked country.

We passed by vast cassava fields and saw farmers hacking away at sugarcane with machetes. The truck stopped alongside the road near a forest of rubber trees that were being tapped for their latex and we played with the sticky liquid. We came down from mountain passes on roads that were blanketed with monkeys and rose up to higher vistas to see the lake, wide as the ocean, dropping off into the sky, blue meeting blue. 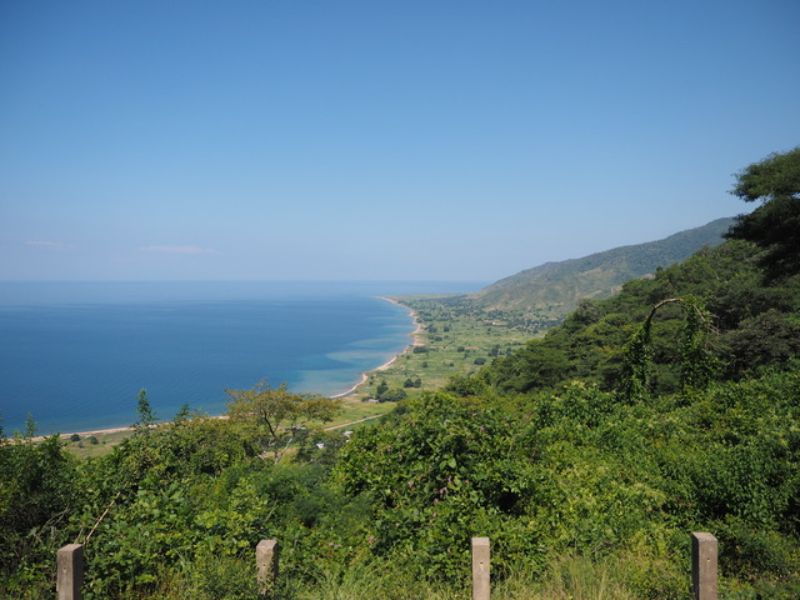 First view of the lake

I was hot…and tired…and had the beginnings of a head cold. I was on week 5 of my 6-week Cape Town to Zanzibar Intrepid trip and we had been on the dusty truck for 11 hours. Kande Beach couldn’t have come at a better time. Malawi ended up being a true ‘kick back and relax’ destination. Every country leading up to this one was packed with safaris, excursions, sites to see…but Malawi was about chilling with the people.

And, so, off to the bar I went. There wasn’t a soul in there when I arrived. I ordered a beer and watched the slowest moving barkeep go through the motions of serving it. His lack of speed was record-breaking. He took 4 steps to get to the cooler when one would have sufficed. He lined up the cash, left into the backroom for some time, came back and stared off into the distance.

At this point, a guy sat down beside me dressed as a ladybug in a tutu. (I wasn’t hallucinating – I hadn’t even got my beer yet.) Ladybug guy ordered a beer and the barkeep said ‘wait’ and continued to do something or nothing for another 5 minutes. I just looked at the Ladybug and said, “It’s fascinating, isn’t it?” 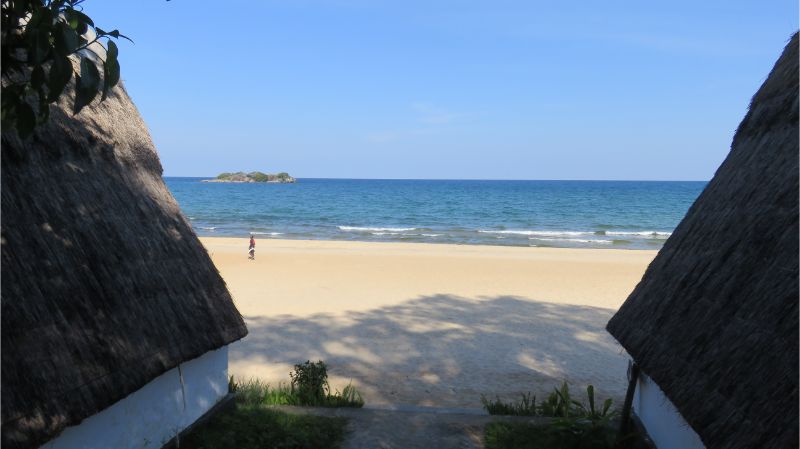 This is what I loved about Malawi. Nothing is hurried, there is no pressure; relax, things could take a while. I thought about life back in Canada, with everyone wrapped up in their exercise togs, trying to get their movement in for the day, going as fast as they can. Even if they are not exercising, everyone seems to be in a mad rush. I can’t remember the last time I saw anyone saunter to the grocery store. Malawians are champions of the saunter. I believe this is because it is 10,000 degrees. As the day passed, I found myself moving at their speed. Slowing down physically and mentally, taking it all in, getting distracted by all the beauty around me.

READ MORE: 9 THINGS YOU NEED TO KNOW ABOUT AFRICA BY OVERLAND TRUCK

Ladybug and I finally got our lukewarm beers. “So, lose a bet? Bachelor party? All your clothes in the wash?”, I questioned my tutu’d friend.

“None of the above,” he said, “tonight is a fancy-dress party!” [Enter the dive instructor – a Frenchman with a croissant tattoo on his chest, wearing leopard print tights, lime green tutu and sequined suspenders. I can’t remember his name, but I called him “Croissant” all night.]

I want to write about that night, and all that transpired. But I can’t. What happens at fancy-dress parties in Malawi, stays in Malawi. I can tell you that the barkeep moved faster as the night went on.

The next day I took a wander to the village, weaving through the cassava fields, with a parade of villagers joining me for a saunter. 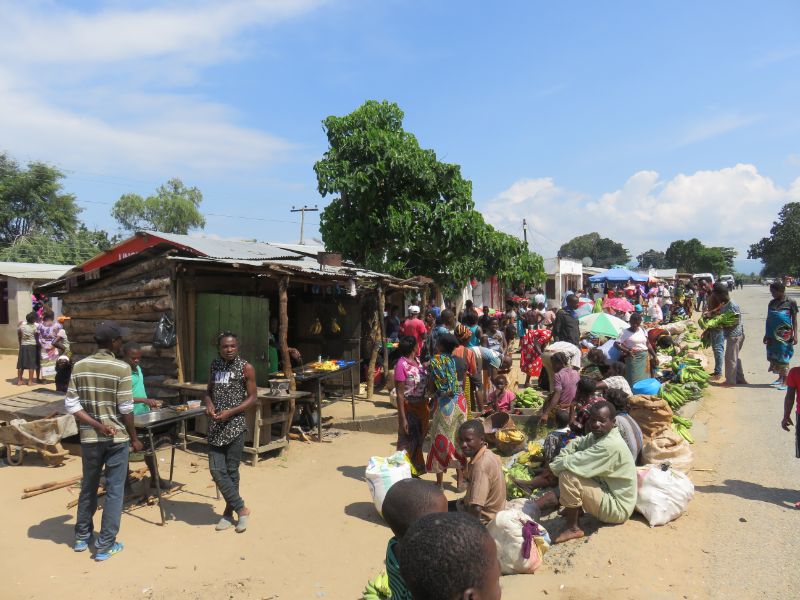 I visited a local home, chased some chickens around, popped by the hospital, shopped in the local market.

Along the way, we stopped by a water pump. I learned that the pump was provided by Canada. I had heard about clean water initiatives around the globe that Canada had been involved in, but to see the benefits in action was wonderful. 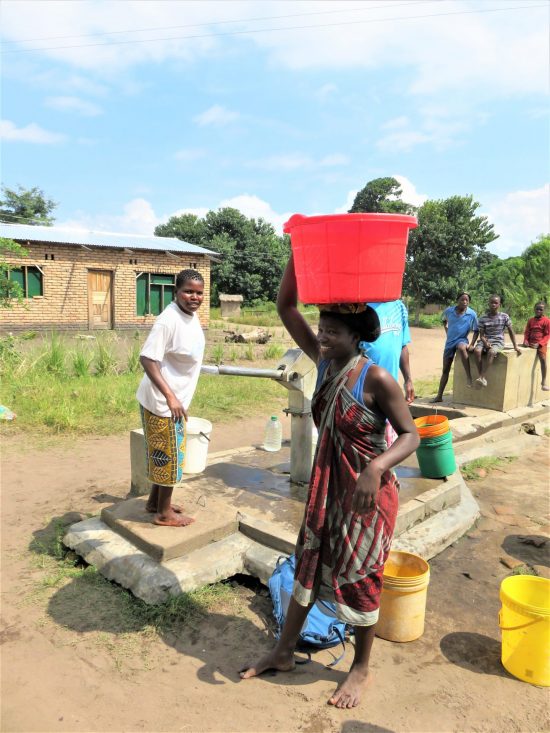 READ MORE: “I’VE EXPLORED 34 COUNTRIES ON MY OWN, HERE’S WHY I ALWAYS CHOOSE TO TRAVEL SOLO”

My most dramatic Malawian ‘people’ moment was when we got to Chitimba Camp. I flopped on a lounge that faced the water and watched a little boy playing soccer with himself on the beach. He would throw up the ball, run faster than the ball and save the ball from going through the goal. I was mesmerized by his sense of play when I saw Rob, fellow traveller, head out to take photos of the water. 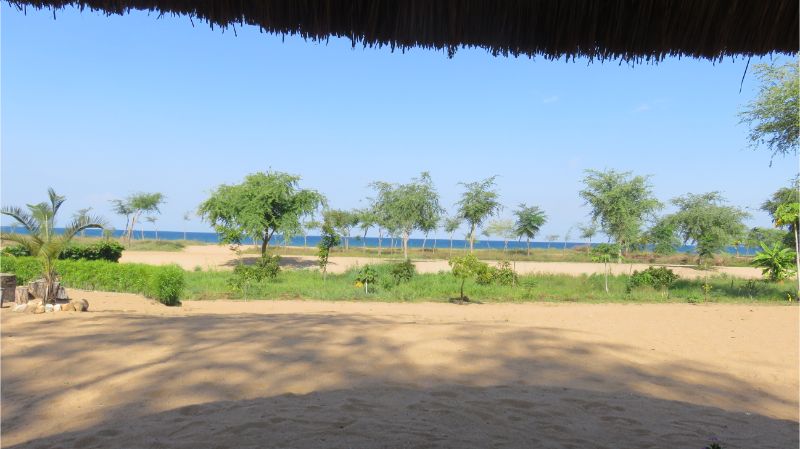 “OH man!”, I thought, “he’s never getting by that kid.” And sure enough, as soon as the soccer champ saw Rob, he abandoned the game and went to check him out. Then I saw heads popping up from over the dunes and before I knew it, Rob was surrounded. I took out my camera and hid unsuccessfully hid behind a bush in an attempt to capture the interaction when they spotted me.

READ MORE WHAT TO EXPECT ON AN AFRICA OVERLAND TRIP

For the next three hours, Rob and I, and a few other Intrepid travellers, had a beach day with the locals. One of our travelling Brazilians, Tiago, drummed up a game of soccer with a few others and Rob swung kids around like a helicopter. I met a boy that I called Jems Crocodile who took a serious shining to me and followed me all around the village. This interaction has stayed with me more than any other. I so enjoyed hanging out with the kids. We can’t do that at home.

READ MORE: WHY THE MAGIC OF TRAVEL IS IN THE UNEXPECTED MOMENTS

I am old enough to remember a time when kids just went outside and played. All the neighbours looked after your kids, just like you would look after theirs. Now play is scheduled, sanitized and supervised by parents. No one is allowed to talk to someone else’s child, or interact with them, or touch them. And here I was in Malawi with kids launching up into my arms and engaging me in play without parents intervening.

But it wasn’t like the kids weren’t being watched. Numerous adults came by to check on the kids and introduce themselves. It felt like a community in the finest sense of the word. Malawi isn’t the first place where I have felt this. I have often returned from travel thinking ‘we could do better as a community.’ When did we all get so afraid of each other?

Soccer game with the locals

On the flight back to Canada, I was leaning against the window in a full-on snooze when I woke up to find a little Ethiopian kid squished up under my arm, fast asleep, using me as a pillow. Momma was sleeping, dad was sleeping across the aisle and I just thought, ‘meh’, and went back to sleep. If that would have happened on the way to Africa, I think I would have been less tolerant and asked her to move her child.

Malawi softened me. It brought me back in touch with my own humanness. It made me a gentler soul.

Ready to visit the warm heart of Africa for yourself? Check out Intrepid’s range of adventures in Malawi. 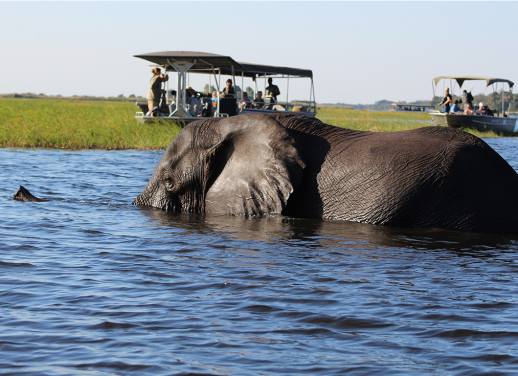 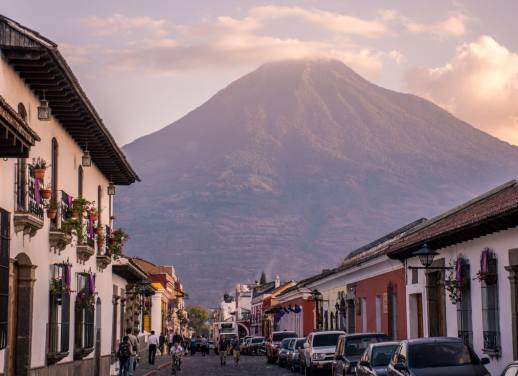 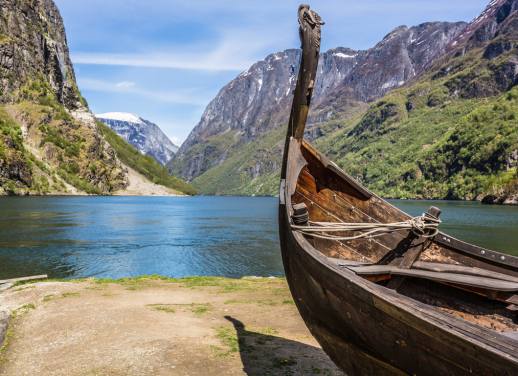 Loved reading your story about your travels. You make it so real. Almost picture myself there with you. You certainly inherited your mother’s talent for writing. She would be so proud