Home » What to expect on an African overland trip
Guides

What to expect on an African overland trip 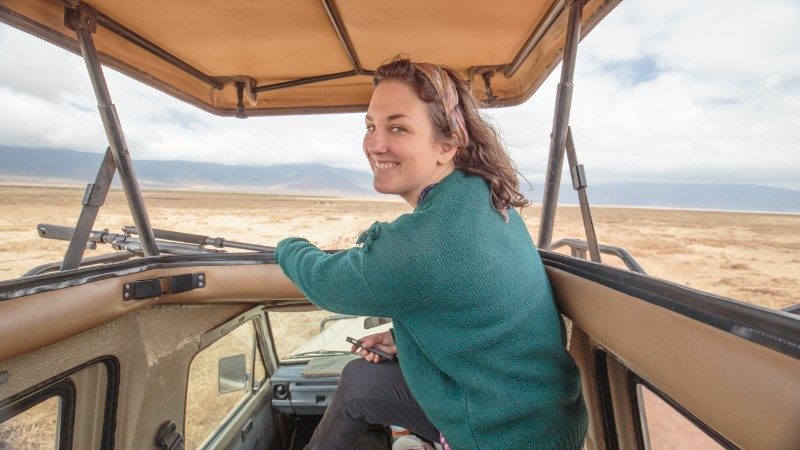 UPDATED: This blog was originally published in March 2014.

It’s fair to say that overland travel is a unique style of travel.

You hop in a custom-built vehicle, with your fellow adventurers, a few guides and all your camping gear, then point it at the horizon and drive.

The majority of the trip is mostly off road. There’s camping and it’s pretty hands on. But, it’s probably one of the last serious ways to have a true adventure. And there’s no better place to do it than Africa. Sure, there are long travel days, and there’ll be times when you’re uncomfortable, but I’m here to say these are the BEST things about travelling on an overlanding adventure. This is why:

When did you last allow yourself to spend hours daydreaming? And not just those few minutes on the train, but really let your brain switch off from technology or life admin? On an Overland trip, you’ll have time for long, meandering daydreams set to a backdrop of open savanna, wild animals and endless blue skies. 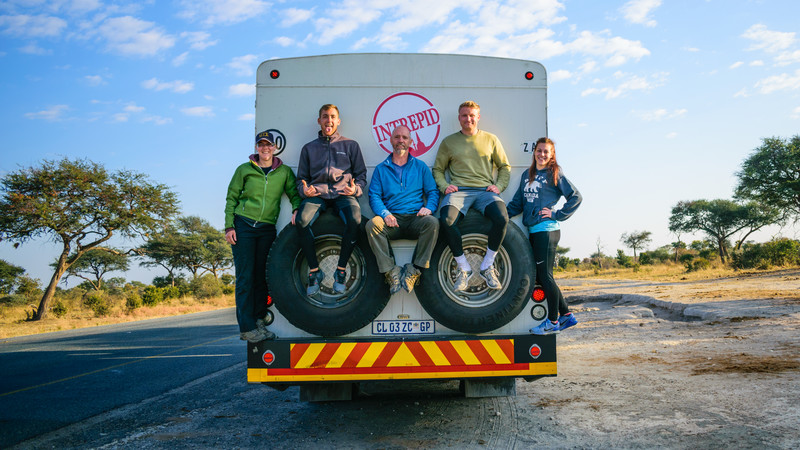 Yes, it takes time to get between places, but this is a wonderful opportunity to daydream, meditate on life’s big questions, groove away to all your favourite albums or make up crazy games with fellow travellers and laugh yourself silly. Now, that’s time well spent.

Camping in the wilderness

Okay, so pitching a tent and sleeping under the stars may be a little rougher than you’re used to, but let’s face it, you’re only there for a short period of time. Camping in Africa is often far less rough than you may expect and there is something liberating about going without your hairdryer or electric razor. Plus, the payoff for any slight discomfort is you get to TRAVEL IN AFRICA!

READ MORE: INTREPID LEADER FLORENCE TALKS ABOUT WHAT TO EXPECT ON AN EAST AFRICAN SAFARI

It’s also exhilarating to see what we are actually capable of – and everyone knows the funniest travel stories involve the unexpected. 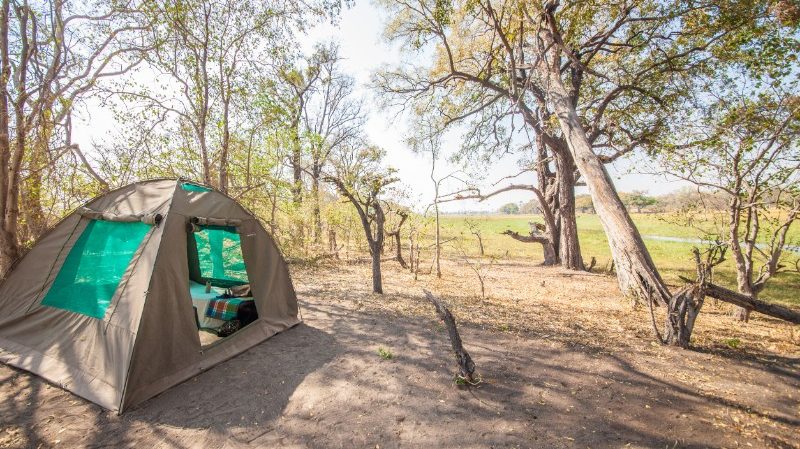 Image by Under One Botswana Sky.

Some people balk at having to pitch in and help chop veggies, wash the dishes or erect their own tent. But I wager that these events will become some of the highlights of your trip. When you’re organising the campsite, it’s the perfect chance to hang out with people in a casual environment and get to know them in a way you wouldn’t while sitting around a table making conversation. Plus, by contributing in this way, you feel like you’re part of a tribe rather than just in a travel group.

RELATED: THE BEST TIME TO GO ON AN AFRICAN SAFARI 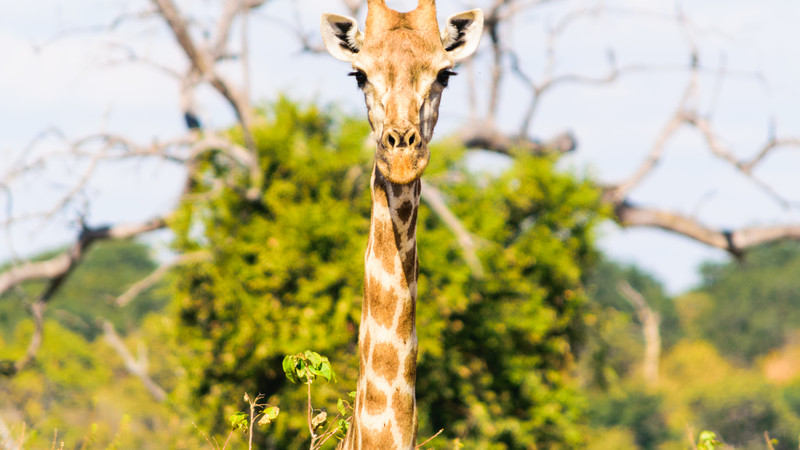 On an Overland trip, there’s nothing between you and the great outdoors. You simply open the window of the vehicle and Africa is right there in front of you. You’ll pull up in some pretty remote places and mingle with the locals, you’ll get (respectfully) close to the wild animals and there won’t be anything obstructing the view.

So don’t let a fear of discomfort stop you from travelling through Africa – these concerns fade far into the background once you’re confronted with the beauty and profound nature of this incomparable continent, which is definitely unlike anywhere else on earth.

Africa is waiting for you. Book your own Overland adventure today. 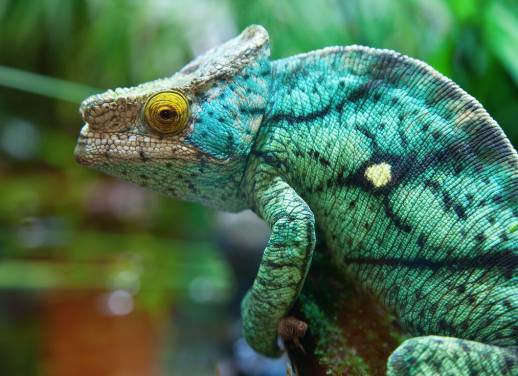 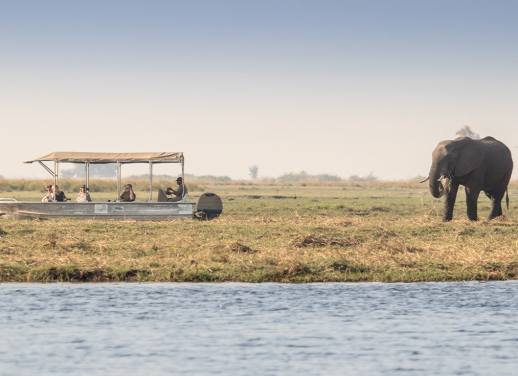 Hi Jacqueline, I’m going on a big trip in June this year, including camping in South Africa, Vic Falls to Nairobi. I’m curious about whether you or others you know have hired sleeping bags through Intrepid? Would you/they recommend it or better to bring our own? Ideally, I want to avoid bringing my own since I’m travelling other places where I won’t need one. Thank you! Amanda

I did this kinda trip & only once worried about elephants. They said a herd of 30 had passed thru the day before. It was rough but a real adventure.Tho it got cold at night when I went-I won’t make that mistake again.

I spent two months camping via overland (although not Intrepid, with whom I’ve traveled with extensively since then 🙂 and wouldn’t do it any other way…and I was 63 at the time. Yes, I slept on the ground in a tent for most of that time, but just buy a good inflatable mattress and you’ll be fine. It was one, if the THE, best trips of my life, and it’s easier to say where I haven’t been than were I have!

Hi, I really found your post interesting however the thing i’m most afraid of wasn’t mentioned. WILD ANIMALS. I keep imagining a snake will get in my tent or a lion will terrorize the camp and eat us in our sleep or we will be trampled by wild elephants. Please give any insight or experiences you may have with these concerns.
Thanks much !!

Thanks Bev for your kind words and you’re right, I should have mentioned something about the animals! First of all, the leaders that take our trips are savy, experienced people and they know where to camp and where not to camp. We always camped in protected areas, even when bush camping, and I doubt an elephant would have wanted (or been able) to come anywhere near us (plus they are pretty smart creatures). I overlanded for over 3 months and never encountered a snake (at all) or creepy crawly in my tent (but we all made sure they were zipped tightly at all times). In regards to lions, I was told by our very experienced guide that lions are wary of things they don’t know, and especially things that are bigger than them. So being in a tent is actually a safe place to be as they don’t know what it is. I guarantee that any fears of Africa and its animals will disappear once you get there – even my sister, who has a morbid dread of anything dirty or crawly, has become addicted to travelling in Africa and is currently camping in Tanzania. If she can love it, anyone can!