How travel taught me to believe in the kindness of strangers

I’m sitting at a money exchange by the Songwe border crossing in Malawi, watching as my new Malawian Kwacha is carefully counted out across from me when angry shouts and a scuffle unexpectedly erupts on the street outside.

Just an hour earlier, bouncing through the countryside in an overcrowded, beaten-up minibus, I’d chatted with the young businessman sat next to me. He had a young family in Tanzania and travelled frequently through central and southern Africa for work. As we’d approached the border, he asked if I needed to change money (I did) and instructed me to ignore the “rip-off” touts waiting to shove money under my nose and come to his mate’s shop for the best rates instead.

RELATED: IS OPENNESS THE MOST IMPORTANT TRAIT A TRAVELLER CAN HAVE?

I hesitated, unsure, but figured I’d rather take my chances with one money exchanger than ten touts, so I followed, and he delivered on his promise. But unbeknownst to me as I sat watching my cash being counted, the rejected touts had gathered outside in an angry group, gesturing and yelling at us through the window.

Before I’d even noticed, my new friend had run outside to confront them; the sudden flurry of shouts and pushing alerting me to the scene. It was over almost as quickly as it had begun, and he strolled back in totally unperturbed as the touts slunk away.

“They wanted to take your money and they threatened us. So, I spoke to them.” he shrugged. He had the same nonchalance when I offered to take him to lunch to show my gratitude; “No no, I just wanted to help you out. I don’t need anything for that!”. 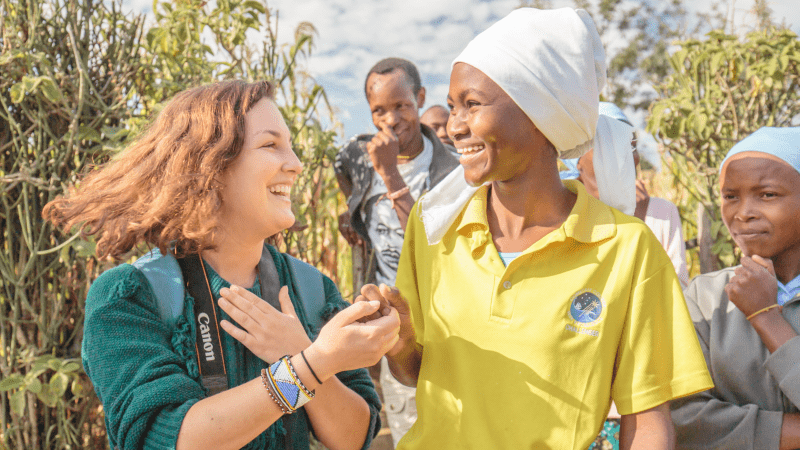 I’d heard other travellers talk about the kindness of strangers they’d met on the road before and had always kind of waved it off as another travel cliché, fitting perfectly alongside “not all those who wander are lost” and travelling to “find yourself”.

As someone who’d always been anxious – perhaps even a little mistrustful – around new people, I’d always listened to these tales with a hint of cynicism. Puh-lease, I’d think. As if anyone really cared that much about some random tourist they met on the road. All you had to do was look at the news and you’d realise that our world is not a place where people are nice to each other.

RELATED: HOW BEING OPEN CAN TRANSFORM YOUR TRAVELS

Yet there I was at a border crossing in Malawi, having just watched someone I’d only met via the coincidence of sharing an uncomfortable seat in a battered white van, take on an angry mob on my behalf and want nothing in return. Was this the elusive kindness all these travellers had been talking about?

Long after I‘d left Malawi and my new friend behind, that encounter really stuck with me. I realised that though I’d always been an avid traveller, I hadn’t always been open to new people or experiences when on the road and resolved to travel differently. 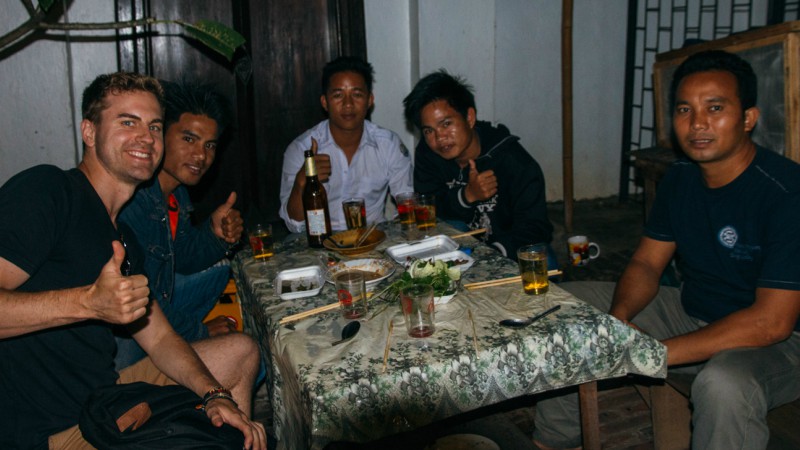 Photo captured by The Common Wanderer

The learning curve was a steep one. I had to teach myself not to close off conversations before they’d started; to keep an open mind and a willingness to say “yes” to an offer of help, a meal or a friendly chat, even when I wanted to run the other way. But what do you know? The more trust I placed in the good intentions of others, the more I discovered a kindness that really was everywhere; and the more I enjoyed it.

There was the group of local men in Luang Prabang at the start of a year-long trip who called my boyfriend and I over as we strolled through the pretty town, insisting we join their table of friends and share their beers and plates of homemade curry. We might not have shared much of the same language, but it didn’t stop us sharing many laughs over a few drinks (photo above). 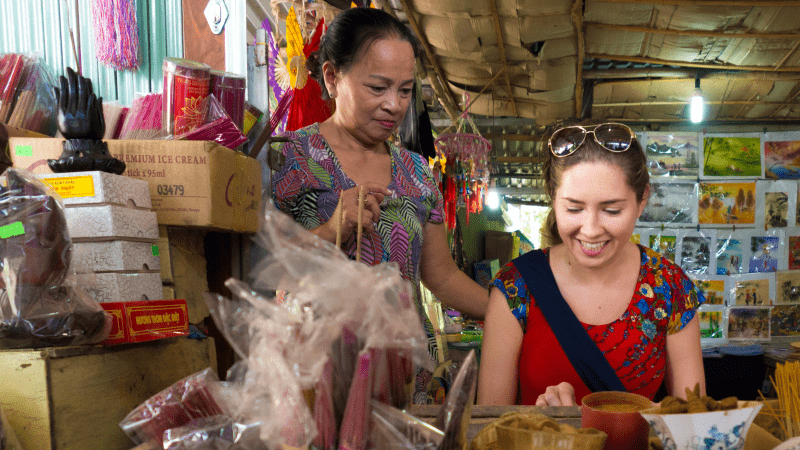 Then, there were the local guides and fellow trekkers high in the mountains of Nepal who pulled clothes, beanies, and scarves off their own bodies to wrap around one of our fellow trekkers as she shook violently with near-hypothermia.

In Rome, it was the jolly and patient man selling fruit at the local market, who smiled and pretended to understand our attempts at broken Italian, before loading our arms up with more fresh berries and fruit than we could ever hope to eat in our three days in the city. For free.

It was the young family in a remote community in Cambodia’s Cardamom Mountains, who spotted us in the dusty street long after the town’s electricity had switched off and its restaurants had shut and ushered us into their kitchen. By the light of a few candles and a small generator, we’d shared a delicious local (and spicy!) dinner as their kids did homework at the table.

RELATED: WHAT IT’S LIKE TO HIKE CAMBODIA’S CARDAMOM MOUNTAINS

There were Sri Lankans who pulled us (and our oversized backpacks) aboard a sardine-like train and manoeuvred us into a comfortable spot. Romanian taxi drivers who discussed politics frankly and pointed out interesting landmarks, so we wouldn’t miss anything. The Nepalese guide who organised a delightful birthday dinner for my boyfriend at a local Kathmandu favourite. And the passersby in busy streets who spotted us looking lost and guided us back in the right direction.

Of course, that’s not to say that we’ve never come across scammers or unpleasantness on our travels since. We have. It’s just that they’re not the encounters I remember anymore. What’s stuck with me are memories of the people who offered assistance to someone they’d never met and probably never would again, without being asked, and with no expectation in return. Those who simply recognised a fellow human who looked a little out of their depth and offered the best help they could. 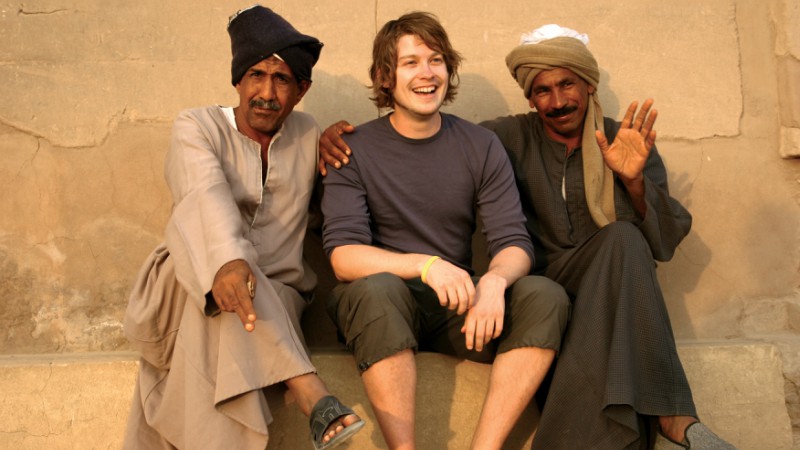 These days, I treat travel (and life!) as a totally social endeavour; because it is one. When you explore a new country and interact with its people and culture, you quickly recognise that no matter where we eat, sleep, or pray: all of us just want to feel comfortable and loved.

Now, giving and accepting kindness from strangers transforms my bad days into good ones shows me compassion and hope in unexpected moments, and totally blasts through this idea that another culture is somehow scary, different, or dangerous when compared with our own. After all, those strangers are just friends we haven’t met yet, right?

Ready to open yourself up to new and exciting experiences? Pick your next adventure today! 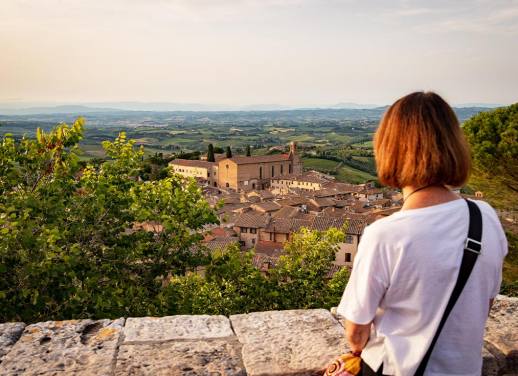 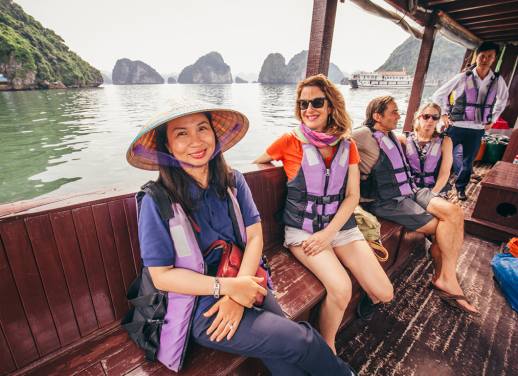 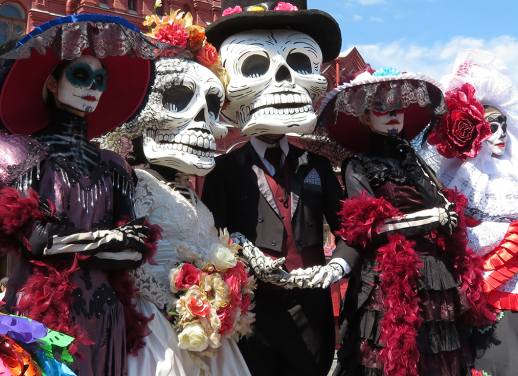 This is so heartwarming to read, especially because I have had similar experiences on my solo journeys through my country and abroad. The world is beautiful place, and travel does teach you trust the strangers. Of course, you should always trust your instinct.

Lovely story, Miranda. Have to say I have experienced this too. But there are certainly differences between cultures!

My latest unexpected help came from a woman who knew little,if any,English,but her 11 year old son was fluent.I asked him where the port was in Durres,Albania & he said it was far from where the bus stopped,but his Mother interrupted & had him say,she would show me. I saw the ships but she insisted in taking me to the ticket office which I surely would have missed. I offered to give her some money but she flatly refused.

Beautiful display of the potential to change the way one thinks. Thank you!