Nørrebro is to Copenhagen what Kreuzberg is to Berlin. What Williamsburg is to New York. Or what Surry Hills is to Sydney.

So, what should you expect? Well, like most of the world’s trendiest neighbourhoods, you’ll spot your fair share of viking-esque beards, retro bicycles, and aesthetically understated coffee shops.

Nørrebro is where quirky meets classy and vintage meets modern. Where eating out isn’t just something to do – it’s a way of life. Let’s just say that hipsterism, in all its splendour, is unabashedly in full swing. So without further ado, here’s our rundown on one of Copenhagen’s (scrap that, Europe’s) coolest neighbourhoods. 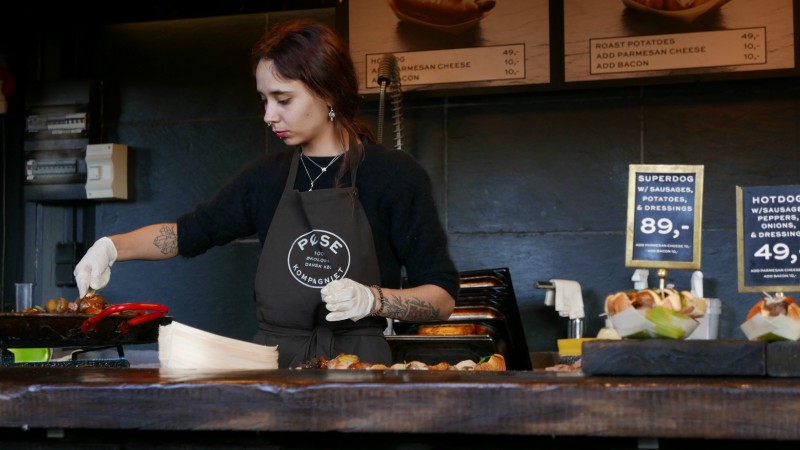 Image captured by Irina on Unsplash

Noma might have put Copenhagen on the gastronomic map, but Nørrebro is where you’ll find the city’s best collection of cafes and restaurants. First up, kick off your day with a kanelsnurrer at Meyers Bageri – a cinnamon swirl made with Valrhona chocolate. Or, if you’re after something a little heartier, pull up a seat at Grød – a porridge café that thoroughly debunks the myth that oatmeal is boring.

Just down the road on Jægersborggade, make sure you drop into the Coffee Collective for your daily dose, and for the ultimate grilled cheese sandwich – or ‘toast’ as the Danes call it – settle in to Fætter Fætter.

Come dinnertime, Nørrebro puts it all on the table. Choose from new-Nordic favourites like Manfreds and Relæ, or the more multicultural flavours of Kiin Kiin and Scarpetta. Tuck into mini burgers and keg beer at Sliders, or Japanese appetisers and drinks at Kung Fu II Izakaya Bar. Don’t want to spend the big bucks? Lucky for you, there are also plenty of cheap (and delicious) kebab joints and bars to wander into. 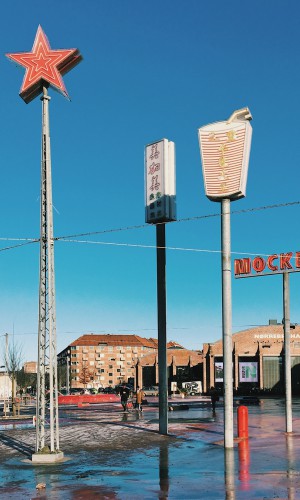 Think hanging out in a graveyard isn’t fun? Think again. Assistens Cemetery is one of Denmark’s most famous attractions. Part burial ground, part oasis, it’s the final resting place for cultural treasures like Hans Christian Andersen and Søren Kierkegaard – and the best place to take your morning stroll. The great part is, this will lead you straight onto Jægersborggade, where you’ll find the bulk of Nørrebro’s trendy galleries and design stores.

With over 55 nationalities walking the streets, it’s one of the most diverse neighbourhoods in Copenhagen. And nowhere is this more on show than at Superkilen Park – an urban open space in the quarter of Mimersgade. Divided into three unique zones and resembling a mini world expo, you’ll find amazing artwork and artefacts from all corners of the globe – including the famous Japanese octopus slide.

Like a true cool cat, you’ll probably want to hire a bike for your stay in Nørrebro. It’s an authentic, fun way to see the sites – and it won’t cost you the earth. The good thing is, there are plenty of rental places in and around the neighbourhood, so take your pick and get pedalling. 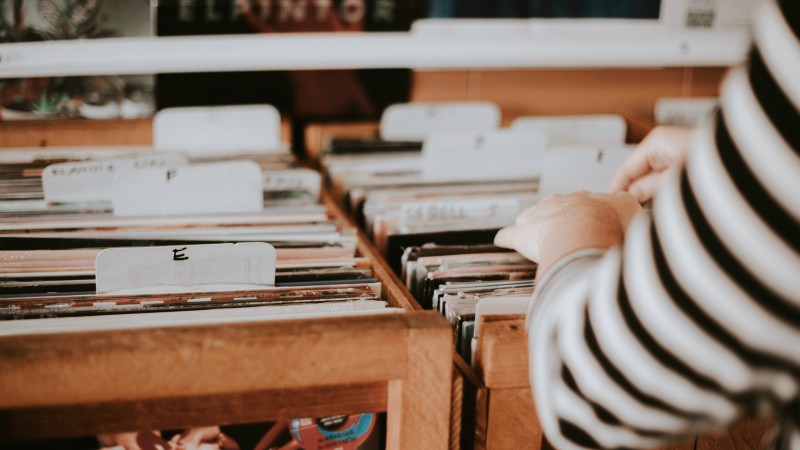 Nørrebro is for the fashion elite, the design-minded, and second-hand hoarders alike. For the bigwigs in fashion such as Carrhart and Acne, Elmegade is the street to be. Here you’ll also find smaller boutiques like Velour, Foxy Lady, and Fünf. If you’re after one-off items, browse the jewellery selection at Lady Fingers, or the homemade ceramics at Inge Vincents.

For the retro-lovers, Ravnsborggade is where you can dive into an offbeat range of recycling, antique and old-fashioned furniture stores – not to mention a handful of trendy bars and cafes. Love a good bargain? Then make sure you get your rummage on at the Ravnsborggade flea markets.

Where to go out

It doesn’t matter if you’re after a local beer, fancy cocktails or live music, Nørrebro’s nightlife delivers the goods. For the younger crowd, kick off your night at Dupong, a bar that mixes cheap drinks with ping-pong and foosball. Once you’ve won a few rounds, head out to Rust, one of Copenhagen’s most-loved live music venues. For a spontaneous beer any day of the week, check out Ølsnedkeren, where you can sip a different selection of brews every month.

For more of a low-key night, settle into The Barking Dog, a cosy pub-meets-cocktail-bar tucked into the quiet street between Sankt Hans Torv and the Lakes, or the impossibly cool Mikkeller & Friends. If craft beer and classic Danish grub is more up your alley, there’s no better place to go than the award-winning Nørrebro Bryghus.

Ready to keep your cool? 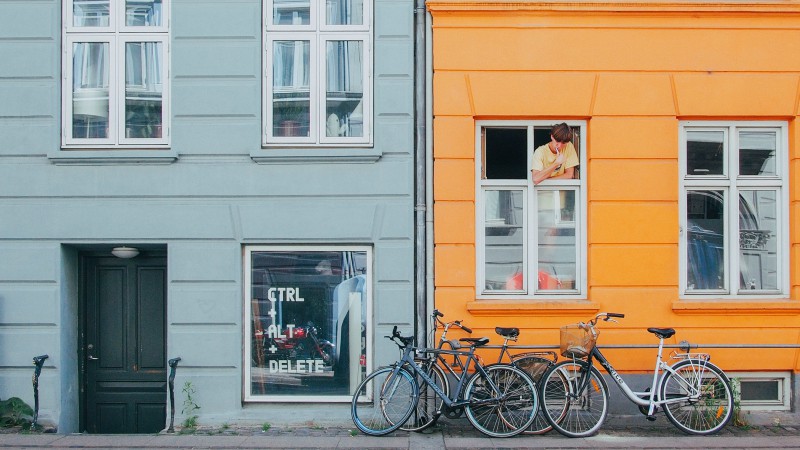 Whether you’re in Copenhagen for a day, or shacking up for a week or two, spending time in Nørrebro is the best way to experience Denmark’s hip and stylish side. If you’re looking for local guide to show you the ropes, check out our sister brand Urban Adventures’ Nørrebro Neighbourhood Tour. While you could spend weeks on end embracing your inner-hipster around this one neighbourhood, it’s worth checking out our other Copenhagen tours too.

Ready to explore Denmark for yourself? Take a look at the rest of our hip tours.

For cocktails in a relaxed environment with a latino touch, you can also go to Amazonia on blågårdsgade that has inviting happy hour offers, in the middle of one of the best pub crawl streets of nørrebro

I also think that Assistens Cemetery is one of Denmark’s most famous attractions.I will spend time in Nørrebro.Thank you for your important tips.