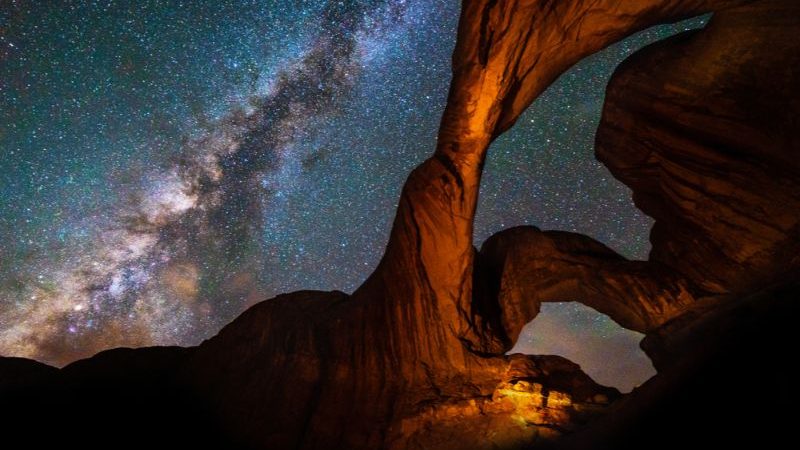 If you want to see the night sky, there are few better places in the United States than the Southwest.

Thanks to the National Park system and the arid desert climate of the region, major parts of California, Nevada, Utah, New Mexico, and Arizona are protected land and this has helped reduce urban development and light pollution – the ultimate enemy of stargazing!

Whether you’re exploring the Southwestern US as part of an epic road trip or on a small group tour (like this Grand National Parks itinerary), don’t wear yourself out with all those adventures every day. Plan at least a few nights to get out and see the stars and you’ll be shocked at how many you can see. To help, here are some of the best stargazing spots in the Southwestern US, with some of the darkest skies on the planet. 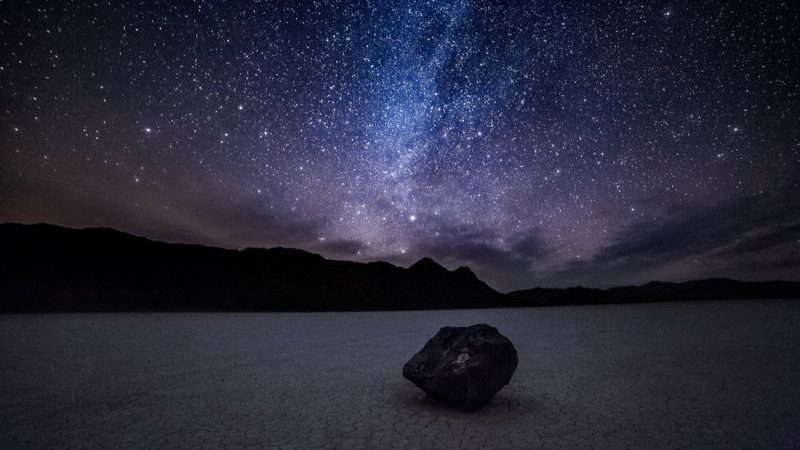 The night sky above Death Valley. Photo by Dixon Pictures.

About two hours west of Las Vegas, Nevada (or four hours north of Los Angeles), Death Valley National Park is an epic place to see the night sky. Death Valley protects part of the sprawling Mojave Desert, which mostly covers parts of California and Nevada – and is pretty much untouched from urban sprawl and the light pollution that comes with it.

Plan ahead if you want to visit Death Valley: you’ll need a car, camping gear, and enough supplies and water to get you through blazing hot days in the desert and chilly nights. As Death Valley gets almost 300 days of clear skies per year, you can’t go wrong planning a stargazing stop here. 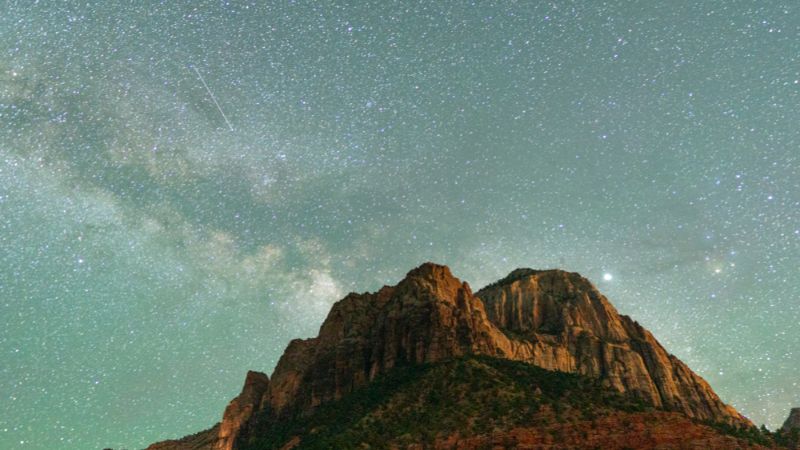 Zion National Park is one of Utah’s many awe-inspiring national parks; it’s not hard to see why it should be protected! It’s also an ideal place to see the night sky since the massive rock formations and canyons have created a pocket of darkness where developers haven’t built homes and hotels.

After a day of hiking in Zion Canyon or Kolob Canyon, stay up and watch the stars slip past the rims of the canyon overhead – or head up onto the higher ground in the middle of Zion to get an unobstructed view of the night sky.

RELATED: WHY THE CANADIAN ROCKIES ARE THE BEST PLACE ON EARTH TO SEE THE NORTHERN LIGHTS 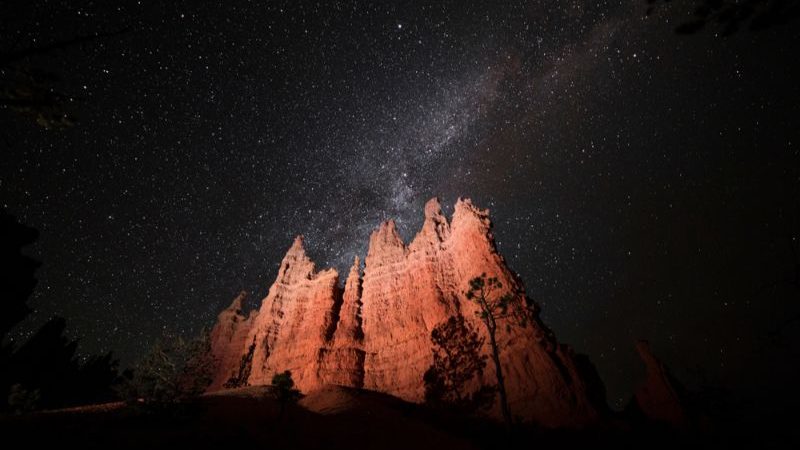 Bryce Canyon National Park is an easy day’s drive from neighboring Zion National Park – and another spot you can’t afford to skip if you want to see the stars. With its famous towering hoodoos, Bryce Canyon is a particularly great spot to try your hand at astrophotography – the rock formations offer a great foreground contrast to the constellations in the sky.

To master astrophotography, you’ll need a camera with manual settings, a tripod and remote shutter release, and plenty of time to practice with different settings until you find the right one. Be prepared with layers since you may be standing around while you wait for long exposure shots – but think of them as the ultimate souvenir from your time in the Southwest!

RELATED: A GUIDE TO THE GATEWAYS – THE SMALL TOURS OF UTAH’S NATIONAL PARKS 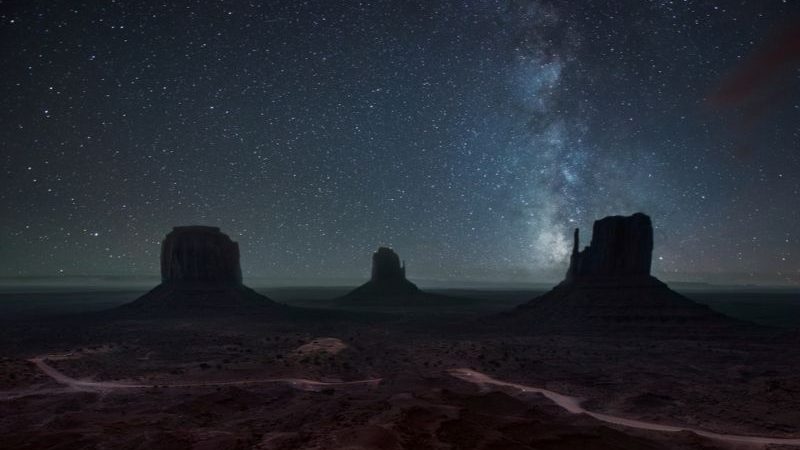 Located on Navajo tribal lands, it’s only possible to visit Monument Valley as part of an escorted tour (like with Intrepid) and permission from the tribe. While you might be tempted to try and visit on your own, following the rules will help protect the tribe’s heritage and natural wonders of their land.

After spending the day learning about Navajo cultural traditions and life, enjoy a campfire with traditional stories and songs before you stay up to see the moon rise over Monument Valley’s iconic buttes and mesas. Like Bryce Canyon, these can be a great foreground for your astrophotos. 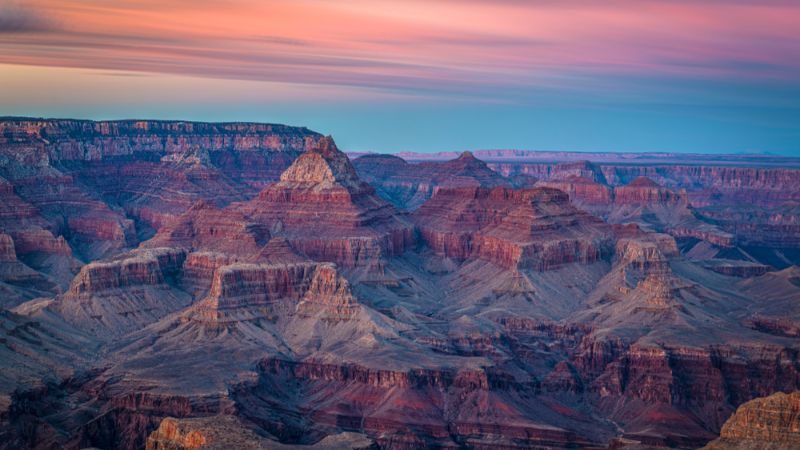 Sunset at the Grand Canyon. Photo by FadiBarghouthy.

The best way to go stargazing at Grand Canyon is with a guide from the National Park Service. The Grand Canyon rangers offer astronomy programs almost every night of the year on both the North and South Rims, but this can change a bit depending on the weather and the phase of the moon. When you’re at the park during the day, just check with a ranger to get all the details about when to attend and what you’ll see in the sky that night. 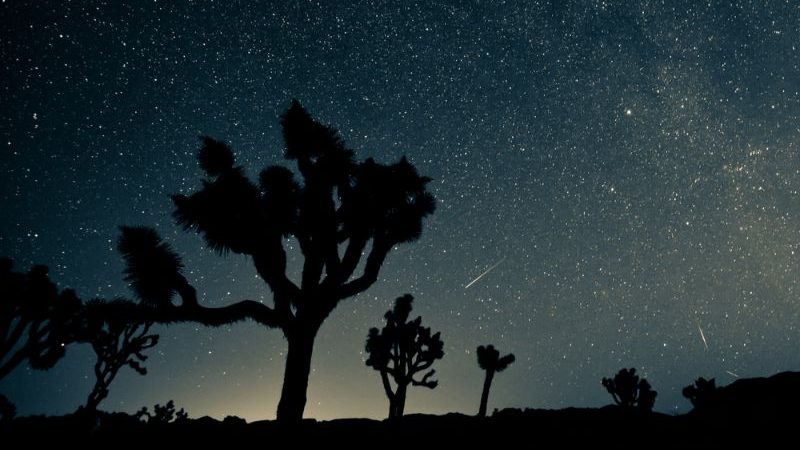 Relatively smaller than other spots on this list, Joshua Tree National Park is a great stargazing spot despite having more light pollution because it’s only two hours from Los Angeles. It’s a super easy drive inland from SoCal to reach this otherworldly landscape for a night or two of stargazing.

After ogling the bizarre Joshua Trees, hiking among massive rock formations, and watching the sunset from Keys View, you can stop in any of the roadside pullouts to see the night sky. Just be careful to stay near your car; the National Park Service advises that it can be dangerous to hike out into the desert at night.

Ready to see the stars in each of these dark sky destinations? Book a spot on the Grand National Parks tour now. 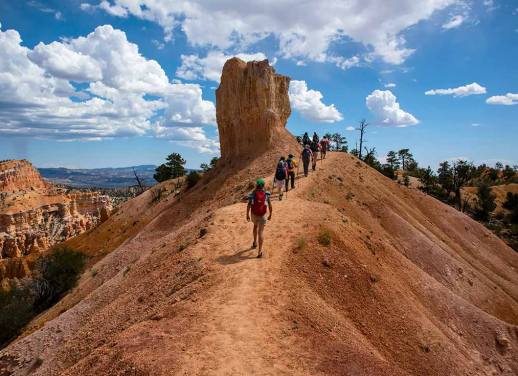 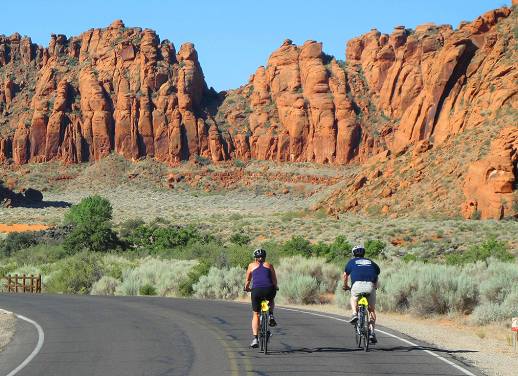 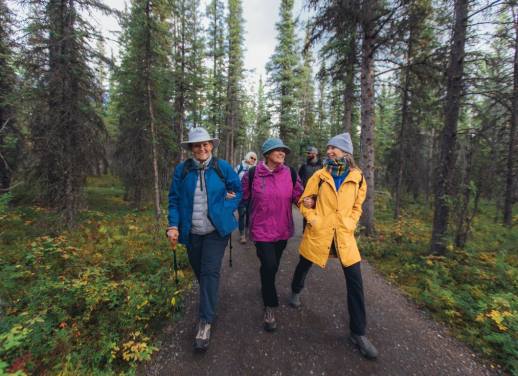 Great post! I’ve visited 4 of the 6 on here and have enjoyed them all. I’d add one more to that list: The Black Canyon of the Gunnison in Colorado. This quiet little park is relatively unknown, but has incredible canyon views, and has been designated as an International Dark Sky Park for years. It’s perfect for those looking to escape crowds at other spots!