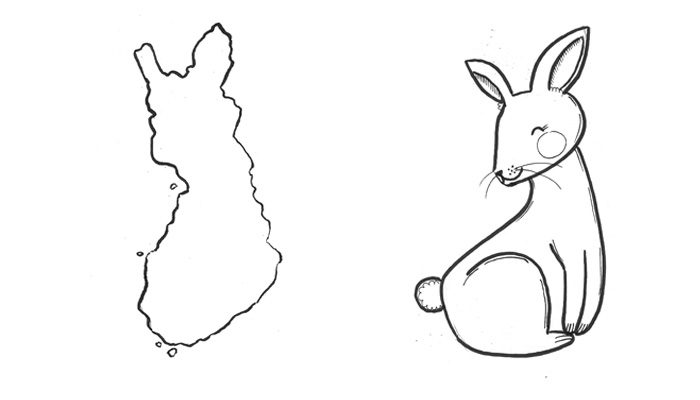 Usually, ‘seeing the world differently’ refers to going someplace and realizing it doesn’t quite correspond to your expectations; that it’s far more complex/safer/less dusty than you’d imagined. And sometimes it simply means looking at a map of the world and proclaiming: ‘This country looks like a bunny’.

We spend a fair bit of time poring over maps, and countries quite often occur to us as looking like things. Animal things, mostly. Was this perhaps something our readers might be interested to learn we eventually asked ourselves? Probably not, we collectively conceded… But should we share it anyway? Yes. And so, with nay an ado or adjunct further, get ready to see the world like you’ve never seen it before. Introducing the very first – and very likely last – installment of ‘Maps that Look Like Things’.

FANCY SPENDING WINTER IN FINNISH LAPLAND? YOU CAN ON THIS 8-DAY ADVENTURE 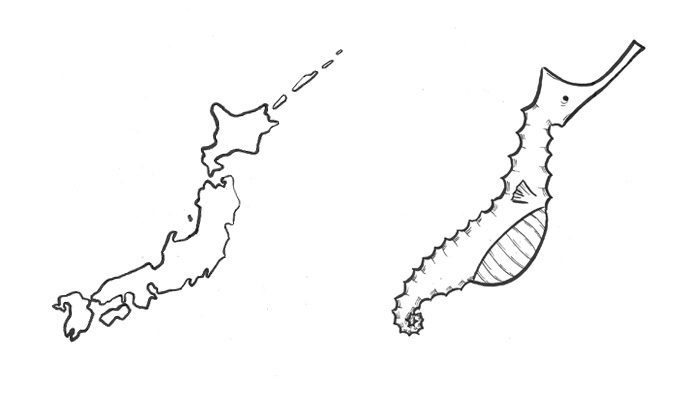 Although Japan has to borrow a few of Russia’s islands to pull off the likeness, when it does, it looks quite like a seahorse. The Japanese word for seahorse is 竜の落し子, which sounds like Tatsunootoshigoand and translates to ‘Dragon’s bastard child’. Harsh.

CHECK OUT THE BEST OF JAPAN ON THIS 10-DAY ADVENTURE 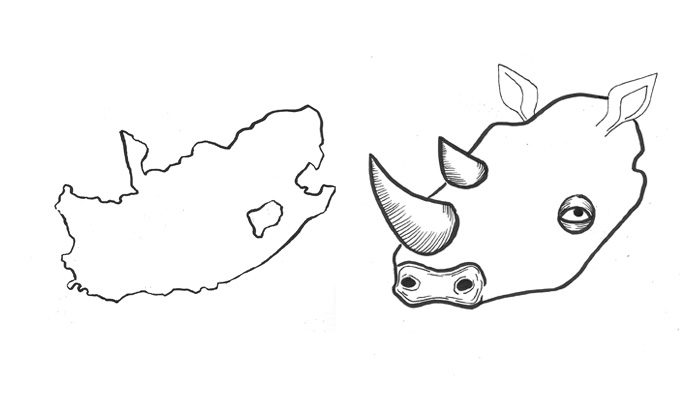 South Africa looks like a rhino’s head. That it does is a pretty massive coincidence, as there aren’t too many rhinos left in the world and one of the few places they still are in is South Africa. It’s particularly coincidental that the rhino-that-is-South Africa has two horns, as that’s the exact number of horns that African rhinos have. Did you know that Asian rhinos only have one horn? True story. It’s also pretty convenient that Lesotho exists, as that’s the rhino’s eye.

EXPLORE THE REAL SOUTHERN AFRICA ON THIS 17-DAY ADVENTURE

GET A TASTE OF SCANDINAVIA ON THIS 7-DAY ADVENTURE 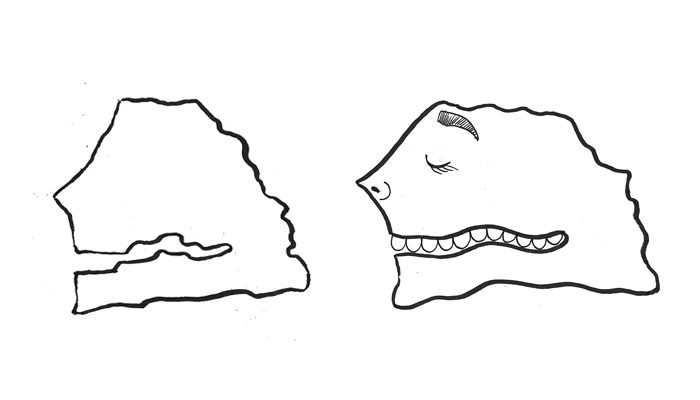 Senegal looks like one of those health posters at a doctor’s clinic that tells you how to put food in your mouth. The Gambia is the man’s mouth. Even spookier though, the Gambia is also a river that runs right the way through the Gambia the country…and its river mouth IS WHERE THE MAN’S MOUTH IS. 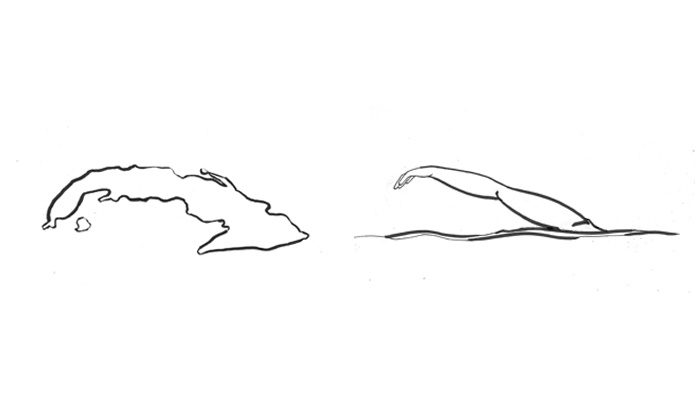 Cuba looks like someone swimming freestyle. The swimmer’s torso and head are underwater and all you can see is their arm either going into a stroke (I.e. towards the American mainland) or coming out of one (swimming away from it). In this regard, Cuba is a bit like one of those optical illusions where you can’t tell which way the ballerina is turning. The resemblance is made all the more uncanny by Cuba being naturally situated in water. In sum, Cuba’s a bit like a Rorschach test.

SPEND A WEEK IN CUBA ON THIS TRIP, EXCLUSIVE TO 18 TO 29-YEAR-OLD TRAVELLERS 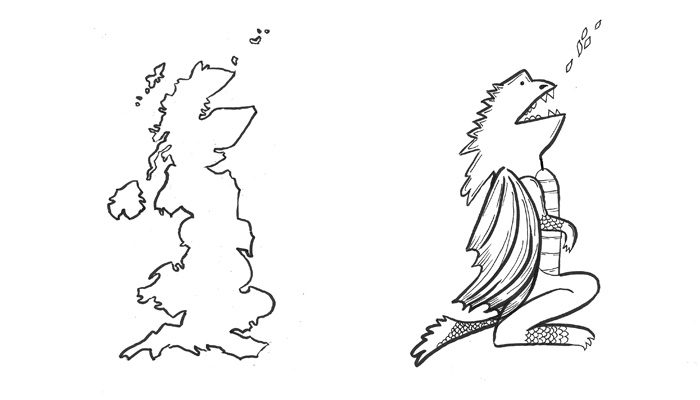 The UK looks a bit like a dragon blowing a few puffs of smoke out of his nostrils. Interestingly, albeit irrelevantly, when England and Wales were warring back in the day, Welsh mythology depicted the two countries as feuding dragons. Wales was a red dragon and England a white one.

As you can see, Tajikistan is a dog that’s running away from something but has his head turned around back in the direction whence he has come – probably to catch a Frisbee or something. He’s most likely an Afgan Hound type of dog. 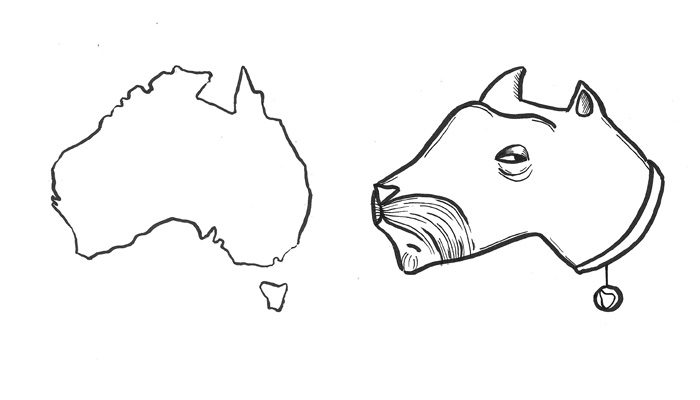 Speaking of countries that look like dogs, Australia looks like a Schnauzer dog – a fact we’ve had verified by a real-life schnauzer owner named Emily. When pushed on the point, Emily denied that she had ever beheld Gus from a certain angle and taken him for Australia…but did concede there possibly existed some resemblance. Thanks Emily.

CHECK OUT OUR RANGE OF AUSSIE ADVENTURES HERE

So, there you have it. You’ll never be able to look at the world in the same way again.

Would you like to go to a country that does, or doesn’t, look like a thing? Check out our range of Intrepid small group adventures for 18 to 29-year-old travellers now.

All illustrations by Rosa Friend. 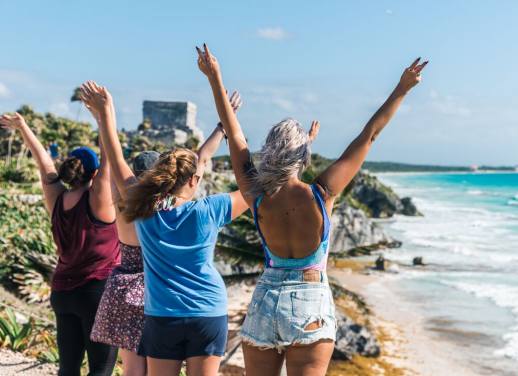 Ukraine looks like a tennis shoe! Forgot that too!

Did you all forget Austria? It’s shaped like a chicken leg.

you kinda forgot venezuela, it looks like a rhino

I don’t know what the 10th country is.

Antarctica looks like rhino head. As different from South Africa

Why was Italy not mentioned? It’s shaped like a boot….that’s a thing!

Kenya looks exactly like a bird flapping it’s wings as it lands. It has all parts including beak, legs & a tail.

KENYA looks like a bird landing somewhere. West part of Kenya resembles the wings, North East represents the beak while the South East of kenya is the birds legs.

And the South part of Kenya resembles the bird’s tail

Lol they should add that

Benin looks like a turkey leg with a bite taken out of it.

The map of chad Africa looks like what?
You tell me lool

And Bangladesh looks like a man without his right leg. And I think Pakistan look like a godzila.

How can you forget Pakistan?? It’s the perfect depiction of a T-Rex :p

I always though it looked like a ram with short legs.

Italy is a boot. Thailand is an elephant’s head. Wales is a pig’s head. Ireland is a koala.

Looks more like a moose’s head, not gonna lie. Manila being antlers.

I saw what Sweden and Norway look like. Very rude but funny

i know what you saw hahahaah

You forgot many countries in the list…
I wish you read the comment and update your blog, it will be highly inspirational..

1. You forgot USA, which clearly looks something like horse, or goat, with legs at Texas and Florida and rest of the area with big body…

2. How could you forget India, It has the clear visibilty of Human like shape, that too a Female God dedicated to Lord Durga. At the top is Kashmir which looks like Human head, Himachal with a neck, North-east looks like Her vast Right hand spread accross Northern Plains upto North-east… Gujarat resembles to her left hand being folded. South India looks like her Legs and Indian Ocean Lactating her feet.

3. Pakistan looks clearly like a sitting Dog with its tail in west.

Thailand is an elephant, and Australia is absolutely NOT a dog, it’s a cat! How did you miss that! It’s exactly a big cat face, a Tom cat who has had a few fights so one of his ears is almost torn off.

I would love to see a world map with every single country sketched out to be something else with your illustrator’s beautiful drawings. I would definitely buy that.

Why Pakistan is not their who look like dog

You forgot Iran, is in shape of cat

Slovenia looks like a chicken. Not just a bit, but totally!

You forgot Romania ,is in shape of a fish

Bulgaria looks like a lion. The Lion is also a national symbol.

Papua New Guinea looks like a dinosaur, and italy look like a high heel boot with fluffy fur on the top.

Wales looks like a pigs head, and Ireland looks like a koala bear looking over its shoulders at the UK mainland…

Sierra Leone looks exactly like someone’s face from forehead to chin, with ears . A thought to consider. For me Sierra Leone is the best shaped country in the world.

Not at all. Every other country seems much more catching than it. I can’t see what you said. There is no face or even animal like i see regularly in outlines of most countries. India is the best shaped country, not just saying because iam Indian. Look for yourself. There is human body or like someone else said Goddess Durga body there. Head, Extended Arms and legs together like in the shape of Bharatanatyam pose.