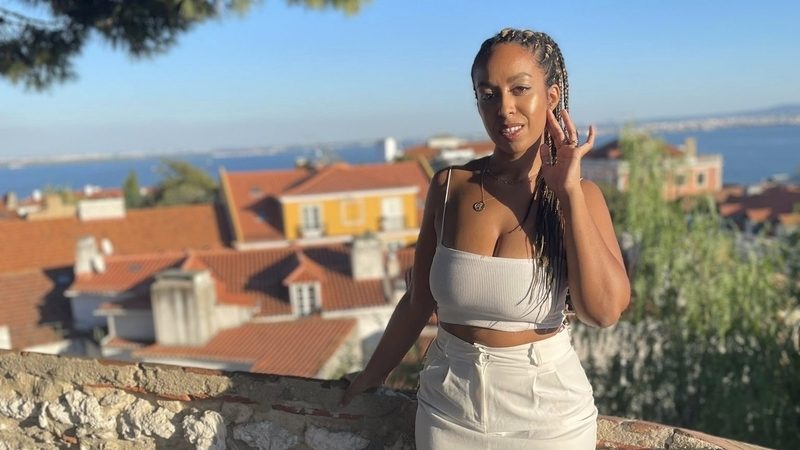 Welcome to Community Conversations, an interview series featuring Intrepid travellers, creatives and activists in our community. In every Q&A we’ll ask an inspiring individual about their world view and their world adventures.

Hi Georgina! Tell us about your book, Black Girls Take World. What inspired you to write it?

From 2017 to 2019, I did a lot of solo travel — I went to the Dominican Republic, New York City, Nicaragua, Cuba, Mexico. I was on the road nonstop, and I learned a lot about myself. In my memoir, Raceless, I write about the link between travel and identity. I found myself drawn to spaces and countries with people who looked like me. I thought about how that shaped my identity and how that helped me learn more about who I was.

When you’re Black and in spaces where people don’t look like you abroad, that can often invite a curiosity — and sometimes that curiosity can lead to danger. But as Black women, as people of colour, we have just as much a right to travel without being hassled. We have just as much right to be in spaces where there might not be people who look like us.

You wrote an article in The Guardian about how Black solo female travel is a radical act. What did you mean by that?

For many years, Black people couldn’t experience leisure time in the same way their counterparts could. That comes from slavery and the movement of the Black body being policed. For so long, Black people have been told how to live, how to move. Our bodies haven’t been our own. I think still to this day, that influences why a Black woman travelling unaccompanied provokes a lot of intrigue.

It’s a radical act because every time we go beyond where we’re told to be, we are breaking boundaries. Every time we take a trip, we are stepping away from that history whereby Black bodies were seen as a means for capitalist production. We’re reclaiming lost time, taking control and saying ‘this is for us’. And that challenges centuries of stereotypes.

When we look at the kind of people who have traditionally been allowed leisure time, we see that Black people and other Indigenous and minority groups were not and are still not entitled to it. So when we travel and notice it is mainly white, wealthy tourists, we feel the brunt of those economic disparities. There’s still a perception that we shouldn’t be there, That we don’t have as much money to spend or we’re not of the same class. Travel is always political, every journey. Even when Black people end up in the same spaces as their counterparts today, it’s political because we haven’t started from the same spot.

What advice would you give to women who want to embark on their first solo trip?

I believe most people are good. And each country is made up of millions of individuals, thousands of different ethnic groups. To assume that an entire country is racist or sexist or dangerous is dangerous in itself.

Of course, you should listen to news reports or government advice if there’s a spate of attacks against certain groups,  or a legacy of geo-political instability. I’m not saying discount all that. But when we look online for proof that an area is safe, we also have to make sure we’re reading from locals on the ground or people who have lived there a long time. I don’t necessarily take one traveller’s view on a blog written four years ago as proof that an entire country is racist or sexist or homophobic.

We don’t hear enough about the good experiences — when somebody lent you their phone or you were picked up on the side of the road by a stranger and it was fine. We just hear about the terrible one-off incidents of backpackers being murdered by their dates. And that does happen and it’s terrible, but often it’s reported in the most salacious way, I think, to warn women not to go against the grain.

How do you think the past year, with COVID-19 and the Black Lives Matter movement, will impact travel?

COVID has given us time to pause and think about what travel means to us — about who gets to travel and who gets to be scrutinised at borders. That’s been a wake-up call to a lot of people: navigating border restrictions, travel bans, feeling anxious about travel. A lot of ‘Westerners’ and people who never had any difficulty with travelling suddenly have to grapple with all this stuff that many minority groups have struggled for years with. It was like an equalizer.

There’s this thing called passport privilege, whereby you’re used to picking up your American or Australian or European passport and hopping on a plane. You can have passport privilege as a Black Brit or Black American. But suddenly that ceased to exist for everyone. Suddenly, all of us are held up at the border and asked for COVID checks and all these things you never had to worry about. I think for non-Black travellers, that was surprising. And yet, many non-white travellers have dealt with all that for years: being asked to prove your nationality because people don’t believe someone like you has a British passport, struggling with a visa because you’re Black and from a non-Western country, feeling watched or hypervisible when you’re travelling — all of those things affect passport privilege, it isn’t linear.

Travel  became another area for these discussions about what it’s like to be a non-white person in a world that prioritises whiteness.

How has travelling been for you, as a Black woman?

As a Black traveller with a British passport, I’ve been held up at the airport a few times by people who can’t believe somebody who looks like me is British. I’ve been turned away from a hotel in Cuba because I was mistaken for a prostitute. I’ve had clubs in Colombia charge me while they let my white friends float through. I’ve passed as locals and felt both the privilege and the discrimination that comes with that.

The reality of those moments is just sinking in for people who didn’t realise this was anti-Blackness. This is worldwide, it’s happening everywhere. When we go abroad, we see the effects of colonialism getting replicated again and again.

But on the upside, there’s so much joy in being a Black person and going to Black spaces. If you can do that as a Black traveller, you absolutely should, because it’s a privilege to move through these spaces undisturbed, to connect with people in a deeper way. It’s transformative and brings home how much we have in common, even though we’re at different ends of the diaspora.

What has travel taught you about yourself and about the world?

When you travel alone and have to constantly adapt to new people and new situations where things can go wrong in a foreign language — perhaps trying to find health care or just get yourself from A to B — it proves how much resilience and strength you have.

I’ve learned to trust myself and my decisions. When things aren’t right, I feel that in my gut. I’ve learned to listen to that little voice. Leaning into your intuition is key and you only really do that when you’re removed from everything that’s familiar to you.

We often forget how much of the human experience is shared, how you can connect despite language, despite geography. When you’re in your little bubble with your friends, in your home city, you forget all that. It’s only when you step outside of everything you know that you feel the mutual points of connection. That’s important to widen your world.

What are some of your most memorable moments from your travels?

I lost my phone in Medellin, Colombia, at this tiny market, which you have to take a cable car up to. I realised on the way down, but the security guards wouldn’t let me back up because it was the end of the day. In the morning, I went back up the mountain and was going around to all the stalls, asking in my broken Spanish. And then this little old man says, “Oh yes, I saved it for you just in case you came back. Here you go.” I just thought that was a great example of how people can be good when you expect things to go wrong.

I had such an amazing time in Cuba. It’s unlike anywhere I’ve ever been, like a portal to a forgotten world. They still have 1950s Chevrolets. They still have horses and carts. Wifi isn’t available everywhere. It felt like stepping back in time. If you’re unprepared for a country like that, it can be challenging. But I loved it because it was such a different pace of life. I stayed in homestays there, which was a great way to understand how Cubans live. And I took some amazing tours. We did an old 50s car tour, which was great.

One of the best moments of my travel life was on a snorkelling trip in the Galapagos Islands. We’d already swam through coral and saw hammerhead sharks and giant turtles. Then, just as we were getting back into the boat, the guide said, “Quickly, quickly, put your goggles back on! Look around you!” And there’s this shoal of stingrays just swimming around me. And then a giant turtle swam past. And then all these fish. It was just one of those pinch-me moments that only happen once in your life.

I would love to go island-hopping in the Philippines. But I also love exploring big, noisy metropolises, so Tokyo‘s on my list. And a food tour around Japan, I would absolutely die to do.

I’d like to do more of Africa. I’m learning more about who I am as a person, as a Black mixed woman. I would love to go to Nigeria or more parts of West Africa – Ghana, Senegal. And to do that with a trip leader would be key.

Who are some people in the travel space that inspire you?

Evita Robinson, who founded Nomadness, is a big inspiration. She’s created an entire community for Black people to travel together and celebrate not only their identities, but just have fun.

I think Annette Richmond, the founder of Fat Girls Traveling, is amazing. She’s created this space for plus-sized travellers. She talks about times she’s been turned away from things like diving because they didn’t have equipment for her size. She’s created a platform in which people can share resources, so they’re not embarrassed, and the same thing doesn’t happen to them.

We’re giving three lucky people a copy of Georgina’s book “Black Girls Take World: The Travel Bible for Black Woman with Boundless Wanderlust.” Comment below on how travel has shaped your life for your chance to win a copy. 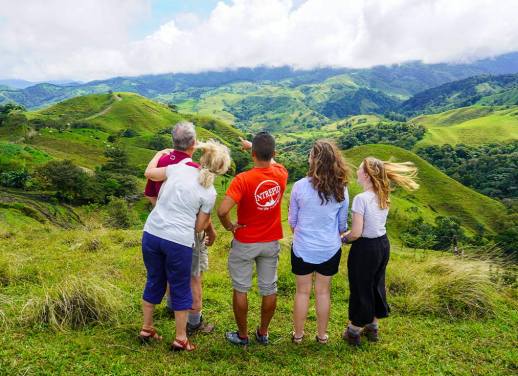 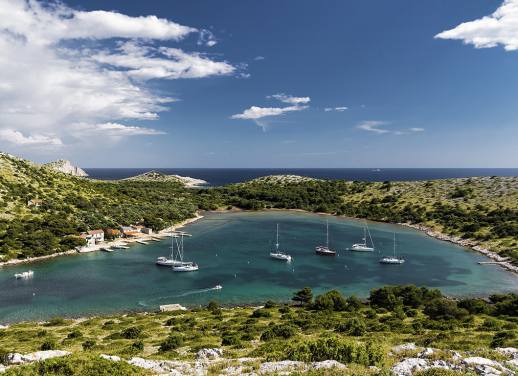 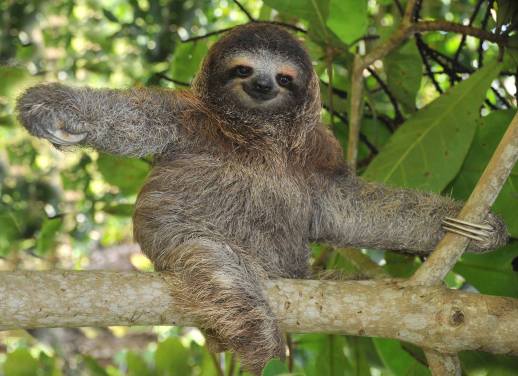