Home » 6 foods you have to try in Central Asia
FoodGuides

6 foods you have to try in Central Asia 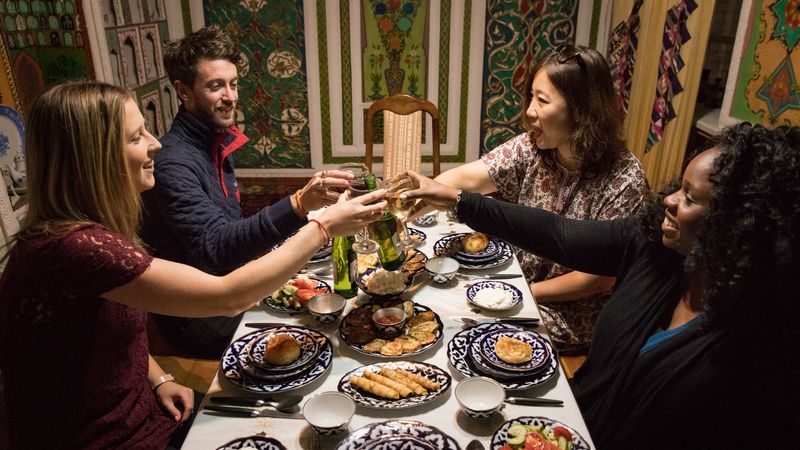 While Central Asia might not spring to mind as a traditional foodie destination, the cuisine in this region is truly unique.

After all, where else are you going to eat a combination of Middle Eastern, Turkish, Russian and Korean influenced food, all in the one meal? Turkish dumplings, nomadic-style meat stews, noodle soups and Middle Eastern barbecue all under the one culinary banner? I was intrigued.

So as a self-confessed food-obsessed traveller, I had to get myself over there to try and figure out what it was all about.

After spending some time in Central Asia, here are my top picks for foods to try when you visit. 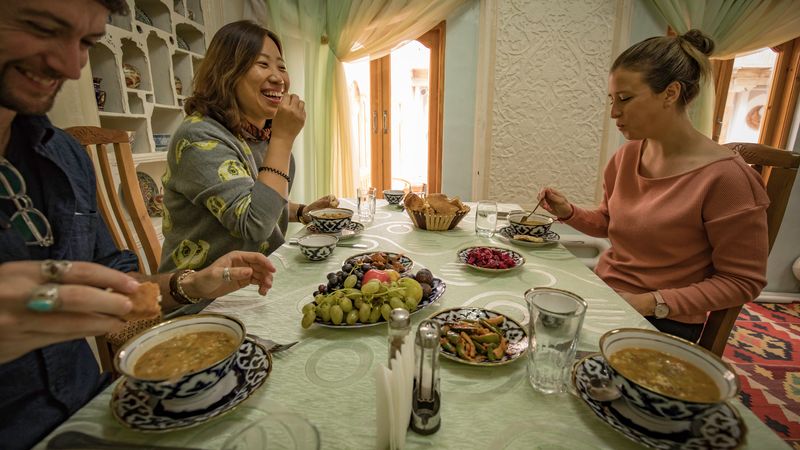 Before I travelled to Central Asia, my idea of dumplings was limited to the delicious Chinese potstickers or flavoursome Japanese gyoza I’m lucky to eat plenty of in my hometown of Melbourne. Topped with soy sauce, chilli oil and vinegar, when it comes to dumplings I expect flavours that pack a punch. However, my time in Central Asia taught me that while something might not be quite as you expect it to be, it doesn’t mean it isn’t excellent in its own right.

READ MORE: 6 REASONS WHY CENTRAL ASIA SHOULD BE ON YOUR TRAVEL RADAR

My introduction to Turkish-style dumplings – called Manty – definitely challenged my expectations. Manty are steamed, and normally filled with ground beef, lamb or horse meat mixed with spices, black pepper and additional meat fat. Instead of serving them with soy sauce, these dumplings tend to be topped with butter, sour cream and sliced raw onion. As long as you know what to expect (or what not to), you will enjoy a big plate of these with a pot of tea, no worries. 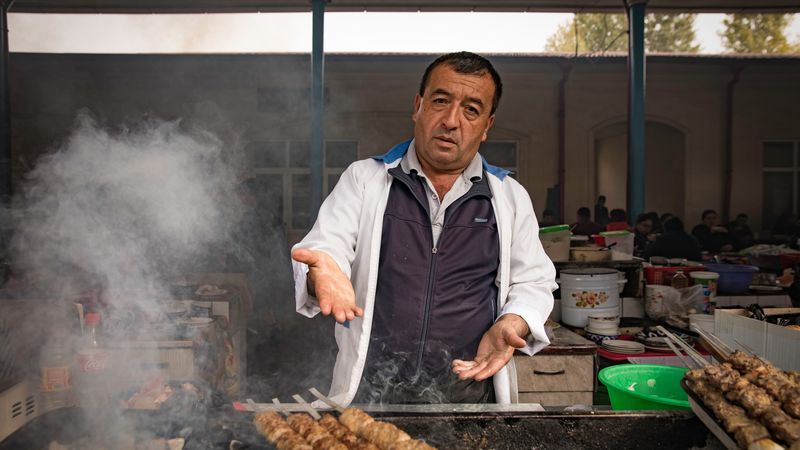 A man sells kebabs at the Chorsu Bazaar in Tashkent.

You can’t visit Central Asia without eating kebabs at some point. The best kebabs we tried were at the Chorsu Bazaar in Tashkent; pieces of marinated beef on a skewer that had been grilled over an open flame. However, it’s also common to find mutton or mincemeat kebabs, occasionally chicken too.

Known as pilaf in some countries, plov is an authentic and iconic dish in Central Asia (it’s Uzbekistan’s national dish!). You’ll find different versions of plov depending on which region you’re in; some varieties include roasted vegetables and meat, while others are fully steamed in a pan. What is consistent is that the basis of the dish is rice, cooked in oil and topped with mutton or beef. Then you add a layer of onions and yellow carrot (a regional ingredient), before topping it with raisins or sultanas. The overall result is a Middle Eastern version of risotto – hearty, satisfying and a perfect mix of textures and sweet, salty and oily flavours.

For the Australians reading this, Samsa is Central Asia’s answer to a meat pie. Flaky, golden pastry on the outside, spiced mince (usually lamb or beef) and fried onions on the inside. These little parcels are traditionally cooked in a tandoor oven and served as a street food; you’ll spot vendors at road-side kiosks who sell nothing but samsa, but you can also find them at food markets and some restaurants. 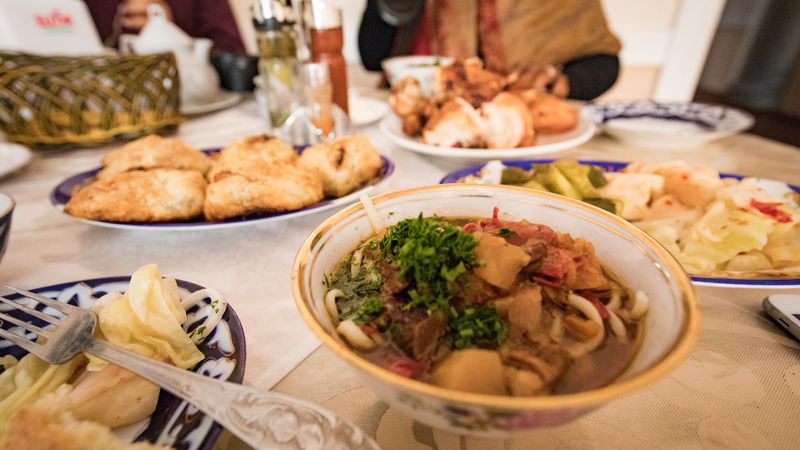 A bowl of Manpar at a local teahouse in Samarkand.

We tried a number of different soups during our time in Central Asia (including one tasty variety with a lamb shank) but the clear winner for me was Manpar, a noodle soup. The soup consisted of a thin, meaty broth with thick noodles, big chunks of slow cooked beef and root vegetables, topped with a freshly chopped parsley. The best place to eat Manpar is in a local teahouse, which were traditionally meeting places for men, but nowadays women and foreigners are also welcome at most places. It’s a truly authentic, local experience.

RELATED: 4 REASONS WHY NOW’S THE TIME TO VISIT UZBEKISTAN

A selection of pickled vegetables, cold salads and bread is the usual way to begin any sit-down meal in Central Asia. Nan is the traditional flatbread you will find all over the region, and is cooked fresh every day in tandoor ovens. When fresh out of the oven, the bread is soft and crusty, but toughens after a few hours, making it perfect for dipping into soup.

The variety of salads are a welcome addition to most meals, which are generally very meaty and rich. While some are Russian style and can be heavy (due to a lot of mayonnaise), you’ll also find plenty of fresher options with tomato, onion and herbs such as coriander, dill and parsley.

Do you want to eat your way around Central Asia? Book a place on our 17-day Central Asia Explorer trip and you can.