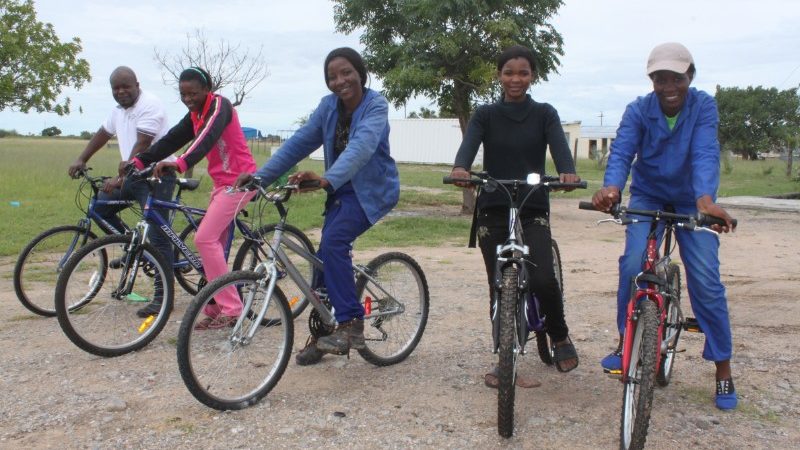 In the village of Okathitu in Namibia’s Omusati region, stretches of fine desert sand are littered with drought-tolerant mopani trees. Just over a decade ago, its people would spend entire days walking from their homes to town and back in sweltering heat. It was the norm in one of the most sparsely populated countries in the world. Until one old bicycle changed everything.

A young Namibian woman, Hilya, parks her bicycle in front of a persimmon-coloured building with ‘OKAFITU BIKES OFFICE’ painted above the doorway. She jiggles a key in the lock of the steel doorframe, and swings it open. Hilya waves to the cash lender to her right; she yells wa lalapo to the men in the “Stones Carving & Funeral Services” shop to her left. 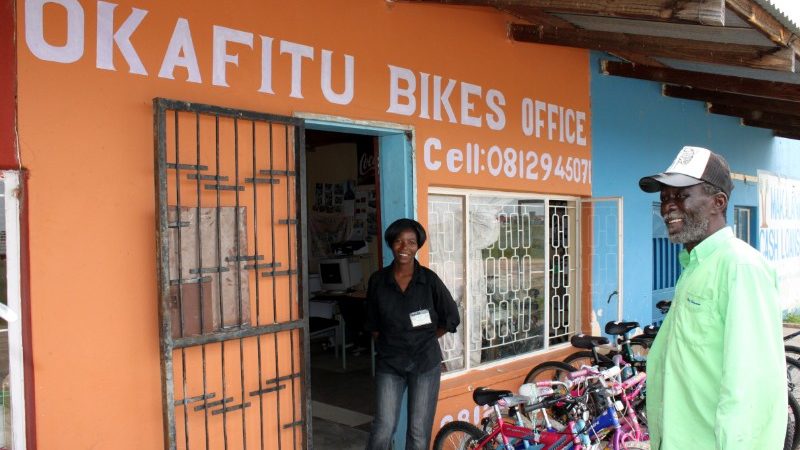 The bicycle shop is Hilya’s pride and joy, but it’s not her first.

When a shipping container full of bicycles arrived years ago, people started asking questions. Where did these come from? What are these for? How much do they cost? But Hilya’s questions were different. She wondered ‘Where can I learn how these work?’.

With the help of family and friends, Hilya set up Namibia’s first community bicycle workshop in the outskirts of her village. In the container, a group of newly trained mechanics repaired and sold bikes imported by Bicycles for Humanity’s local partner Bicycle Empowerment Network Namibia. Word travels faster on wheels, and within days people had made lengthy treks to get a bicycle of their own.

EXPLORE NAMIBIA ON A SMALL GROUP ADVENTURE WITH INTREPID NOW 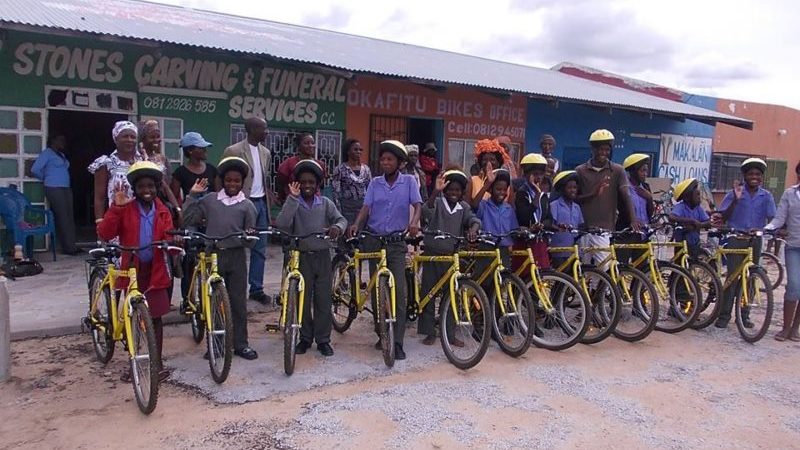 Knowing the container was too remote for most, Hilya opened a second shop closer to town. Since then, she’s sold hundreds of bicycles and parts. These days people are making journeys that once took a full day, all before lunchtime.

But these bicycles do more than just shorten commutes. 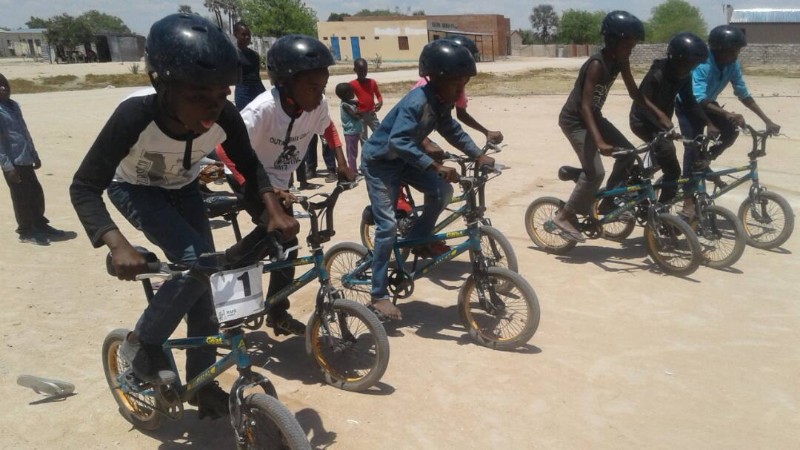 In her own village, Hilya started a BMX program for kids. It’s since expanded across Namibia, teaching young people how to ride and repair bicycles, while giving them a little friendly competition!

2. They empower locals to become mechanics 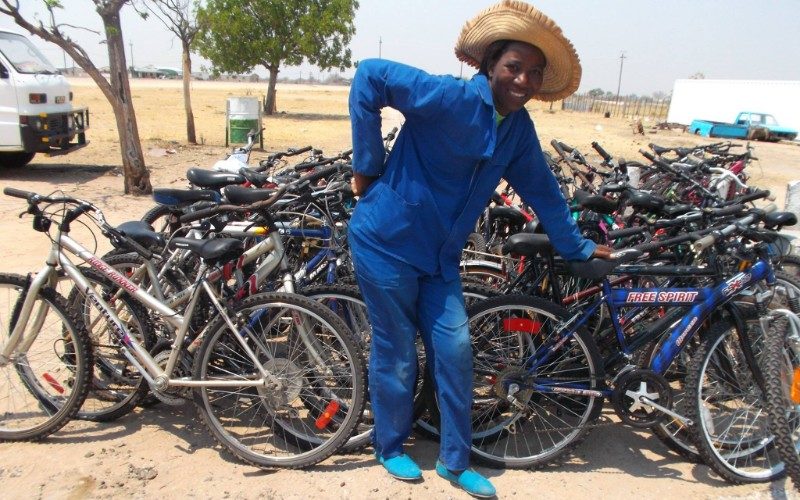 After each shipping container of tools, spare parts, and bicycles is delivered to a village, it’s converted into an enterprise box, or eBox. A team of locals learn the basics of bicycle mechanics, then pass their knowledge on to others who want to learn to repair and sell bicycles. More than half of the mechanics are women, making the workshops an important hub for female empowerment. 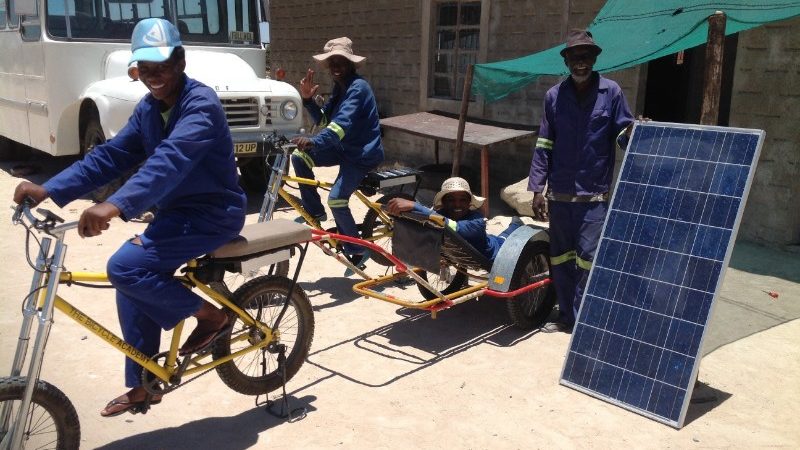 With the introduction of bicycle ambulances, Namibians are able to travel further – and faster – with patients to get urgent care. This is especially important for a population with a high HIV rate, low numbers of doctors and nurses, and a shortage of medication in rural areas, along with many other limits to health services. Health workers are also now able to deliver medication and treatment to rural communities by bicycle.

So, where do the bicycles come from?

The saying ‘one’s trash, another’s treasure’ can be pretty literal.

On the other side of the world, thousands of commuters in Melbourne, Australia are spoiled for choice: tram, train, car, walk, or bike to work. The result? Discarded bicycles scattered around the city in apartment complexes, parks, and storage facilities, destined for landfill. 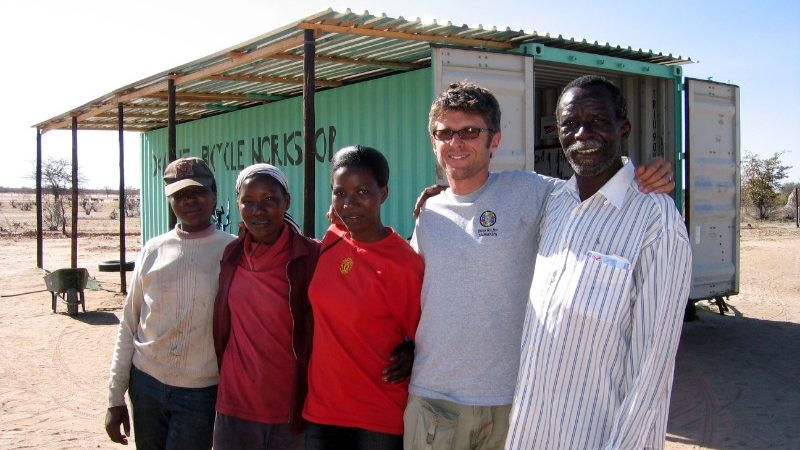 Organisations like Bicycles for Humanity (B4H) are dedicated to collecting these bicycles to send to communities like Hilya’s. A few times per year, B4H volunteers pack a shipping container with up to 500 bicycles to give them a new life. Once they’ve made the voyage to Namibia’s western coast, the local Bicycle Empowerment Network sets up bicycle workshops in the communities. In just one year, The Intrepid Foundation has raised enough funds to support a new training and mentorship program, including employing a local person to oversee the 30 workshops across Namibia.

FIND OUT MORE ABOUT THE INTREPID FOUNDATION NOW

Back in Melbourne, the search for bicycles is never finished. Andy Gild, one of B4H’s founders, knows exactly how difficult it can be to find them. ‘There are so many bicycles out there – broken or forgotten – on their way to being rusted and thrown into landfill. But by creating awareness about the impact those bicycles can have, we can save them from nature’s grip and put them to good use.’

It seems to Andy that starting the Melbourne B4H chapter was a mix of happenstance and fate. When she came across a project sending bicycles to Africa ten years ago, it resonated immediately. ‘As a commuter cyclist who grew up in South Africa, it really stood out to me. I remember being a young girl in Cape Town, and walking 10 kilometres to fundraise for kids in need. In hindsight, the challenge of that single experience has been such an important driver for me.’ 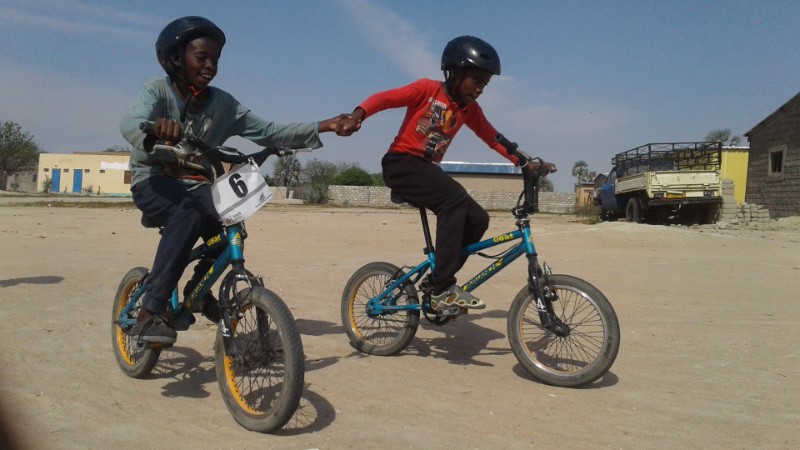 Whether it’s a mother’s new ride to work, a child’s first hobby, or a father’s way to pick up medicine, every donated bicycle serves a purpose in its new home. If you don’t have a bicycle to donate, you can get involved by packing containers, repairing bicycle, or giving support through fundraising.

Editor’s note: as of 2020, Bicycles for Humanity are no longer a partner of The Intrepid Foundation. 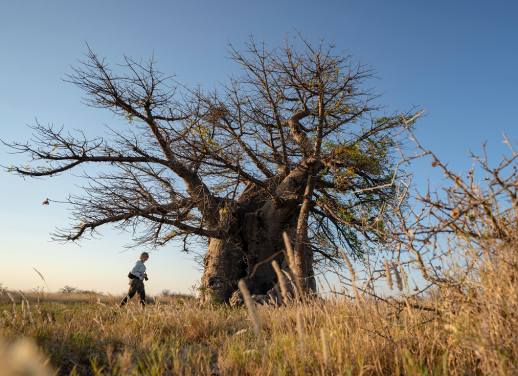 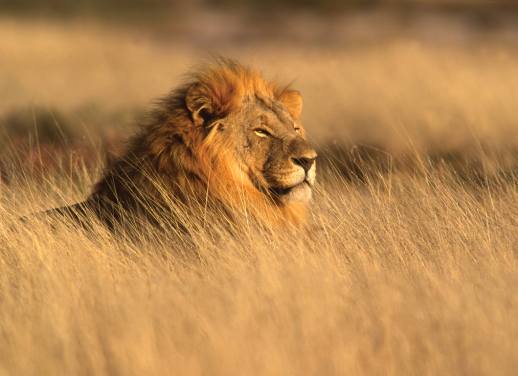 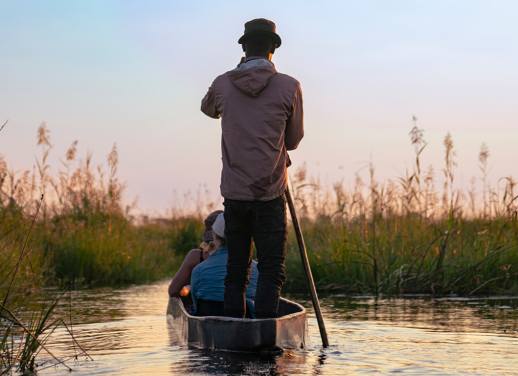 Supporting local communities at a time of crisis:...

This is just incredible! I love the story and you are sharing such valuable read. WIll spread it out!