5 places you need to check out in Northern Thailand 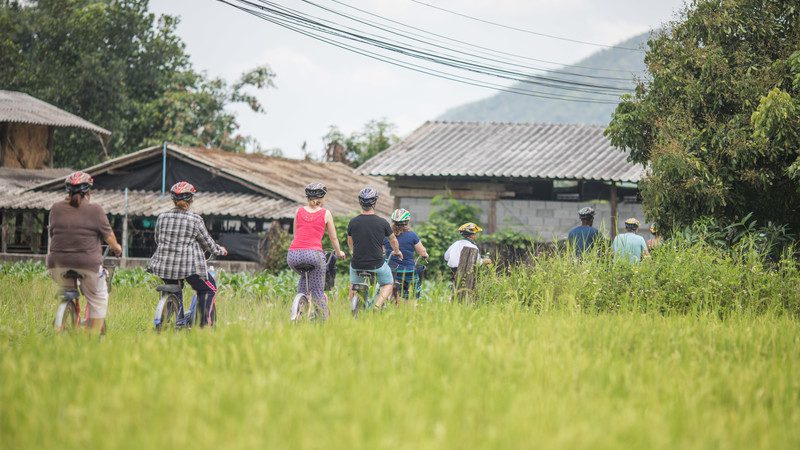 For a lot of travellers, Thailand begins and ends with Full Moon parties, a bucket of vodka (seasoned with regret) and beaches straight out of postcards (if, you know, the postcards had somehow mentioned thousands of tourists).

And while it’s a shame that the southern archipelago draws the vast majority of the Bintang tank top-sporting crowd, it means there are opportunities up north.

This is the jungly bit of Thailand. The bit that’s probably more representative of what the country used to be 30 years ago before ping pong shows became a thing. Up in Chiang Mai, or even better Chiang Rai, you can still find quiet Buddhist stupas, waterfalls all to yourself and hill tribes like the Akha and Lahu that live pretty much like they always have. A fire-twirling Full Moon party this ain’t. But if you care about culture, point your Thai compass due north.

Here are 5 of our favourite spots in northern Thailand. 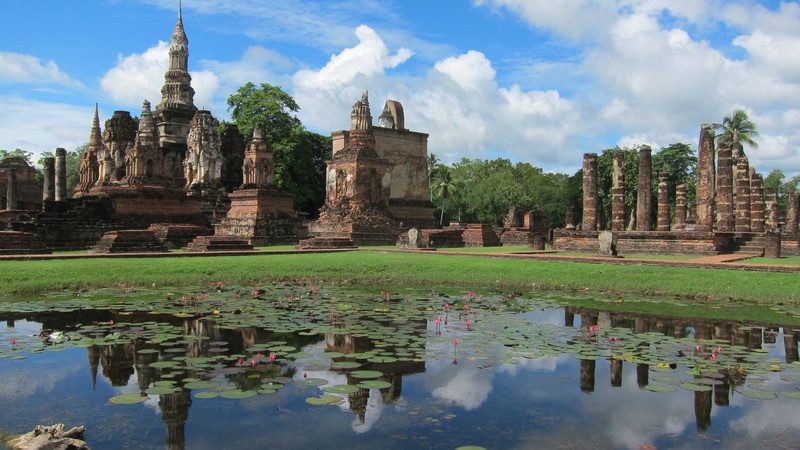 Sukhothai may not technically be ‘northern Thailand’, but it’s more north than a lot of tourists get, and it’s cool, so we’ll overlook the geography. Think of the ‘old city’ in Sukhothai as a mini Angkor Wat. Not quite as big, but just as impressive in its own way. It’s basically the preserved remains of the Sukhothai Kingdom, a short-lived dynasty that survived until the 14th century. The old city is known as meuang gòw and stretches through the jungle for about 45 square kilometres (or 17 square miles). The nearby town of ‘new Sukhothai’ isn’t all that interesting, but it’s got good transport links to Bangkok and makes a good enough pit-stop on your route further north.

RELATED: FIRST-TIME TRAVELLER? HERE’S WHY THAILAND IS THE PERFECT DESTINATION FOR YOU 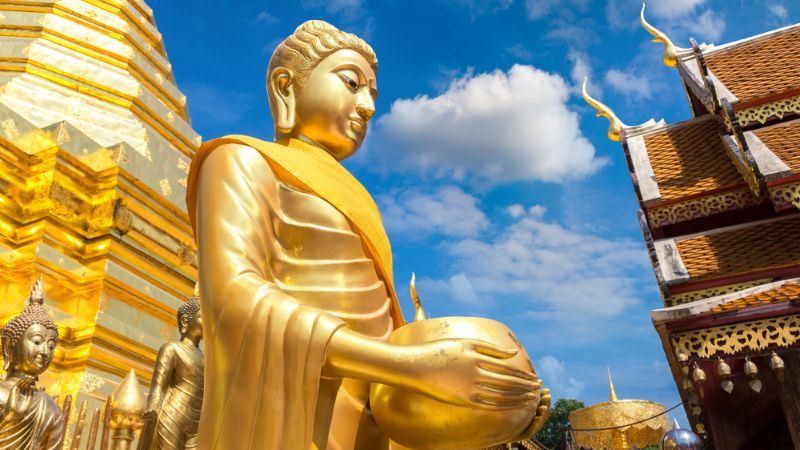 Despite a boom in popularity over the last decade (mostly due to peace-seeking travellers escaping the frenzied buzz of Bangkok and Phuket), Chiang Mai still has that classic Northern Thailand laid-back vibe. It’s the glowing capital of the north, the former seat of the old Lanna Kingdom. That’s the Old City, central Chiang Mai, but around the crumbling monasteries and their ancient brick chedi (stupas), there’s a bustling modern town with a cracking night market, great street food and fish pedicurists (Google it, it’s a thing). The other good thing about Chiang Mai is its location: a quick day trip and you’re suddenly swimming in pools beneath Monthathan waterfall, or trekking through mist-covered jungles. 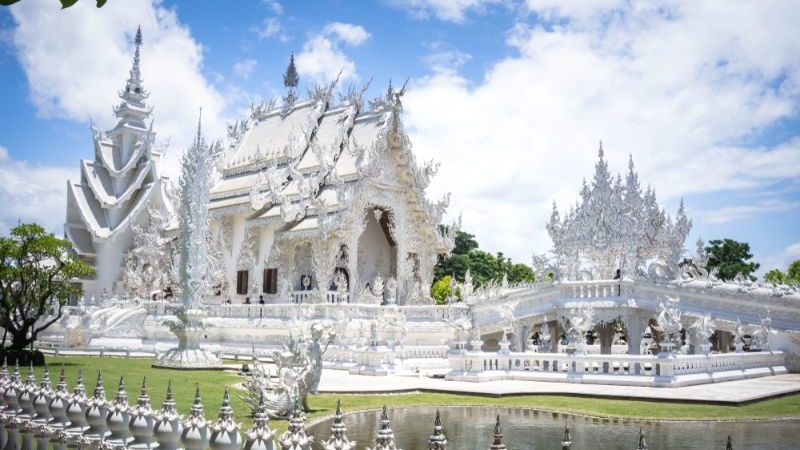 We hate phrases like this, but Chiang Rai is probably the ‘next Chiang Mai’. Slightly further north than Chiang Mai, and with fewer flight options, it’s an even more serene and laid back version of its nearby neighbour. Food will be cheaper here (and spicy too – watch out for the ‘jungle curries’) and there’re lots of small backpacker-style accommodation at a very reasonable price. The main reason to visit Chiang Mai (apart from its charm and bone-white Wat Rong Khun temple) is its proximity to the Golden Triangle region: the border between Thailand, Myanmar and Laos. A great jumping-off point for further adventures.

RELATED: THAILAND IN ONE WEEK: THE ULTIMATE GUIDE 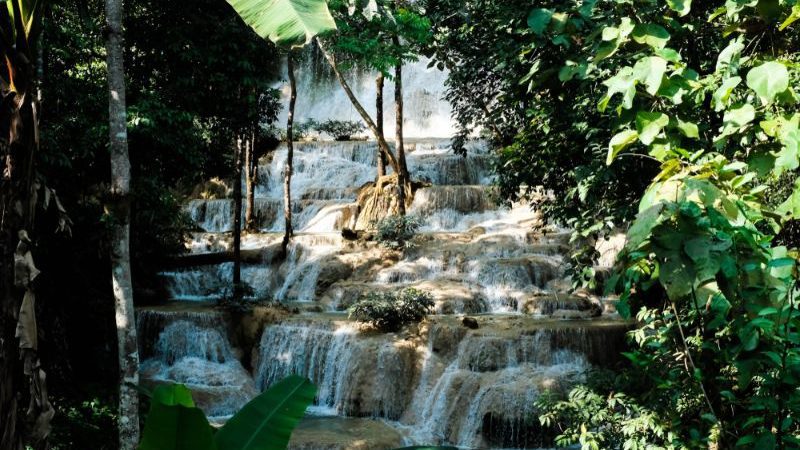 A lot of places are labelled as ‘stepping back in time’, but Lampang (along with the northern railway’s line between Bangkok and Chiang Mai) is the real deal. There aren’t even any tuk tuks here, guys. People get around on horse and carriage. Legit. There’s a tiny airport, but that’s as high tech as this place gets.

Why make the journey? Apart from the quaint rural charm, Lampang is where you go to see elephant sanctuaries like the Friends of the Asian Elephant Hospital. We visit it on our tours. There are a number of elephant-based tourist activities in the north of Thailand, but try to pick places like this, where it’s less about tourism and more about what tourism can do: help rehabilitate and care for endangered elephants. If you’re in Lampang on a Saturday or Sunday night, make sure to hit up the Gad Gong Tha Night Market too: it’s street food Nirvana. 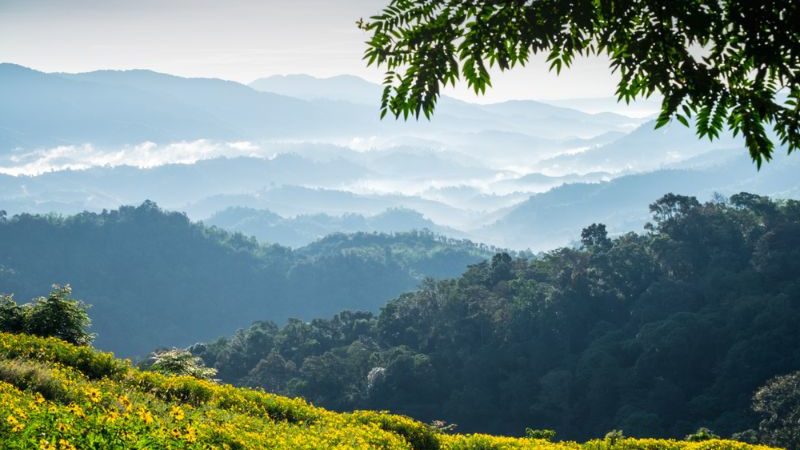 Mae Salong is one of those cute little pockets of the world that makes absolutely no sense until you know the history. Walking down the street, you’d think you were in Yunnan province, China. The shops are playing Chinese TV. There’s Chinese food in all the restaurants, and a big tea-drinking culture, thanks to the plantations nearby. The reason for all this is that Mae Salong was originally settled as a regiment of the Kuomintang (the Chinese national party) after communism took over China in 1949. They crossed into Myanmar, and then later into Thailand, and set up a cool little community that continues to thrive and stick to its roots.

Mae Salong is a great place to chill, sip some tea and maybe visit a hilltop village or two. It’s close to Chiang Rai as well, up in the hills beyond the town, so it’s worth a couple of nights if you’re in the area. 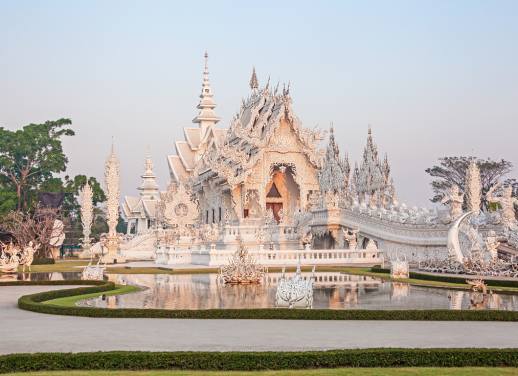 I have been to the South of Thailand and as much as I was looking forward to immerse myself in the Thai culture, this was lacking. This December I’m heading to the North and can’t wait to see more of the Thai culture here. Will definitely check some places mentioned in this post! Thanks for sharing.