4 unexpected benefits of visiting the Balkans on a group tour 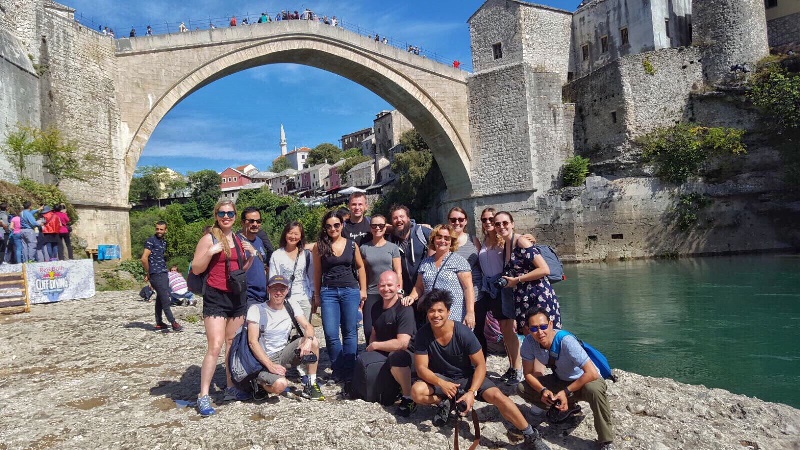 You know when you invite a friend to that ‘thing’, never expecting them to actually come? That was me when my best friend from high school actually agreed to join me on a group tour in the Balkans.

Don’t get me wrong. I knew the offbeat allure of the Balkans has tugged at many travellers’ heartstrings. Its sombre history, rich cultures and impressive natural beauty have helped thrust it onto the world’s stage in recent years, especially the ever-popular Croatia and Slovenia.

But based on my (very) casual observations, I assumed most tourists that ventured to fully into the Balkans must be seasoned independent adventurers or travel-savvy Europeans. Not as much travellers visiting on a group tour, right? Boy, was I wrong. 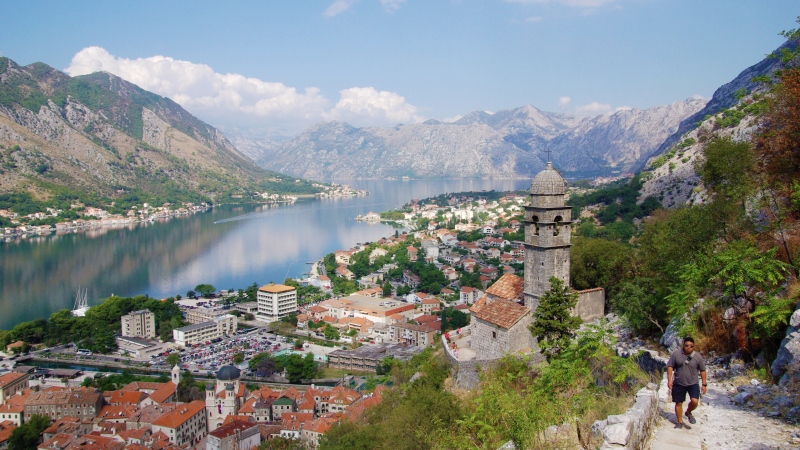 View from the path to Sveti Ivan Fortress in Kotor, Montenegro

I realised Balkan tours’ rising popularity when I booked our spots on Intrepid Travel’s 15-day Balkan Adventure and saw it was almost full. I had opted for non-independent travel because surely the Balkans would be difficult to navigate alone, right? (Also wrong.) But the benefits of experiencing this unique region on a group tour were even more far-reaching, as myself and my fellow travellers came to realise.

Here’s why my Intrepid group tour made all the difference in my adventures through Croatia, Bosnia & Herzegovina, Hungary, Serbia and Montenegro:

Experience the highlights and hidden gems

The Balkan region is brimming with natural and man-made wonders, from Croatia’s Plitvice Lakes National Park to Bosnia & Herzegovina’s Stari Most bridge. These sought-after sights are popular for good reason – they’re impressive!  I remember looking at Mostar’s immense Ottoman-empire bridge during the tour and thinking, “Yeah, I get the hype.”

But the countries in the Balkans are also filled with ultra-cool hidden gems. In fact, the same day we went to Mostar, our stellar Intrepid local leader, Dinko, took us on a pit-stop to walk the abandoned bobsled track in Sarajevo, the capital, from the ‘84 Olympics. It’s covered in graffiti now and yes, it is as awesome as it sounds. 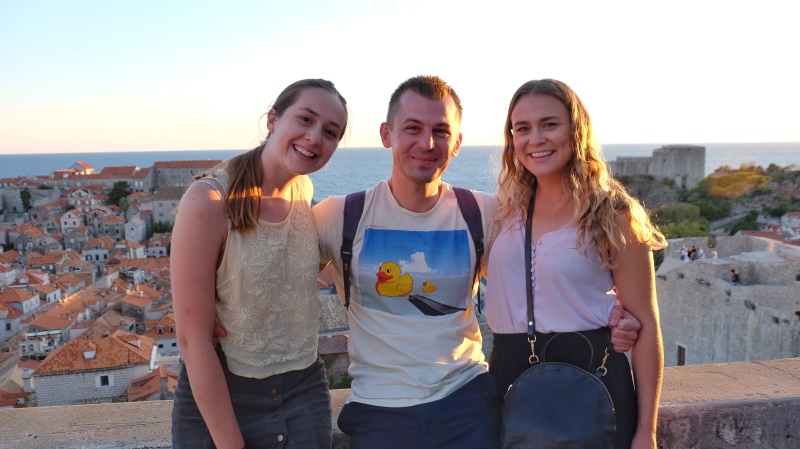 With Mariah and our leader, Dinko, in Dubrovnik

We experienced the must-do highlights and also the memorable local spots we probably couldn’t find ourselves. Like doing the popular “Walls of Dubrovnik” walk, but also stopping at a once-opulent hotel completely destroyed in the war. Or travelling through the ruggedly beautiful Durmitor National Park to get to the popular town of Kotor, Montenegro. Because deep down, I think most people want a trip that’s a mixture of mainstream and alternative.

The way to a destination’s heart is often through your stomach – and the Balkan countries are no exception.  You can expect to dig into some deliciously hearty dishes with meat, cheese and bread being staple ingredients. But having a local there to show you the ins and outs of the food scene will really be the make-or-break for those memorable foodie experiences.

While we were in our local leader’s hometown of Osijek (a town in continental Croatia), we were brought to a tiny restaurant to try a local specialty for dinner: deer stew (our leader gave the restaurant a day’s worth of advance notice for them to start preparing).  Turns out, this would be the most amazing thing I’d eat on my trip.

(FYI: Intrepid has a 12-day food trip in the Balkans!) 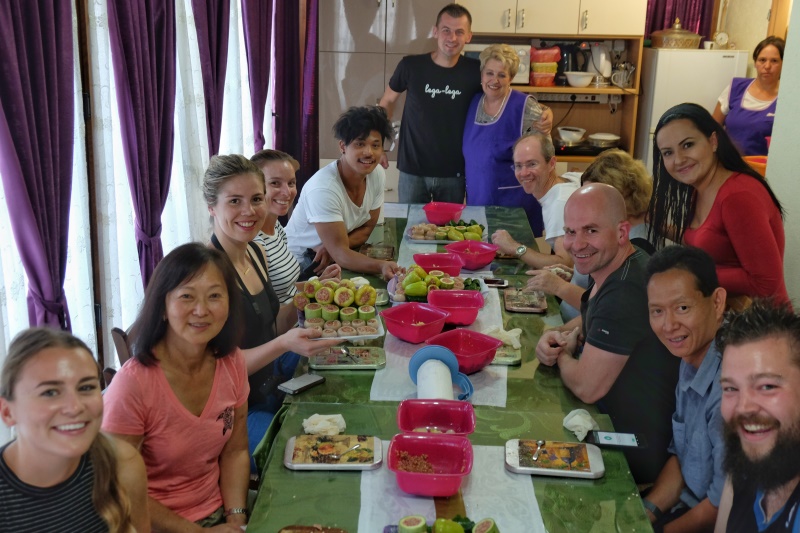 The group at the cooking class in Sarajevo

Throughout the entire tour, we visited family-run wineries, sampled rakija and tried delicious dish after dish, like ćevapi and pržolica. We even enjoyed an intimate Bosnian cooking class at our guesthouse in Sarajevo – an experience I know I wouldn’t have tried had I gone alone. Our local leader was truly our Balkan cuisine sherpa.

Learn the history from the locals

The Balkan region harbours a dark memory of war in the 1990s. However, hearing personal accounts of this important part of history helps you empathise with the people who lived through it. I remember sitting frozen listening to Muhamed, our local city tour guide in Sarajevo. He was telling us a story about when he was 10 years old during the siege of Sarajevo. Suddenly, it became so real.

We’d already had a sobering visit to Vukovar Hospital, sat through a few history lessons and walked past bullet hole-riddled buildings. Yet, it was so much more impactful and surreal hearing such a personal account from someone who lived in the most affected city. 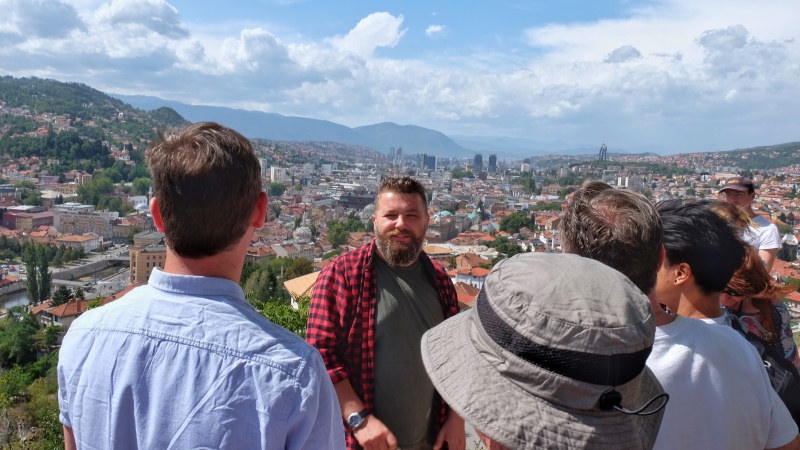 Muhamed leading our group in Sarajevo

I won’t tell Muhamed’s story – mainly because it’s not my story to tell (plus I could never get his witty anectotes quite right) and also because you should really hear his and others’ stories yourself on Urban Adventures’ Scars and Smiles tour. I feel so grateful to have learned about Balkan history from the source, not from the media or politicians or out-dated history books. Just real people willing to share their stories.

VISIT THE BALKANS ON ONE OF INTREPID’S SMALL GROUP ADVENTURES

Travel with a like-minded group

Quick confession, this was my first Intrepid trip accompanied with a friend – I have been on four alone and one with my sister. I thought that maybe this time I’d spend more of the free time just with my travel companion, Mariah. But our group was honestly so genuinely awesome that we pretty much exclusively hung out with them.

We decided to join everyone on the optional boat cruise in Kotor, where we danced to “Mambo Number Five” surrounded by breathtaking mountain scenery. We went for craft beer with the group at a cool local haunt in Sarajevo and got lost in Belgrade together. Most importantly, we made lifelong friends. 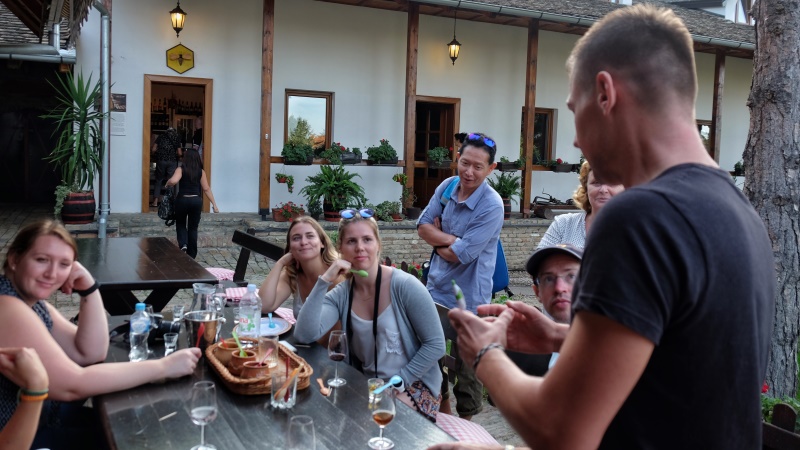 Dinko and the group at a local winery in Serbia

Because really, everyone on group tours are there for the same reasons, and it can be so comforting sharing experiences with people as interested and passionate about responsible travel as you are. It’s kind of like having inside jokes with your college buds.

After it was over, we all went back to our everyday lives, checking in on social media from time to time to reminiscence on “that one time in the Balkans.”

Want to experience the magic of the Balkans on a group trip? Check out our 15-day Balkan Adventure tour. 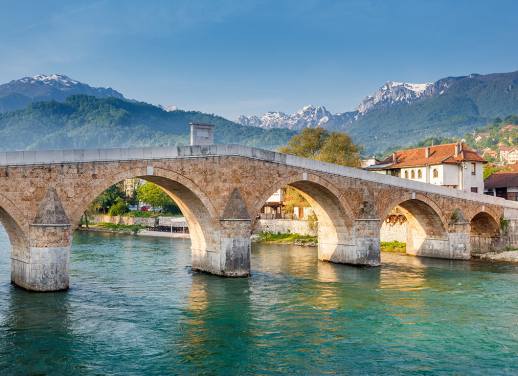 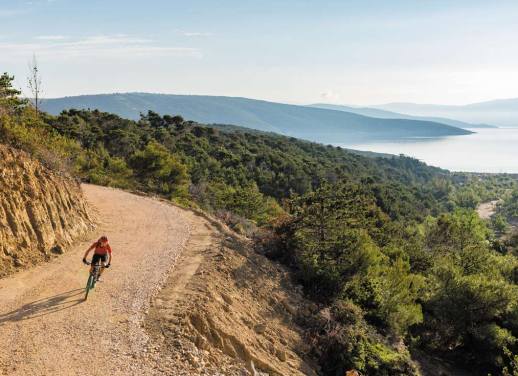 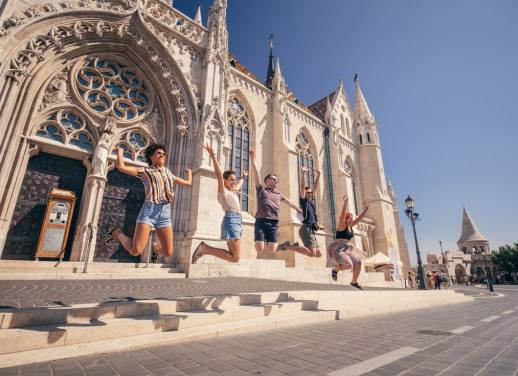 Meet the husband-and-wife team behind our Mongolia Naadam...