A gluten-free guide to Europe 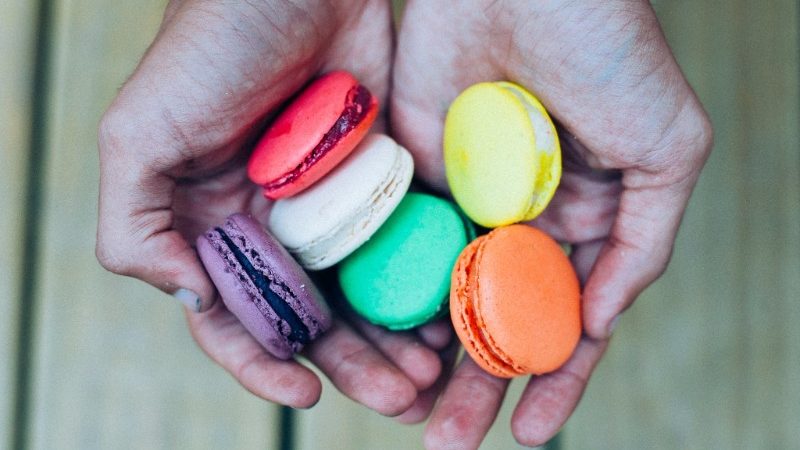 On a continent overflowing with pasta and croissants, schnitzels and dumplings, it would be understandable to assume that our European friends would have very little in the way of gluten-free foods.

But while Europe is known for its ancient cultures, colourful architecture and bloody history, it’s not yet known for something it’s now also very good at: dishing up gluten-free food that actually tastes good.

Here’s our gluten-free, coeliac-friendly odyssey through some of Europe’s most-visited cities, with an eye to fresh produce, knowledgeable restaurateurs and damn good local cuisine.

Yes, the French are known for their super-traditional approach to their celebrated cuisine – but this country of foodies has started to open up a bit, leading to tasty wheat-free spins on both French and international food.

Gluten-free pancakes and bagels are everywhere at this hole-in-the-wall cafe favoured by local health nuts and international visitors. Their fresh-pressed juices are nothing to sniff at, and their coffee is up there with the best in Paris. Kill two birds with one stone and visit the Shakespeare & Company bookshop across the Seine – the adjacent cafe dishes up Bob’s gluten-free sweet treats for when you’ve had enough of exploring the Shakespeare’s famous aisles.

The Holy Grail of Paris’s gluten-free spots, Noglu has three locations spread across the city, variously serving baked goods and gluten-free meals for breakfast, brunch, lunch and dinner, depending on which one you hit up. The restaurant menu changes regularly, but in the bakery you’ll find cookies, tarts, cannelés and baguettes.

While Hungary is known for wheat-heavy dishes like goulash with bread dumplings and lángos, you can still find a decent bite in Budapest if you know where to look.

Gluten-free, vegan and sugar-free might not tickle everyone’s fancy. However, this place manages to make raw apple pie and cheesecake taste good. The decor is also a draw – there’s a swing (get a load of it on Instagram), and a resident friendly dog.

Life is so much easier when everything on a menu is gluten-free – and this is just one of the attributes Drop has going for it. Its burgers and breaded chicken are must-tries, and if you’re not immune to a drink or two, they have booze-loaded coffees. Abstainers should give their creamy hot chocolate a go.

It’s hard to imagine the schnitzel- and strudel-loving Austrians embracing the gluten-free way of life, but walk into any cafe, and they’ll more than likely be able to rattle off a myriad of dishes you can eat without fear of later pain.

Sure, bagels aren’t a famously Austrian cuisine, but when they’re gluten-free, who are we to argue? You can get them topped with various cheeses, vegetables and meats, and perfectly brewed coffee to the side. Just as good as they are in New York!

If you’re looking for something a little more local, Beim Czaak may be right up your alley. Schnitzels, dumplings and goulash can all be done gluten-free, and while you wait for your meal you can check out the sketches of the restaurant’s regulars that line the walls.

In such a vast city, it can be difficult to know in which direction to head to find coeliac-friendly food. Here are a couple of places to get you started.

In London it’s hard to not run into an Honest Burger. They have a small menu that covers all burger bases – chicken, beef, veggie, and bacon, if you please. All burgers and sides can be done gluten-free and, although it’s a chain, the grub is as good as any you’ll find in London.

Okay, it’s another chain – but how often do coeliacs get to eat fast food? Most meals here are gluten-free and it’s clearly indicated what you can and can’t eat. There are poached egg pots with beans for breakfast, a variety of salads, meatballs and curries for lunch, and popcorn, cookies and brownies to satisfy your sweet tooth. Big thumbs up.

A post shared by SugarDaddysEdinburgh (@sugardaddysedinburgh) on Jan 26, 2017 at 3:53am PST

While Scotland is better known for its shortbread than its cupcakes or doughnuts, Sugar Daddy’s serves up delicious (and picture-perfect) versions of both. From the gingerbread cupcakes to fudge brownies, and even weekly bread deliveries, absolutely everything this friendly neighbourhood bakery is gluten-free – and often vegan as well.

Every heard of a little book series named Harry Potter? Author JK Rowling penned the first two novels in this cafe in Edinburgh’s Old Town, with the Edinburgh Castle looming over her, and the grave of the real-life Tom Riddle sitting below her. While the cafe is now the stomping ground of hordes of fans of the boy wizard, it also serves up a range of gluten-free goodies, which means that coeliac Potterheads can join in the magic, too.

You’d think, considering how much the Italians love wheat-packed foods, it would be almost impossible to find anything remotely lacking in gluten. However, Italy has the highest percentage of coeliacs in the world, and an entire organisation dedicated to ensuring they can eat well. Most restaurants and cafes will now indicate what’s gluten-free on their menus, but here are a few of our favourites.

With two locations in Milan, Glufree makes artisanal baked goods, all with no gluten whatsoever. Bread, arancini, foccacia, tarts and cakes are just a few of their coeliac-friendly menu items. The staff are knowledgeable and friendly, and both cafes have plenty of seating so you can sit and enjoy one of everything, thank you very much.

The great thing about Cantina Piomontese is that it’s one of the best restaurants in Milan, and it has an entire gluten-free menu! This paddock-to-plate eatery, near the Duomo, gives coeliacs a dining experience they won’t usually find, with gluten-free bread baskets, pastas and desserts all for the taking. Their meat dishes are to die for, their wine list extensive, and their staff clued in to allergies. Arrive early, book, or risk missing out.

Searching for (literally) the best gluten-free pizza in the world? Head to Ciro & Sons, who took out first place in the gluten-free pizza World Championship. Don’t forget to check out their gluten-free pastas either (hello lasagne!), and you’ll have so many dessert choices you won’t know what do to with yourself.

Don’t worry, you won’t have to forgo gelato when you’re in Italy – you won’t even have to forgo cones. Grom scoops gluten-free gelato into gluten-free cones, and has a regularly changing menu of flavours. They also have locations in Rome and Torino, so you can follow the gelato on your Italian adventure.

If you’re visiting the Pantheon, we suggest visiting around lunchtime. In a quiet back alley nearby is Pantha Rei, a trattoria that has been given the tick of approval by the Italian Coeliac Association. While they don’t have a gluten-free menu, they’ll be able to make most dishes coeliac-friendly for you, including carbonara and Siciliana.

Somehow this bakery manages to make traditional Italian sweets without gluten taste just as good as the real, flour-laden thing. Pick up ciambella, cookies, bread and suppli, and people-watch in nearby Piazza Navona while you chow down.

Want to try something really tasty? Check out our local-led food tours Europe.

Che-Marie threw in her excellent job at a food and travel magazine to go eat some food and travel. She's since skiied her way across Vermont, shivered her way through Budapest, and climbed to the top of what feels like every Italian duomo known to mankind. From her new base of London she's ticking off countries one at a time, dragging a suitcase that is really much too heavy along behind her. Follow her @chemariet

I also love Honest Burgers and was always a must visit for me on recent trips to London! Keep on eating and traveling. Love it!