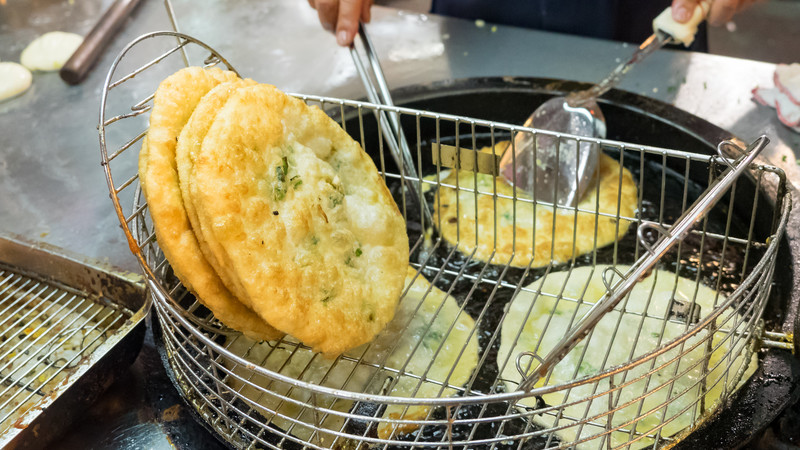 We’re all familiar with a Spanish paella or a Mexican taco, an Indian curry or a Japanese ramen. Real food fanatics, may have tried Peruvian ceviche or Cambodian amok too.

But, there are some emerging culinary scenes that’ll get your mouth watering. So, if you’re guilty of organising your itinerary around dishes you’re desperate to try – it’s time for you to venture off the eaten track! 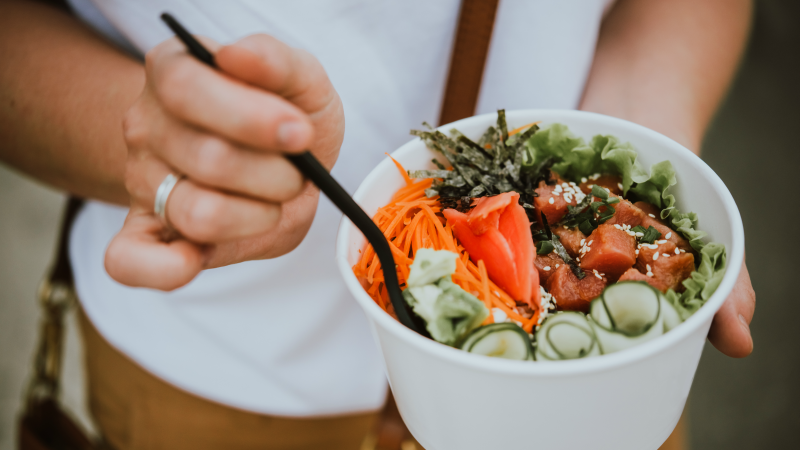 As food trends focus on clean eating, it’s no surprise that Hawaiian staple, poke (pronounced po-kay), is proving popular. Described by some as deconstructed sushi, poke comprises of sliced fish (often raw tuna), soaked in hot sauce, sesame oil or soy sauce, over a bowl of rice with greens.

Other Hawaiian plates worth tasting include slightly less healthy loco moco, a juicy meat patty and fried egg, drenched in gravy atop white sticky rice. Lomi-lomi salmon, a refreshing salmon and tomato salad. And lau lau, pressure cooked pork that’s been wrapped in taro leaves. A top spot for tracking down the capital’s best food is Kapahulu Avenue, which is peppered with excellent local eateries. 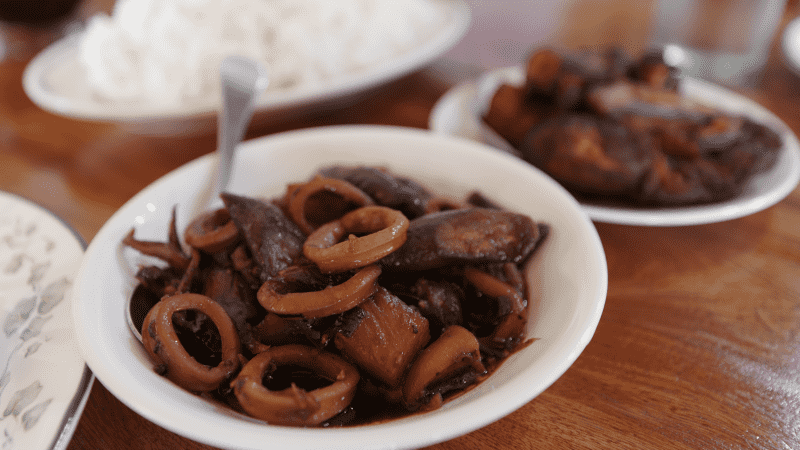 Filipino cuisine is slowly making its way onto foodies’ radars. Its intriguing mix of bitter and sour flavours, and Spanish colonial heritage make it easy to see why. You won’t get round the Philippines without tasting adobo, a concoction of meat, seafood or vegetables marinated in black pepper, garlic, vinegar and soy sauce.

Sinigang, a tamarind-based soup packed with meat or fish, fresh ginger and vegetables, is another favourite. Along with kare-kare, a meaty stew with savoury peanut sauce – perfect for peanut butter lovers. Many Filipinos believe in the idea of ‘waste not, want not’, and cook every part of an animal. Something to bear in mind for more squeamish eaters!

READ MORE: EVERYTHING YOU NEED TO KNOW ABOUT DINING ETIQUETTE IN ASIA 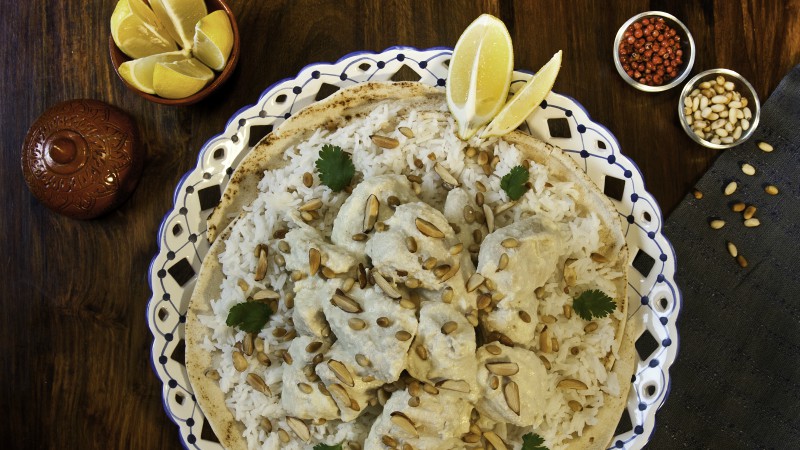 Gathering inspiration from North Africa, the Mediterranean and the Middle East – Jordanian food derives from a mishmash of gastronomic influences. Aside from dishing up Middle Eastern classics like falafel and hummus, there are also a handful of recipes that originate here. Namely mansaf, a hearty meal of rice, lamb and jameed (a fermented yoghurt sauce), and widely regarded as the country’s national dish.

When in Jordan embrace to the opportunity to experience the tastes and smells of a freshly prepared Bedouin zarb. A form of underground barbecuing, which slowly roasts vegetables and cooks spiced meats and rice to perfection. 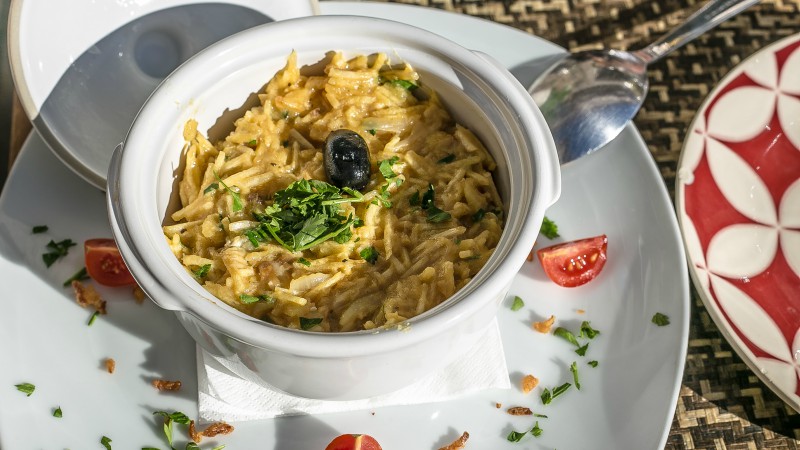 You might be surprised to see such a well-known European spot amongst this list of rather more exotic destinations. But, Portuguese fare is so often overlooked and it’s time to see beyond the pastel de natas! Let’s start with bacalhau (dried salt cod), a core part of the local diet and used to create countless tasty treats like bacalhau à brás (salt cod fried with onions, potatoes, olives and scrambled egg).

Be sure to try these two traditional favourites too: feijoada (pork and black bean stew) and caldo verde (a simple soup made from potatoes, collard greens, olive oil and salt). If you’re feeling indulgent, head for Porto and gorge on a gut-busting francesinha, a meat-packed sandwich smothered in melted cheese and covered in a hot tomato and beer sauce.

EAT YOUR WAY THROUGH PORTUGAL ON THIS 8-DAY FOOD ADVENTURE 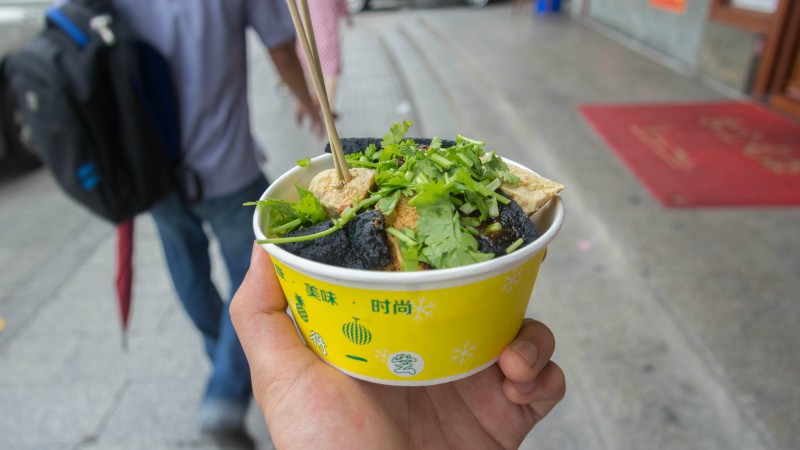 Given its location and history, it’ll come as no shock that Taiwan has taken culinary influences from neighbouring China (particularly the central and southern regions) and Japan (after a period of Japanese rule). And, as an island nation with little room for crops, typical Taiwanese cooking incorporates pork, seafood, chicken, rice and soy.

Must-try dishes are ba-wan, giant dumplings crammed full of pork, bamboo shoots and mushrooms. Minced pork rice, which is exactly what you’d imagine it to be. As well as, fresh oyster omelette served with sweet-and-sour ketchup. Will you also be brave enough to sample Taiwan’s most divisive food, smelly tofu? Tofu fermented in brine for months, and the smellier the better (apparently).

Are you a bigger fan of the old favourites? We offer Real Food Adventures in Spain, Greece, India, Thailand and Vietnam too.