When is the best time to visit Singapore?

Singapore is generally considered a destination that's suitable to travel to all year round with a fairly constant tropical climate that doesn't experience any extreme temperature patterns. However, that's not to say there isn't still a 'best' time to visit. Unfortunately, you won't be able to escape the heat (Singapore averages temperatures of around 26°C-30°C throughout the year) or the humidity (levels don't dip below 80%), but the months of March through to August are less likely to see extended periods of rainfall making it the best time to visit this sprawling, urban metropolis.

Winter in Singapore falls in the monsoon season so you can expect sudden tropical downpours and wild weather. Despite this, Winter is still a fantastic time to travel to Singapore as temperatures are still high, sitting at around 30°C-32°C. However, there's a high chance of fog so taking a ride on the Singapore Flyer or standing at the edge of Marina Bay sands isn't a good idea until later in the afternoon if you want to see the city's skyline. If you're not a fan of the rain, winter is the perfect time to explore Singapore's world-class shopping precincts with Orchard Road providing the perfect place to spend a few hours. However, the humidity that comes with Singapore's high temperatures might have you wanting to cool off so it's also a great time to hang out on the beaches of Sentosa Island.

Best for: Gardens by the Bay, nighttime festivities in Clarke Quay, and the Singapore Zoo

Singapore starts shining again in Spring with rainfall becoming less and less frequent as the season goes on making it one of the best times to explore Singapore's luscious vegetation and immaculate gardens. The month of April experiences some form of fog over more than half of its days, however, this clears up in the afternoon. Temperatures have lowered a little with averages set at around 27°C making spending long periods of time outside more comfortable and manageable. For this reason, wandering through the enchanting nature park that is Gardens by the Bay, marveling at the world's most fascinating animals at the Singapore Zoo, and living it up in Clarke Quay when the sun goes down are among the best things to do in Spring.

Summer is considered the high season with crowds of travellers coming from all over the world to experience the very best Singapore has to offer. The weather plays a huge part in encouraging people to visit this remarkable destination as summer is the driest month with rainfall and thunderstorms extremely unlikely. However, while the rain may have stopped, the temperatures are just high (sitting at around 30°C-34°C) so you need to make sure you're being sun smart if you plan on spending time outdoors. Due to the dry, sunny skies, exploring natural attractions such as the Singapore Botanic Gardens (as well as the National Orchid Garden) and outdoor entertainment venues such as Universal Studios Singapore should be at the top of your activity list but always make sure you're properly hydrated and slathered in sunscreen.

Best for: Formula One, festivals, and eating at rooftop restaurants

Autumn in Singapore sees the return of the rain, especially in the later months of the season, and with increased rainfall comes rising humidity levels that some travellers may find uncomfortable. Foggy mornings also make a comeback but again, tend to clear up later in the afternoon with temperatures remaining steady at a high 30°C+.

But there's still plenty of fun to be had in Autumn with one of the country's biggest events taking place in September: the Formula One Singapore Grand Prix. During this time, racing fans flood the city and the atmosphere around the circuit in Marina Bay becomes electric. One of the other positives about travelling to Singapore during the months of September (after the Grand Prix), October, or November is that there are fewer tourists around, meaning fewer crowds at popular attractions and lower accommodation prices. 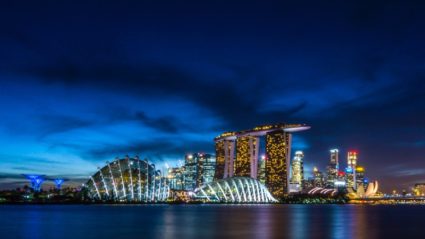 7 reasons to make your Singapore...

In Singapore, the sun is (almost) always shining, the food is cheap, the history... 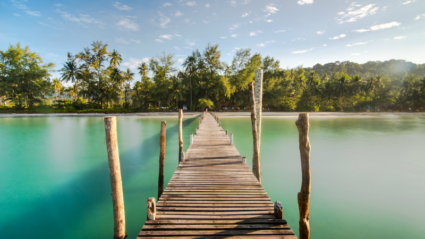 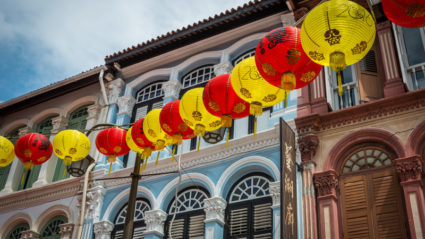 More than Marina Bay Sands: What to...

When I first went to Singapore, I was told by a fellow backpacker that there ‘wasn... 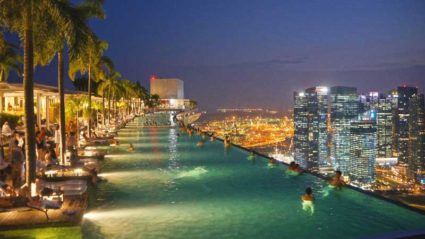 Surviving Singapore with my vegan...

No surprises - teenagers suck, but I look forward to travelling with mine again,... 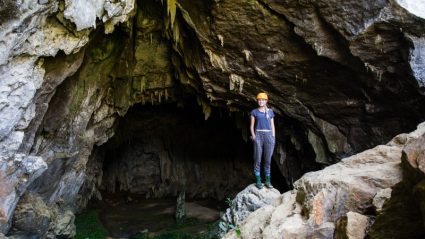 While most of South East Asia is suitable for solo female travellers, these are... 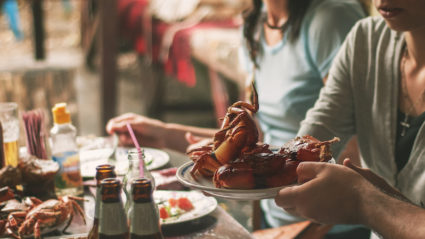 What to eat in Singapore: Chilli Crab...

With so much choice on offer, deciding what to eat in Singapore can feel like an... 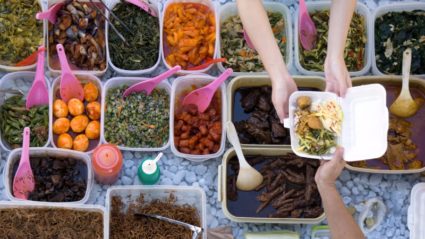 Hawker markets are iconic to Singapore for good reason. The food is good – and...