Home » What is modern slavery, and what can travellers do to tackle it?
Responsible Travel 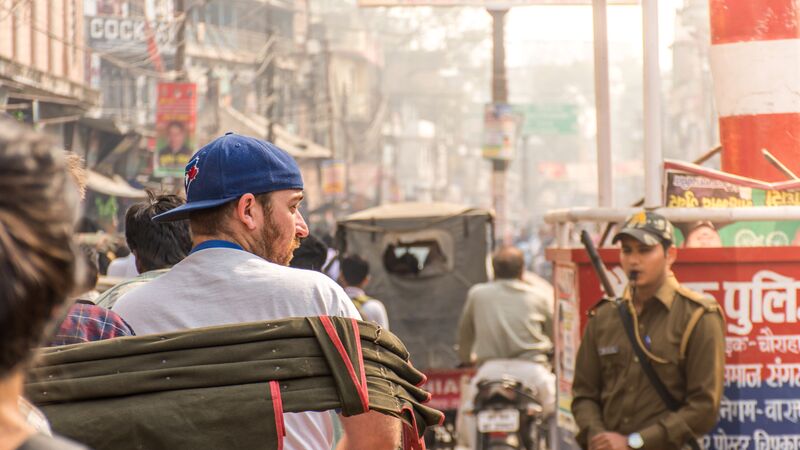 As huge chunks of society continue to strive towards a more ethical future, there’s a hell of a lot for travellers to think about too.

While climate activists are taking to the world’s streets to demand government action, companies (like Intrepid) are trying to take matters into their own hands. The Swedes have even just invented a word that might foreshadow the next big shift in sustainable travel – flygskam (flight shame).

And given the fact that tourism accounts for 8% of global carbon emissions, the time for travellers – and the travel industry – to take drastic action is right now. But truly sustainable, responsible travel doesn’t start and end with the environment. It has a human face, too. One that’s all too easy to overlook.

See, there are more people living in slavery today than at any other time in human history. Modern slavery comes in many forms: domestic servitude, forced labour, forced marriage, child marriage, or any other situation in which an individual is forced to work through violence or coercion.

Of the 40.3 million living in slavery in 2018, some 24.9 million were subject to forced labour. The most obvious and well-documented example for travellers to be wary of is the proliferation of orphanages, particularly in Southeast Asia, but goods or services compromised by forced labour can pop up in other areas too – including in massage parlours, nail salons, farms, hotel chains, and even private residences.

“We still need more research on the links between tourism and modern slavery, but there are definitely ways for travellers to avoid it,” says Liz Manning, Intrepid Group’s Responsible Business Manager. “It’s that whole idea of shopping at social enterprises, visiting local markets where you know you’re buying directly from the producer, going to smaller-scale restaurants, and trying to stay in smaller-scale, locally-owned accommodation. Small isn’t always better, but it’s a good place to start.”

Being aware and taking appropriate precautions when you travel is one thing. But what about when you get home?

A traveller might visit India for a couple of weeks and do everything they possibly can to support local communities and give back – but what if that traveller then comes home and unknowingly fills their wardrobe full of clothes made by a company that uses Indian slave labour in its supply chain? Where does that leave them?

It’s highly unlikely any traveller could walk into a factory that visibly uses forced labour and buy an item of clothing in good faith – so why should our actions be any different at home? Does our responsibility to the people who welcome us into their countries cease as soon as we clear customs?

“Ultimately, we want our travellers to feel connected to the destinations they’re visiting and like they’re having a tangible impact,” says Manning. “So the hope is that when they’re done travelling with us, they’ll look at ways to translate the things they learned or saw to the choices they’re making at home. You can adopt the small, locally-made mindset at home just as easily as you do when you travel.”

Shopping for a fairer world 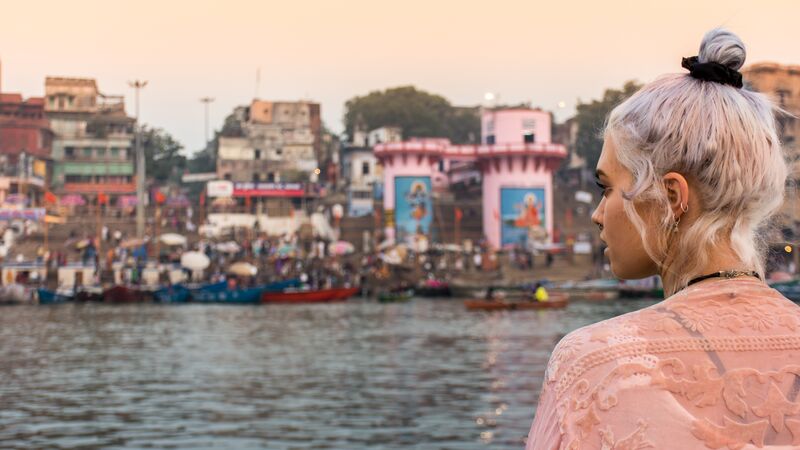 You might also be surprised to learn that, as a consumer, it’s borderline impossible for you to go shopping for groceries, clothes or tech without buying stuff that has been touched, at some point, by modern-day slaves. “It’s quite confronting when we think about the bigger picture,” says Jo Pride, CEO of Hagar Australia, an organisation that rescues and rehabilitates survivors of modern slavery. “A big proportion of modern slavery is labour slavery, which helps produce the products we all use every day.”

In a given year, the United States imports some $144 billion products at risk of modern slavery in their supply chain. The United Kingdom clocks $18 billion, Canada comes in at $15 billion and Australia imports $12 billion.

The top three most at-risk products are tech (laptops, computers and mobile phones), clothing, and fish. “There are boys as young as 13 out there on Thai fishing vessels,” says Pride. “They might not set foot on land for a whole year. People can very easily be thrown overboard for not doing what they’re told – that’s certainly happened in the past.”

How can you help?

Given the ‘behind close doors’ nature of modern slavery, it’s difficult to assess whether or not the situation is getting better or worse. Pride says some of their estimates have been increasing, but that may just be down to sharpened research and analysis in the way they measure the issue.

Whatever the data shows, the anecdotal evidence is harrowing enough. “These people suffer a real loss of trust in human beings generally,” says Pride. “Anxiety, depression, self-harm, suicide – just a loss of hope. Many of these people have had their agency completed stripped from them – even the children.”

Action at home can take many forms. The first step is as simple as teaching yourself to become a more conscious consumer. Look at the products you’re buying, and ask yourself if you really know where they came from. Shop locally, and shop small.

For clothing, Australia’s Ethical Fashion Guide gives brands an A+ to F rating based on their commitment to rooting out slavery in their supply chains, protecting workers, and reducing their environmental impact.

Traveller staples such as Icebreaker (A+), Kathmandu (A) and Patagonia (A) make for guilt-free purchases, with even the likes of adidas (A), Reebok (A) and Zara (A) turning in top marks. In fact, from luggage to lip balm and almost every travel essential you can think of, there are ethical alternatives.

Sites like The Good Trade and Ethical Consumer can help point you in the right direction and, if you want your favourite brands or companies to take more action on the issue of modern slavery, you can always send them a sternly-worded email.

By doing all of this, and supporting the work of organisations such as ReThink Orphanages, you’ll be helping bring about an end to modern slavery for good. “You might not ever see the full impact of your changes,” says Pride, “but the impact of even one healed and empowered life can go on to touch so many others. You can make such a profound difference.”

Intrepid Travel is actively working to tackle the issue of orphanage tourism and is one of few Australian travel companies with a modern slavery statement. Read the statement and find out more about it here.