The Tulum Ruins: a Mexican family holiday with ancient Mayans 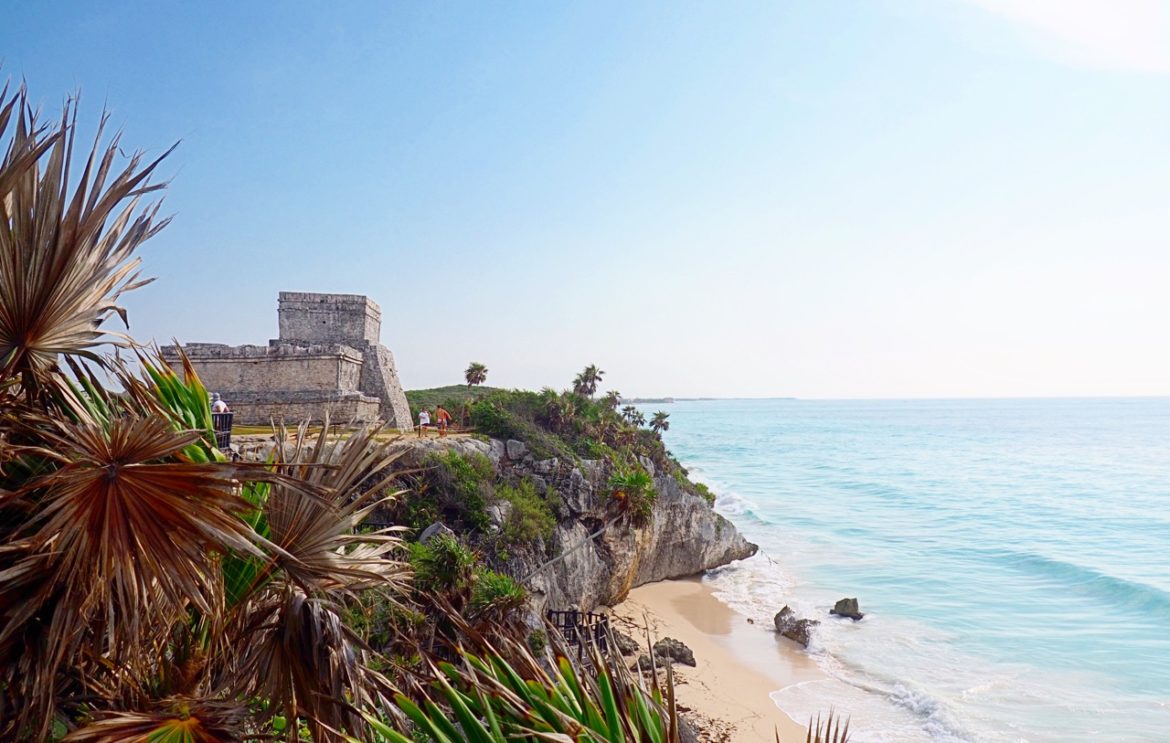 Forget about dull and dusty. With ancient Mayan gods and a spectacular setting, the whole family will get a kick out of the enchanting Tulum Ruins.

When it comes to enjoying your time together as a clan, taking the whole unit away for a week or two on an exotic shore is the ideal of family bliss. After all, the family that plays together, stays together. But if there isn’t enough to keep all ages and stages interested, a family holiday can leave parents far from relaxed. Choosing a destination with the right mix is the key to creating a treasure trove of happy tribe memories. Which is why Intrepid’s Mexico Family Holiday ends in the little Caribbean town of Tulum, in the state of Quintana Roo.

Set on the devastatingly gorgeous Riviera Maya on the Yucatán Peninsula, Tulum is just a two-hour drive from Cancun, yet feels miles away from the city’s huge resorts and raucous holiday makers. Tulum has all the laid-back vibes of a beachside village but there’s so much to do and see for those after more than lounging on the beach. Alongside all the paradisiacal sun, sea, and sand you’d expect from coastal Mexico, there’s utterly unique natural attractions in the form of cenotes and lagoons, a lip-smackingly good dining scene to sink your teeth into, and most excitingly, adventures among the ancient Tulum Ruins that won’t fail to capture the imagination of budding explorers.

READ: ALL YOU CORN EAT: OUR GUIDE TO THE BEST MEXICAN STREET FOODS 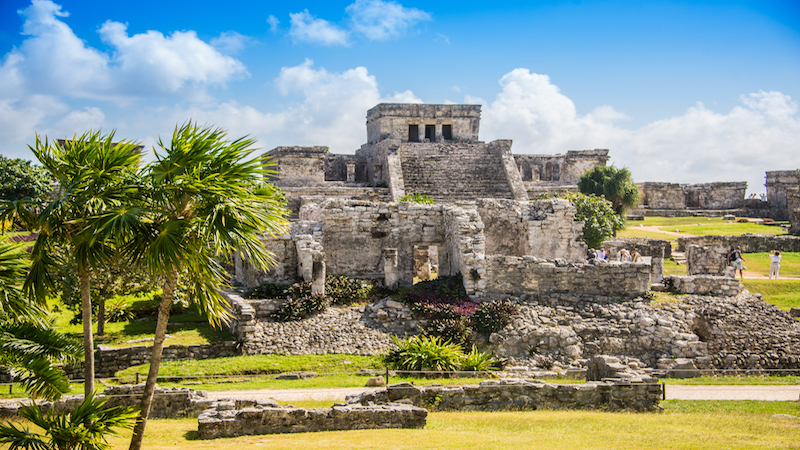 History and children aren’t usually a match made in heaven, but if you throw in animalistic ancient Mayan gods, stone temples straight out of an Indiana Jones movie, and the mystery surrounding the site’s eventual abandonment, you’ll have everyone’s attention for an hour at least.

Which, luckily enough, turns out is all you really need to explore the Tulum Ruins if little legs get tired. You could, of course, spend much longer gambolling around these fascinating ruins, and during my visit in November a group of youngsters were so absolutely spell-bound by the site’s sunbathing iguanas that they had to be forcibly removed by their parents. At first glance, these basking reptiles are so still they could be made from stone, but if you watch long enough you’ll see them dart between sunny spots with impressive speed.

Getting to the Tulum Ruins: sunrise cycle

Tulum’s ancient name was ‘Zama’ or ‘City of Dawn’ and sure enough the ruins face the rising sun to incredible effect at daybreak. Catching the sunrise probably isn’t wholly realistic with kids in tow, but it is a good idea to visit the ruins as early in the morning as possible to avoid crowds and the heat of the middle of the day.

Renting bikes and cycling is a really enjoyable way to reach the ruins. The road from the hotel zone is flat and smooth, with a bike path along most of the route. It’s easily handled by children who are comfortable on bikes and it should only take between 15 and 30 minutes (depending on where you’re staying).

READ: A GUIDE TO MÉRIDA, MEXICO’S MOST UNDERRATED CITY 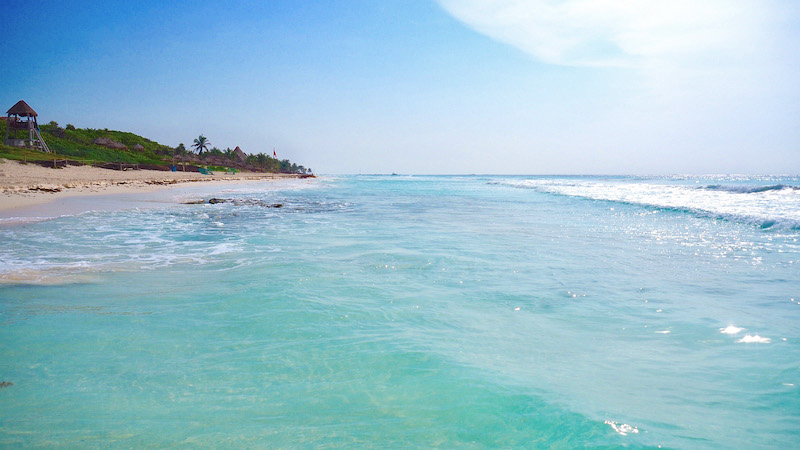 Once you arrive, the choice is yours whether to join a tour or explore independently as there’s plenty of information available and the site is very easy to navigate. Whichever you choose, you’ll discover that the Tulum ruins are the remnants of a stronghold constructed to protect a wealthy seaport that traded obsidian and jade (as well as altogether less glitzy commodities such as salt and corn) with places as far away as Guatemala and Honduras. The highest site in the complex is El Castillo; it functioned as a primitive lighthouse with carefully positioned torches that guided canoes through a safe gap in the coral reef.

Tulum’s builders had remarkable knowledge of astronomy. One of the site’s most important buildings is the Temple of the Descending God, which was constructed in alignment with the planet Venus and the sun. During the spring equinox, the sun shines in through a narrow window and illuminates the interior in a spectacular show of reverence to the heavens above.

The Temple of Frescoes was also built with the celestial sphere in mind and it’s thought it served as an early observatory. Tulum reached peak importance between the 13th and 15th centuries AD but, by the end of the 16th century, it, like the other Mayan cities, had been abandoned. Scholars today can only speculate that its fall was related to the instability and disease brought by the newly arrived Spanish conquistadors.

Finish with a dip 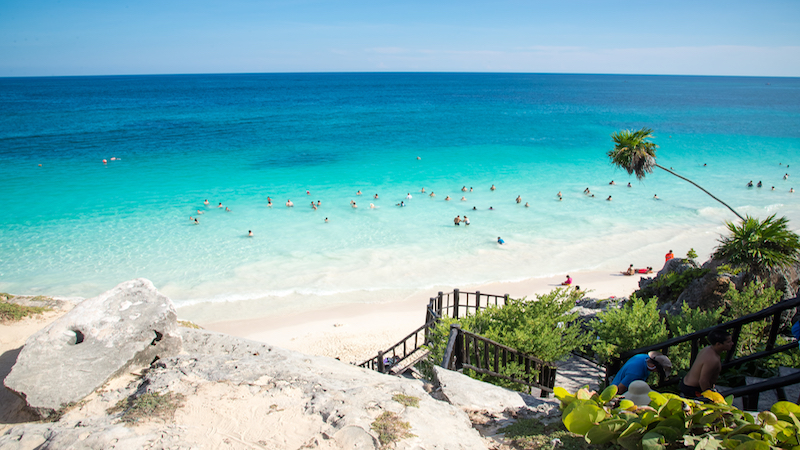 Set on a 12-metre cliff overlooking an impossibly blue Caribbean Sea and a white sand beach fringed with swaying palms, the Mayans couldn’t have chosen a more picturesque location for their stone-walled citadel. The little beach below is accessible directly from the ruins and is selfie heaven for teenagers (or anyone with an Instagram account). Pack your swimwear and have a splash before you cycle back to the hotel for the perfect way to end a dusty but delightful temple tour.

Ready to take the brood to Tulum? Do it the easy way on an Intrepid Mexico Family Holiday. 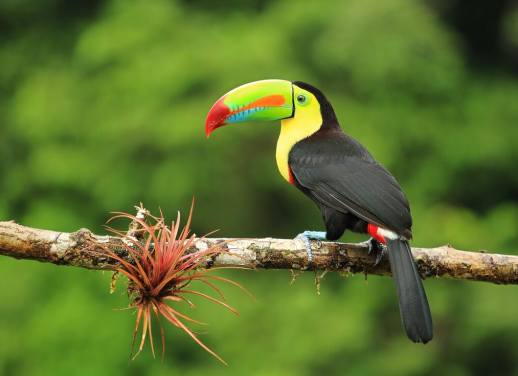 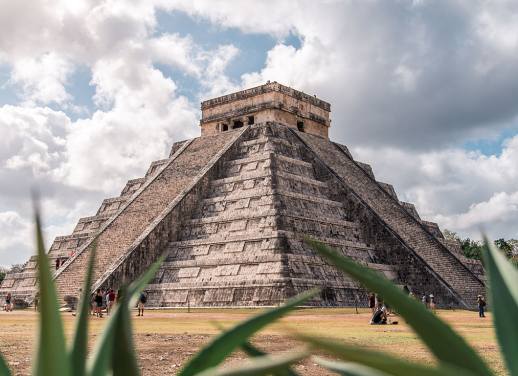 I’m Irish and I was raised between two small cities, Dublin and Brussels. I made a break for bigger skies after university, setting down for a few years first in Barcelona and then in London and Melbourne, with a handful of stops in-between. I escape often and I’ll admit, I am a holiday nerd and love a good bit of trip planning.