Home » What to expect in a traditional Japanese ryokan
Features

What to expect in a traditional Japanese ryokan 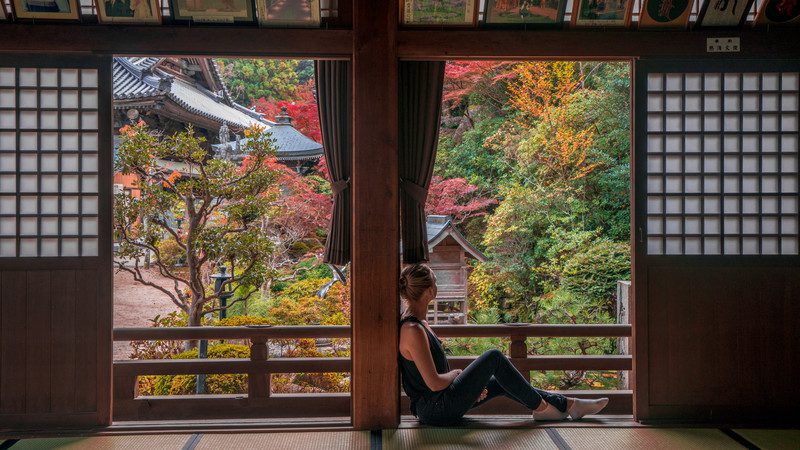 I booked a spot on Intrepid’s 12-day Classic Japan comfort trip for that all-important word: comfort.

I’ve done my time camping and bunking down in hostels, but I’m too old for that now.  The idea of comfortable hotels, air conditioning (August can be very hot in Japan) and a nice breakfast sounded exactly like the trip I wanted. I was sold!

After pulling myself away from reading the fun stuff, like what we’d be eating and how we’d be getting around, I focussed on the nitty gritty stuff, like where we’d be staying.  Hang on, what’s a ryokan? 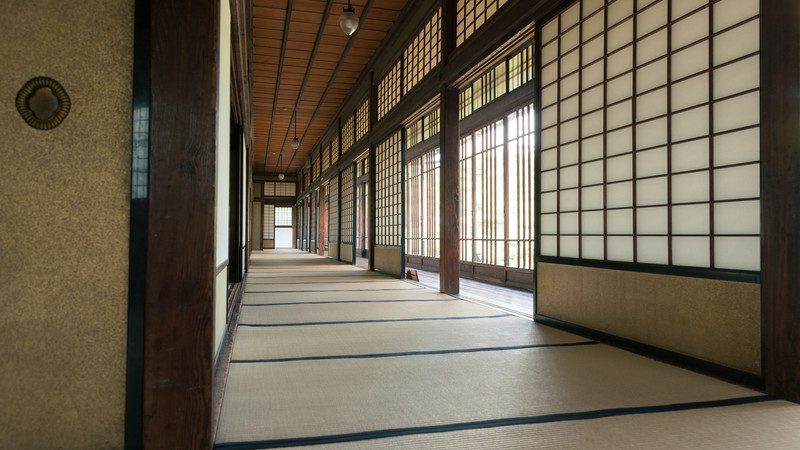 The trip notes describe ryokans as Japanese-style inns that involve sleeping on futons or mattresses on tatami mat floors, with bedding often packed away during the day. Attached bathrooms/toilets will usually be very small, and many ryokans will have additional shared bathing facilities with certain hours. Your trip leader will explain etiquette involved in using the shared facilities.

RELATED: EVERYTHING YOU NEED TO KNOW ABOUT ETIQUETTE IN JAPAN

Sleeping on the floor? Shared facilities?  This sounded a lot like camping to me.  But the itinerary was perfect, so I took the plunge, and made the booking.

Intrepid’s Classic Japan adventure actually had two ryokan stays on its itinerary: one in the mountain town of Koya-san in a Buddhist temple inn, and one in the Tsumago area.

It took four trains, a funicular railway, and a bus to get from Kyoto to Koya-san, so we arrived hot and slightly travel weary. But what a beautiful place.  We were welcomed by a monk who spoke good English and he explained how things worked; there would be communal meals in the dining room, set times to use the onsen (shared bathing facilities, using water from a hot spring that are very popular in Japan), curfew was 9pm and everyone was expected to attend the morning services at 6.30am the next morning.

EXPLORE JAPAN NOW ON A SMALL GROUP ADVENTURE WITH INTREPID 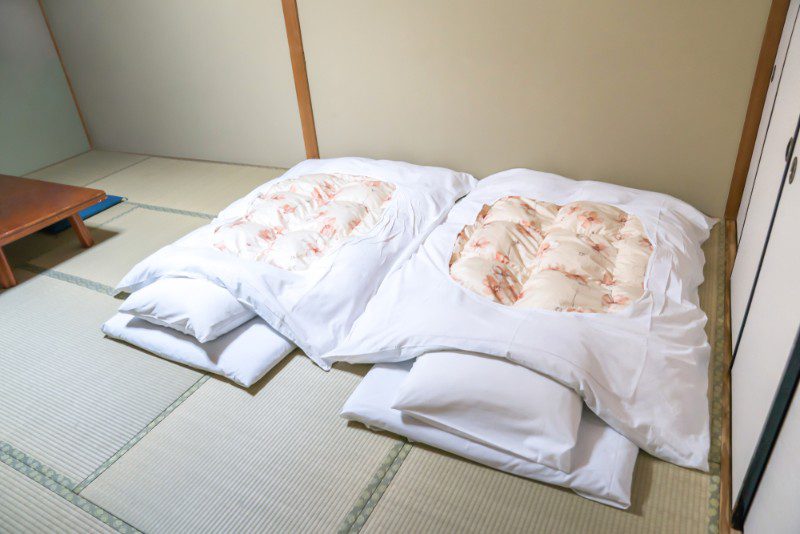 We spent the afternoon exploring the stunning town of Koya-san, and returned to the temple for dinner.  And what a meal; it was possibly the most visually stunning meal I have ever had.  Consisting of two trays containing small portions of about 14 or so different dishes and accompaniments.  All vegetarian, of course, but everything was delicious (and the sake was very nice too).  While we ate, our rooms were made up for bed.  Two futon mattresses were rolled out on the floor with doonas and small pillows, and a small fan was placed in the corner to keep us cool during the night.  The mattress was comfortable enough (but the pillow was a bit lumpy).

RELATED: WHAT TO EXPECT ON A REAL FOOD ADVENTURE AROUND JAPAN

The morning service consisted of devotions in two different areas of the temple, and I felt very privileged to be allowed to watch.  The second part – the fire ceremony – was quite dramatic, with the head priest building a tower of small pieces of wood, pouring oil on it and setting it alight, all while being accompanied by a young monk on a drum, chanting throughout.  It was mesmerising.

So. One ryokan down, one to go.  With a couple of comfortable nights at a hotel in Hiroshima in between, I was ready to tackle our next sleeping adventure. 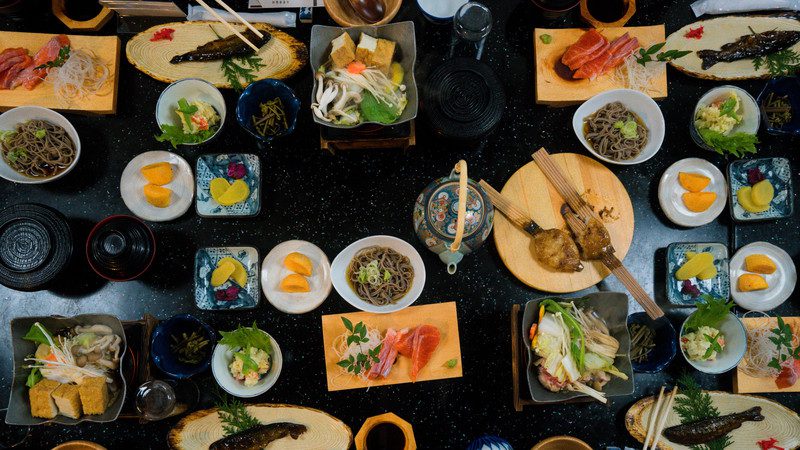 The ryokan near the historic town of Tsumago was family run, and I spotted at least three generations involved in its running.  The room set up was very similar to the temple inn, with shared toilets and shower facilities available in various places, as well as an onsen (if getting naked in company is your thing).  The air conditioning was a very nice surprise.  Again, we were treated to a beautiful meal in a communal dining hall, and by the time we finished, our rooms were made up for the night.  Sleep came easier this night, but I think this had more to do with the AC than anything else.

I haven’t changed my mind about being too old for camping, but both of these stays were highlights of the trip.  It offered a glimpse into ancient practices, mixed with great hospitality, amazing food and a chance to meet Japanese people where they live and work.  The bathroom facilities were clean, well equipped and surprisingly modern, the beds comfortable enough for a few nights, and the surroundings were well worth that tiny bit of discomfort to have the chance to explore. Don’t be afraid: if ryokan, you can too.

Immerse yourself in the best of Japan on a small group adventure with Intrepid. Start browsing our tours now!

I have worked in the travel industry for 23 years and with Intrepid for the last 8.5 years. I’m based in Melbourne, Australia. My most life-changing travel experience (other than Antarctica) was 15 weeks on the back of an overland truck from Kathmandu to London in 1990. I lived and worked in Scotland for 15 years and call Glasgow my second home. When not working, travelling or mothering, I like to see live bands and often have to fit travel in around concert dates (Dave Grohl comes before everything!).

I’m happy you were able to stay in Koya-san. Before we made the Shikoku pilgrimage, my son and I stayed there and as is the custom, visited the mausoleum of Kobo Daishi to ask for his blessing on your journey. We returned a couple of years later and stayed at the Ekoin, a wonderful temple. Recently, we walked the Nakasendo path and stayed in Tusmago. My son lives in Gifu, and I visit Japan for a month or two every year. One year, we stayed in a very luxurious ryokan in Nikko, only because my son had dated the daughter of the owner. It was a perfect weekend. (I took an Intrepid tour of southern India a couple of years ago and I’m saddened at the flooding and destruction that’s taking place in Kerala.)