Home » 8 awesome experiences you MUST have in Argentina
Guides

8 awesome experiences you MUST have in Argentina 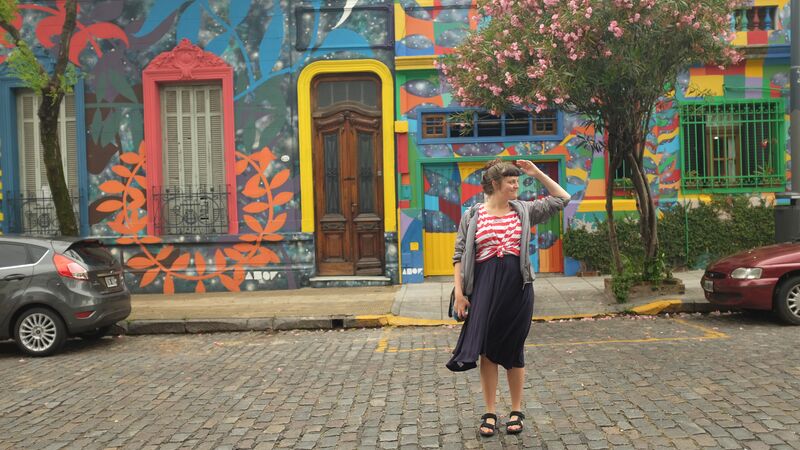 Argentina is an adventurous country with a strong sense of identity, and a diverse landscape with terrain at both ends of the extreme. No matter what kind of traveller you are – foodie, wine-lover, hiker, nature enthusiast, or culturist – Argentina has something for everyone.

When preparing for a trip to Argentina, there’s a definitive hitlist you ought to have a crack at completing in order to experience the country as a whole. As a guide, here are eight things you should definitely put in the Mandatory half of the trip ledger.

1. Have a steak in Buenos Aires 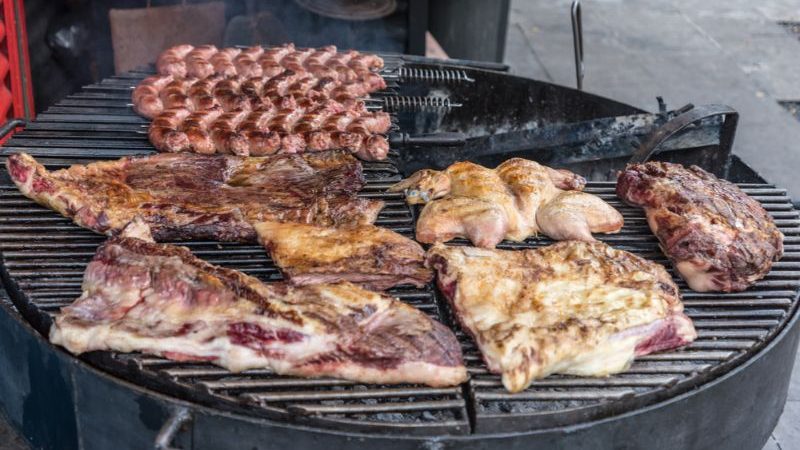 Buenos Aires mean ‘Good Airs’ in English, and it’s fair to say that anything in the air is good and anything good is in Argentina. Take the world-famous steaks that the country is known for; nobody goes to Buenos Aires and doesn’t eat a steak (unless you’re vegetarian). If you’re a carnivore on the hunt for a memorable experience, then look no further than La Cabrera restaurant, the traditional steakhouse notorious for being booked out weeks in advance (so make a reservation).

RELATED: WHAT TO EAT IN ARGENTINA (THAT ISN’T STEAK)

Start with a couple of Argentinean classics to get yourself acquainted with the cuisine, like empanadas de carne (juicy beef pastries) and chorizo (crispy sausages), before getting tucked into the succulent dry aged beef. This is paired with a local red wine (usually Malbec) to ensure that your first Argentinean dining experience is absolutely top of the hill. Not many travellers outside of the Americas are familiar with this red wine, but its fruity, smoky flavour (think raspberry and plum, with hints of cocoa and pepper) comes courtesy of one of the world’s most famous wine regions – Mendoza.

CHECK OUT OUR FULL RANGE OF ADVENTURES TO ARGENTINA HERE

2. Learn about all things wine in Mendoza 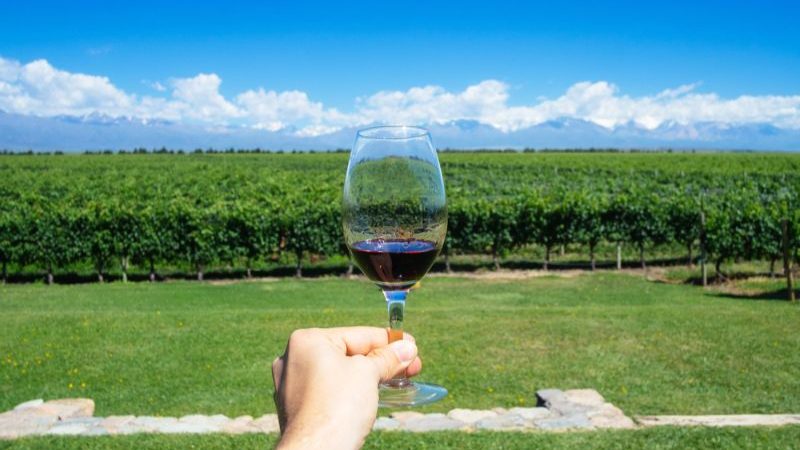 Head out to rural Mendoza for a lesson on grape harvesting, processing, and wine tastings to the backdrop of the Andes and a serene countryside. It’s the perfect getaway from the city and will allow you to rub shoulders with locals who are intensely passionate about the country’s greatest export.

RELATED: THE WINING AND DINING GUIDE TO MENDOZA

3. Dance the tango in La Boca 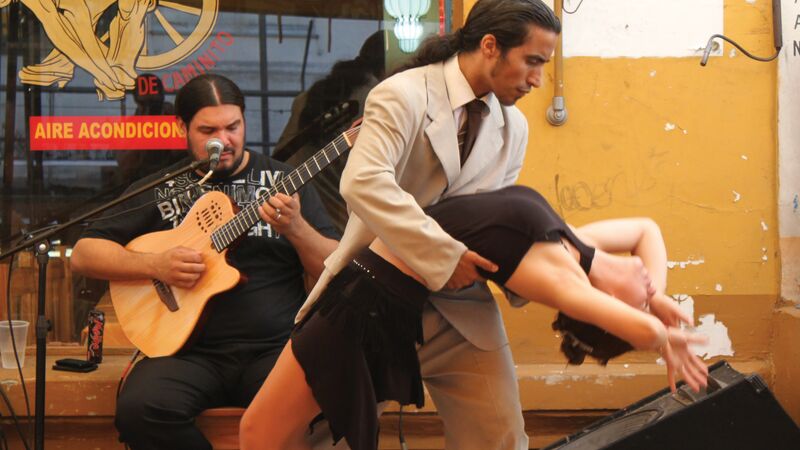 After a certain number of steaks and bottles of wine, it’s time to burn off a few calories. And what better way to do it than to learn how to tango?

Head down to the colourful neighbourhood of La Boca, whose history is entwined with the classic dance. Formed in the mid-1800s, La Boca was a poor neighbourhood whose residents enjoyed dancing the tango in the streets as a way of passing the time. Originally viewed by higher-class Argentineans as a lowly recreation, it won over the masses and is today a dance form consisting of high energy, twisting moves and a flowing symbiosis between dancing duos. Lessons from tango experts are available and are not to be missed if you want to experience the home of one of the world’s most famous dances.

RELATED: WHAT TO EXPECT IN ARGENTINA’S LA BOCA BARRIO 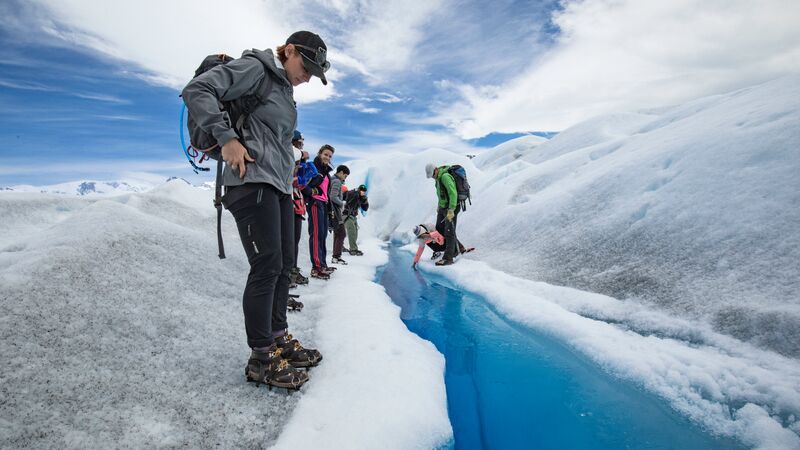 If you’re coming all the way to Argentina, you should definitely head south to Patagonia, strap on your crampons, and start crunching your way over the ice, as slathers break off thunderously into the sub-zero waters below. Standing 70 metres tall in the middle of Lake Argentino, the glacier boasts a surface area of around 250 square kilometres, with plenty of paths and catwalks for exploring. Ice tunnels, snowy hills, and electric-blue crevasses make up a winter wonderland that you won’t soon forget.

INTERESTED IN TAKING A HIKE? CHECK OUT OUR TRIPS TO PERITO MORENO GLACIER NOW

Whether you’re on the Argentinean or the Brazilian side, Iguazu Falls offers a Jurassic vista characterised by level-stacked shrubs and booming waterfalls that collect into a deep pool of water, before mistily cascading out of sight down another waterfall. As the largest waterfall system in the world, it has been declared as one of the New Seven Wonders of Nature and sits atop the bucket list of many-a-traveller.

RELATED: ARGENTINA VS BRAZIL: WHICH SIDE OF THE IGUAZU FALLS SHOULD YOU TRAVEL TO?

It’s hard to comprehend just how small you are in comparison to such a naturally powerful force, which is both exhilarating and humbling at the same time. The falls are actually a series of cataracts; there are over 270 falls in all, with some reaching up to 80 metres in height. If you’ve got the cash to splash, consider an optional helicopter ride over the falls.

The Guaraní community has an ancient history filled with storytelling, mythology, art, and tribal groups organised by dialect. Forays into indigenous communities can be difficult at best (and impossible at worse), but Intrepid’s local connections allow visitors to experience life in these communities up close. 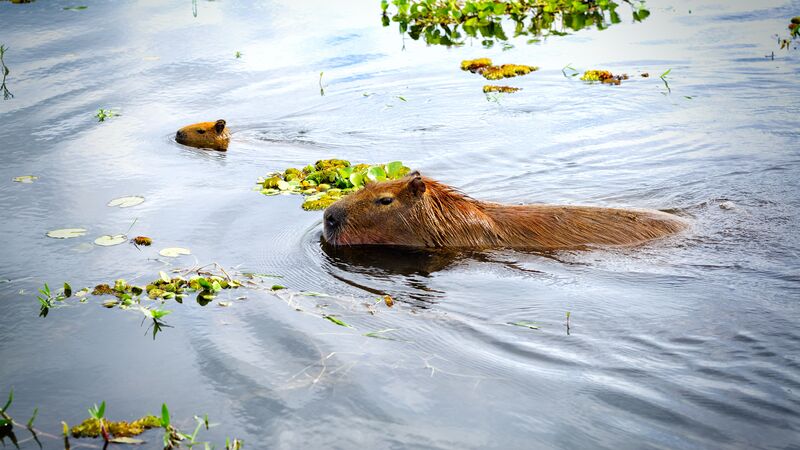 Head to the Ibera Wetlands in Argentina’s north for your chance to spot the world’s largest rodent, aka the resplendent capybara. Capybaras tend to live in herds of up to 20, and are typically found along waterways, so the wetlands are an ideal place to spot them. When you’re in the park, keep your eyes peeled for otters, deer, alligators and howler monkeys too.

CAPYBARA LOVERS SHOULD VISIT THE IBERA WETLANDS IMMEDIATELY. CHECK OUT OUR RANGE OF ADVENTURES HERE 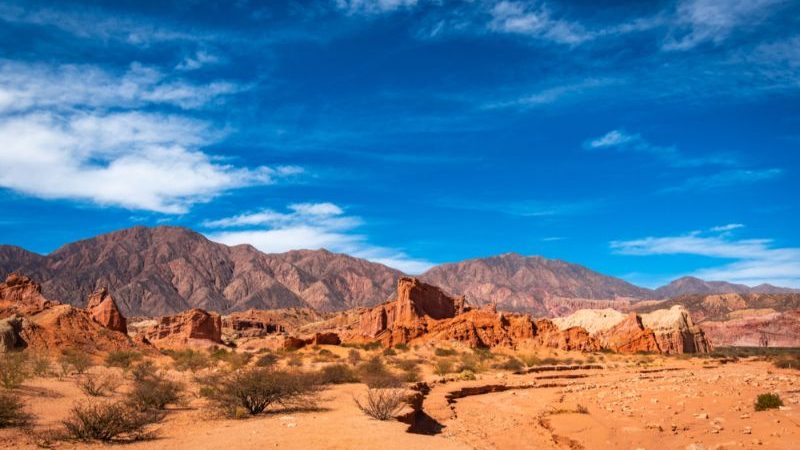 Located in the northern rural regions of the country, but a stone’s throw from Bolivia, Salta is a quaint town with chic bars and a surprisingly happening dining scene, given how far it is from Buenos Aires. When you’re not having an espresso at Bixi Coffee House, or watching the world go by with a cold Quilmes, take a cable car over Salta for some truly panoramic views of the Lerma Valley. Peaking at 300 metres above the ground, the cable car gives you a bird’s-eye view of one of Argentina’s most beautiful towns that’s encased in crimson mountains and desolate stretches.

There is so much diversity to this massive stretch of country, and there’s an adventure for every kind of traveller. Check out our full range of small group tours in Argentina now. 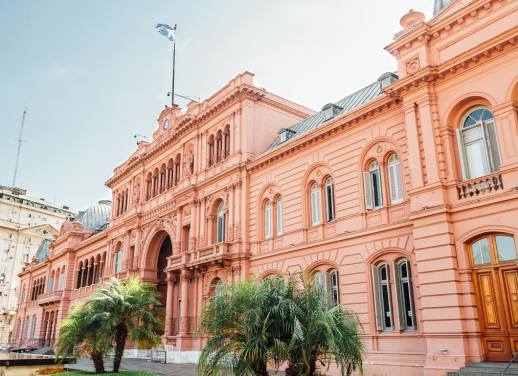 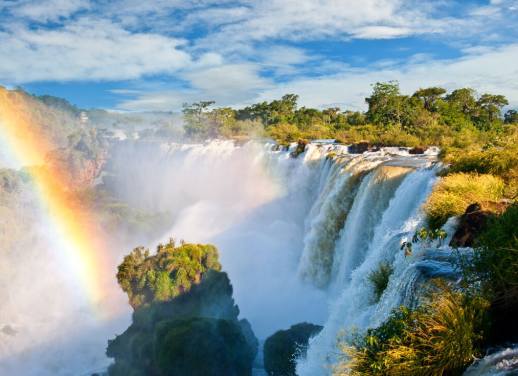