Your ultimate guide to Melbourne, Australia 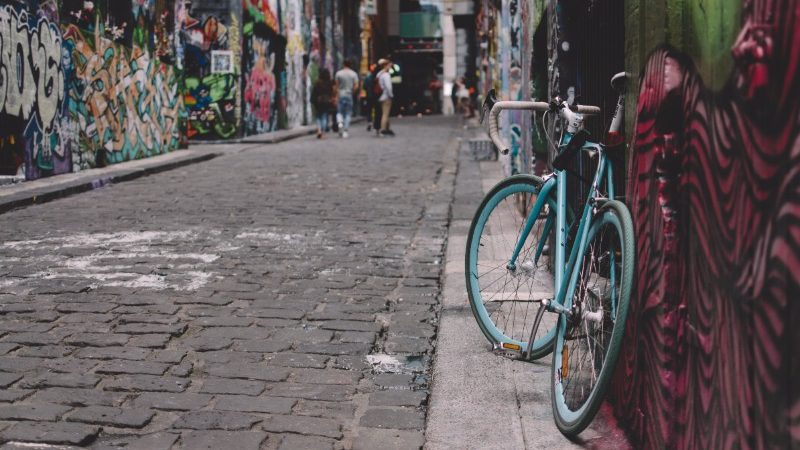 When you tell someone you’re visiting Melbourne and are after some insider tips, the most common things you’re likely to hear are “oooh, make sure you explore Melbourne’s famous graffiti laneways” and “ahhh, you HAVE to get a latte in Hardware Lane” and “the pizza and pasta on Lygon Street are soooo authentic”.

These are all fine enough tips, but there is SO much more to the World’s Most Liveable City (seventh year in a row, guys!) than what we’re stereotypically ‘famous’ for.

So please, join me as we walk (and catch a tram or two) around Melbourne. 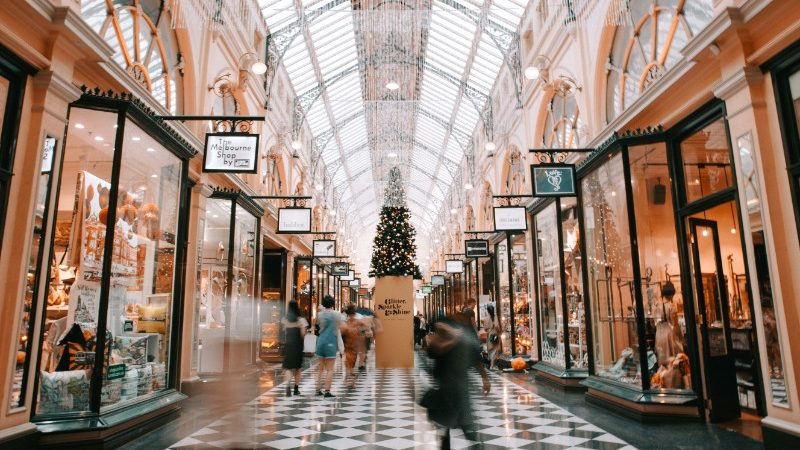 You can easily spend a day (more, actually) wandering around the city. The bulk of the shopping/cheap eats stuff is concentrated in the Russell to Elizabeth/Collins to La Trobe block, but wander further afield and you’ll hit cute boutiques, tucked-away cafes, and sprawling parks and gardens.

Mosey south along Flinders Street to Federation Square, where you can visit ACMI for an arthouse film or exhibition, or cross the Yarra River and hit up the NGV or MPavilion for talks, meetups and music. Wander the other way for the State Library (its magnificent reading room is not to be missed) or the iconic City Baths.

Melbourne city is FULL of great places to eat and drink. Chinatown, which takes up two city blocks on Little Bourke Street (between Swanston and Exhibition streets), is great for – yep – Chinese, while Swanston Street boasts many cheap and cheerful Vietnamese, Thai and Malaysian spots. You’ll find bars and pubs just about everywhere you look – down alleys, on rooftops, inside shipping containers… you get the idea. 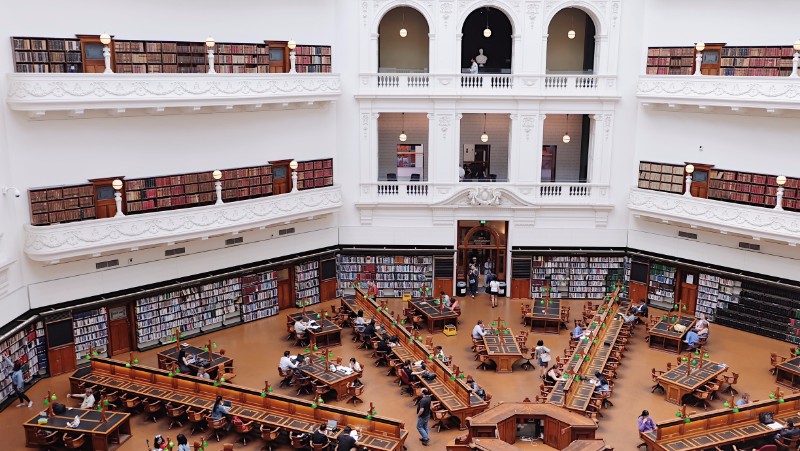 The impressive reading room at the State Library. Photo by Geraldine Lewa on Unsplash

Unfortunately (or fortunately for some) many of Melbourne’s best restaurants don’t take bookings in advance, so be prepared to line up (or eat much earlier – or much later – than you may be used to) if you want to hit up somewhere a bit special. That said, it’s not hard to find an eatery to suit your noshing needs in Melbourne’s CBD (at the time of writing, there were around 1,600 restaurants and cafes in the city alone). Check out Broadsheet or The Urban List for suggestions, or try one of our favourites: 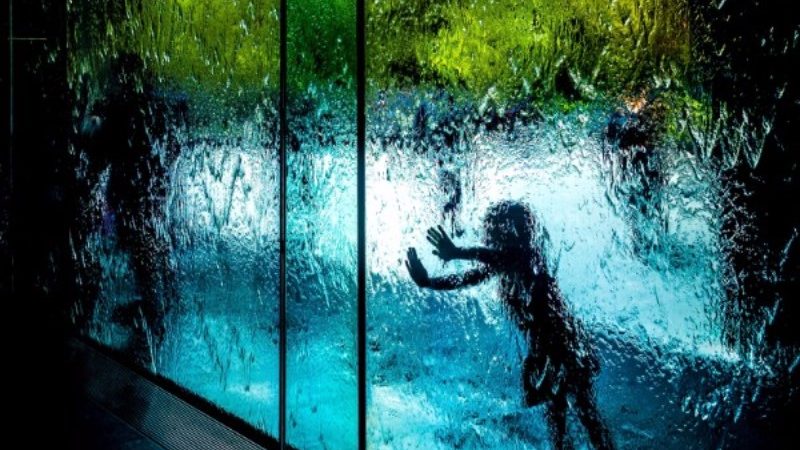 The water wall at the NGV. Photo by Mike Wilson on Unsplash

Jump on the 11 or 86 tram (or walk) to Fitzroy and Collingwood. Brunswick Street used to be the boho centre of all things alternative, but has seen better days. There are still some good cafes and restaurants along the strip (Vegie Bar, Mario’s and newcomer Mukka), but a lot of what made Fitzroy ‘edgy’ has been scrubbed away, painted over, and re-graffitied (on commission). It’s definitely worth a visit, but spend more of your time wandering on Smith and Gertrude streets – filled with galleries, boutiques, cafes and bars – and in Fitzroy’s back streets (if you’re a croissant lover, DEFINITELY get a pastry from Lune Croissanterie on Rose Street).

Also worth a visit: 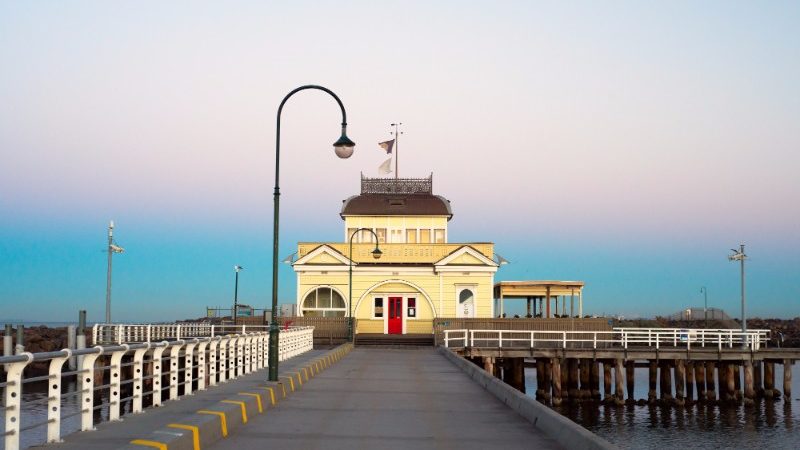 The 96 tram will take you to the heart of St Kilda, via the South Melbourne Market – make a pit stop there on Wednesday, Friday or weekends to grab a couple of dim sims, or throw back fresh shucked oysters and sea urchins at the main counter at Aptus Seafood. St Kilda has loads of great spots to eat and drink – the West Beach Bathers Pavilion, a former nude beach, is a great spot to watch the sunset (or a beach volleyball match) over a burger and a cold beer. Pull up a stool at the Nelson (serving up rum, rum and more rum), the Vineyard (a converted boat house with great wines) or 29th Apartment (boasting buffalo wings and giant Jenga sets). At dusk, head down to the St Kilda pier and watch the fairy penguins hopping along the rocks (please don’t take photos with a flash or shine torches at them – it damages their eyes).

Also worth a visit: 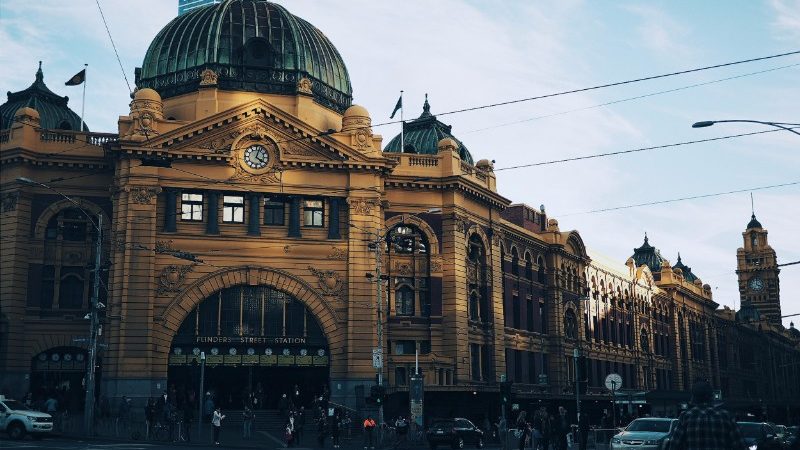 The easiest way to get around in Melbourne is by tram, train or on foot. Trams in the CBD are free (as long as you’re in the Free Tram Zone, marked at the tram stop), but you’ll need a Myki card to travel further afield. You can grab one from most convenience stores for about $6; top it up with enough cash to get you around ($20 should be enough for a couple of days). On trams, touch your Myki on the card reader in the door when you get on (no need to touch off); on trains, you’ll need to touch on AND touch off at the station. There’s also a free tourist tram that runs around the perimeter of the city that provides an audio history on various points of interest.

Ready to take on Melbourne? Explore Victoria’s capital before (or after) an Intrepid Australia adventure. 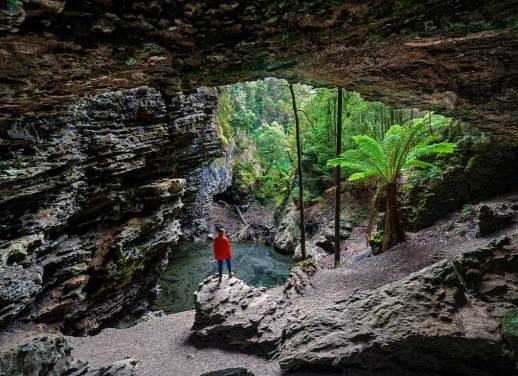 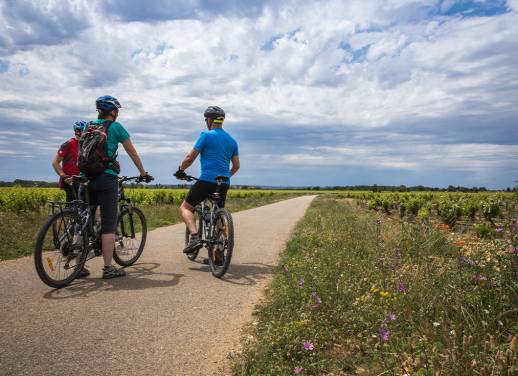 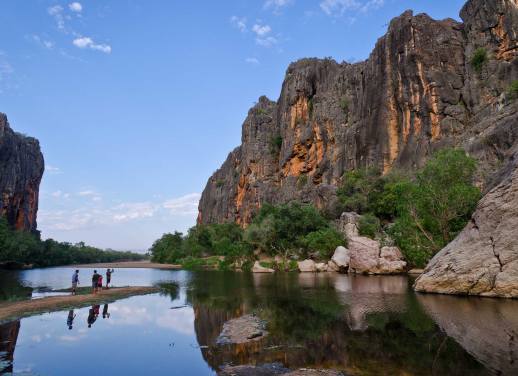 Great blog! Thanks for sharing informative and helpful content about Melbourne.

Thanks for sharing this great information! It is very useful for me.

Hi Emily, this is Dean Harries of Manchester, England. This is a pretty snazzy guide to Melbourne and I can vouch for everything you write. Great guide. The only thing I think that’s missing is your detailed guide to Melbourne’s underground dumpling scene. Tasty lunch dumps are probably your thing… in fact, I know they are. Anyways, loved the article and it made me miss you and your city even more. Big love!

Thanks Dean Harries of Manchester! Melbourne and its dumplings miss you – we do too!!