Home » Japan in one week: The ultimate guide
Guides

Japan in one week: The ultimate guide 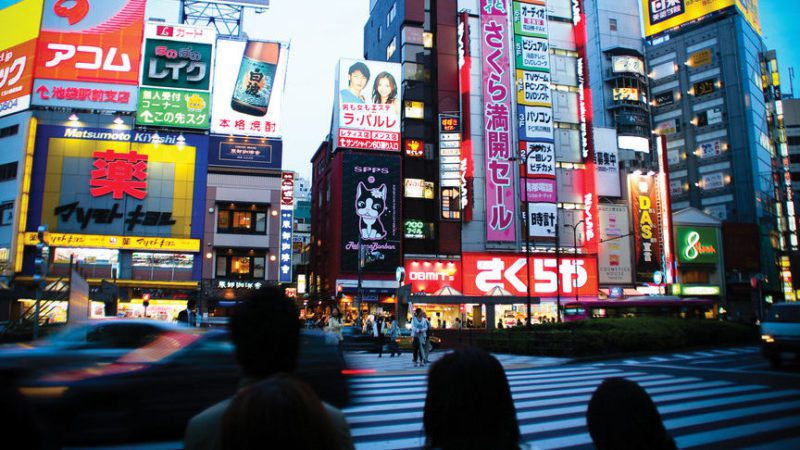 NOTE: This article was inspired by our 7-day Japan Highlights trip.

From sacred traditions to futuristic technologies, present-day Japan is unique in its ability to combine old and new.

Where else can you find ninth-century temples and robot restaurants in the same neighborhood?  Often portrayed as the ultimate symbol of the Far East, the island nation is a smorgasbord of sights, sounds, smells, and sensory delights.

It can be an overwhelming experience to explore it, but it’s obviously an unmissable one. And even if you can’t spend as long there as you’d like, the charm and beauty of Japanese culture will stay with you – especially if you do it right. Welcome to the start of our seven-day journey through the Land of the Rising Sun… 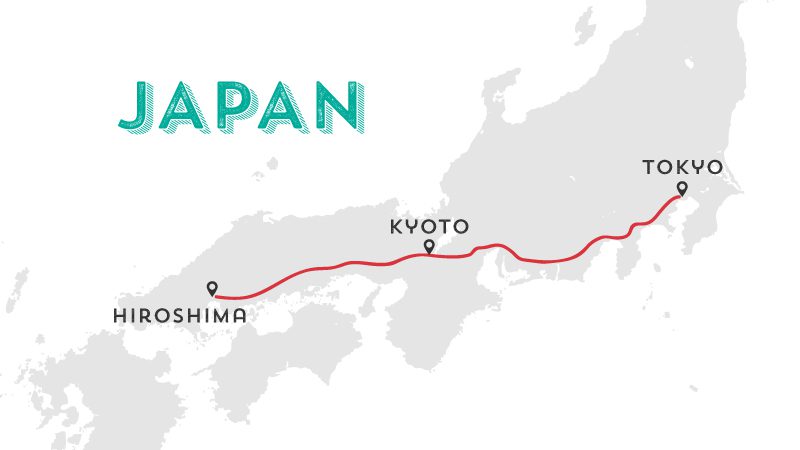 Start your trip with a bang by taking in Tokyo’s energy at its highest. Love or hate Lost in Translation, you’ll likely recognize the iconic Shibuya Crossing from the movie that made Tokyo even more famous than it already was. Take in the vibe of the busiest intersection in the world then stroll down Center Gai, the main street of Shibuya district lined with izakayas, karaoke bars, pachinko arcades, and every kind of store you could ever crave.

Follow up with a visit to Shinjuku’s infamous Memory Lane – also known by its grittier name, Piss Alley. What used to be a thriving black marketplace for liquor in the 1940s is now a local hotspot and a thriving foodie haven buzzing with an Old Tokyo vibe. Play it safe with the tempura skewers, 400 yen bowls of ramen and yakitori, or dare to try a shot of snake liquor or some frog sashimi. As a very loose and general rule, the sketchier a stall looks, the better the fare will taste.

With a full stomach, skip over to Harajuku, a haven for Japanese youth culture. If you’re inclined to wildly unique pieces of clothing, a visit to Dog Vintage (one of Lady Gaga’s favorites) is in order. If you’re not a shopper, people watching here is like nothing else in the world. Take some photo stickers aka kawaii purikura on Takeshita Street, snack on fried ice cream at Zaku-Zaku, and by the end of the day you might have learned the difference between goth, lolita and gyaru street fashion. 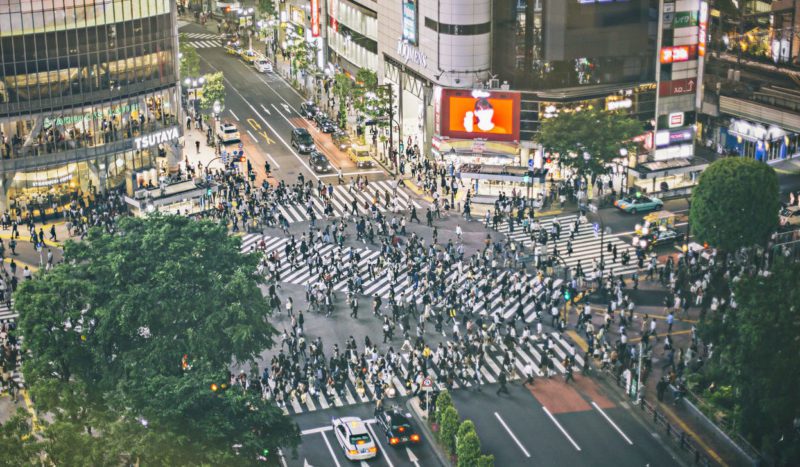 Wake up bright and early, because today is the day to conquer the absolute best and freshest sushi in the world. This is no exaggeration, as the Tsukiji Fish Market has been famous for their tuna auctions for over 20 generations.

If you’re up for the challenge, you can catch the auction itself between the hours of 3am to 6am – but for those who are more interested in tasting the catch itself, head to Sushi Dai. Open at 5am, expect a five hour wait for the eight-seater, which serves only the day’s best catches. This means that the menu changes day by day depending on what the fisherman brought in, and each piece of nigiri is presented to you at the booth one by one, accompanied by an explanation and instruction of how to consume it. The seafood is so fragrant and buttery and the sushi chefs so delightful that your early morning woes will all be worth it. 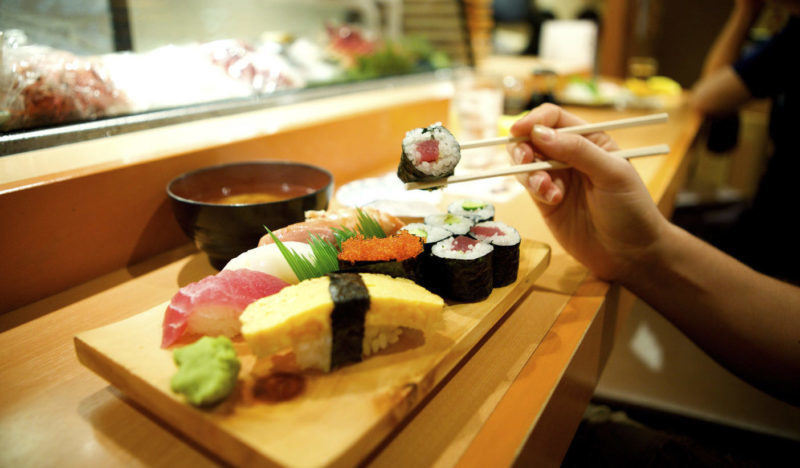 Food coma? Take a nap, or kick back and relax – you have a big night ahead. When it comes to music, jazz clubs might not be your first association with Tokyo – but the art form has a long history of admiration from the Japanese, most famously exemplified by Haruki Murakami’s popular novels. Cotton Club has hosted some of the jazz greats of this century such as Duke Ellington, as well as regular local talent. Sit back and sip on a Japanese whisky or sparkling sake as the tunes take you into the night.

An hour outside of Tokyo, the retro-cool Ramen Museum in nearby Shinyokohama is the best of two worlds: food and history. Nowhere near a ‘museum’ in the traditional sense, the two-story ‘food amusement park’ is actually a conglomerate of ramen restaurants serving the dish in different Japanese styles. More so than the food itself, the scenography is an attraction for its spot-on imitation of 1950s Tokyo (painted blue sky and vintage photo booths included).

Then it’s time to bring back childhood memories in a big way by racing through the city. Although recently handed a lawsuit by Nintendo, MarioCar’s “real life super go-karting” is, hands-down, the best way to tour the streets. Dress up as Mario, Yoshi or Princess Peach with their rentable outfits and follow a guide as you drive around Tokyo Tower, Roppongi and Rainbow Bridge. Unfortunately, speeds allowed don’t top 40 mph, but just think of the photo ops. 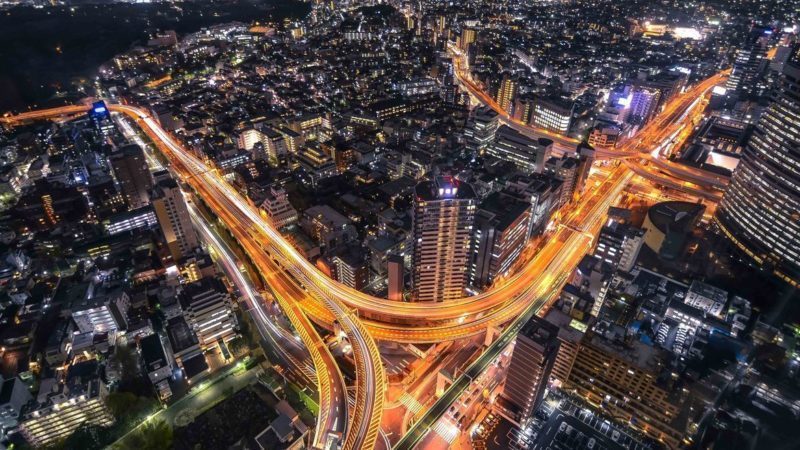 Time for a different vibe, a change of pace. Serving as the capital city of Japan for a thousand years, Kyoto is synonymous with beautiful traditional architecture and temples of significance. With over 1600 shrines and inarii gates, it’d be a wild quest to explore all of them. Luckily, three of the most famous are very close to each other.

Rent a bike and pedal from Kiyamizu-dera (famous for its views during cherry blossom season) to Sanjusangendo (home of 1000 stunning gold statues), and finish your day off at the iconic Fushimi Inarii Taisha with its rows of orange gates. The diversity of all three guarantees that you won’t get bored of temple hopping anytime soon.

Make up for all that exercise by pigging out on okonomiyaki at Okonomiyaki Jumbo Honjin. Tucked away in a quieter residential area, this mom-and-pop style eatery is popular with locals, and as soon as you step in you’ll see why. The huge savory ‘pancake’ is made by grilling your customized ingredients right on the table, toppings are added, and the dish is then shared and eaten straight off the table where it was cooked.

RELATED: WHY TRAIN TRAVEL IS THE ONE EXPERIENCE YOU WON’T WANT TO MISS IN JAPAN

There are many, many cat cafes in Japan but Nekokaigi Cat Cafe is likely the best one. It’s obvious as soon as you enter the door that the owner really loves his cats, as he demonstrates each kitty’s favorite toy or massage. Each one even has their own dedicated bio on the website. Can’t top that.

Then head down to Nishiki Market, a 700-year-old hub of street food stalls hawking baby octopus and soy donuts, among other novelties. Just five blocks long, the 150 vendors are guaranteed to satisfy your hunger and your curiosity, with both traditional and strange foods. A few stores sell non-edibles as well, including Aritsugu, one of Japan’s finest and oldest knife-making shops.

If you’re dreaming of the picturesque Japan of ages-past, head to the geisha village of Gion. Here traditional tea houses and kabuki theatres reign supreme, and catching sight of a real geisha or maiko-in-training on the streets is a big deal. This is also the ultimate area to shop for traditional woodblock prints, paper fans and Japanese fabrics with their intricate floral patterns. Stop by the Yasui Kompira-gu shrine to admire the paper-covered ‘wish stone’ and catch a traditional theatre show at Minamiza Theatre. To taste the fine side of Kyoto, stop by Izuju Sushi in Gion. Different from the rest of Japan due to its distance from the sea, traditional Kyoto-style sushi incorporates a lot more cured fish, thicker sea kelp and proportionally more rice than styles found in other cities. The box sushi here is also unique, and Izuju has been practicing their craft for 100 years since the war – so you know you’re getting the most authentic foodie experience there is.

The city of Hiroshima is bound to invoke some historical references whenever you hear the name. Known for the tragic events of WWII, it’s also a rebuilt wonder known for its culinary traditions. A visit to Hiroshima Castle is a must, as is the sobering A-Dome and Peace Memorial Museum. The items preserved here – burnt pieces of clothing, shoes, and children’s lunchboxes – are poignant and touching.

You can also find many locals going for a stroll along the peaceful Aioi River across the A-Dome and spend the afternoon sitting on its banks. 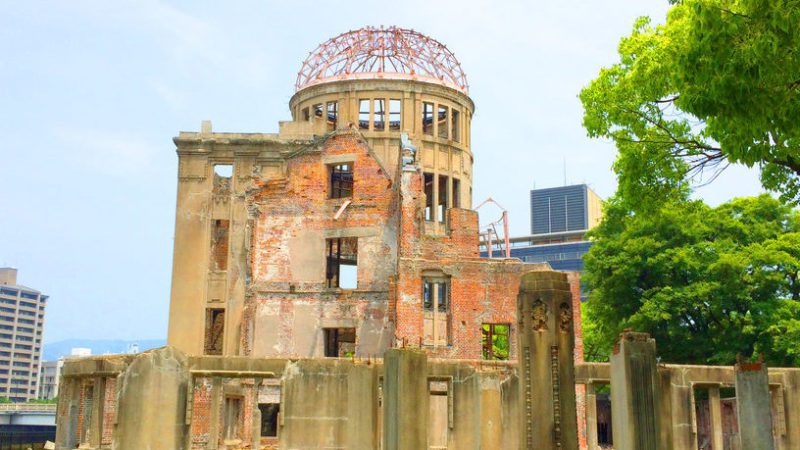 When it comes to food, three items stand out in Hiroshima: oysters, sake, and okonomiyaki. An outstanding spot to try the first on the list is Ekohiiki, a quaint restaurant in Hondori district. Options at this hidden gem include a seven course offering of Hiroshima-style oysters, served seven different ways: grilled, deep fried, pan fried, tempura, salted, sake boiled and steamed.

RELATED: YOUR COMPLETE GUIDE TO ONE DAY IN HIROSHIMA

For drinking, the Saijo district has eight prestigious sake breweries available for tastings, all concentrated on the historic Sakagura-dori street. Claiming to produce the world’s best rice liquor, this ‘sake town’ sits in a unique geographic location that provides the perfect water conditions for the craft. Each brewery actually has a well in front of its door that you are allowed to drink from.

End your day, and epic trip, with a ride home in a hiroden vintage streetcar, preserved since 1910.

Feeling tempted to book your very own short trip to Japan? Check out our 9-day Japan Express trip.

Hi,
What would you recommend for itinerary for a 7 day trip including Tokyo, Kyoto and a great place to see the Mt Fuji, maybe even Nara if possible?

Hi there, this trip might be the best option for you unless you can stretch your time out a little longer? Let us know if you have any further questions! Thanks for reading. https://www.intrepidtravel.com/japan/japan-highlights-126288

Thanks for sharing all of this! I’m sure it’ll be helpful to people who are travelling to Japan for the first time! When I went to Japan for the first time, I know I was nervous when I first arrived, and I wish I had seen this guide before going! However, I did stumble upon a really nice company called Japango-they basically set you up with a Japanese local ‘friend-guide’ to show you some of the things most tourists would miss on their own. It’s nice because you don’t ever have to worry about getting lost because they’ll show you the way! The tour that I did was one to the world famous Tsukiji Fish Market. Everyone knows Japan is famous for sushi, but to be able to see the fish market in action and enjoy a taste of some of the best fish in all of Japan? INCREDIBLE! Not only that, they also helped us cook our own tempura using things we bought at the market! So fun! I recommend it to all my friends, so check it out if you’re interested. (their English site is japango-em2.com)