Home » “Our host opened her home and heart to us.” Why you should start every trip with a day tour
Stories

“Our host opened her home and heart to us.” Why you should start every trip with a day tour 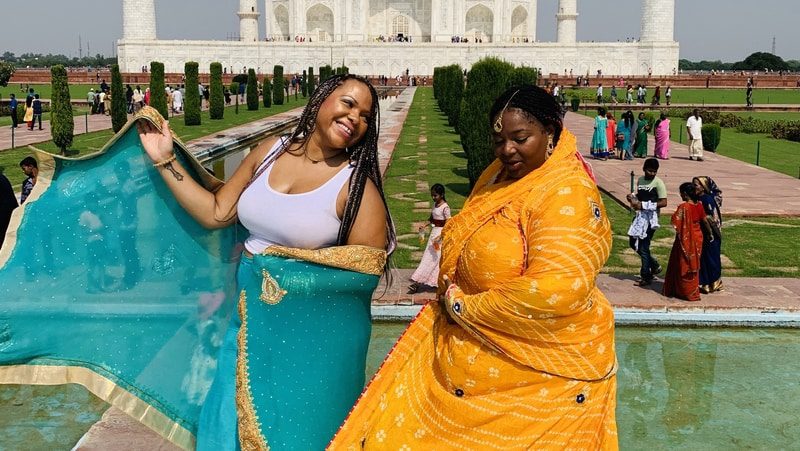 Before travel blogger Annette Richmond (@fromannettewithlove) joined her India group tour, she booked something special: an Intrepid Urban Adventures cooking class in Delhi. Here’s why flying into your destination a few days early and breaking the ice with a day tour is the best way to kick-start your travels.

I’ve wanted to visit India for as long as I can remember. I envisioned taking photos in front of the Taj Mahal, seeing the colourful fashions up close, and tasting everything I could get my hands on. My college bestie and I had talked about taking a girls’ trip to India since we attended fashion school. Some 15 years later, we finally did it with Intrepid.

Jessie, my best friend for nearly 20 years now, decided to meet me in India after one of my long stints in Asia. I’d been working remotely for nearly a decade by this point, and Asia was always a fun place to bounce around. I’d usually start my travels in Thailand, then head to Bali, Malaysia, and end somewhere new. This time it was going to be India with Jessie.

I’m an avid solo traveller, and although I usually hire one, I’ve rarely felt like I needed a tour guide while travelling. However, after talking with friends who had travelled to India solo, I realised the trip might be more enjoyable if I could be led, rather than being the leader myself.

So Jessie and I decided to book the India’s Golden Triangle tour. Before it started, we wanted to explore and get some shopping done, so we flew in a few days early. That’s when we added an Urban Adventure – one of Intrepid’s dedicated city day tours.

Jessie and I met at the Delhi airport at night. There was a Subway in the food court, so we ordered sandwiches to take to the hotel, just in case we couldn’t find any restaurants. When we arrived for check-in it was pretty clear we were just friends. However, India is a conservative country, and opposite sexes are sometimes not allowed to stay in the same room unless they show proof of marriage (this is generally only in the rural areas, but keep it in mind when planning your trip to India). Exhausted from travel, we settled in, ate our sandwiches, and went to sleep.

The next morning we did a bit of shopping in Gandhi Nagar Market before meeting our Urban Adventures guide, Eshita, for our Private Delhi: Home Cooked Tour. Our driver dropped us off in a residential neighbourhood where we spotted Eshita in her bright red Urban Adventures t-shirt. She explained that our host had no prior connections with tourism, but in the last few years alone, she’s hosted nearly 2000 guests! She just loves it when travellers enjoy her cooking.

Our host opened her home and heart to us. Not only did she show us how to make chai tea and fried pakora (both delicious, by the way), she was kind enough to show us her altar and chat about her faith. After we finished our snacks, our host pulled out a folder and beckoned us to come closer.

Have you been to an authentic Indian wedding? I definitely haven’t, but it’s something that I’ve always wanted to experience. And although we didn’t actually attend a wedding, we got the next best thing. Our host opened up the photo album from her younger brother’s ceremony. It was stunning. There were pages filled with colourful photos, and others where pictures had been cut and arranged in intricate designs.

With the help of our guide, Eshita, we learned that our host’s brother had an arranged marriage; he and his bride hadn’t met before their wedding day. They both looked a bit nervous and scared as the wedding began. Our host explained some of the ceremonies that took place, and what the headpieces represented. In the end, it looked like a lovely celebration. A joining of two families.

After flipping through the pages of the wedding album, we came to my favourite part. Our host pulled out some of her sarees and showed us the easy way to wrap one. She let us select a saree and then wrapped us up. Then we had a dance party! She showed us a few dance moves that we could bust out if we ever attended an Indian wedding. It was the most surreal experience.

Soon the tour was coming to an end. Five hours flew by while we enjoyed our hosts’ cooking, stories, and dance moves. Eshita walked us to our car and we headed back to the city. Returning to our hotel, we then headed to a nearby rooftop restaurant for some dinner and hookah. It was the perfect way to end our day, and the solo portion of our girls’ trip.

The next morning we met up with our Intrepid tour group, and the adventure really began. Still, it was great to arrive a few days early. We could explore the city on our own, do a little shopping, and experience something we would never have found on our own. You also pick up little cultural tips on an Urban Adventure: for example, we learned that since most families in India live multi-generationally, there’s actually not a huge restaurant scene. Most locals eat at home.

Adding an Urban Adventure definitely enhanced the overall experience. Not only did we learn more about Indian cuisine and culture, but we were able to support a female-run family business. I can confidently say that Urban Adventures lived up to their tagline: I had the Best. Day. Ever. Actually, now I’ve started browsing, and I notice they’re offering an Online Delhi Experience: Vegetarian Indian Cooking Class. Maybe it’s time I take a little refresher course …

You can follow Annette’s adventures on Instagram. If you’re ready to book your own Intrepid day trip, check out Urban Adventures. 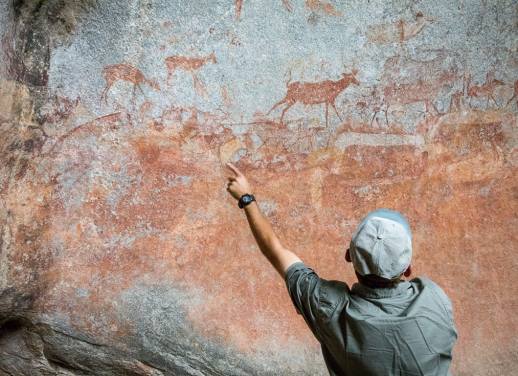 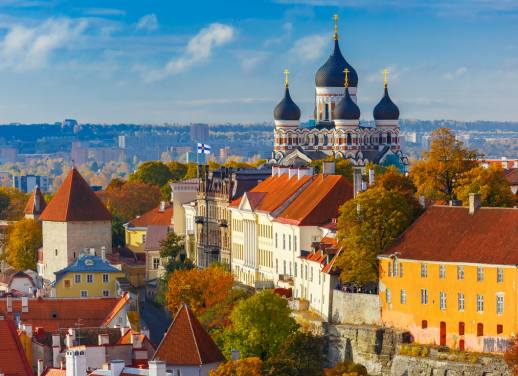 Annette Richmond is an award-winning content creator, writer and advocate. A globe-trotter and goal digger, Richmond is the creator of the body positive travel community Fat Girls Traveling and Fat Camp, as well as the Editor-in-Chief of Fat Girls Guide. The native Californian got her start in the fashion industry, has since visited 20 countries, and hopes to continue to inspire people of all sizes to see the world and be seen.