The magic of cycling in Tuscany (and exactly what to expect) 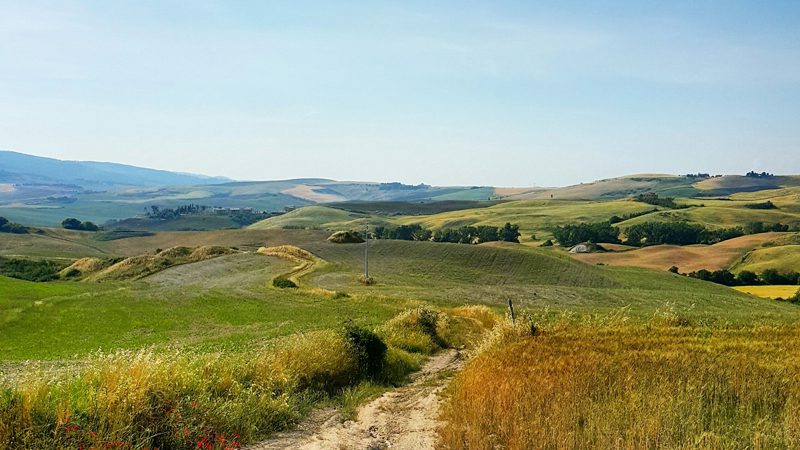 Bumping along a chalky track that snaked its way through the Tuscan countryside, I surveyed my surroundings from the saddle of my bike. Row upon row of vines, laden with purple fruit, stretched out on either side of me, soaking up the warm autumnal sun. Beneath a bright blue sky I pedalled through swathes of woodland, draped over hills bristling with wild boar and porcupines. Not bad, I thought. Not bad at all.

Wedged between Florence and Siena, Tuscany is famed for its vineyard-cloaked landscape. But it’s also a cyclist’s playground. It’s not for nothing that the Giro d’Italia, Italy’s annual road cycling race, passes through here. I had come to Chianti, a region of vineyards, cypresses, olives and ancient stone hamlets, to ride some of its trails, both on road and off. After touching down at Pisa airport and a quick but obligatory stop-off at the Leaning Tower, I made the two-hour drive east to Montebuoni, the ancient hamlet where I would be staying. As I approached, the hills rose ominously – a sign that I would be in for some challenging climbs during my trip.

Of course, if you’re going to be riding your bike, you need to fuel your body – and traditional Tuscan fare won’t disappoint. On my first evening, I headed into nearby Radda in Chianti, a walled medieval town with narrow alleys and a pretty square. As the sun set, I feasted on bruschetta drizzled with local olive oil, ribollita (a hearty soup made with bread and beans) and heaps of Ragu pasta. You can find these dishes on most menus in Tuscany – and there always seems to be great attention paid to freshness, provenance and preparation. 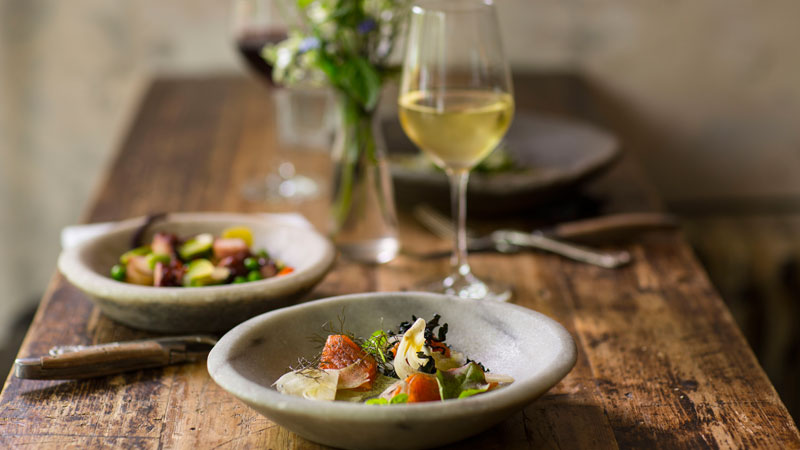 Then there’s the wine. Gone are the days when Chianti was seen as a cheap red wine in a straw basket. It’s now mostly bottled in standard, high-necked wine bottles, and you can visit the many wineries in the region. From my villa in Montebuoni, I made the ten-minute stroll to Casanuova di Ama, a family-run wine and olive-oil farm. Owner Daniella Bencini poured generous glasses of white Mattutino table wine, red Vespero made with the sangiovese grapes grown on the hills in front of us, and potent grappa. Laying out plates of prosciutto and pecorino, she let me into the secret of her big smile and laid-back attitude.

“In my family, the most important things to have on the table are good bread, good wine and extra virgin olive oil,” she said with a grin. “With that, life is good.”

SUBSCRIBE TO OUR NEWSLETTER FOR TRAVEL INSPO, GIVEAWAYS, STORIES & MORE

Sufficiently fuelled up, the following day I freewheeled my mountain bike to Lecchi in Chianti, a quaint village of stone houses with wooden shutters, where I met my guide Paolo. Within five minutes we had crossed a gate separating vineyards from woodland – the barrier is used to protect the grapes from hungry wild boar with a penchant for the fruit. Pedalling beneath a dappled canopy, I steered my metal steed around loose rocks and ruts, sweating on the way up and clamping at the brakes on the way down. 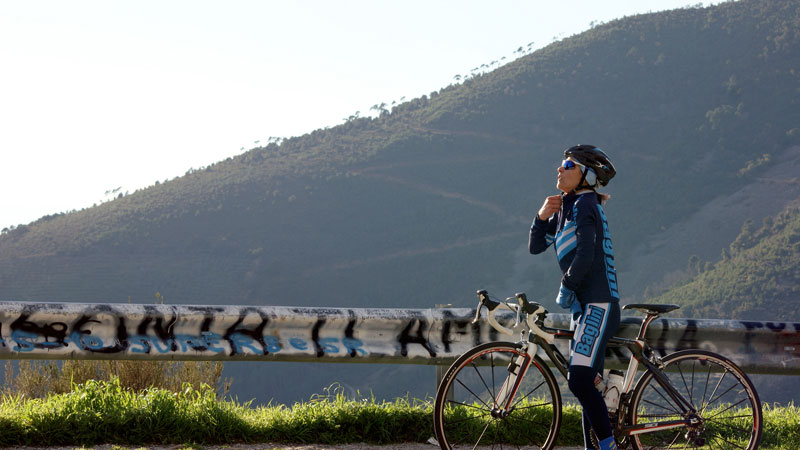 One of the greatest things about cycling in Tuscany is that there are plenty of excuses to pause for respite if you fancy setting a relaxed pace. Whether it’s taking a photo of the ever-changing scenery, pausing at a gelateria to sample homemade ice cream, or soaking up culture at a landmark, I found myself frequently giving in to the urge to roll to a halt. Passing through a landscape that has changed little in half a millennium, Paolo and I reached the birthplace of Chianti Classico, Castello di Brolio. This red bricked, turreted castle was the centrepiece of frequent tussles between the Florentines and Sienese and was used as a watchtower when the two cities were at war.

About an hour later, after some punishing uphill climbing and just when my legs couldn’t take another revolution on the tarmac, I found we had reached a medieval hamlet, Monti in Chianti. Here I refilled my water bottle at the fountain in the square, before wiping my brow and pushing on to Chianti Sculpture Park, where two oversized red and yellow peppers by Piero Giadrossi caught my eye. For the entire four-hour ride, there was barely any traffic – just a few tractors ferrying batches of freshly picked grapes to the numerous Chianti wineries 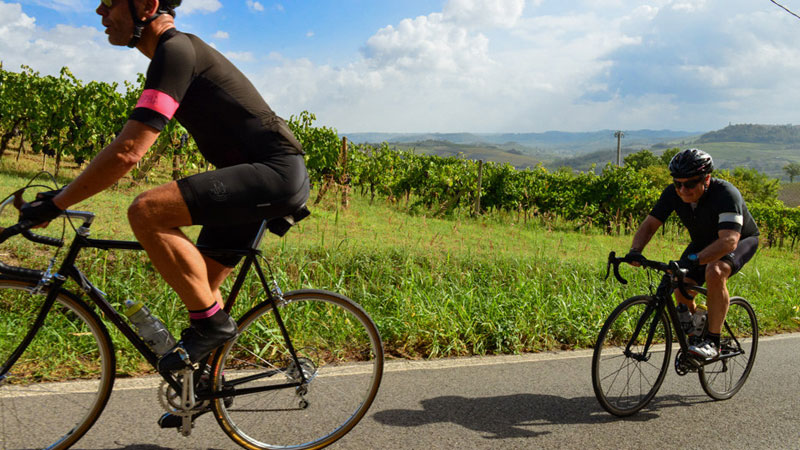 You can’t cycle in Tuscany without coming across one of its trademark features: strade bianche. Criss-crossing the hills and mountains, these white gravel roads survive today, largely thanks to a retro cycling event called L’Eroica. Started in 1997 in Gaiole in Chianti, the original intention was to help save these iconic roads from being replaced with asphalt. And it worked – now hundreds of kilometres of the bumpy, potholed tracks still exist.

6 CITIES IN ITALY TO VISIT BEFORE EVERYONE ELSE DOES
7 UNIQUE ITALIAN DISHES TO TRY, BY REGION

My trip coincided with L’Eroica, which is held every October, so I donned a woollen jersey, hired a vintage road bike and set off with thousands of other dressed-up riders. At times the surface was so rough that the Chianti hills became a blur of green as my eyeballs rattled around in my head. And I lost count of the number of riders on the side of the road changing tyres punctured by the uneven surface. The gravel was so steep and loose on some stretches that virtually all the riders tackled it on foot. But it didn’t matter. L’Eroica doesn’t bill itself as a race – and that’s partly because there are a handful of food and wine stops en route.

After one particularly gruelling ascent, I found myself sitting beneath a tree with another rider I’d just met, tucking into a generous bowl of ribollita and washing it down with a cup of Chianti. People who had previously been set on making good time stood around chatting and eating as the tune from an accordion player filled the air. The event seemed to sum up the spirit of cycling in Tuscany: good food and drink, beautiful scenery and a relaxed pace of life – no matter what speed you cycle at. Discover our top reasons to cycle in Tuscany.

Want to ride Tuscany for yourself? Check out our brand new cycling tour.

Written by Ellie Ross. Follow more of her adventures at ellieross.co.uk 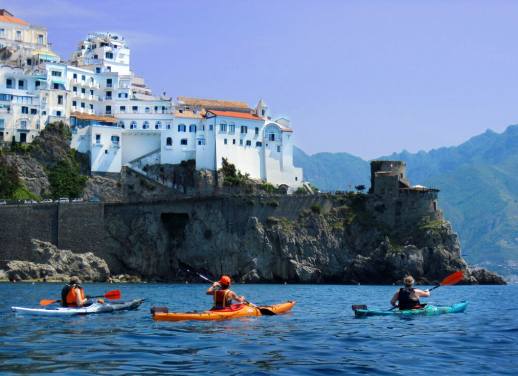