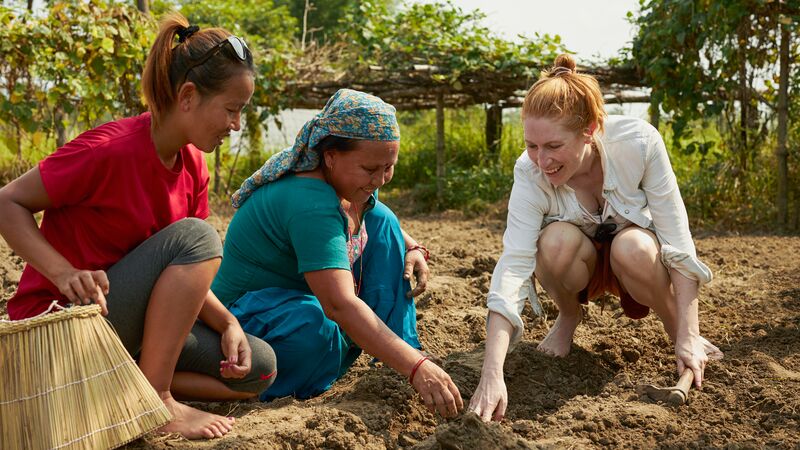 At first glance, there’s not much to see out here. Rice paddies, villages, a few roadside stands selling fruit and eggs. You certainly wouldn’t expect to find a tourism project; a village-run community of homestays and activities for international travellers. But that’s exactly what you’ll find at Madi Valley, in the southern buffer zone of Nepal’s Chitwan National Park.

Chitwan is one of Nepal’s biggest drawcards. Each year, thousands of travellers visit the park, drawn by the prospect of seeing elephants, wild rhinos, tigers and deer in the wild. The area is a biodiversity hotspot, home to around 700 species of wildlife, and one of the last places on earth where some of these species roam free.

However these animals can cause huge issues for people in the surrounding villages. In fact, human-wildlife conflict in the area is rife, and can have deadly consequences. Deer and wild boar getting into paddocks can destroy crops, which the local farmers are reliant on for food and income. Elephants wandering into villages can cause huge amounts of damage to crops and properties. And while encounters with tigers are rare, older cats have been known to kill livestock, seeing them as easy prey.

Shivadwar Village, a community in Madi Valley, experienced these issues for years. They saw no benefit from the boom in Nepal’s tourism, and job opportunities in the valley were limited. Some of the villagers ran simple homestays, but the quality of the properties was poor, and they struggled to market themselves to international guests. 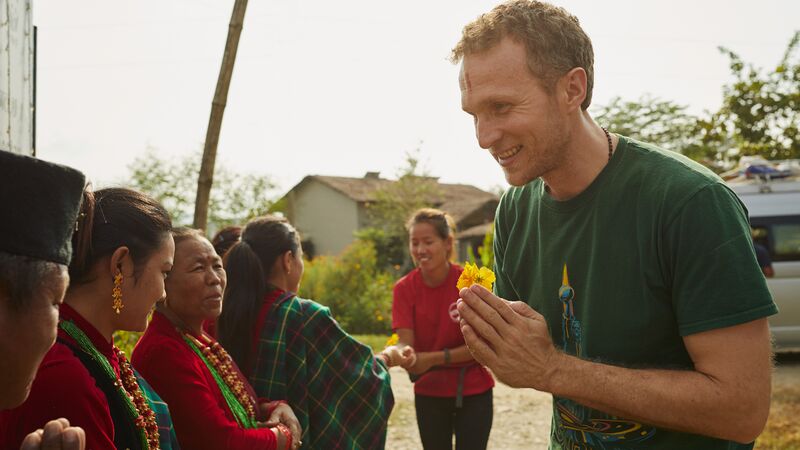 Travellers are welcomed into the village.

In 2015, the community reached out to Nepal’s World Wildlife Fund (WWF-Nepal) for help. They needed to figure out how to stop rogue wildlife entering the village, and to find ways to increase employment in the area. Many young men and women were leaving their families to find education and employment in Kathmandu, over six hours away, and overseas.

In 2017, WWF-Nepal teamed up with the Australian Department of Foreign Affairs and Trading (DFAT) to apply for funding through their Business Partnership Platform (BPP) and that’s where Intrepid stepped in: to develop a new community-based tourism project (CBT) in Shivadwar that would create jobs, generate income for families, and empower the locals, particularly women, economically, socially and personally. Intrepid committed to adding a night in Madi Valley to a selection of its Nepal itineraries, to bring in international travellers and income.

RELATED: I SPENT THE NIGHT IN A HUT IN THE NEPALESE JUNGLE. THIS IS WHAT IT WAS LIKE. 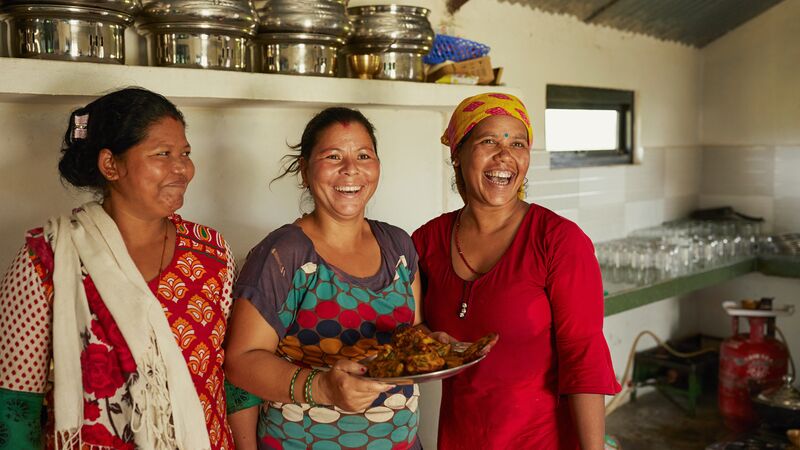 The women in the village are more confident now.

‘Travelling in a way that maximises positive impacts to local communities is at the heart of what we do at Intrepid, and there’s no better example of this than supporting community-based tourism projects like Madi Valley,’ explains Myvawny Costelloe, Intrepid Travel’s Community Based Tourism Manager. ‘By choosing to include an overnight stay here, we’re not only benefitting local people, but giving our travellers a great experience by giving them an insight into rural life in Nepal.’

With funding, the community started with upgrading the homestays. Around 13 of the 34 households are now operating guesthouses – one room with two beds, a fan, a mosquito net, and a little en suite bathroom with a Western toilet and hot shower – with more on the way. Other households have been able to set up and run small shops, selling drinks and snacks to travellers as they pass through. Upgrades were made to the dining room and a new community hall was built. A new activities program was designed for guests, which included things like cycling excursions, fishing, cooking and farming. A cultural performance was introduced to tell the story of Madi Valley and how the Pun Magar ethnic group came to settle here. 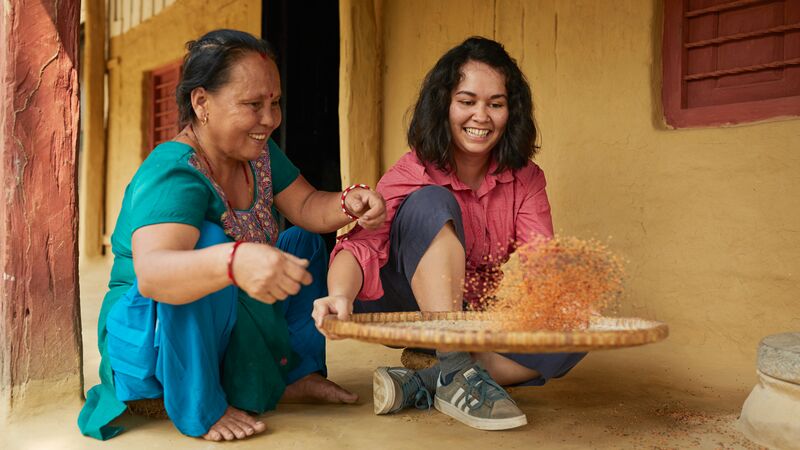 An activities program has been designed for guests.

Young men and women who’d left to find employment in the city were returning home to work with their families on new tourism opportunities.

The partnership benefitted non-homestay owners too. Roads were built, electricity was installed, a waste management system was implemented, and there was a decrease in human-wildlife conflict, thanks to a brand new fence built around the village to keep out curious creatures from Chitwan National Park. A fund was established to allow community members who may have lost crops or had property damaged by a wayward elephant to rebuild properties, replant crops, and start new businesses.

RELATED: HOW INTREPID ARE DEVELOPING COMMUNITY-BASED TOURISM IN MYANMAR 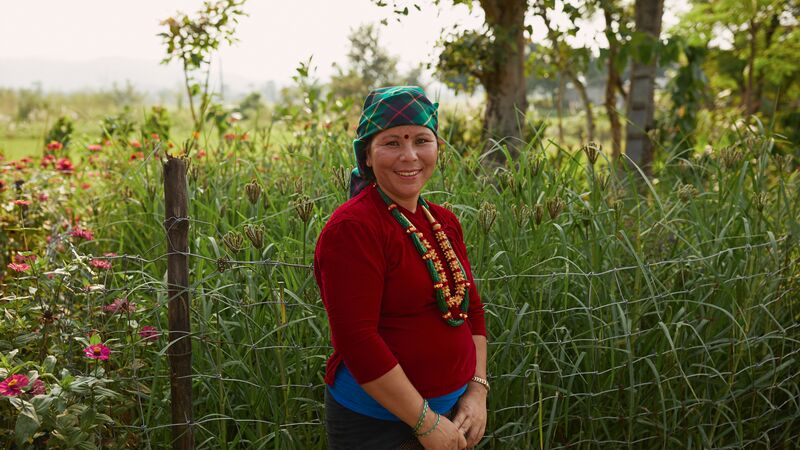 Women in the community are empowered to make decisions.

Women in the community are more empowered too. Before the village was established as a CBT, women generally stayed hidden behind the scenes, either working in the kitchen or collecting firewood from the forest.

‘Having now received comprehensive skills training in hospitality, management, and cooking, the women of Madi Valley now have the confidence to run their own guesthouse businesses,’ Myv says. ‘They’re generating their own income, and for the first time, feel empowered to decide how that money is spent.’

Visit Madi Valley on one of these small group adventures in Nepal with Intrepid. Read more about community-based tourism here.

All images by Matt Cherubino. 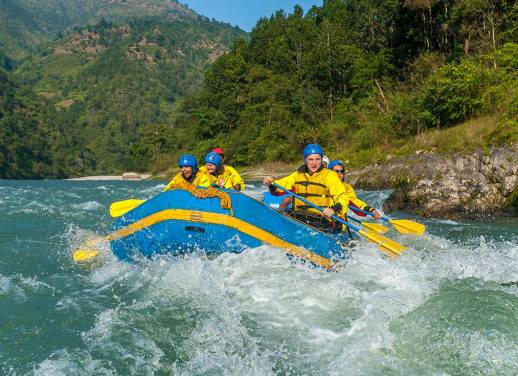 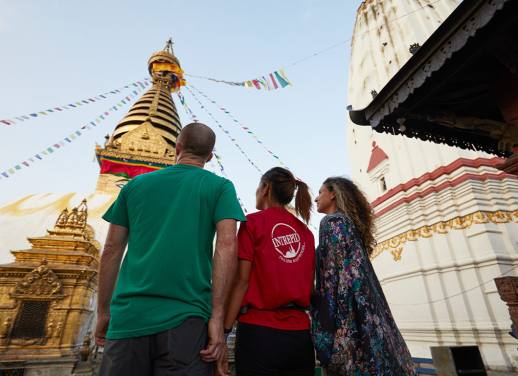 Very informative article about rural tourism in Nepal. Nowadays homestay is going to be popular among domestic and international tourist. Ghalegaon is one of the best examples of rural tourism.