6 cities in France to visit before everyone else does 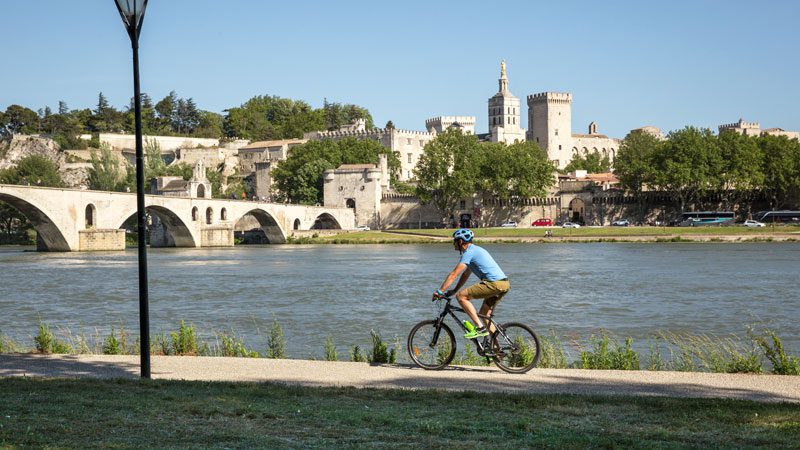 Paris is one of the most visited cities in the world and with the Eiffel Tower, Louvre, and buttery croissants available on every corner, it’s not hard to see why. But you know what? There’s so much more to France. If you’re looking to get off the beaten track and spend time in destinations which offer a more authentic and no-less wonderful experience, you’ve come to the right place. Here are six of the country’s most underrated cities, ripe for your exploration. 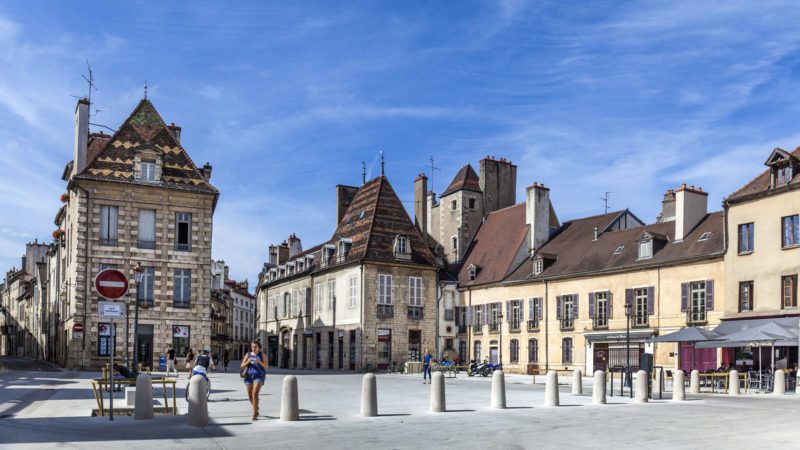 Chances are you associate Dijon with hot, spicy mustard. If so, you’ll be pleased to know this isn’t just a stereotype: the condiment is a specialty of the city and comes in more flavors that you probably ever thought possible. There’s blackcurrant, blue cheese, tarragon and, if you’re feeling particularly fancy, a black truffle and Chablis creation that will tap-dance all over your taste buds. Head to one of the mustard factories to get a handle on the production process or simply admire the beautiful mustard fields from afar as they form a bright yellow patchwork across the landscape.

Once you’re done with the city’s most famous export, you’ll be pleased to find yourself in a vibrant locale that boasts an impressive number of museums, a masterfully architectural church, and a plethora of friendly bistros and Michelin-starred restaurants where you can try specialties of the region and haute cuisine. Try Chez Leon for rich, tender beouf bourguignon or Loiseau des Ducs for meals that end in award-winning pastries.

VISIT BEAUTIFUL FRANCE ON A SMALL GROUP ADVENTURE WITH INTREPID 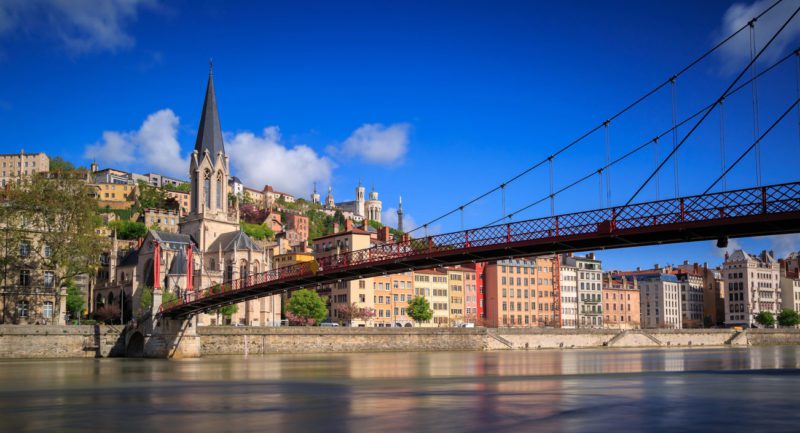 Utterly charming, unashamedly French and boasting a collection of wonderful traditions, Lyon is well worth a visit. The Basilica of Notre-Dame de Fourvière is one of the country’s most spectacular churches, thanks both to its immense size and prime location overlooking the city. On the same hillside you’ll stumble across ancient Roman ruins including a largely intact theater which still hosts audiences to this day. While you can take a funicular up from the main part of town we suggest walking – that way you’ll feel more justified in indulging in Lyon’s one true love: food.

From Les Halles de Lyon, the famed indoor market which offers all sorts of goodness (like wheels of runny, slightly stinky St Marcellin cheese, duck fat potatoes, and sit down Sunday brunches with the freshest seafood known to man) to the city’s many bouchons, you’ll never have to go far to find something decadent. For the uninitiated, traditional Lyonnaise faire uses lots of offal and lots of fat, making it both adventurous and delicious. Our recommendation? Head to Le Comptoir du Vin – a little one-man show on Rue Belfort – for the best poulet a la crème in town. 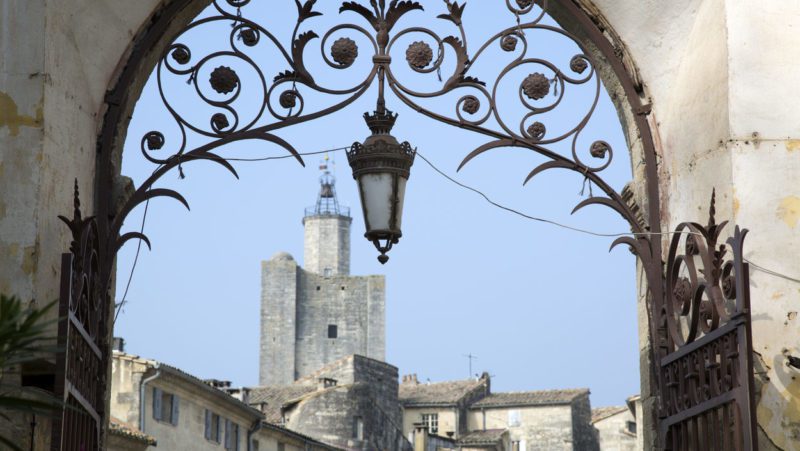 This unpretentious little market town just north of Nimes is an utter delight. Its cobblestoned pedestrian center, complete with windy narrow streets and medieval architecture is reminiscent of Dubrovnik but slightly more charming thanks to its compact size and distinct lack of tourists. The Saturday market here is legendary, particularly in summer when it swells to take over most of the town. You’ll find everything from fresh-from-the-farm cheeses to plump ducks roasting rotisserie style over vegetables which cook happily in their juices.

For a delicious and well-priced local meal, head to Ma Cantine, pore through the nameless antique store on the northern edge of Boulevard Gambetta for a one-of-a-kind corkscrew or delightfully mismatched cutlery set, and choose a bottle of wine from the thoughtfully stocked Le Ballon Rogue. If you want to venture further afield, make the 15-minute drive to Pont du Gard, a spectacular Roman aqueduct built in A.D. 60 which is equal parts impressive engineering and beautiful design. As another option, many of the vineyards in the area put on trail walks throughout the cooler months so keep an eye out. 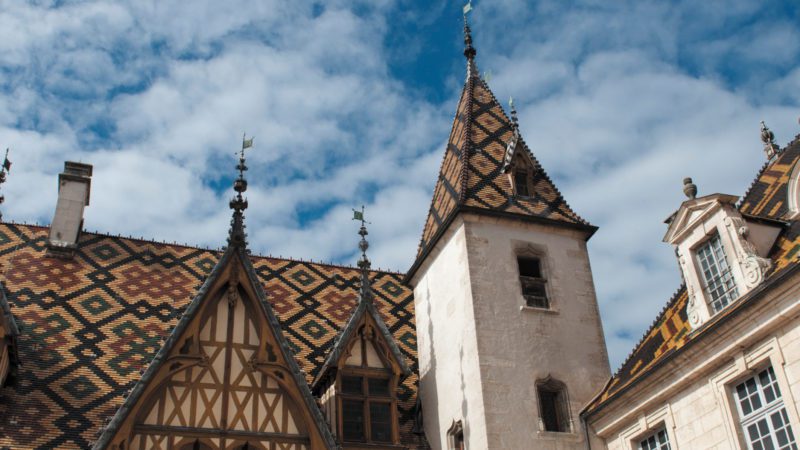 Nestled away in the rolling hills of Burgundy you’ll find a thriving French city full of history and – perhaps more importantly – wine. In the middle of the cobblestoned town center you’ll find the 15th century Hospices de Beaune, which are as famous for their beautiful tiled roofs as they are for their annual wine auction, the largest of its kind in the world. Speaking of wine, there’s no better way to spend a day here than biking the Voie des Vignes, a 13-mile track which puts you in amongst the vines and in front of more than the odd cellar door. If that seems like too much effort, book yourself in for a wine tasting at La Cave de L’Ange Gardien where local wine connoisseur Pierre will guide you through some of the region’s best drops. 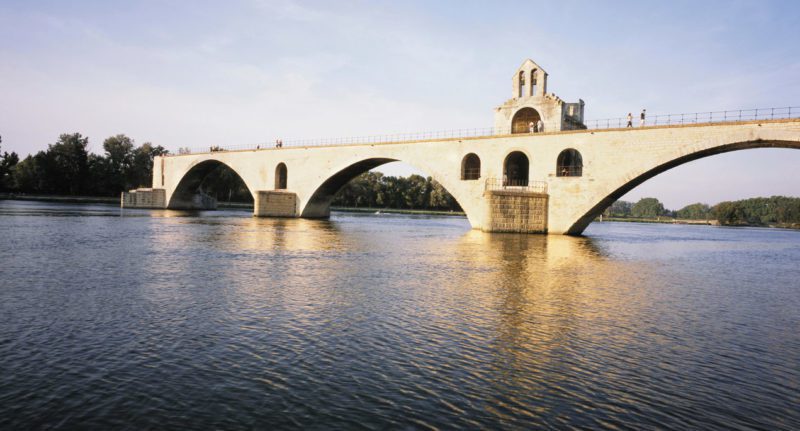 Thanks to its short stint as the center of the Roman Catholic world in the early 1300s, this city boasts more than its fair share of impressive architecture. The best example of this is the towering Palais des Papes which holds the title of largest gothic palace ever built and has been UNESCO World Heritage Listed since 1995. History and architecture aside, Avignon is a great place to be thanks to its tree-lined streets, regular festivals, and claim to fame as the gateway to Provence with many of the region’s most picturesque towns and villages within an easy hour’s drive.  Try L’isle-sur-la-Sorgue, with its sprawling Sunday market and vast collection of antique stores, and Rousillon, with its perched hilltop charm and bright ochre trails. 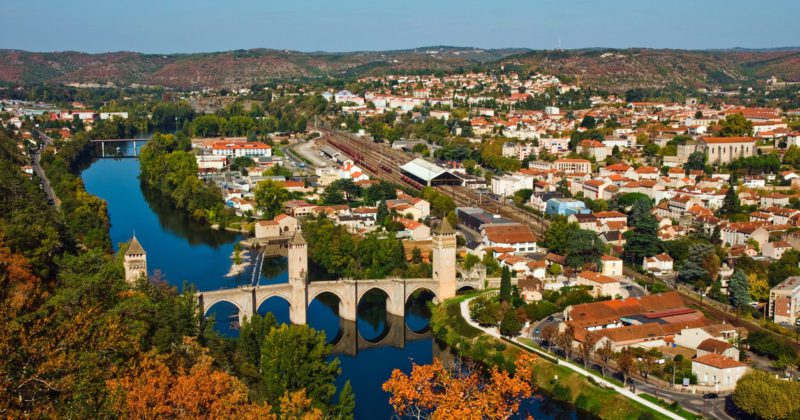 This pint-sized city is tucked away on the banks of the Lot River in the country’s south west. Leafy and green, it’s the perfect spot to unwind and indulge in a glass of two of Malbec, the local wine. While this hearty red is good on its own, locals will argue it’s at its most slurpable when enjoyed as part of faire chabrot; a local tradition of pouring wine into an almost empty bowl of soup and drinking it straight from the bowl like a goat. For the best version of this, hire a car or take one of the region’s buses to a restaurant by the name of La Terrace in the little town of Grezels, which sits about 40 minutes to the west. There’s no menu here and instead you simply enjoy whatever four-course delight the lady of the house is cooking that day. It’s utterly delicious, wonderfully authentic, and the wine flows very freely.

Back in Cahors, take a stroll over Pont Valentré, a beautiful old bridge which took more than 70 years to build and, according to folklore, was left one stone short of completion so its builder could get out of a deal with the devil. Locals will be only too happy to give you a run down on the bridge’s history as well as other points of interest in town. If you ask nicely, they may also point you in the direction of Cahors’ best bakery, Les Délices Du Valentré, where you can indulge in the local specialty of walnut tart to your heart’s content.

Tempted yet to book a getaway to France? Check out our 15-day Highlights of France trip. 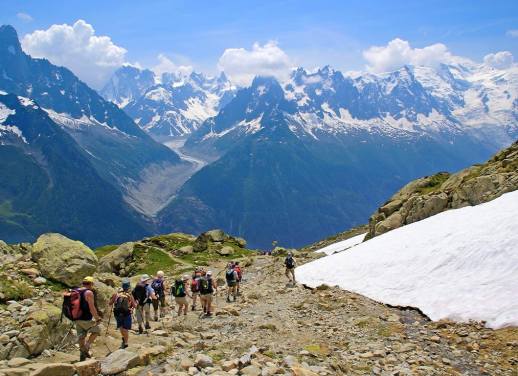 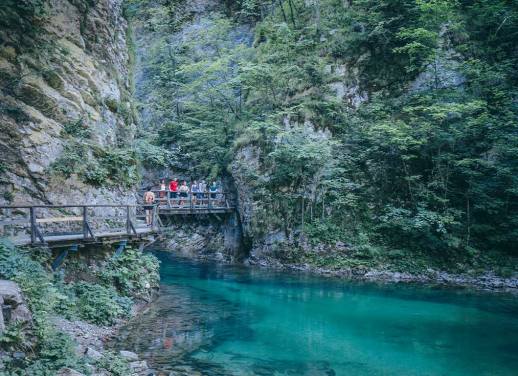 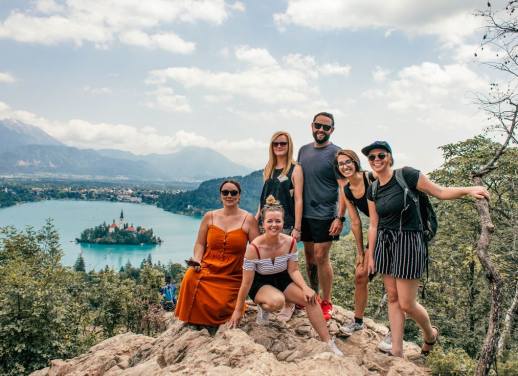 Like 99% of other humans, Kirsty loves to travel and has devoted ample amounts of time and money to developing this hobby. On a more personal level, she loves to write, tries to dance and will do almost anything for ice-cream.

Hi Kirsty,
There are so many more cities to discover….and much nicer too
You’re only talking about south of France, go to britanny…

Hi Kirsty, a very interesting article. You’ve chosen some really good places to write about. I’ve spent over a year of my life in France, yet feel I haven’t even scratched the surface. I’ve always enjoyed my time there and found that despite our Nations not being particularly friendly many of the French people are.
Good luck with your future travels – may they always be safe….and enjoy the ice cream !!
Alan