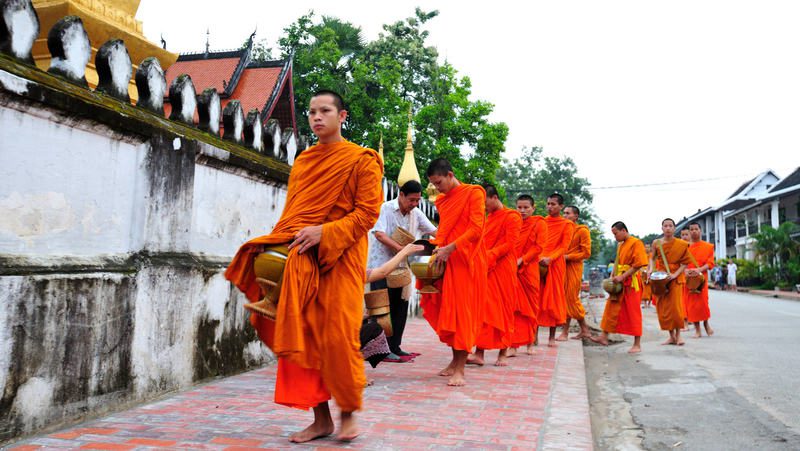 “I feel lonely many times,” he said as the sun sprayed golden light over the temple behind us, “Especially in my bed at night. Even though I live with lots of monks in this monastery, there is loneliness always in my heart because I am so far from my family. Sometimes I think about running away from here and going back to my village but I know my parents can not afford to take care of me, so I must stay. Do you ever feel lonely, Ange? You are so far from Australia. I think you feel lonely too”.

His name was Vitoon. I’d been watching the sunset over Luang Prabang from his temple on a hill when he walked up to me in his marmalade robes and asked if he could practice his English.

“My parents are rice farmers. They are too poor and have too many children. When I was 12 they brought me at this temple and then they left”.

That was six years ago. He hasn’t seen his mother, brothers or sisters since then. His father came to visit three years ago and Vitoon asked him to take him home… but he was told to stay.

The sight of hundreds of monks lining the streets of the World Heritage Town of Luang Prabang in northern Laos to collect food from local people is truly awe-inspiring – a photo opportunity that most tourists are willing to set their alarms for. Sai Bat (morning alms) takes place between the hours of 5-6am each day and involves people placing food and personal care items into the alms bowls of passing monks. It’s a silent and sacred ceremony – one that is steeped in tradition.

Among the monks are many child novices, also dressed in orange robes. Their small stature and sweet faces make it almost impossible for travellers to resist taking their photos. Their portraits end up being posted as #photooftheday on Instagram for the world to respond with likes and love hearts. But who are these temple boys? 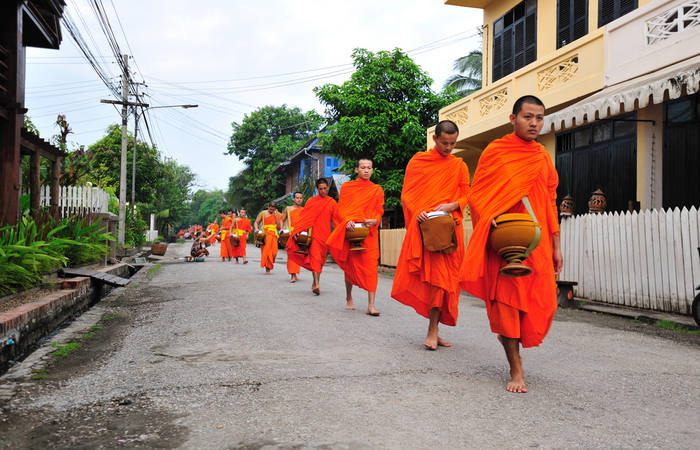 Every day Vitoon wakes up at 3.30am and heads to the temple house to pray for an hour with his fellow monks. They then walk down the hill into town with their alms bowls to collect rations for the day. Returning to the temple, this food is shared between the monks as part of their common meals. They eat twice a day – breakfast and lunch. They are forbidden to eat after midday.

“When I first came to the temple I would feel so hungry at night time because I was used to eating some rice for dinner in my village. But after awhile you don’t think about it. We can have a cup of Ovaltine before we go to sleep or some water,” Vitoon said.

Children from underprivileged families like Vitoon rely on the morning alms ceremony. Without the generosity of lay people, he and his temple roommates would go hungry. They also rely on the Buddhist tradition of temples taking in boys from rural villages and offering them education and housing…their only ticket out of poverty. Girls in Laos are not granted the same opportunity.

There is not a lot of free time for novices but between prayers, alms collecting and attending classes – Vitoon studies English. He carries his books around in his shoulder bag and isn’t afraid to stop tourists and ask them to help him with his homework.

“My dream is to become a doctor. Sometimes, during special ceremonies, lay people will give me money. The other boys spend their donations on candy and mobile phones but I save mine. I will need a lot to pay for university. But actually, I am afraid I will never have enough. My parents can not help me, so I just hope one day someone will be very generous and put a lot of money in my bowl.” 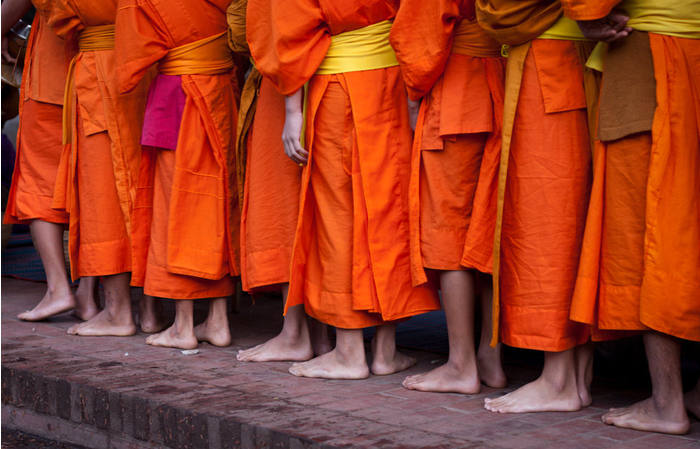 If you’re planning on heading to Luang Prabang and would like to watch or participate in Sai Bat, here are some helpful tips: 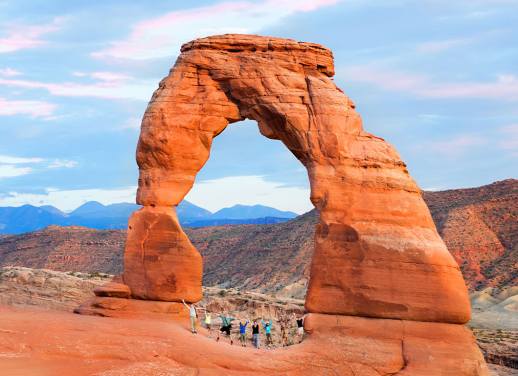 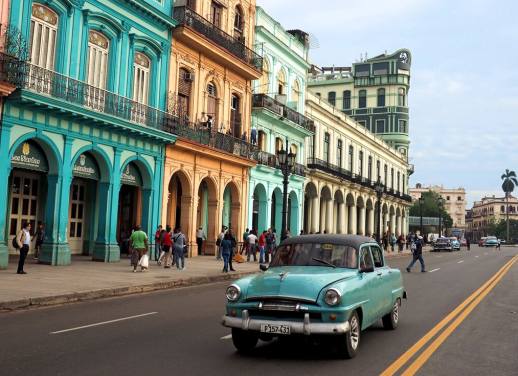 We attended this Alms Giving ceremony and I must say I was so disgusted with the tourists who would use flash and blind the monks, or stand really close to the monks, almost blocking their way. It felt like this ceremony was just for show, just for the tourists. It’s really sad what’s become of it.