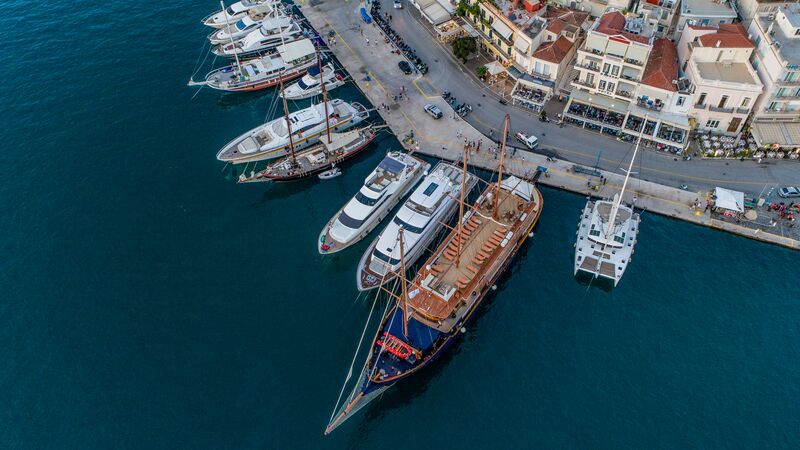 This article was originally published on the Peregrine Wanderer and has been republished with permission.

I still remember the first time I saw a big cruise liner up close. I’d been sleeping in a friend’s apartment in Circular Quay, Sydney Harbour, when I woke up and looked out the window.

Directly across the water, level with our seventh floor, was a ship that filled the world from edge to edge. It was ridiculously, monstrously, unfathomably large, a construct that would scrape the bottom of the Harbour Bridge and strain the limits of Archimedes’ buoyancy principle. Surely nothing that big could float. From our balcony I could see the hordes of travellers waiting to disembark. Even at that range your mind’s eye could make out the flash of a white sock, and your imagination clicked to the sound of a thousand ravenous camera shutters. My friend walked up next to me, a mug of coffee in one hand.

SIGN UP TO INTREPID’S NEWSLETTER FOR TRAVEL DISCOUNTS, NEWS AND INSPIRATION

By any metric you care to name – profits, passengers, new travel routes – big ship cruising has been an overwhelming tourism success. It’s estimated that 27 million people cruised the world’s oceans in 2018, up from about 19 million in 2010. That’s more than the entire population of Australia. And in response to growing demand, the industry is building mega ships to match: 226,000 tonne behemoths like the ironically named Harmony of the Seas (Royal Caribbean), a floating city that can carry up to 6,780 passengers and stretches over 362 metres. It was launched just this year. 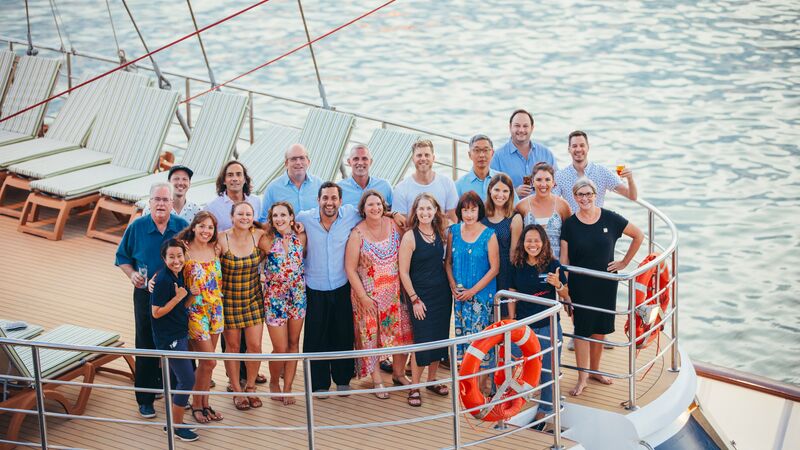 On our small ship cruises, there are a maximum of just 50 travellers. Image by Damien Raggatt.

In fact, of the top ten biggest mega cruisers, Royal Caribbean owns eight, all with interchangeable monikers like the “Oasis of the Seas” and the “Liberty of the Seas” (I’m not sure what #6, “Quantum of the Seas”, is meant to inspire in the brochure-browser; I guess the word quantum sounds vaguely cool and prestigious.)

The extent to which each cruise company is following protocols and being proactive in their sustainability is tough to gauge. Their websites do often feature a section on environmental responsibility (tucked down in the footer like the coin in a magician’s palm); but then Seaworld, a company with one of the most vilified animal treatment records on the planet, markets itself as a friend to orcas everywhere (they’ve even got a separate site called Seaworld Cares). Whether or not you buy into the corporate greenwashing depends on your own personal level of credulity. I prefer to look for something a bit more objective, which is how I found the Friends of the Earth Report Card. 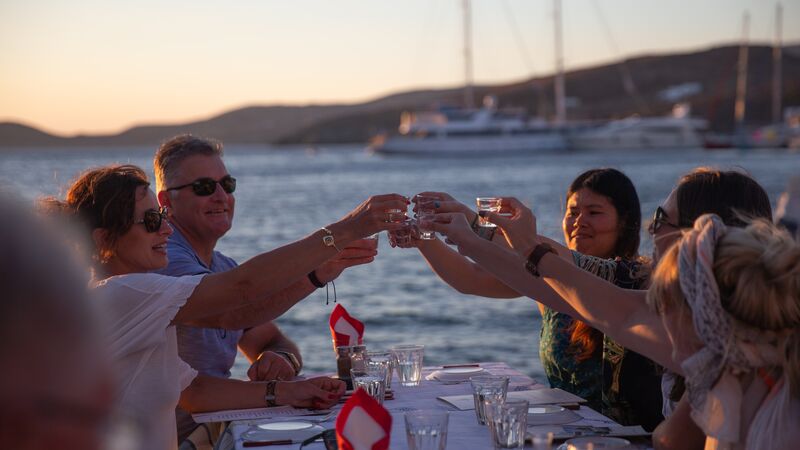 Each year Friends of the Earth (FOE), a global network of environmental activists and not-for-profits, releases their Cruise Ship Report Card. It’s some interesting reading. They rate each cruise line on things like sewerage treatment, air pollution reduction and water compliance quality, awarding them a grade from A+ to F. In 2014 the Cruise Line International Association basically denounced FOE and told its members, the cruise lines, to do the same. This prompted FOE to introduce a new category to their report card, ‘Transparency’, for which they immediately gave everyone an F (you’ve got to admire their style). If you want an objective look at how each cruise company is doing, environmentally speaking, it’s a good place to start.

This environmental impact has been well documented for a while, even if it’s probably not fully understood by the average cruiser searching for a deck chair. What’s new is the backlash against cruising from some of the very cities it supports. In the last couple of years we’ve seen both Venice and Barcelona locals denounce the big cruise ships that disgorge tourists in record numbers (Venice, poor thing, registers more than 30,000 cruise passengers per day in the peak season, which has seen the local population shrink significantly. I guess eventually there will be no locals left, and cruise passengers will have to wander the deserted canals of a floating ghost town, searching in vain for overpriced gelato.)

READ MORE: A DAY IN THE LIFE OF AN ADVENTURE CRUISE

Even Canada’s indigenous population in remote Nunavut are not immune. 2016 marked the first successful voyage of a mega cruiser through the infamous Northwest Passage, accompanied by an icebreaker and two helicopters, as you do. As a small Inuit village whose biggest natural enemy is the polar bear, a liner like this presents a whole new kind of threat. Cultural overload. A engulfing of place and people. Tourism in its crudest and most basic form. It’s a tricky thing for these small communities to navigate. Because ships like the 13-deck Crystal Serenity represent big money (estimates say the passengers left more than C$1,000,000 in local communities along the route). But, as the saying goes, at what cost? Even the local tour operator who coordinated this year’s maiden cruise had her reservations.

“There just aren’t that many people here,” she said. “For us here, because we have such minimal resources, we need at least a day between each ship.”

READ MORE: HOW TO CHOOSE A RESPONSIBLE TOUR OPERATOR

Ironically, for the Nunavut Inuit, the greenhouse gases emitted by the visiting ships are the very thing that threatens the pristine landscape travellers come all this way to see. There’s very little infrastructure out here. The land is fragile; it’s built on delicate ecosystems and stark realities. People live a very simple life. These are the things that have made the Canadian Arctic a tourism bonanza, and they’re the first things that will change if unscrupulous cruising goes mainstream. 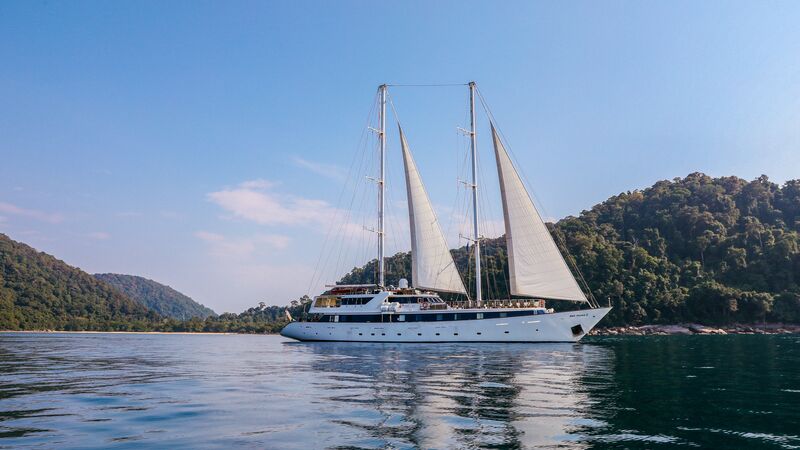 It’s worth noting that some cruise operators are trying to do the right thing (although, given the nature of their product, a ‘responsible cruise liner’ is probably about as helpful as a ‘responsible nuclear power plant’). The issue, as always, is the ones that don’t care. The ones that chase profits or take risks, that meet only the bare minimum requirements.

It’s easy to think that, as a traveller, we don’t owe anything. That our individual impact makes no difference, or that environmental issues are the responsibility of vague corporate entities that make much more money than we do. It’s incredibly effortless to think that way, and like most things that are effortless, the cost is born by someone else. These days, that ‘someone else’ is the environment and small coastal communities like the Inuit. We need to start recognising the power we have to change the world for good and for bad, especially when we move en masse. It’s no longer enough to say, ‘I didn’t know’ or ‘What I do doesn’t matter.’ If the exploding success of cruise liners has taught us anything, it’s that how we choose to travel does matter. It’s time we chose more wisely.

Intrepid’s Adventure Cruises are a responsible alternative to large ships. We carbon offset each departure, use small ships and limit our environmental impact wherever possible. For more information, explore our range. 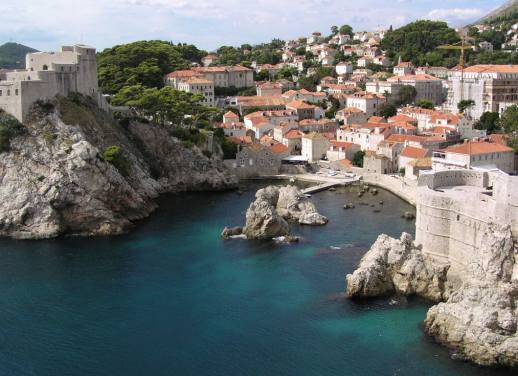 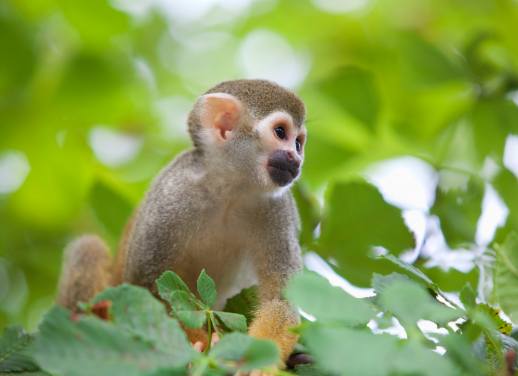 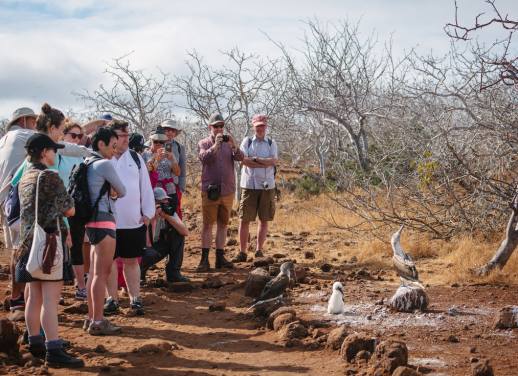