With eight of the world’s 10 tallest mountains in its borders, it’s not a big surprise most travellers visit Nepal for the trekking. Flying into Kathmandu you’ll find dozens of adventurous looking groups about to set off into the snow-capped wilds of the Himalayas, usually carbo-loading on their second plate of momos.

But walking isn’t all Nepal has to offer. Like a lot of other Buddhist and Hindu countries, seasonal festivals and spiritualism play a big role in the annual calendar. And despite an Earthquake rocking the country in April, there aren’t any plans to cancel the festivities. Repairs in Kathmandu are well underway, and engineers have assessed the major trekking routes ahead of the big season in October/November. The festivals are still a go.

Time your trek just right and you could have the ultimate mountain send-off (or welcome back) – we’re talking street dancing, candle lighting, dog worshipping fun (that last one is totally true). And although there are dozens and dozens of festivals in Nepal, we’ve picked out five of our favourites so you can plan ahead. You’re welcome. 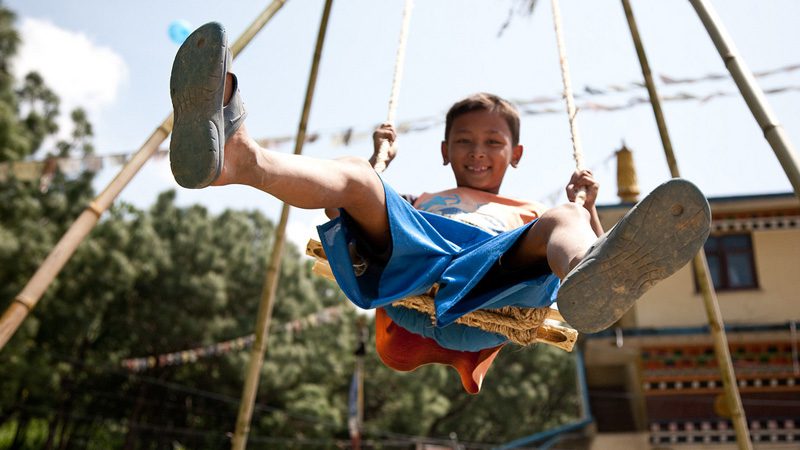 One of the loveliest things about Dashain, the biggest festival on the country’s calendar, is that it unites Nepalese people from all over the world. Literally. People will travel back to Nepal from wherever they are to be with their family during Dashain. The festival celebrates the victory of good over evil, and runs for 15 days. People take to the streets flying kites, elders gather and play cards and huge bamboo swings are erected all over the country, creating havoc for OH&S workers. It’s a great time to be in Kathmandu. 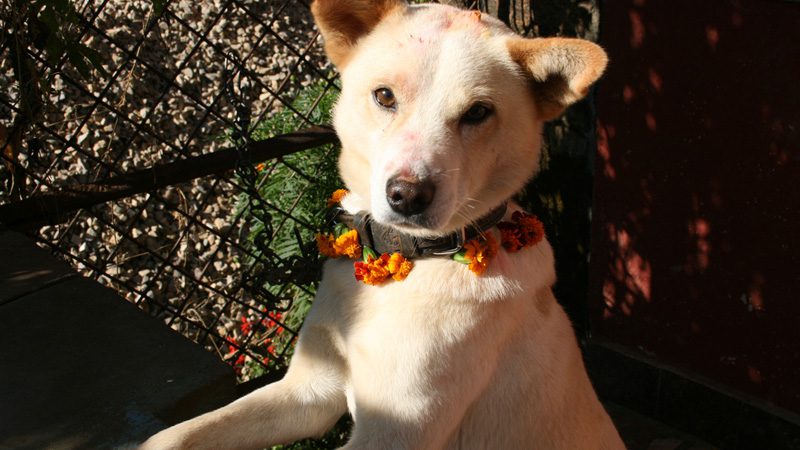 One of the few festivals in the world where dogs get to wear garlands, Tihar is sort of the Nepalese version of Diwali, the festival of lights. Candles are lit all over the country, but different regions celebrate the festival in their own way. Crows, ravens, dogs and cows are all praised and worshipped during Tihar (it’s nice that crows get a day just for themselves) and you’ll often get fireworks over the night sky of Kathmandu. 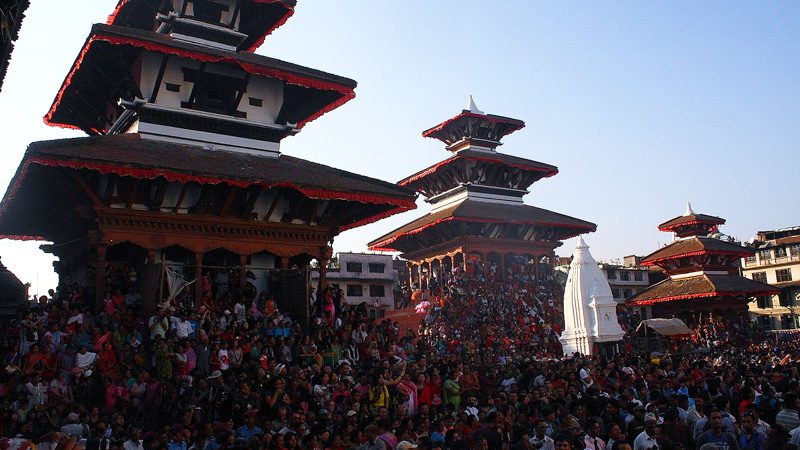 Indra Jatra (also known as Yenya) is Kathmandu’s biggest street festival. It’s put on each year to celebrate the Indra and Kumari, two Hindu deities. For eight days the capital comes alive with masked demons and gods dancing in the street, marching bands and chariot processions. Try to get there for the first day, when dozens of men raise the enormous Yosin pole in Burbar Square: a tree trunk dragged 29km from the tiny town of Nala. 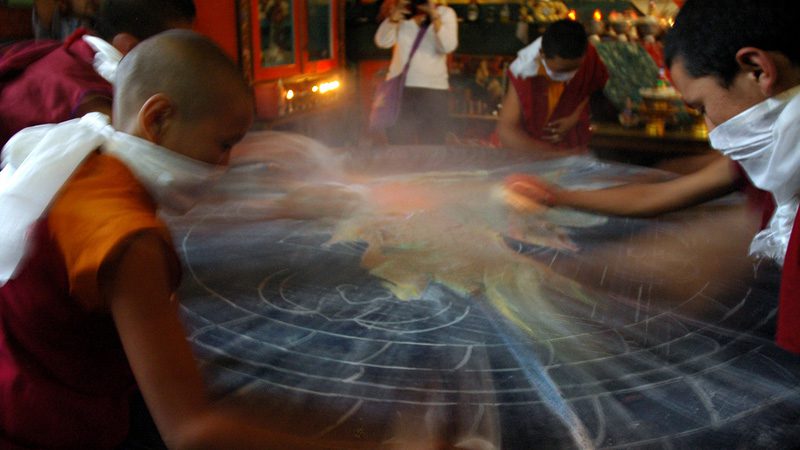 Losar is the Tibetan New Year, the one day when Nepalese Sherpas can really let their hair down. Monasteries in Kathmandu like Boudhanath and Swayambhunath put on a show, with prayer flags and decorations, street parades and traditional dancing the order of the day. In some regions festivities can last for over two weeks. If you want to see Nepal’s monasteries at their most colourful, this is the time. 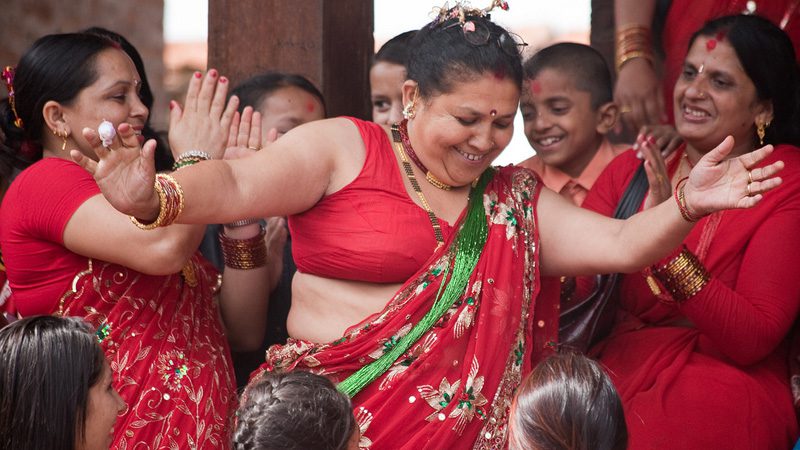 The time of year when henna-covered women take to the streets to dance, sing and welcome in the monsoon. Teej marks the arrival of the rains in Nepal – a life-giving event when your livelihood depends on a good harvest. It’s also a celebration of women, dedicated to the goddess Parvati. Public processions, folk music and dancing are everywhere in Kathmandu during Teej, which, incidentally, was named after a small insect that comes out during the rainy season. The things you know.

Intrepid travel will be donating all profits from 2016/16 Nepal trips to help those affected by the earthquake, you can find all the details (along with a full range of our Nepal adventures) here. 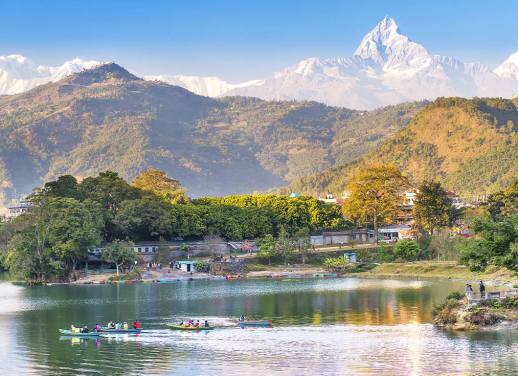