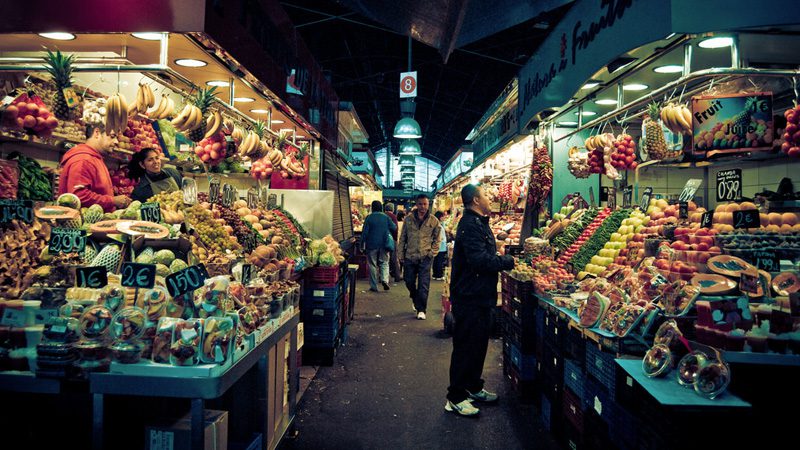 If you want to observe the Spanish food chain, from the depths of the Mediterranean to the green farmlands of Galicia, there’s only one place to go: La Boqueria. Technically known as the Mercat de Sant Josep de la Boqueria (quite a mouthful), La Boqueria is Barcelona’s most central food and produce market, and it’s been servicing the city (if you believe the tales) since 1217. Being set on La Rambla, it’s no surprise the market is a popular tourist attraction, but many of Barcelona’s top chefs still buy their ingredients here, a testament to the quality of the fare on offer. It’s best to get there early, when most travellers are sound asleep – you’re then more likely to see the market in its original state. Colourful sellers promoting fresh Asturian queso de cabra or a few slices of the famous Jamón Ibérico. As you make your way through this labyrinth of colourful vendors and cosy bar restaurants, inhaling the divine scents wafting from the gastronomic offerings, you will quickly realise that La Boqueria is one almighty sanctuary for the palate. 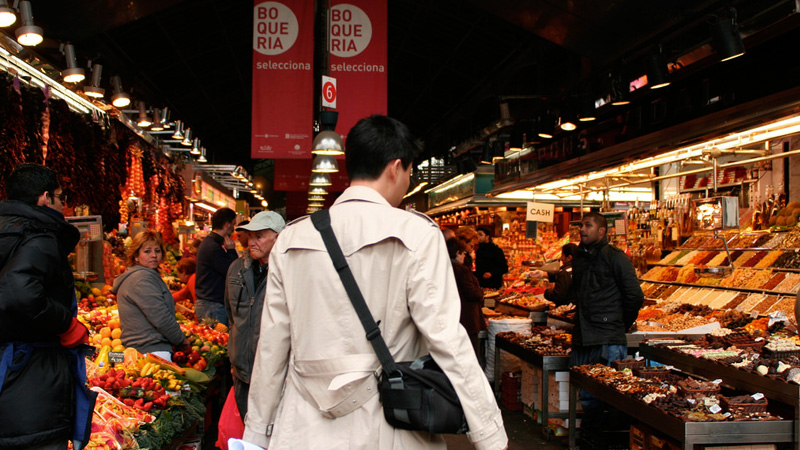 A little bit of history

The origins of La Rambla, one of Europe’s oldest and most famous market, date back to the 13th century. Fruit and vegetables were the original produce of trade from its humble beginnings in 1217 as an open-air market by the entrance to the old city wall Pla de la Boqueria. Space was limited within the confines of the city so trade was pushed outside, which had the added bonus of being a cheeky tax saver. Originally, farmers and growers travelled from nearby towns and farms to trade their goods. As the markets became increasingly popular so did the competition, and produce available in and around the markets exploded with the introduction of fish shops, butchers and poultry. 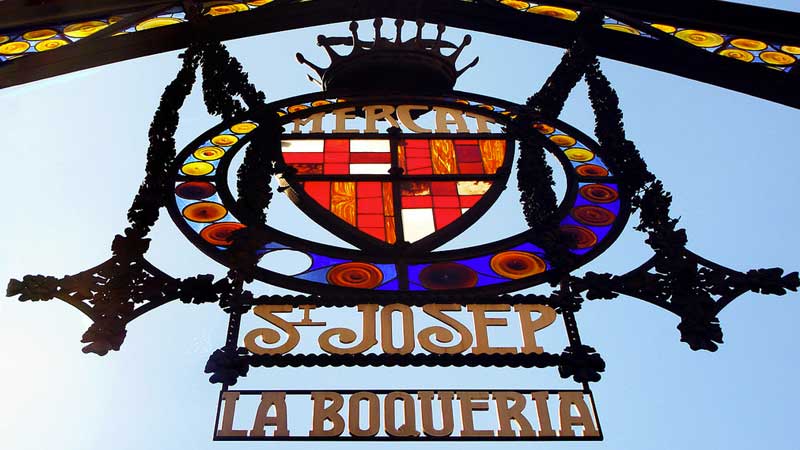 The passage of centuries saw numerous relocations and expansions to the market until it was inaugurated in 1827 as an open-air market on Rambla de Sant Josep de la Bouqeria. The market was set near La Rambla – even then this was an attractive thoroughfare for locals and visitors. Nowadays, it’s Barcelona’s busiest, most colourful and liveliest strip. After the fire destruction of the nearby convent of Sant Josep in 1835, La Boqueria was to be replaced by a public square which would have been the most grandiose in all of Barcelona with spectacular porches, fountains and gardens. Imagine Barcelona even more beautiful than it is today! Those plans did not come into fruition as the market was moved over the square a temporary move by authorities – a temporary move that is now the final home of the market.

La Boqueria’s days as an open air market were numbered as on St Joesph’s Day in 1840 worked commenced on the roof, which took 13 years to complete (hardly surprizing given the Spaniards love of a good siesta!). The most significant change to the markets has occurred over the course of the last 150 years. As more produce was made available for trade, the market stalls have been divided into sections based on what the merchants have to offer. Other changes included the introduction of gas lighting in 1871, the establishment of a fish section and the landmark construction of the current metal roof in 1914 which improved sanitation and the overall presentation of the market. History has not been lost, however as its original entrance still stands today.

Entering La Boqueria through the iconic gates and the stained glass, the smell of the place immediately hits you between the eyes. Maldonano hams, hanging from butchers stalls, salt fish, los pulpitos (baby squid), almonds, pizza, fresh eggs, spices, olives and other delicatessen offerings, an array of mouth-watering cheeses, breads, herbs, spices, artisan products, fresh fruits and vegetables…..you can pick out the individual scents as you walk along. It’s the sort of place where you’ll be picking from 12 almond varieties one minute and dodging two overall-clad workmen carrying a whole pig the next. Your senses will be overloaded by the amount of colour you will see throughout the market, especially when it comes to the fresh juices on offer – my personal favourite is a bright pink concoction of coconut and papaya. Never in my life have I tasted a more heavenly drink. It’s the perfect palate-cleanser while I decide what to eat next. 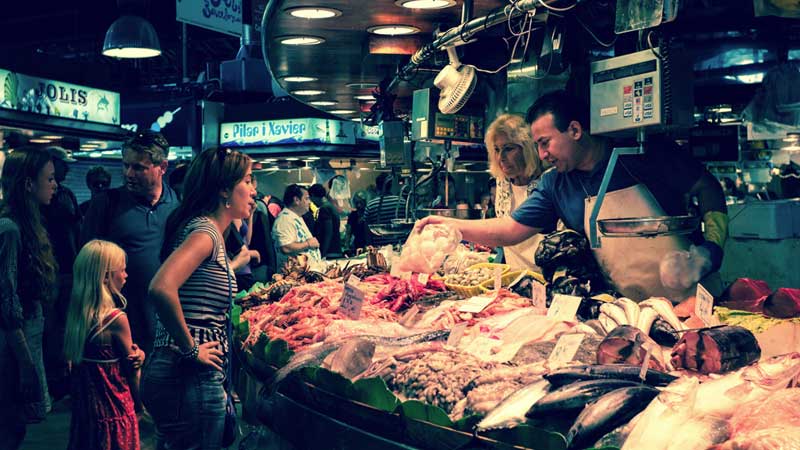 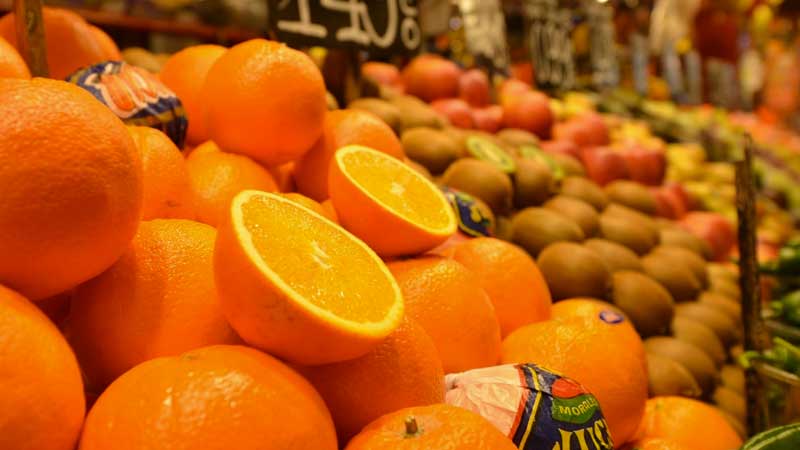 To scale or to trout? Fish mongers spiral out from the market centre selling quality seafood and shellfish. It makes for an interesting (and pungent) scene with fish literally plucked from the sea and presented over mountains of ice. The there’s the jamón…pig is Spain’s most prized meat, and nothing is wasted with all cuts prepared ready to be put to the grill or cured for later. Jamones of all types (Serrano, Lomo, Iberico Bellot) hang from vendor stalls with salamis (Fuet, Morcilla) and chorizos ready to be sliced to your liking. It’s still the best snack I found in La Boqueria: little ice-cream cones full to the brim with freshly shaved salamis or fried seafood.

A visit to La Boqueria is not complete until you visit one of the small tapas bars in the market – a special mention goes out to El Quim De La Boqueria with its reputation as being one of Barcelona’s most enjoyable and authentic places to eat. It can be a squabble for a spot but once you find a bar stool to perch on you can appreciate the joys of watching freshly prepared tapas made right before your very eyes. Grilled marinated octopus? Or a slice of grilled chorizo served with artisan bread? How about toothpick of antipasto delicacies? The food options and the quality of ingredients are truly second to none. Just make sure you dress for the occasion in loose clothing so you can eat your heart out without worrying about your waistline. 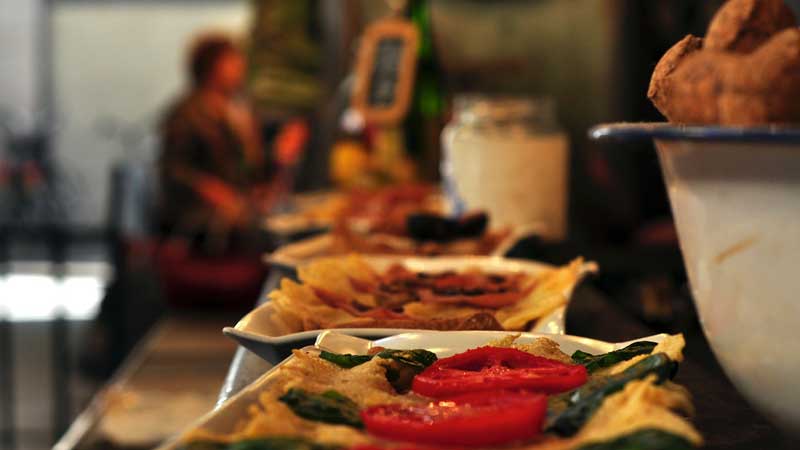 Today’s La Boqueria represents the Barcelona of yesteryear and that of the future. Fourth-generation merchants ensure that traditions endure, while new vendors are leading the way for the markets to continually evolve. The market is deeply intertwined with Barcelona’s history, customs and celebrations with the quality of its food and people at the core of its luminosity. If there was a sanctuary for food pleasures of the world, La Boqueria would be it. A visit to Barcelona’s most famous market offers pinnacle experience for the senses and offers a perfect taste of Catalan cuisine and culture.

THE BEST LUNCH: There’s only one name you need to know – Universal Kiosk. When you see the crammed barstools and hungry patrons tucking in to fresh Mediterranean seafood, you’ll know you’ve found it. When you see a place that even the locals queue for, you know it’s worth the wait. Try the fish of the day or the mixed mushrooms. Pure Catalan bliss. 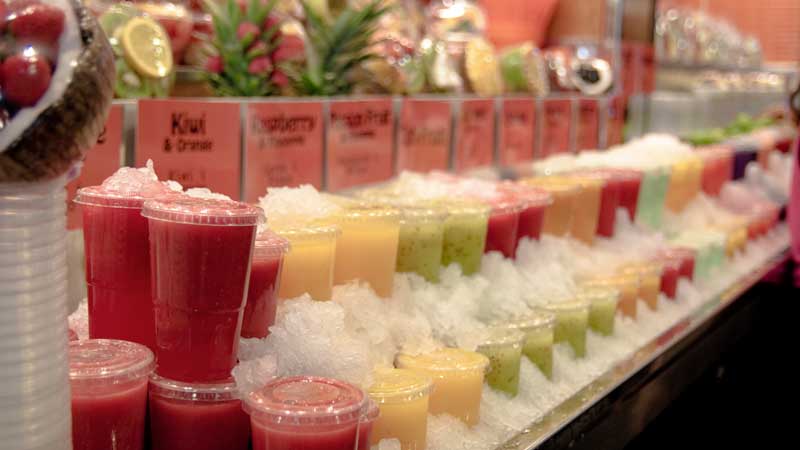 THE BEST DRINK: The fresh juices in La Boqueria are legendary. Squeezed that morning and kept on ice, there are literally dozens of flavours (and stalls) to pick from. Our tip? Don’t buy a juice on the edge of the market – the stalls there are massively marked up for the tourists. Head into the centre and you’re more likely to find proper local prices.

THE BEST EGGS: In the age of supermarkets, it’s easy to think of eggs as a bit utilitarian and boring. But trust me, you haven’t tried real eggs until you’ve tried them from Simplement Ous. And don’t think they stop at chicken: you’ll find emu, turkey, quail, ostrich and duck eggs here too. 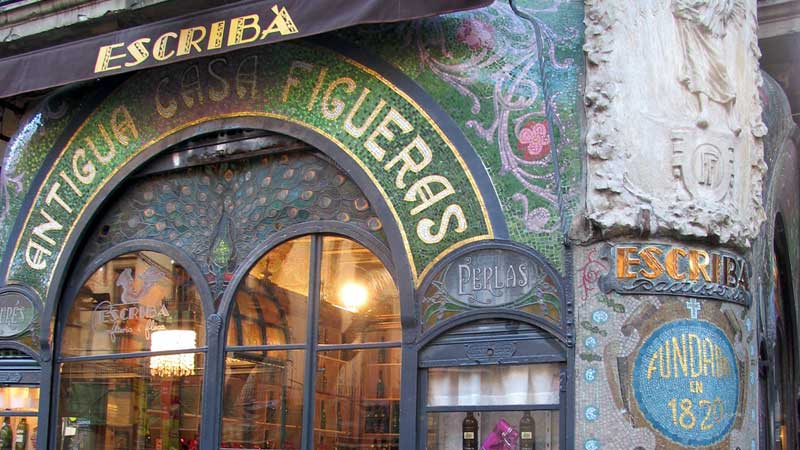 THE BEST CHOCOLATE: This is what you really want to know, right? This one isn’t technically in La Boqueria, but it’s right next-door so we’re counting it. Escriba Chocolate is a city institution, with one of the coolest buildings outside the Sagrada Familia. It’s more a temple to chocolate then a mere store. Set aside a good half hour for this place alone. Their selection is second to none.

THE BEST NUTS: If you’re visiting La Boqueria you’ll no doubt he seeing the famous Fish Circle, well right next to stalls piled high with mackerel and sole, you’ll find Fruita Seca Morilla, the market’s best nut stall. They have 15 different types of almonds alone. Raw, roasted, coasted in sugar or (the best) dark chocolate. A great snack to keep your market-browsing energy up.

Ready to explore La Boqueria? Check out our small group trips through Barcelona. 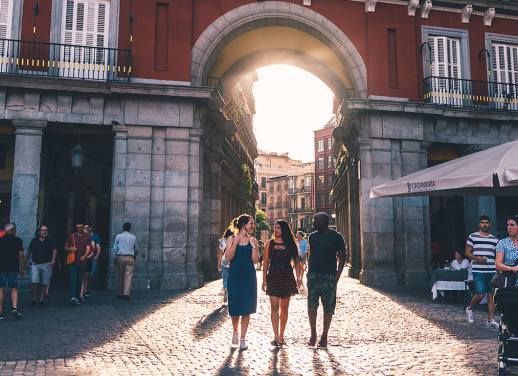 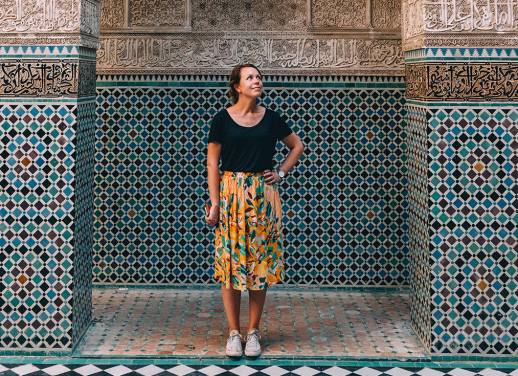 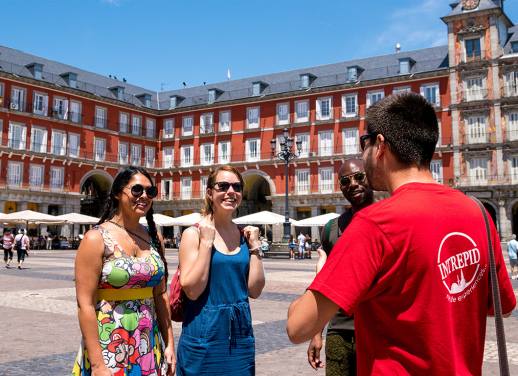