6 local cuisines to try in Iceland 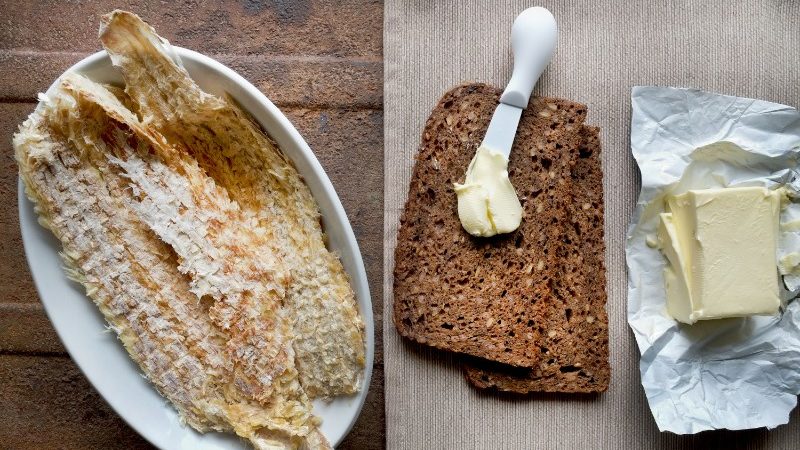 Iceland is known for displaying some of Mother Nature’s best work, but what about Icelandic cuisine? Sight isn’t the only sense this country aims to satisfy, with plenty of delicious and traditional fare to sink your fork into.

Inspired by the ingredients around them, Icelanders create a range of recipes using nature’s menu – from the free-roaming lamb, to the seafood caught fresh from the Arctic waters. Here are six of the most popular Icelandic dishes that tantalise the locals’ taste buds: 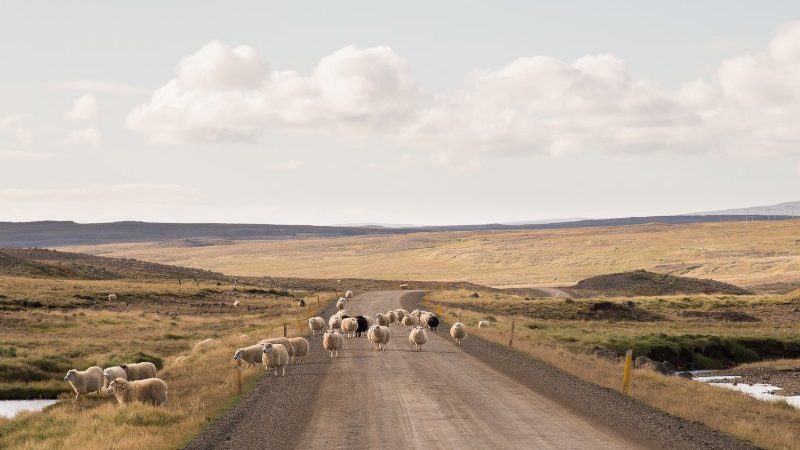 Photo by Kevin B. Photography, Shutterstock

Lamb is one of the country’s culinary classics, and for good reason. What sets Icelandic lamb apart from the rest is that the sheep are left to freely roam without fences, drinking from glacier waters and eating the plants and berries they come across along the way – all of which marinates the meat naturally. A staple in most locals’ diets, lamb is served in a variety of ways that are sure to get your taste buds tingling.

One of the best ways to enjoy the lamb on offer is by warming yourself up from the inside out with a hearty meat soup. The flavourful stew is a mixture of lamb, root vegetables, herbs and rice and after your last slurp you will be left asking for seconds. 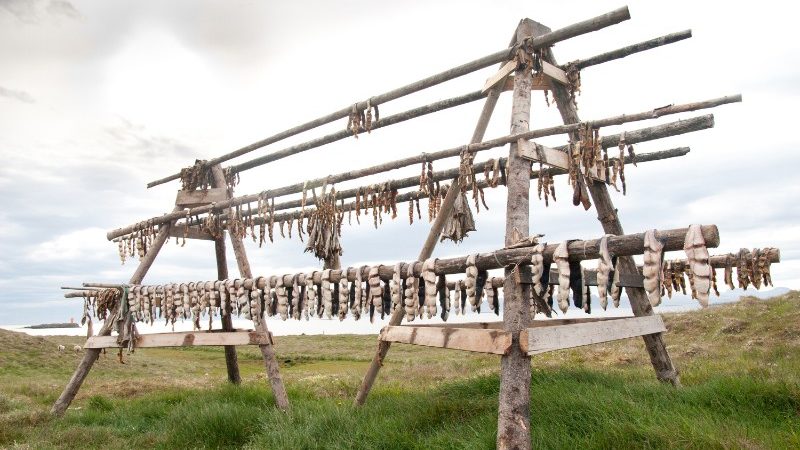 Devouring shipfuls of fish on a regular basis, it’s no secret that Icelanders have a soft spot for scaly produce. Taking it one step further, the aquatic animal has even been turned it into a salty snack called Harđfiskur. Made from wind-dried cod or haddock, this fishy treat is a high source of protein and can be found in most supermarkets. Copy the locals and add a spread of butter before digging in.

READ MORE: WHY ICELAND IS THE DREAM DESTINATION FOR SOLO TRAVEL

Similar to yogurt, but technically a soft cheese, skyr is an essential item on every Icelander’s shopping list. Traditionally served with milk and sugar for breakfast, this creamy delicacy has now made its way into most meals and is consumed as a snack, dipping sauce and even as a beverage (Skyr Drykkur). 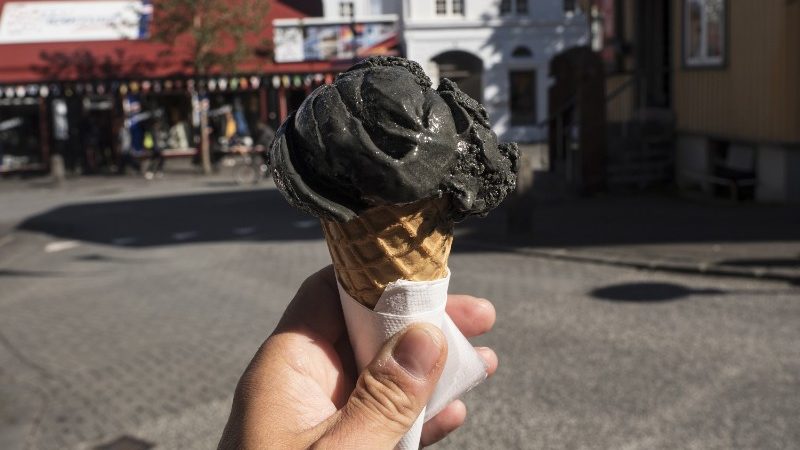 Name a food and chances are Icelanders have tried to add liquorice to it. Seriously, you can find it cakes, butter, chocolate bars and even ice cream. Head to Valdis, the infamous ice cream store, to test a cone filled with the salted liquorice flavour. While on the topic of ice cream, it’s worth noting that despite experiencing painfully cold temperatures, Icelanders love eating the frozen dessert all year round. You will even find ice cream stores that stay open up until 1am, to cater for those after-cocktail cravings. 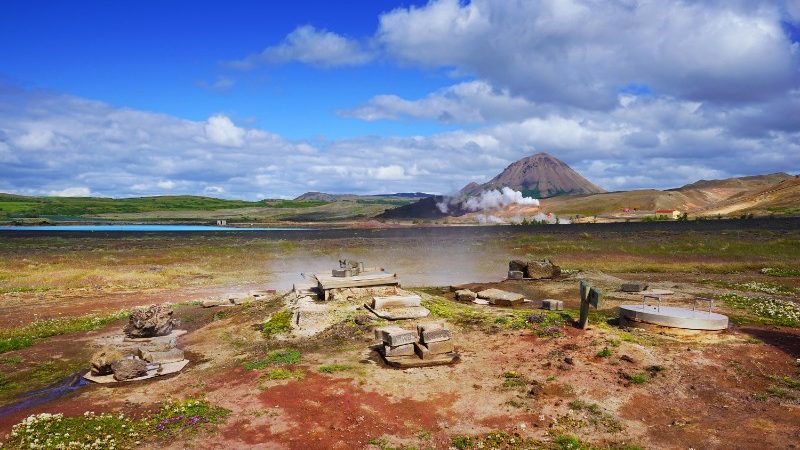 Rye bread (also known as rúgbrauđ) and butter is a side served with most meals in Iceland, but the preferred way of cooking the loaves is quite unique. Traditionally, the bread is buried near a natural hot spring, sprinkled with sugar and left to gently steam for up to 24 hours. The end result is dense, cake-like bread that has a slightly sweet taste. Enjoy it with a traditional Icelandic soup, smoked lamb or, of course, fish.

READ MORE: HOW TO TRAVEL ICELAND ON A BUDGET 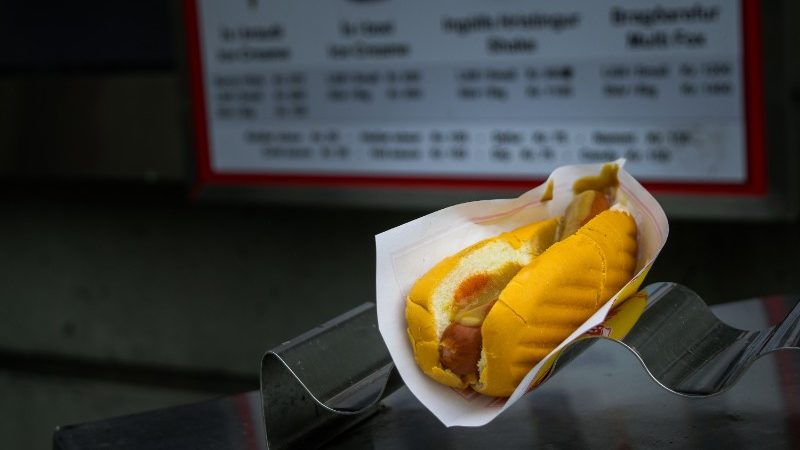 This list wouldn’t be complete without mentioning the infamous Icelandic hot dog, also known as a pylsur. The locals are all too familiar with Bæjarins Beztu Pylsur, with many frequenting the famous hot dog stand on a regular basis – especially after a night of drinking. Located in the center of Reykjavik, join the que and indulge in a flavoursome blend of lamb, beef and pork. Order it með öllu (with everything) for a real treat.

Where there is wonderful, there’s usually also weird – which is especially the case with Icelandic cuisine. Among the weirdest meals are sheep head, fermented shark and rams testicles. Although you have a better chance of spotting an elf than seeing a group of locals eating one of these dishes, they are still available to daring tourists at selected restaurants.

It’s also worth highlighting the misconception that whale meat is a traditional Icelandic food. It’s not, and the large majority of people consuming it are tourists who have been lured in by the idea that it is a local specialty.

Why not try Reyka? Filtered through ancient lava rocks and made from glacial water, this vodka is distilled and bottled in Iceland and has made a name for itself by being the world’s first ‘green’ vodka.

Ready to indulge your palate in an Icelandic culinary experience? Join us for an adventure around Iceland now.

I’m an Australian-based content creator with a serious case of restless feet. Escaping to a new destination every chance I get, I love writing about the people, cultures and unfamiliarity that I come across, while slowly making my scratch map more colourful.

Leaving a comment to say thanks for this helpful article. My girlfriend and I visited Iceland for New Year to welcome in 2020 (didn’t know it would be so crazy back then) and we used a lot of the advice in this post. I was inspired me to start my own blog a couple of weeks back (bad timing to be honest) and one of my first posts is about the great Icelandic food we ate: https://horotravelmemories.com/food-in-iceland-best-things-to-try/

Very nice written blog… I really like all the pictures which you upload above .. when I went to Iceland than I really enjoyed all the local cuisines there… it’s so tasty and yummy… I can’t forget its taste…..