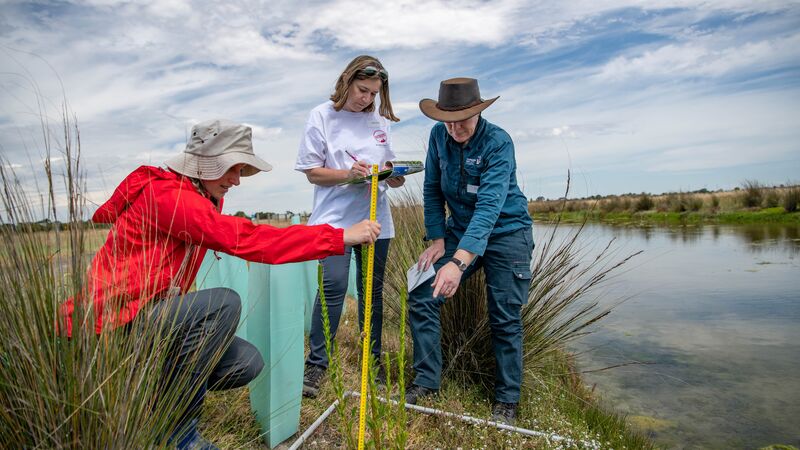 When it comes to conservation, rainforests and reefs get plenty of attention. But there are many other biodiverse areas that play a critical role in helping to make the planet a habitable place. Wetland environments are one of those overlooked ecosystems scientists are now focusing on.

As a part of the Victorian Coastal Wetland Restoration program, Deakin University’s Blue Carbon Lab is harnessing innovative research techniques to learn more about how wetland ecosystems – like mangroves, tidal marshes and seagrass meadows – are mitigating the impacts of climate change.

Introduced species and land clearing for farming and other uses is leading to the widespread destruction of wetland habitats in the Port Phillip Bay area of Victoria, so the work of Blue Carbon Lab is nothing short of essential.

Planting carbon-sequestering trees may be a popular way to moderate carbon emissions, yet there’s a more efficient way to draw down carbon: restoring and protecting coastal wetlands. Carbon captured by oceans and coastal ecosystems is called blue carbon.

While it’s not a zero-sum game (tree planting and forest preservation are still vital), wetlands restoration offers bang for your buck if you want to donate your time or money to a conservation cause with maximum impact.

But how are the carbon storage capabilities of these ecosystems measured? Soil coring is a method used to analyse the amount of carbon that has accumulated in an ecosystem over time. Blue Carbon Lab is now using soil coring technology to unravel the mysteries held within the mud.

“People might be familiar with the concept of taking ice cores in the Antarctic to reconstruct historical timelines. You can actually do the same in coastal wetlands. When we take a core in the salt marshes, seagrass or mangroves, we can look at what has changed in that ecosystem over time,” Paul explains.

One ecosystem, many benefits

Apart from storing carbon, Victoria’s coastal wetlands also serve as a habitat for many native animal species, including the critically endangered orange-bellied parrot, one of only a few migratory parrot species in the world.

“Orange-bellied parrots are highly dependent on coastal salt marshes. In winter, they fly all the way up here from Tasmania, just to spend time in the salt marshes in and around Port Phillip Bay. It’s a critical habitat for them and potentially a part of the reason that they haven’t been doing so well is the historic decline of that habitat,” says Paul.

The area is also of high importance to the Wadawurrung Traditional Owners. Before colonisation, native plants and animal species would have proliferated in the area. These days, rabbits, introduced plants and weeds are upsetting the balance.

Discussions with Traditional Owners revealed that eradicating weeds and other invasive species at this significant cultural site will help to restore connections back to Country. “These non-native plants are just another reminder of the European colonisation of the area,” Paul says.

While scientific understanding is crucial to saving these ecosystems, you don’t need a PhD to contribute to the conservation and regeneration of coastal wetlands.

“The thing I really like about our citizen science programs is that we’re not just collecting data for data’s sake. A number of scientific publications came out recently using data from our program. This amazing army of people is actually helping to advance the science,” says Paul.

Intrepid staff recently attended a citizen science workshop at Point Lillias, about an hour from Melbourne. After being welcomed by Wadawurrung Traditional Owners, the group helped researchers monitor vegetation and identify invasive weeds such as artichoke thistle and Paterson’s curse, which represent a threat to native plant species.

Paul adds that the data collected by this citizen science project will inform restoration efforts in the future. “Since European colonisation, we’ve lost close to half of our coastal marshes in Port Phillip Bay. But with the help of funding from The Intrepid Foundation, we’re able to do this great work on the ground to restore these lost ecosystems.”

Want to support the Blue Carbon Lab? You can, via The Intrepid Foundation. Find out more here. 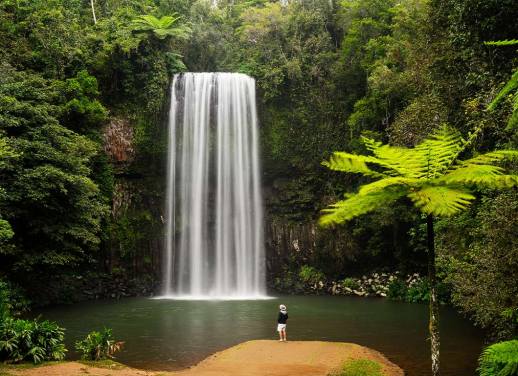 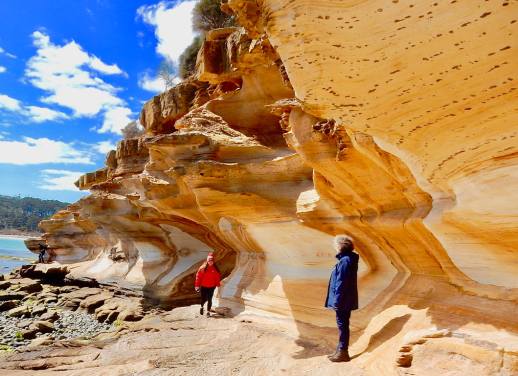 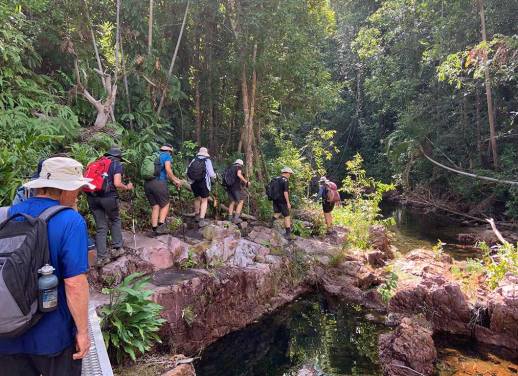