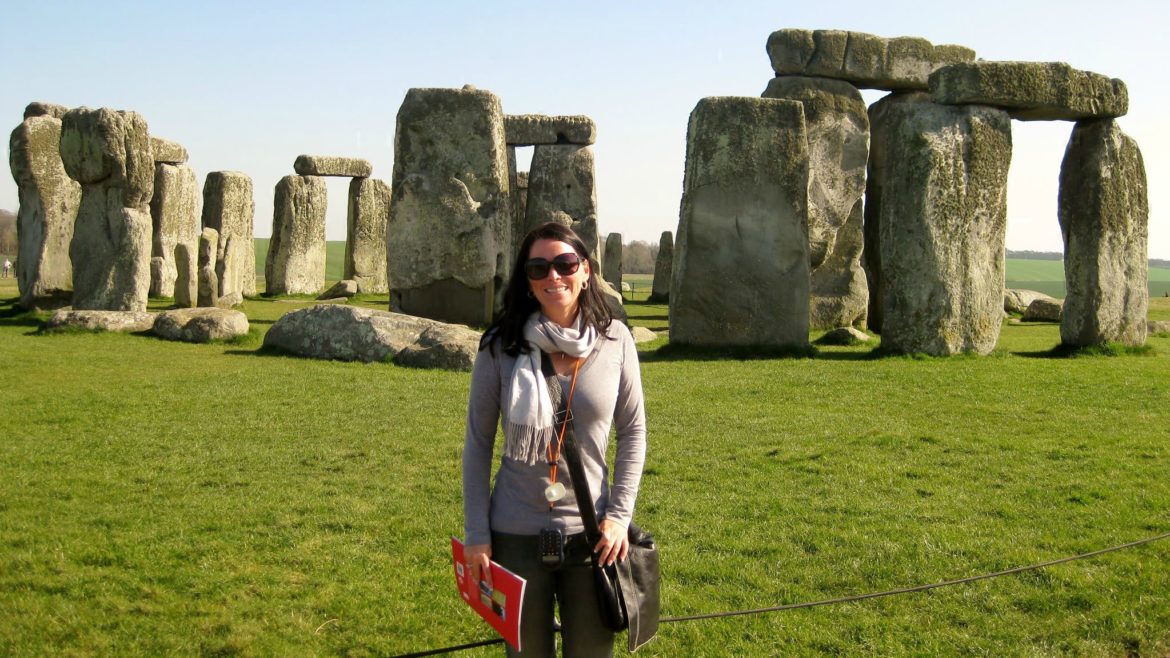 When my 11th grade English class was assigned the task of writing a list of 10 things we wanted to accomplish before we died, I expect the teacher was just trying to occupy us during an otherwise unproductive hour before a holiday. For me, though, that piece of notebook paper took on a life of its own.

10 years later I stood in my kitchen, list in hand (though by then it had grown to 200+ entries in a purple spiral-bound notebook), explaining to my new husband that I was afraid I’d never check off anything on my bucket list if I didn’t start soon. “Ok,” he said. “So pick something and let’s go do it.”

Finding it impossible to prioritize such a huge list, I enlisted the help of a random number generator I found online and let it choose for me. I held my breath as the website spat out my randomly selected answer:  #92- Sail down the Amazon. Too excited to sleep, I stayed up late into the night, researching jungle tours in the glow of my laptop screen. 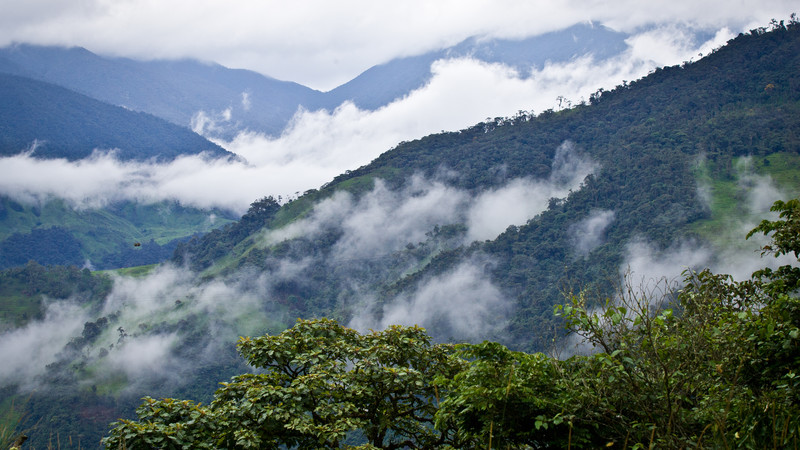 Three weeks later I was planning a trip to Morocco, and then an Alaskan cruise. For every adventure I randomly chose, there was always a reason we couldn’t go. Too far, too expensive, too different.

We had only been married for a few months, but I suddenly saw my future self: decades later, same job, same tiny condo in the same tiny Orlando suburb, miserable and feeling like I had wasted the best years of my life. ‘I can’t do this,’ I remember thinking. ‘I’m too young to throw my life away.’

A few weeks later, alone, I was stretched out on my new couch in my new apartment, drinking a glass of wine and taking in the space I was now calling home. It was tiny and dark with paper thin walls, but it was mine, and I felt a delicious sense of anticipation when I looked at the notebook on my lap and realized I could finally choose anything on it and no one was going to tell me no.

Feeling like I was letting the universe decide my fate, I fired up my random algorithm one more time. This is it, I thought. This is going to be the adventure that changes my life.

I vaguely remembered reading Rudyard Kipling years ago. Great. Where exactly is Mandalay? 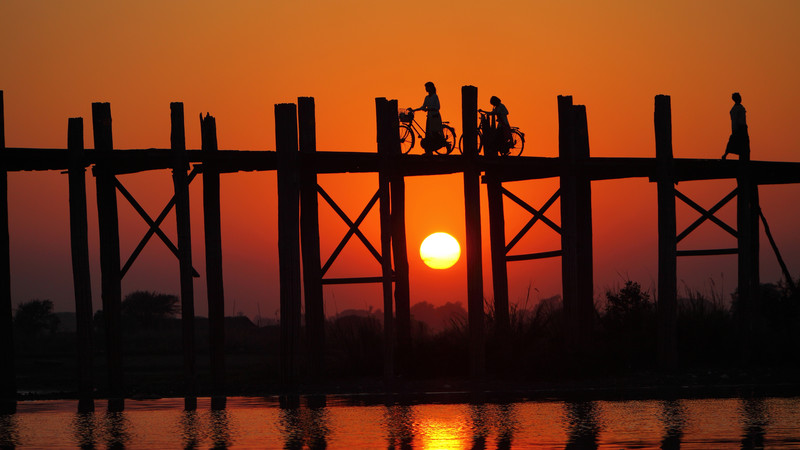 Burma, as it turns out. Or Myanmar, if you prefer. I ordered piles of books and learned the distinction between the names. And the language, the food, the culture. It all sounded magnificent…until it was time to book my flight. That’s when the panic set in. I was going to fly to the other side of the world, to a country that, in 2009, the US State Department still deemed off-limits and too dangerous to visit, a country none of my friends had ever heard of. I was 29, I had never traveled solo before, and had only ever left the United States twice. Once as a 16-year-old student on a brief French exchange trip with dozens of other students, and the previous year on a 9-hour foray into a Mexican port city while on a cruise.

My heart pounded for a month after I sent off my passport and visa application. I thought I might have an anxiety attack the day I booked my flight. But I didn’t. And I didn’t have one the day I got on the plane, either. I might have had a small one my first night in Yangon, when it finally hit me how far away and all alone I was, and maybe, just maybe, I cried into my threadbare hotel pillow for a few hours in the sleepless night.

A little after 5am, the sky started to lighten and I could smell the most wonderful aromas drifting up from the alleys below. Street vendors were cooking over open fires on nearly every corner, and I could see throngs of tangerine-robed and bald-headed monks winding through the streets, holding small wooden bowls. I had to go and explore.

I returned hours later, memory card full and mind overflowing with notes for my journal. From the way the sun glinted off the stupa of nearby Shwedagon Pagoda to the way the monks released small caged birds on the sidewalks, I didn’t want to forget a single detail. 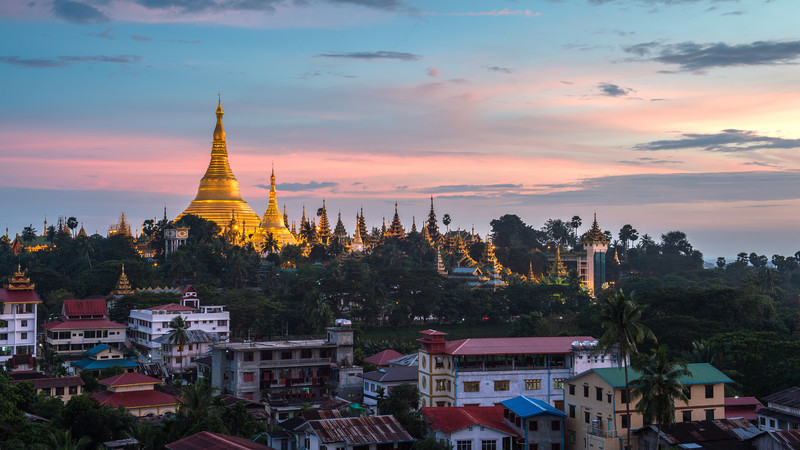 It was official. I was hooked.

That’s not to say the remaining two weeks of my trip weren’t without incident. I was woefully unprepared but gloriously ripe for experiencing every good and bad aspect of this exotic country. There is a point in every trip, I’ve learned, when you have to look up from your guidebook and let yourself be lost and curious and childlike and get caught up in the overwhelming otherness of the destination. This will always be my very favorite part of travel.

My anxiety ebbed and flowed during my two week trip. There were many times I skipped dinner to return to my hotel and cocoon myself in my room, too overwhelmed for any more exploration.

But then there were the magical parts. The pure, blissful moments of absolute wonder that removed every last piece of doubt about why I was there and what I had given up to come. Sitting on the wide marble window ledge of a Mandalay hotel room, listening to the call to prayer from the mosque next door, hugging my knees and letting the ancient call resonate through me. Riding in a horse cart through Bagan and watching two young boys drop their bikes and cheer when they realized I was an American. Climbing to the top of an ancient temple with a guide who stopped and bowed to me, his hands clasped in prayer, as he discovered I was a funeral director and was therefore, in his eyes, to be revered as the highest of monks.

READ MORE: AN INTERVIEW WITH LESLIE, THE FUNERAL DIRECTOR WHO QUIT HER JOB TO TRAVEL

As I boarded the plane home, I was simultaneously relieved and heartbroken. I couldn’t wait to sleep in my own bed, even though I desperately wanted to stay. But as soon as I walked in my front door that night, I sat down on my couch with a glass of wine, fondly flipped through my bucket list notebook, and prepared to let the universe choose my next adventure.

Eventually, I quit my job and started writing about my travels. I’ve learned as much about myself as I have about the world, and I can’t imagine I would be the person I am today if I stayed in that marriage, that job, that town, that life. 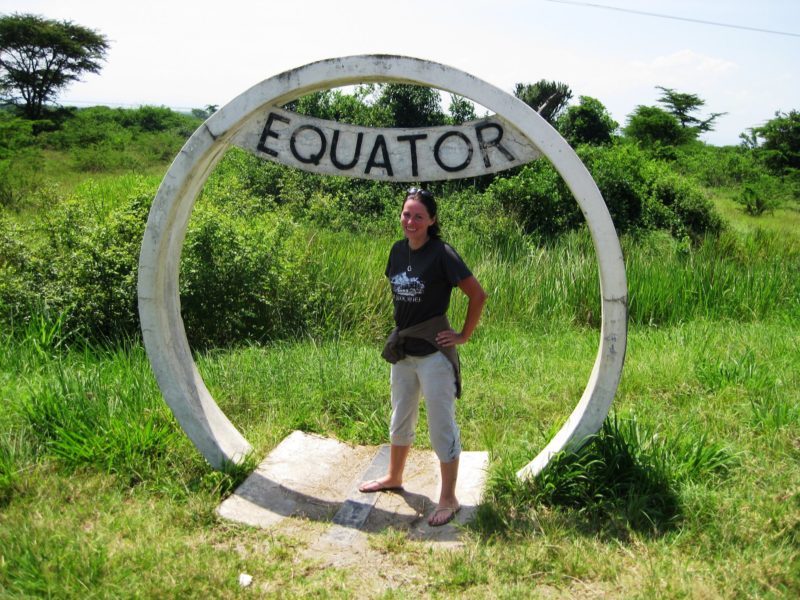 I used to take my education for granted, until I sat shamefaced in a restaurant in India while my waiter cried to me that he wanted so badly to come to the United States to study, but had been denied over and over for a visa.

I used to watch hours of mindless television to pass the time. After staring into the eyes of a curious mountain gorilla in the middle of a misty Ugandan tea plantation, feeling the cold splash of a massive killer whale breaching the water alongside my boat, and evading government spies with the aid of an elderly Buddhist monk, there’s not much on the TV that can keep my attention.

I used to be wary of strangers, until an old Muslim man in Sri Lanka brought me an order of hot chicken samosas carefully wrapped in newspaper to ensure I would return home with a warm feeling about his ancient walled city.

Regular panic attacks once crippled my life, and I was afraid to do so many things on my own. Becoming a solo world traveler made me realize I had stores of courage I had never imagined. 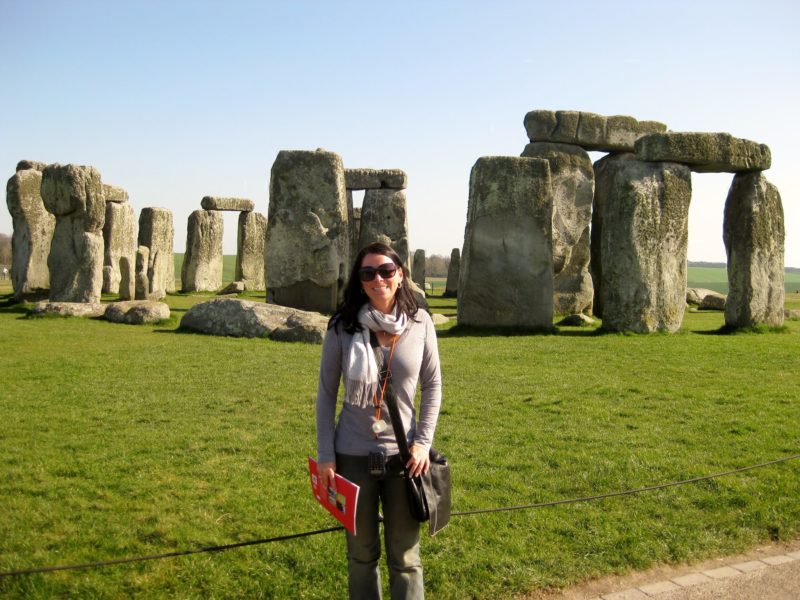 The girl who once sat out a school field trip due to fear of venturing into a neighboring city was suddenly sailing down the Nile and wandering the back alleys of Jakarta, alone and empowered.

It has now been more than 10 years since I decided to focus on fulfilling my own dreams first. Men and jobs have come and gone, but the one constant in my life has been checking off my bucket list as fast as I possibly can.

As I settle down with my old purple notebook and a glass of wine to find out what the universe has in store for me next, I can’t imagine living any other way.

Ready for a solo adventure of your own? Check out Intrepid’s range of tours just for solo travelers! 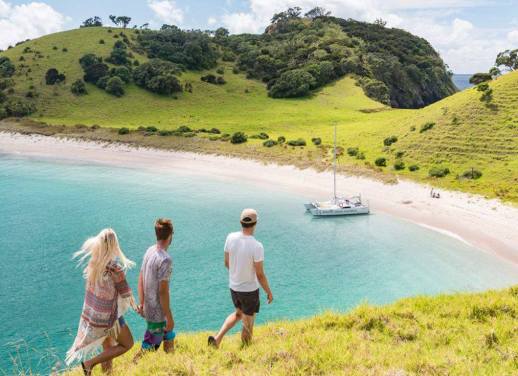 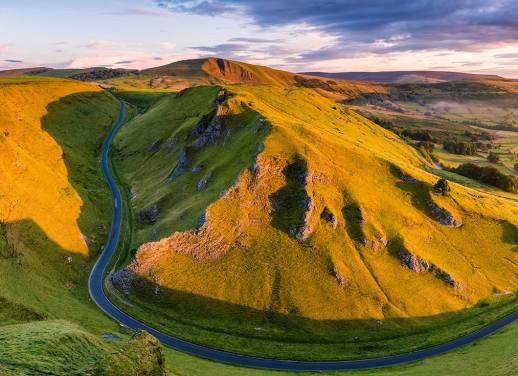 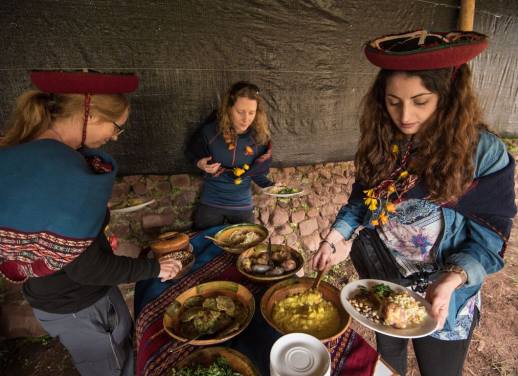 This is so inspiring and you go girl! Tick off that WHOLE bucket list. I share the Ugandan equator with you, pretty awesome eh?! Travel is one the best things we are able to do as humans. Explore and take everything in!

Wonderful story, and reinforces why we do what we do!!

I want your job! Great story. Today I caught the bus in India and I was the only westerner. Everyone took such good care of me and made sure I got off at the right stop. It was one of those moments I’ll never forget.

Felt that, lived that, did too! Awesome to read someone else’s words that resonate so much with my own and to feel my heart beat faster at those words as much as travel runs through our veins.
Great reminder of dreams still waiting to come true!
Enjoy the road!

Is it possible to get an idea of some of the things on your bucket list? or at least the ones you rated the best? 🙂

She seems like many of the cool kids I’ve encountered. Life should be an adventure at least for some of us.