Explore the wonders of Cape Town and indulge on a tour through the Winelands.

Walk, munch and sip your way through Cape Town and the Cape Winelands. Boasting the best wines in South Africa, journey along the stunning Cape Peninsula to Stellenbosch and take a step back in history. From colonisation and slavery to the abolishment of the apartheid regime, learn how this nation is overcoming it’s turbulent past to become the friendly, modern and upbeat society it is today. As the most popular tourist destination in South Africa, prepare for Cape Town’s pleasant weather, welcoming residents and incredible natural setting to steal your heart. 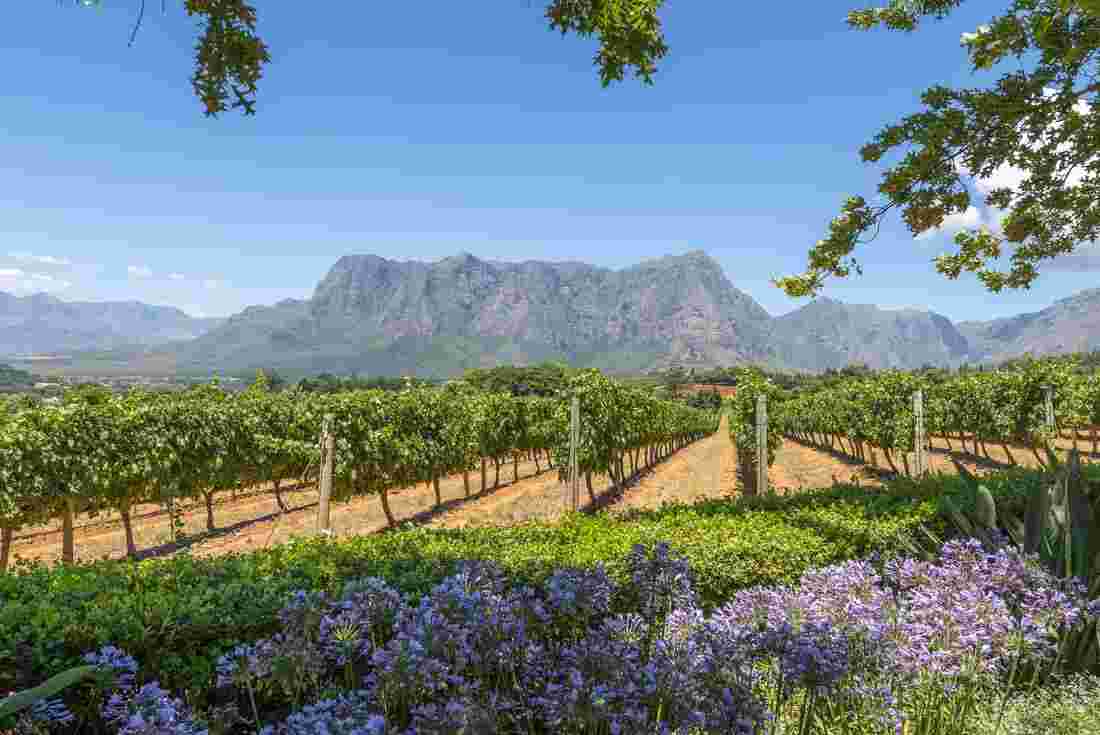 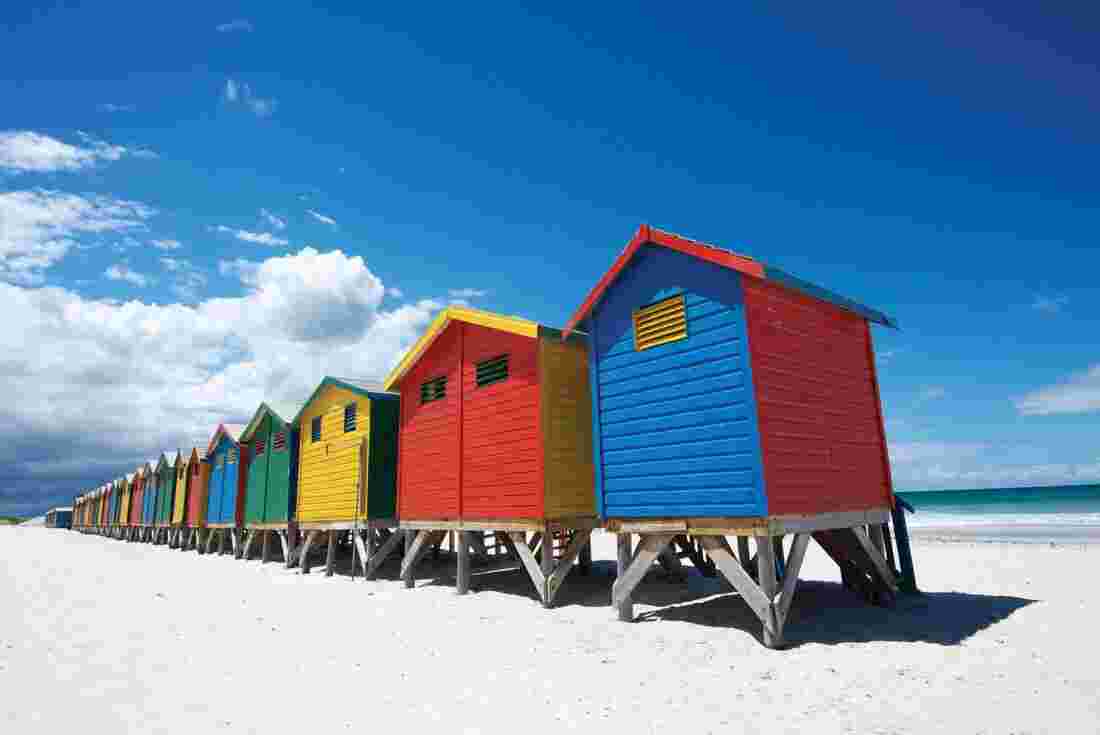 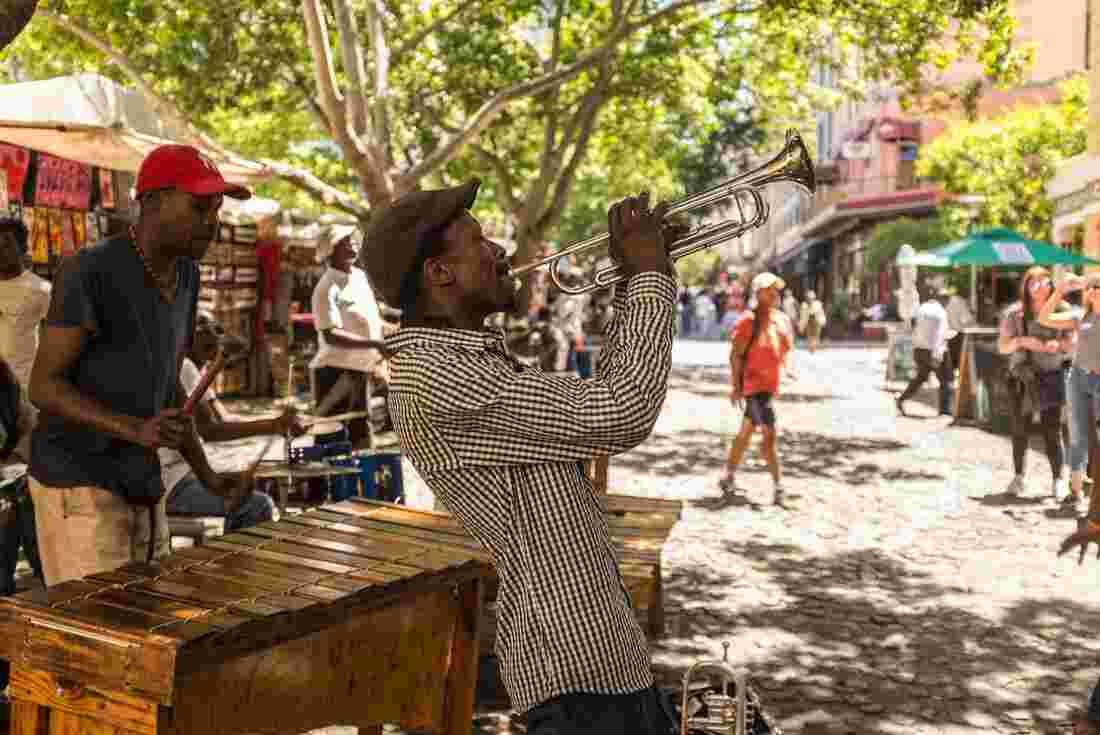 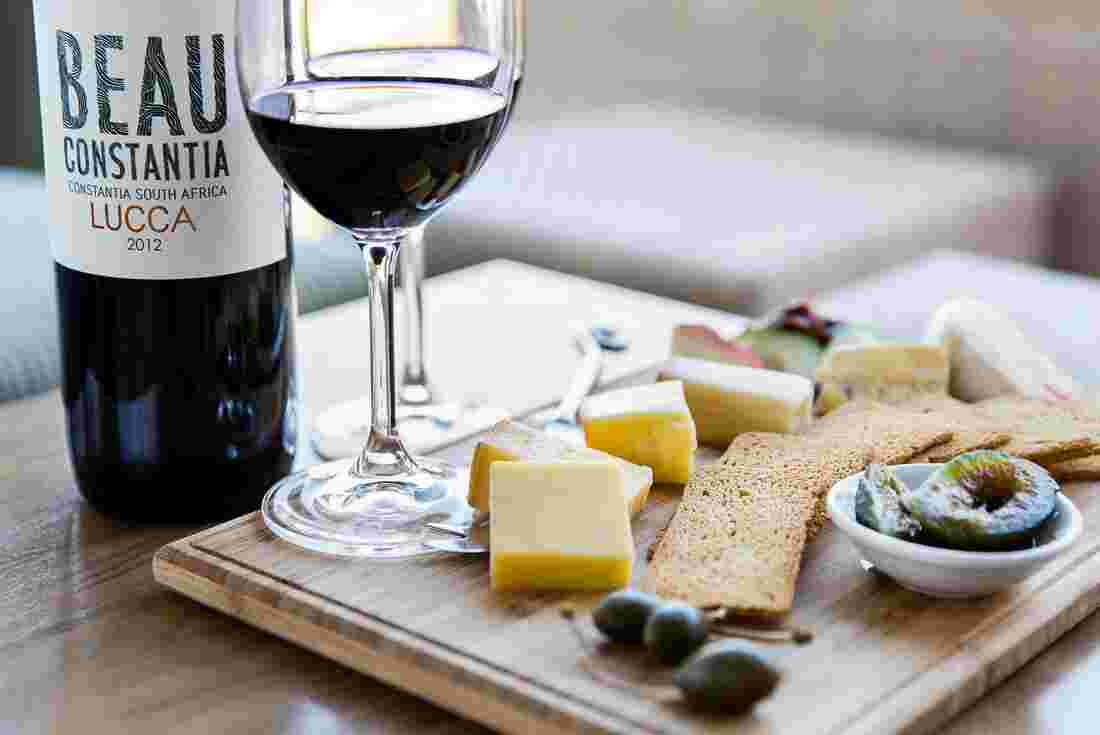 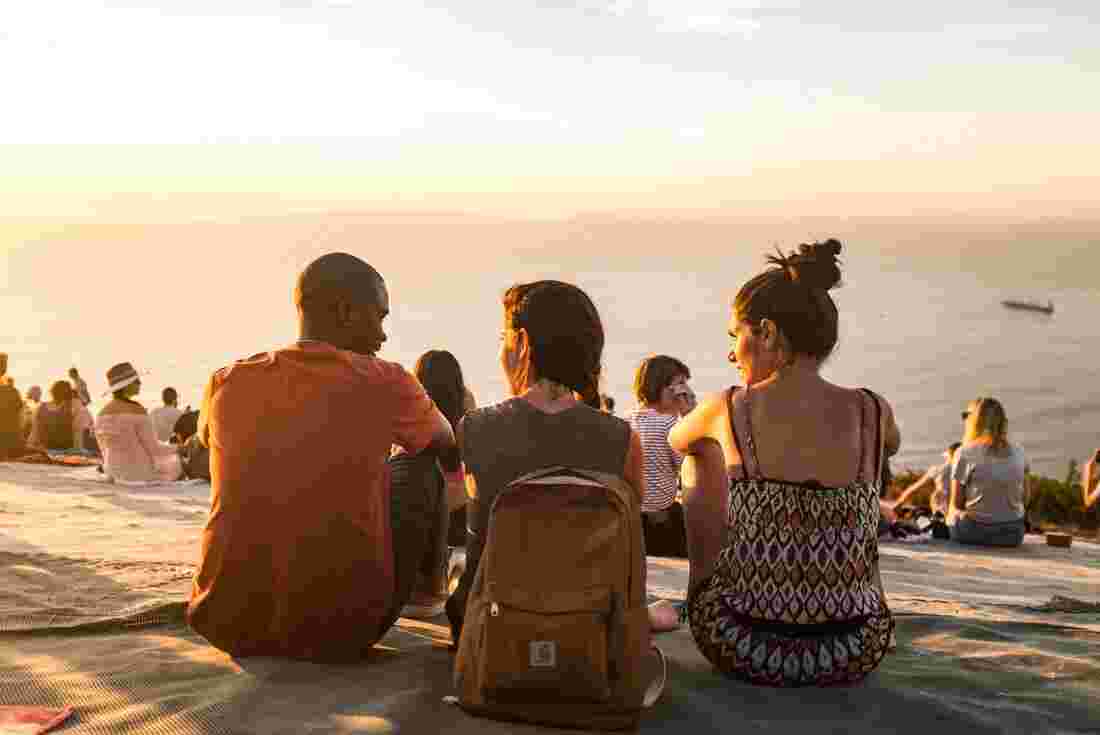 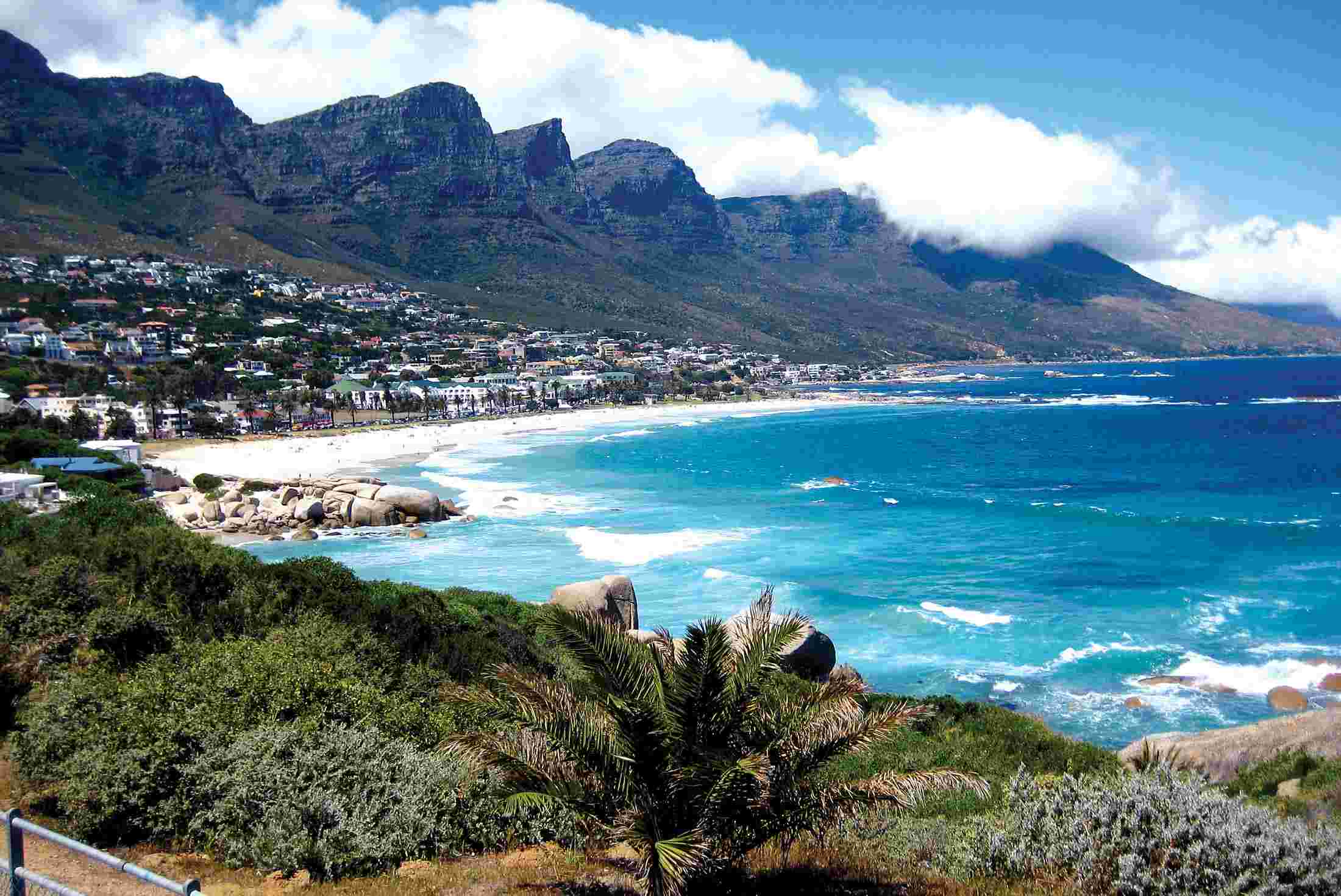 Sawubona! Welcome to South Africa.
On arrival in Cape Town, you’ll be met by our local operator who’ll transfer you to your hotel.
With its stunning coastline, dominating mountain and modern cityscape, Cape Town is one of Africa's most appealing cities. With vineyards on its doorstep, adventure activities around every other corner and plenty of restaurants and cafes to while away the time, Cape Town is a very easy city to spend some extra time in.
If you have extra time, Cape Town, with its internationally recognised beaches, is a great place to kick back and relax. If you'd rather get active, hop inside the revolving cable car and set off on one of hundreds of hiking trails that criss cross Table Mountain to its summit, stopping off the admire the views of Camps Bay below. If you've got energy left perhaps strap on a harness and abseil down. Other attractions worth a visit include the Kirstenbosch National Botanical Gardens, Robben Island, and the Cape Point Nature Reserve.

Today retrace 350 years of Cape Town’s dramatic history on a three-hour walking tour. The route will take in historical sights such as the Castle of Good Hope, Grand Parade, and significant historic slavery sites such as the Slave Lodge and Slave Tree. Stop out the front of the Parliament Building and District Six Museum, learn about apartheid and gain valuable insight into the effects of racism and discrimination on the lives of ordinary South Africans. Follow the Footsteps to Freedom tour guides in Government Avenue and hear about Cape Town’s three Nobel Peace Prize-winners: Desmond Tutu, Nelson Mandela and Frederik Willem De Klerk. Then visit the building where the apartheid laws were passed, and where they were later repealed after De Klerk’s dramatic speech at the opening of Parliament in February 1990. After the tour, perhaps soak up the modern-day energy of the city in Greenmarket Square or St George's Mall.

In the afternoon, travel down the spectacular coast to rugged Cape Peninsula. Some of the highlights including Clifton Beach, Camps Bay, Cape Point Nature Reserve, the Cape of Good Hope and the Boulders Beach Penguins. Don't forget to bring a camera!

In Summer, from October through till the end of February, the Peninsula part of the tour will run first, so as to avoid the queues at Cape Point and Boulder’s penguin colony.

Spend a full day travelling the beautiful Cape Winelands, visiting both colonial and more recent estates for a taste of the region’s best wines. The Winelands region features almost 100 different estates, of which the group will visit three today.

Start off with a cellar tour and a wine tasting at Hidden Valley Estate in the Stellenbosch area. There is also the option of adding a chocolate and wine pairing experience for an additional fee. After learning more about the region’s wine, visit the college town of Stellenbosch. Take an hour to wander the boulevards and town center, then head to the hills and visit Franschhoek. The view of the valley from here, which is lined with manicured rows of vineyards, is spectacular. Soak up the scenery and enjoy a fine wine from La Cabriere Estate. While here, perhaps take the opportunity to lunch at the estate’s gourmet restaurant, or choose to dine at one of the village’s many cafés instead.

In the afternoon, enjoy a relaxing drive to Paarl, driving past the Groot Drakenstein Prison, where Nelson Mandela was released in February 1990. Arrive at Fairview Estate for more wine and cheese tastings before returning Cape Town.

Today you have free time to discover everything that Cape Town has to offer. You can admire the view from the top of Table Mountain, head off to Robben Island - where Nelson Mandela was imprisoned, take in the atmosphere of the V & A Waterfront or experience the Hop-on-hop-off sightseeing tour around Cape Town.

The choice is yours!

Our adventure comes to an end today. There are no activities planned for the final day and you are able to depart the accommodation at any time. Additional accommodation can be booked if you’d like to extend your time in Cape Town.

There are currently no scheduled departures on our Cape Town & Winelands trip. If you are interested in other trips in the region visit one of the links below.

No holiday to South Africa is complete without a safari in Kruger Park. Spot wild...

1. An complimentary arrival transfer is included. Please provide your flight details at the time of booking or a minimum of 15 days before travel.
2. This is a join-in trip, so if other travellers have booked on the same date you may share some activities.