Home » Walking home from the pub (in the Galapagos Islands)
Stories

Walking home from the pub (in the Galapagos Islands) 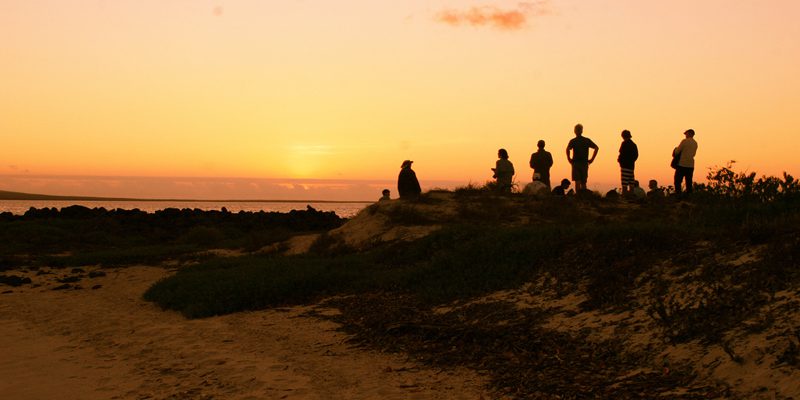 Our first night on the Galapagos‘ San Cristobal Island saw us, rather predictably, at a bar. Amidst a backdrop of reggae music, we set about complimenting our drinks with a game of  magnetic darts. Yes – magnetic darts, not your standard issue spike-tipped things. One can only presume that this non-spike approach is a nod to the Galapagos’ valuable commitment to animal welfare: no harpoons, of any size, here.

Isla San Cristobal (or Chatham, as it’s known) is the easternmost island on the Galapagos Archipelago. It’s also one of the oldest, the island where Darwin first set foot when he jumped off The Beagle in the 1800s.

There were two routes back to our hotel from the pub. We could walk a few minutes down the side streets or detour along the moonlit seafront of the world’s most famous marine reserve.

The decision was a no-brainer. A walk home from the pub in my native England usually consists of weaving along a busy road, trying not to think about kebabs. On Isla San Cristobal there were no kebabs and no cars.

The night was dark and all I could hear was the sound of the waves, oh and sea lions. Loads of them, waddling down the esplanade in the lamplight. This species is unique to the Galapagos, slightly smaller than their Californian cousins, and spend most of their time a few kilometres off the coast, fishing and avoiding pods of roaming orca. Good call. 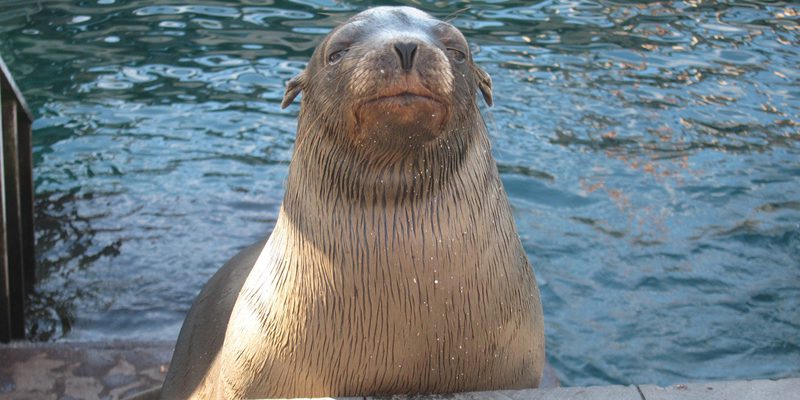 Not the usual rabble you might come across on a walk home from the pub | Image c/o fabfabulous, Flickr

In the Galapagos, there’s a two-metre distance rule when it comes to animals. You can get close enough to look, but not to touch. But the sea lions aren’t really aware of it, and it can be hard to avoid them as they move in groups along the beach. Our five minute walk home took around half an hour as we stopped to film some youngsters out late with their mates near the jetty, and stepped over their mums snoozing in the middle of wooden walkways.

There’s something unexpected around every volcano peak, on every stony shore.

A lot of people use the word ‘’magic’ to describe the Galapagos, but it’s more the way little moments like walking back from the pub are interrupted by nature. There’s something unexpected around every volcano peak, on every stony shore.

For me, a real bonus to our Intrepid Active Galapagos trip was checking out each island’s nightlife. When you’re based in a hotel, it’s a bit rude and insular not to venture out and have a dance with the locals, and Galapagonians are uniformly friendly, welcoming and have that ‘love of life’ island attitude.

For frequent travellers, experiencing a new country or destination is always exciting, but can be a variation on a theme. “Laos is like Thailand was 30 years ago” or “Bagan is the new Angkor Wat”. The Galapagos, as far as I’m aware, are utterly unique. It’s so rare to be able to use that word and actually mean it.

Intrepid runs a variety of trips (both land and sea-based) through the Galapagos. Check out our full range for more information. 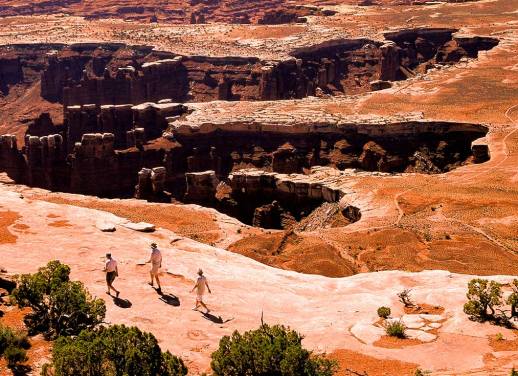 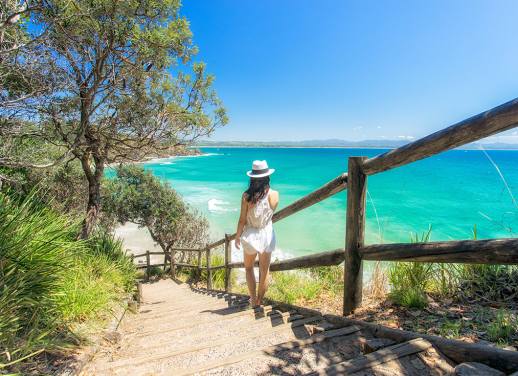 As an Englishman I’ve learned to savour the best things about life on our small island… like real ale and pork scratchings. When travelling… same rules apply. Every so often, stop what you’re doing, look around you… and savour! Drink in the view, inhale the mayhem, or just ponder the funny side of what makes the world go round. Get amongst it!