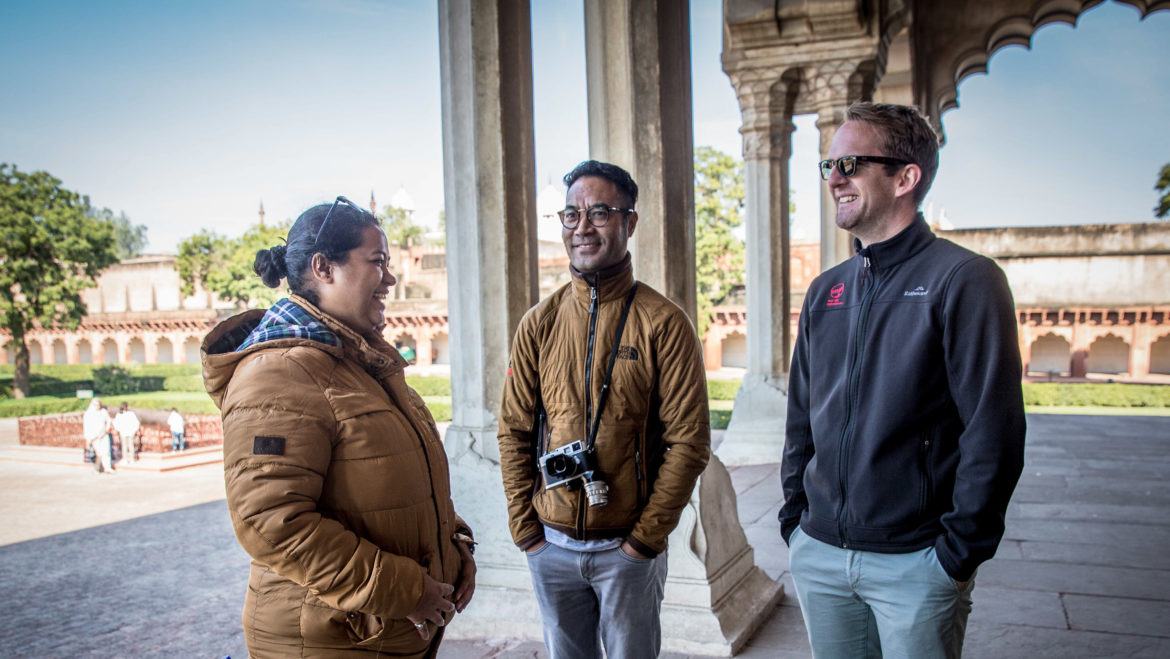 It wasn’t one specific incident that sparked Pravin’s tireless mission. There was no life-changing conversation that made him realize India’s workplace diversity was an issue he could help fix. In fact, for Intrepid’s General Manager in India, the decision to help further gender equality for tour leaders simply came about because of a feeling.

“I really felt there was a need,” he tells me over Skype. “Last year I started to question ‘are we doing enough?’ We were waiting to break into this culture where females are pushed by families and relatives away from the travel industry. So, I decided we really needed to be proactive in recruiting them.”

It sounds simple, but the reality was anything but. And while significant issues around gender and equality in India still exist, Pravin knew he could make an important step in the right direction.

As he explained, office roles get a ton of female candidates in India, but jobs requiring longer-term travel sure don’t. “Women are encouraged to do a nine-to-five and then get back home to cook and look after the family.” A keen photographer, often using Instagram to share his work, Pravin knew that many Indian women were into travel, they just needed the opportunity. “I follow them on Instagram, I know they’re passionate,” he insisted. “So, I created an Instagram post about travel and about the job. At the bottom of it I wrote ‘inviting female candidates’”. 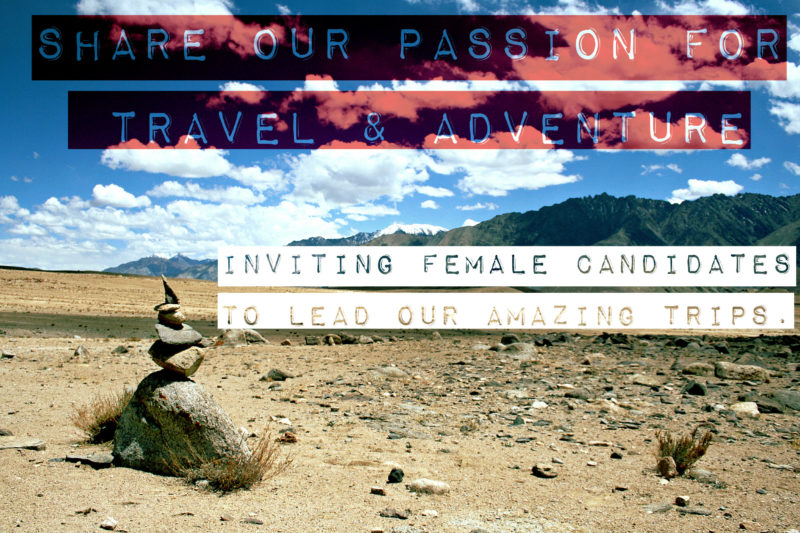 This was one small step, the first of many. From there, Pravin created posters with a similar message. He printed them and took them to cafes and other places where he knew potential female candidates would hang out. He even went so far as to distribute posters to beauticians, to anyone at all who might have an interested friend or girlfriend.

“So, did it work?” I asked Pravin, a little in awe. “It stirred a bit of a crowd on social media” he admits, “But there were not a lot of applicants”. Inspired by the strong females in his life, most notably his mother and wife, the Intrepid GM was not deterred. “We had to restart the mission.” His explanation of how this went is something which should probably form the new dictionary definition of ‘proactive’:

My colleagues and I literally called up potential female candidates who had shown even just a bit of interest. We chatted to them and asked, ‘What is stopping you from doing this?’ We needed to find out what the challenges to applying were. We even asked, ‘Do you want us to talk to your parents?’ We reassured them that it was a safe job, a good job, that if they had the right mindset, we would train them.

Slowly but surely, Pravin’s work began to pay off. Female leaders, once a rarity, became a little more commonplace. From just a handful, there’s now 11, and plans for many more. Today, Intrepid is the largest employer of female tour leaders in India. 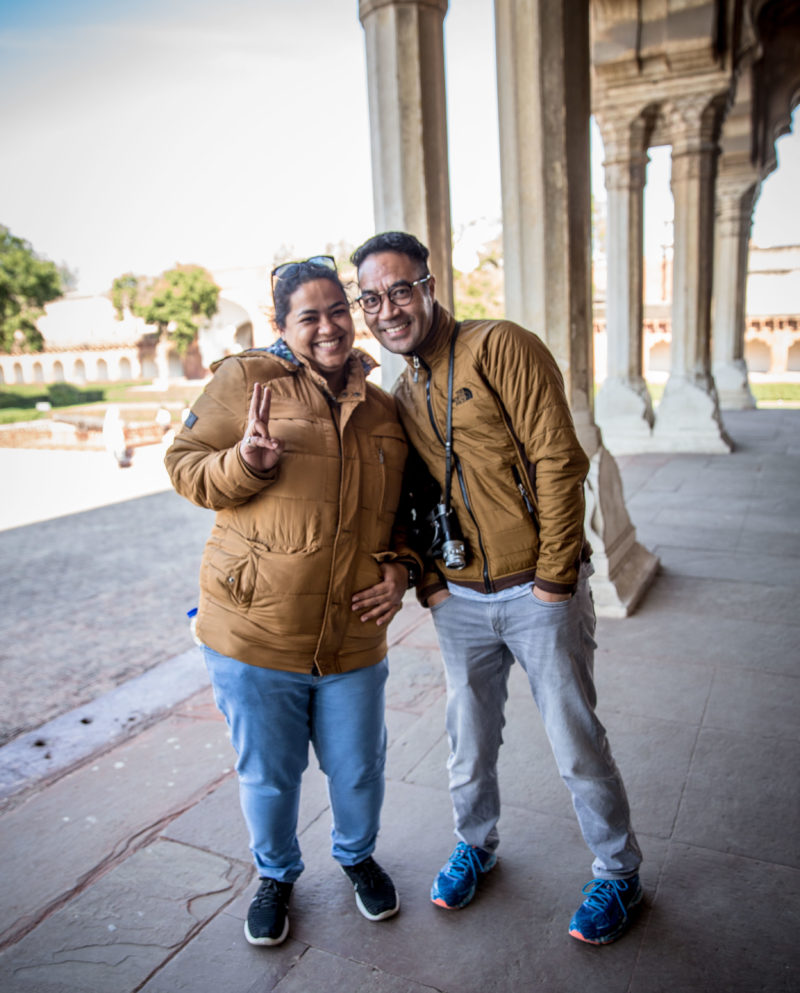 Pravin with Sana, one of Intrepid’s female local leaders

Not that it’s all been plain sailing. After all, hiring more female guides is one thing, but ensuring they can do their job smoothly is another. “The real challenge” he told me, “is to break into the cultural barrier where people only see male tour leaders.” Suppliers in India make for one of the biggest difficulties in this arena. “We have a good selection of suppliers we trust, from hotels to drivers,” says Pravin. “But some suppliers look at the female tour leaders and don’t take them seriously. They think to themselves, ‘This is not our culture, we don’t listen to girls’. So, the leaders have to be strong.”

He cites Sana as an example of a strong leader. You don’t have to take his word for it – publications ranging from The Guardian to Newsweek to Forbes have covered her story, and the story she ultimately symbolizes: female empowerment in one incredibly patriarchal, traditional society.

The woman herself? A 29-year-old female from a Muslim family in Mumbai, Sana struggled through obstacles aplenty to just get the job, let alone be classed as one of Intrepid’s top leaders in India (read her story here). And it was Pravin who decided to send her to Melbourne for an awards night at the company headquarters. “She is brave I tell you!” he exclaims. “She needed to represent India on the international stage. She needed to say ‘I’m female and I’m from India’. She was a great example. We said to potential female applicants, ‘Look at Sana, you can be her’”. 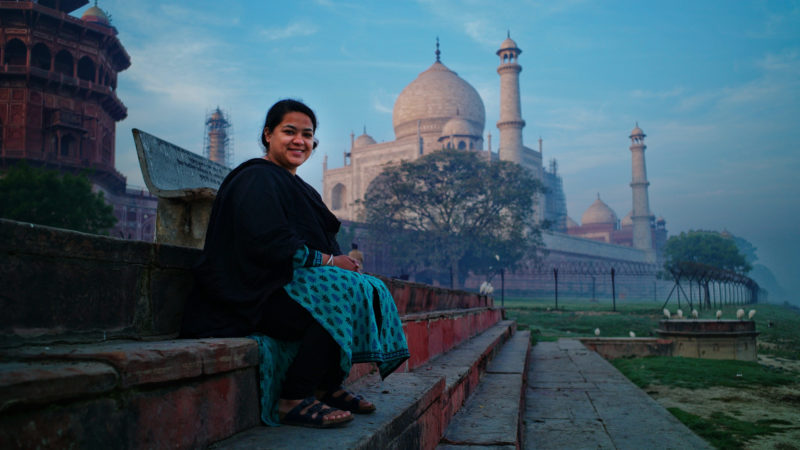 Sana at the Taj Mahal

So, the outlook’s good. Change is happening and Pravin is as focused as he is realistic. He knows how male-dominated touring still is but is adamant that female leaders are “so refreshing”, that they change the perspective of travelers and locals alike.

“There are challenges, but we will get there,” he tells me. “I want a 50:50 ratio.” As does Intrepid more generally – the company is committed to gender balancing its trip leaders. And they’re getting there. Intrepid’s most recent recruitment drive in India received 40 female applicants, ones from all walks of life.

“I believe things are changing here,” reflects Pravin. “It won’t be long before 50% of our leaders are female.” This is a big deal. It’d make Intrepid the first ever travel company in India to achieve this.

Inspired, I ask him how he plans to continue working towards gender equality in India’s travel industry more generally. I wait for some grand and dramatic plan, one that’d be at odds with the thoughtful, reflective man I’m speaking with. Instead, I’m told in no uncertain terms that working towards gender equality is my job too. “Our office in India can only reach so many people,” Pravin tells me. “Our story needs to be got out there. People read magazines and articles. The awareness drive can only happen through you and others.”

I finish our call and start drafting this blog post. What can you do? Well, give it a share. Demand more, challenge norms. Visit India with Intrepid and join us in making our world a more equal place.

Our trips in India show you all the country’s beauty, from a local perspective. Join one of our female leaders there now.

I’ve recently returned from India and our wonderful Intrepid guide was Arpita. A gutsy Indian woman who oozes passion about her beautiful country, loves travelling and who showed great care looking after her Intrepid travellers.