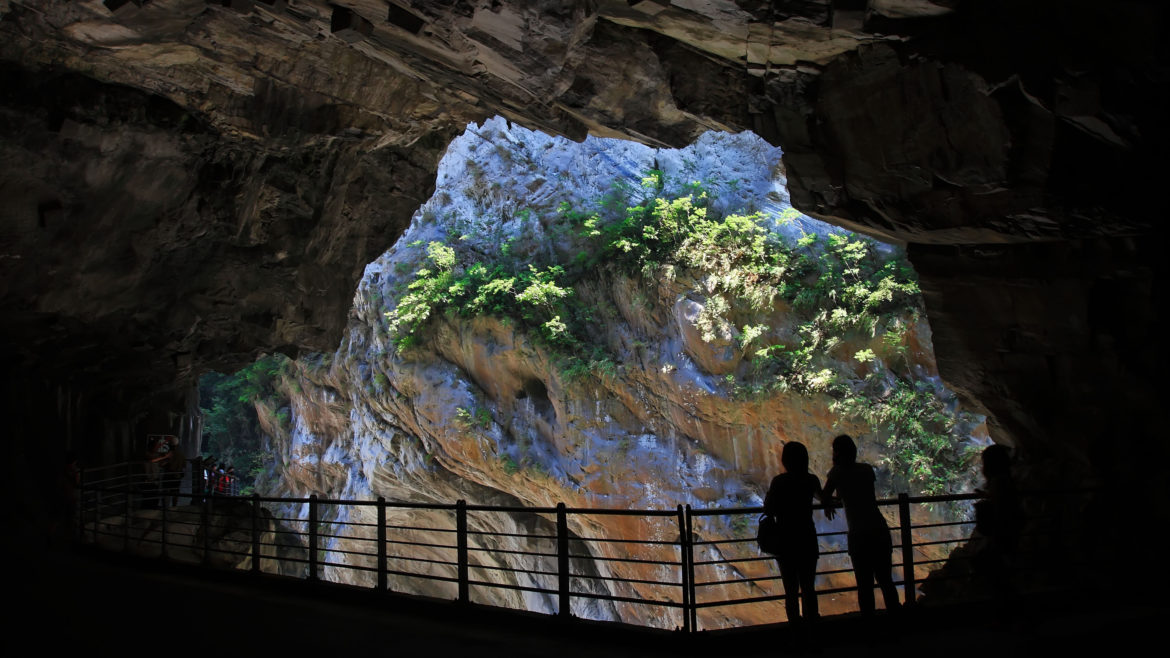 Although surrounded by much larger neighbours in both size and reputation, Taiwan is one seriously underrated destination that offers way more than its small island status may suggest. Landscapes range from warm white sand beaches in the south, to lush tropical forests along its coasts, to the volcanic mountains and geological formations of the north.

While the secret is getting out year after year and more travellers venture there, the majority of visitors stick to the bustling capital Taipei. But for anyone else seeking a taste of the outdoors life, there are almost unlimited options. Taiwan’s original name of Ilha Formosa does mean “beautiful island”, after all. Fortunately for you, we’ve whittled down the unlimited options to just the ultimate five:

Taroko Gorge is composed of the world’s deepest marble canyon, as well as many stunning rugged cliffs and subtropical forests. Formed over millions of years by the jade-coloured Liwu River, the gorge possesses no less than 27 peaks. Taroko was only established as a National Park in 1986 and entry is free. To see it at its best, hop on a bus up to Baiyang Waterfall Trail, then see the sights on a breezy downhill bike ride back to the base. 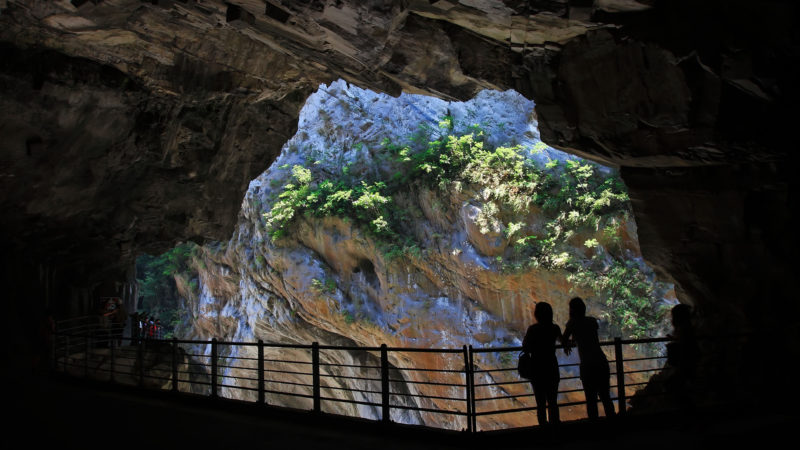 If you prefer travelling on foot, the (long) hike is equally spectacular. I came ready to tackle it and took in the perfect views at Swallow Grotto, before strolling over the suspension bridge and walking through dark tunnels to the Water Sheet Cave, so called for the waterfall pouring down from above. From there, you can make your way to the Eternal Spring Shrine.

Note that a majority of the paths along the gorge are wet and potentially slippery, so wear firmly-soled shoes and rain gear, especially if you’re planning to really experience the Water Sheet Cave. If you’re looking to get even more wet and wild, river tracing is an increasingly popular activity in these parts, where a guide leads you into the Liwu River itself and you wade around the dramatic marble cliffs.

Another famed National Park, the active volcano that forms Yangmingshan – or Yangming Mountain – is actually more of a hill, and so provides an easy hike. Lauded for its cherry blossoms, hot springs, and sulphuric fumaroles, the spot is pretty popular, not least because picnicking is highly encouraged in its many fields. If you are looking to work up a sweat, the Tianmu Trail is a 100-step stairway that leads to pristine green views and a historic industrial site from the 1940s. The Jinbaoli Trail is another hiking option that leads you to the districts of Shilin and Dadaocheng, which are famed for their night markets and seafood vendors. 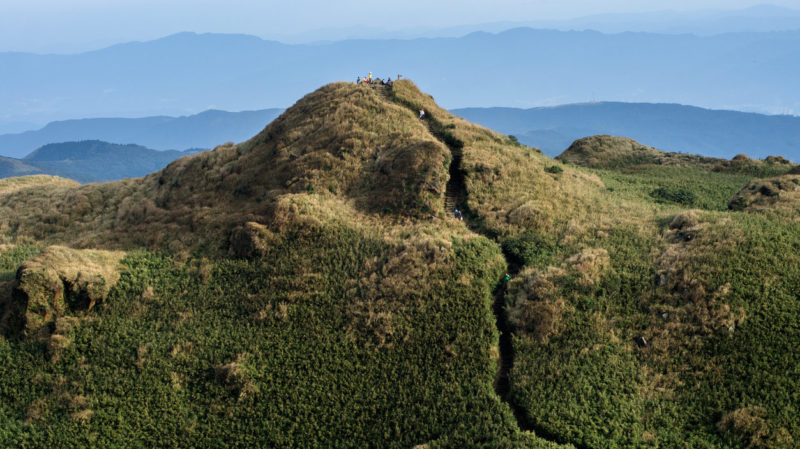 My favourite spot nearby is Mount Datun, a volcanic basin housing the marshy Datun Pond. I visited during the spring season, when the azaleas and rhododendrons were in bloom. I recommend following up a mild hike with a relaxing soak in one of Yangmingshan’s many hot springs resorts.

RELATED: WHY TAIWAN IS ASIA’S NEXT BIG FOOD DESTINATION

If you’re willing to travel a bit further for even better hot springs, the Beitou region is the most famous area for mineral soaking due to its proximity to Taipei, as well as the sulphuric quality of its waters. Sitting at the base of Yangmingshan, visitors can easily access the area by public transport. Once there, walk past the Geothermal Valley – aka Hell Valley – and sniff and appreciate the intensity of its sulphur-fuelled jade waters. Temperatures here reach close to boiling point and are too acidic to swim in, but all the nearby spas offer different themed pools for some proper soaking. The Beitou Outdoor Public Hot Springs are pretty cheap, but do get crowded, so you might want to get a private bath. 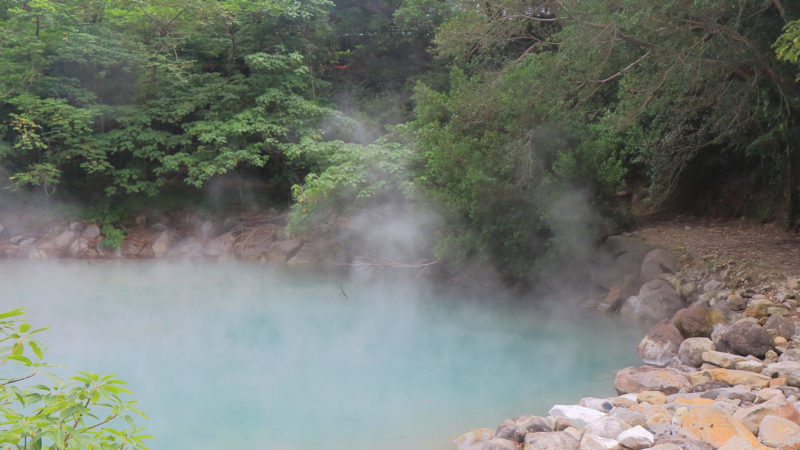 Despite the volume of people, I had a nice time soaking in ginseng water, rose-scented pools, and even a little pond filled with feet-nibbling fish. The locals are extremely friendly and gave me lots of advice on how to stay warm in the cold water pools (ie. don’t move around much – just let your body relax and adjust to the temperature). After a soak, try a delicious bowl of ramen at the popular Man Ke Wu and admire some Japanese-era influenced architecture at the award-winning Beitou Library.

EXPLORE THE HIGHLIGHTS OF TAIWAN ON THIS EPIC 10-DAY TOUR

Pingxi is famous for having the most beautiful waterfalls in Taiwan, and it’s a fun trip to take as well. Head to Sandioaling Station by train and hop on the old school rail line that used to transport coal throughout the mining region; it will first pass through Houtong Cat Village and some mining ruins before reaching the trailhead that leads to a first fall, Hegu. Viewable from a distant platform, the trail then continues on to the more accessible Motian Falls via rope bridges and an increasingly steep hike. Nearby is Pipadong Falls which is open at the bottom, allowing visitors to sit and spend time underneath the water and in front of the stunning forest views. 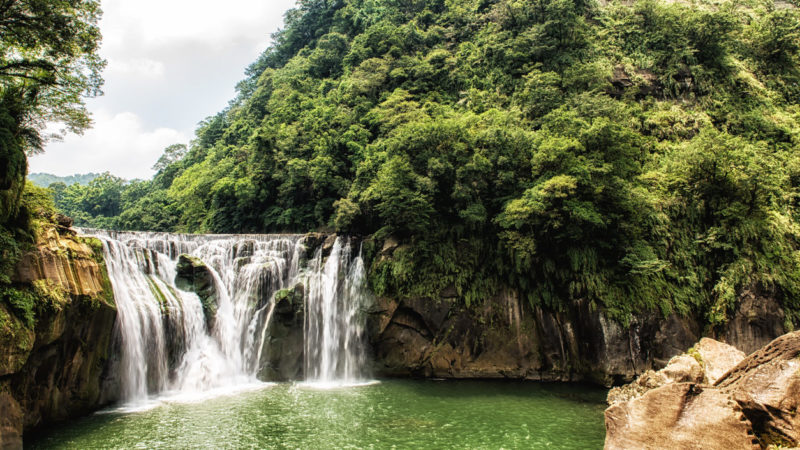 If you do wish to continue the trail into Shifen Falls, several miles away, you’re in for a beautiful sight. The widest waterfall in Taiwan, it’s nicknamed “Little Niagara” and the water flows into a beautiful jade pool. Management of the falls was recently taken over by the government and it’s now free to view, meaning that visitor numbers have increased. After taking in the iconic views, continue on to nearby Shifen Old Street and grab a coffee while touring the historic and picturesque views.

RELATED: THE 15 MOST BEAUTIFUL WATERFALLS IN THE WORLD

Sun Moon Lake is the biggest body of water within Taiwan, and provides both amazing natural and cultural attractions. Three hours out of Taipei, this place in central Nantou County is definitely worth spending a few days at. You can boat over the beautifully blue waters to Lalu Island and try their famous Taiwanese tea eggs, but unfortunately swimming is restricted save during the Mid-Autumn Festival races. 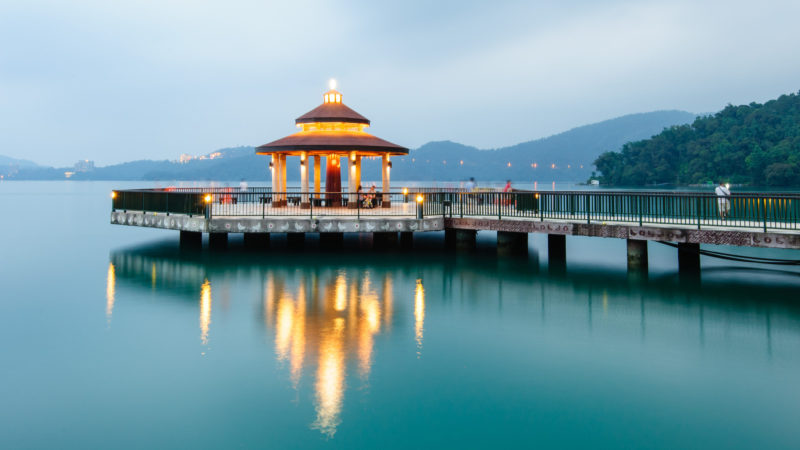 The surrounding town is a great spot for strolling to local stores, eating from the street stalls, and taking in the culture of the aboriginal Thao tribe who call this area home. The Formosan Aboriginal Culture Village holds regular dance and song performances, and is a great spot that gives both the Thao and other tribes across Taiwan a platform for showcasing their beautiful heritage. Bonus points if you happen to visit over cherry blossom season; the snowy pink petals create a stunning contrast against the sky-blue waters.

Ready to explore the incredible array of delights that tiny Taiwan has to offer? Check out our trip there. 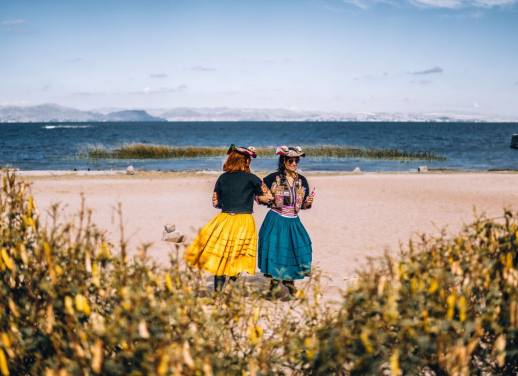 Wow! Who would have though that was all behind the big city scape. Even more reason to explore Taiwan.

The lake and the hot spring sound so interesting.
This island seems really intriguing. I hope I can visit it one time 🙂