Home » Which style of Latin dance suits you?
Features

Which style of Latin dance suits you? 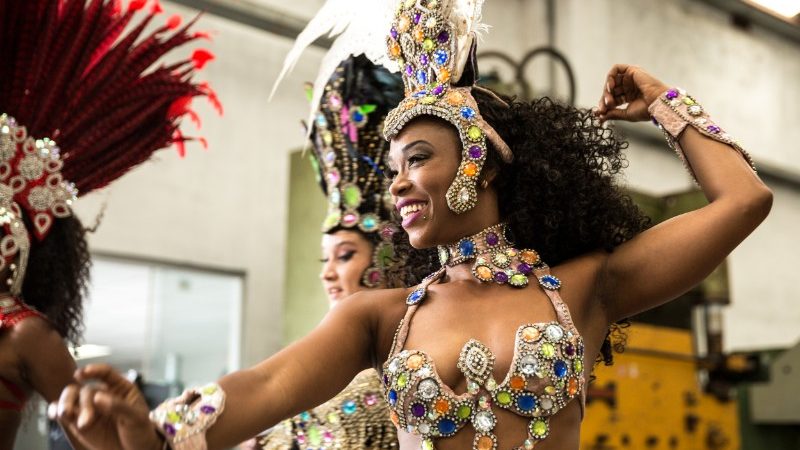 When you travel through Cuba, it’s hard not to get swept up in the rhythms of this colourful region. Whether you’re swaying your hips in a smoky beach bar, or giggling your way through a salsa lesson with a bunch of other foreigners, Latin dance is deeply embedded within the identity of the country.

But, when you’re travelling to Cuba, there are actually a few different dance styles you might encounter. One Intrepid traveller, Elizabeth, recently travelled on our 8-day Beautiful Cuba trip and took part in a dance lesson to learn the basic steps of the salsa, mamba and cha-cha-cha.

“The instructor and her helper were both lovely (and spoke great English) and taught us the basic steps of the salsa, mambo and cha-cha-cha, explains Elizabeth.

“They showed us the steps first and then she counted the steps for us to follow, which was great for beginners. We went through it multiple times and then paired up or could dance alone if we preferred. Everyone got the chance to dance the routine with the instructors. Plus, it was great when we went to a bar that night and got to practise our new moves.” 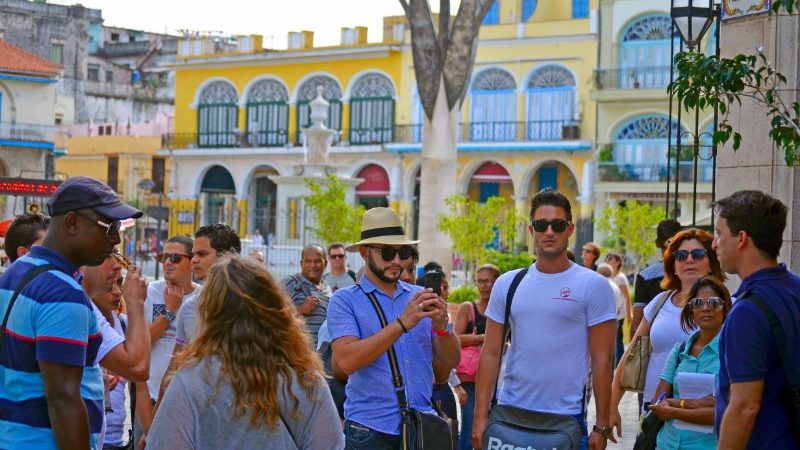 While to the uninitiated, styles of Latin dance might seem similar, there are some key differences. We’ve broken down some of the dances, so you can figure out which one will make your heart race the fastest.

WANT TO TEST YOUR MOVES IN LATIN AMERICA? BOOK ONE OF OUR SMALL GROUP TOURS.

The cha-cha-cha (or the cha-cha as it is also known) gained popularity in the 1950s and is one of the most well-known dance styles of Cuban origins. It is traditionally danced to a song of the same name, composed by Enrique Jorrin. He composed the music and named it to mirror the sound of dancers’ feet, as they danced to a popular rhythm of the time. This dance is quite methodical and can be performed slowly with shuffling steps, so as long as you can count to three you should be fine!

PERFECT FOR: A precise dancer who likes to take it slow, but still wants to have fun.

A bit faster-paced than the cha-cha-cha, the mambo is another style of dance that originated from music composed of the same name. A Cuban bandleader by the name of Prado made the music famous, and the dance was born out of this notoriety. Consequently, Prado was dubbed the Mambo King in the 1950s.

The traditional mambo tends to favour a call-and-response style between partners (think: a dance-off). This means there is quite a bit of individual dancing before the dance partners come together.

PERFECT FOR: A playful dancer, who likes a bit of ‘me-time’ away from their dance partner.

RELATED: I CAME TO CUBA FOR THE CARS AND CIGARS, BUT IT’S THE PEOPLE THAT’LL STAY WITH ME 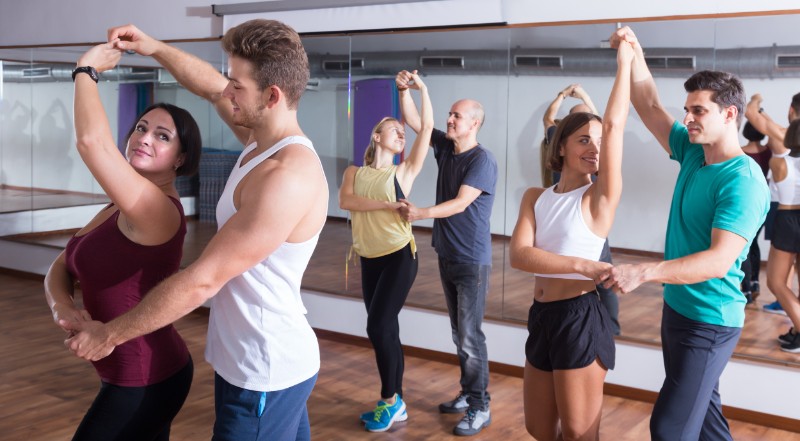 Learning to salsa. By Iakov Filimonov via Shutterstock.

The salsa was born out of earlier versions of the tango, flamenco and mambo and gained mass popularity in the 1970s. Possibly the most recognisable of all the Latin dances, the salsa is sexy, fun and involves the partners playfully circling around each other as they shift their weight from foot to foot. Salsa can be danced to a variety of Latin music – it’s all about beats per minute to ensure the music is fast and rhythmic enough.

PERFECT FOR: A flashy dancer who likes to cut loose on the floor (while staying nice and close to their partner).

Samba music and dance has African roots and became a fully-fledged dance style in Brazil, but nowadays you’ll find samba all over Latin America. With plenty of fast-paced hip-swinging and leg-kicking, the samba is a folk dance that has made its way to the clubs.

Samba is synonymous with Brazil’s Carnaval, but Cubans also make a statement on the world samba stage. Female samba dancers are known for their eye-catching costumes and headwear, brightly coloured and often covered in sparkles, tassles or feathers.

PERFECT FOR: A dancer who loves to be a bit extra – there is nothing subtle about the samba.

Traditionally an Afro-Cuban dance, Cuban rumba music and dance gained popularity as early as the 1920s. The word rumba in Spanish means to party, dance and have fun and this style certainly lives up to that.

Partners dance together quite closely, with many similarities to a salsa in how the partners interact with each other. It uses a box step like a traditional waltz, but due to the flamboyant hip movement will never be confused with one.

PERFECT FOR: A sassy dancer, who loves to have fun and be the life of the party.

If you want to challenge yourself to find your perfect Latin dance style, you can – just book one of our small-group tours in Latin America. Or you can head straight to Cuba, the choice is yours.

All Latin American dances are sensual and passionate!

In your description of the Mambo, you refer to “A Cuban bandleader by the name of Prado”.

Actually the name of that Great musician of all times is PEREZ Prado. Perez being the father’s last name and Prado is the Mother’s Last name.
His full name is Dámaso Perez Prado.

Concerning the origin of the Salsa you say that it was born out of earlier versions of the tango, (and) flamenco. I do agree that it came out of Mambo, but not out of either Tango or Flamenco.

So, how do I know this?
Well, I am an old man that was born in Mexico and I was able to enjoy listening to Perez Prado since he became internationally known in Mexico. I have been teaching dance in the US for more years than most readers here probably have been alive and I was able to see the birth of Salsa in its different variations all over the world.

I think I like the rumba and the salsa the best.